Experiencing VR with Oculus Quest 2 is a grand affair. Stepping into virtual reality and being in control is one of the best experiences a gamer could possibly have. But what if your amazing experience was interrupted by a low-battery notification? Nothing is more annoying than an interrupted gaming session. So, do you want to know how to change batteries in Oculus controller? If yes, you are in the right place! In this article, we are bringing you the perfect guide to learning how to change batteries Oculus Quest 2 controller. Read until the end to comprehensively understand how to replace the Oculus Quest controller battery. 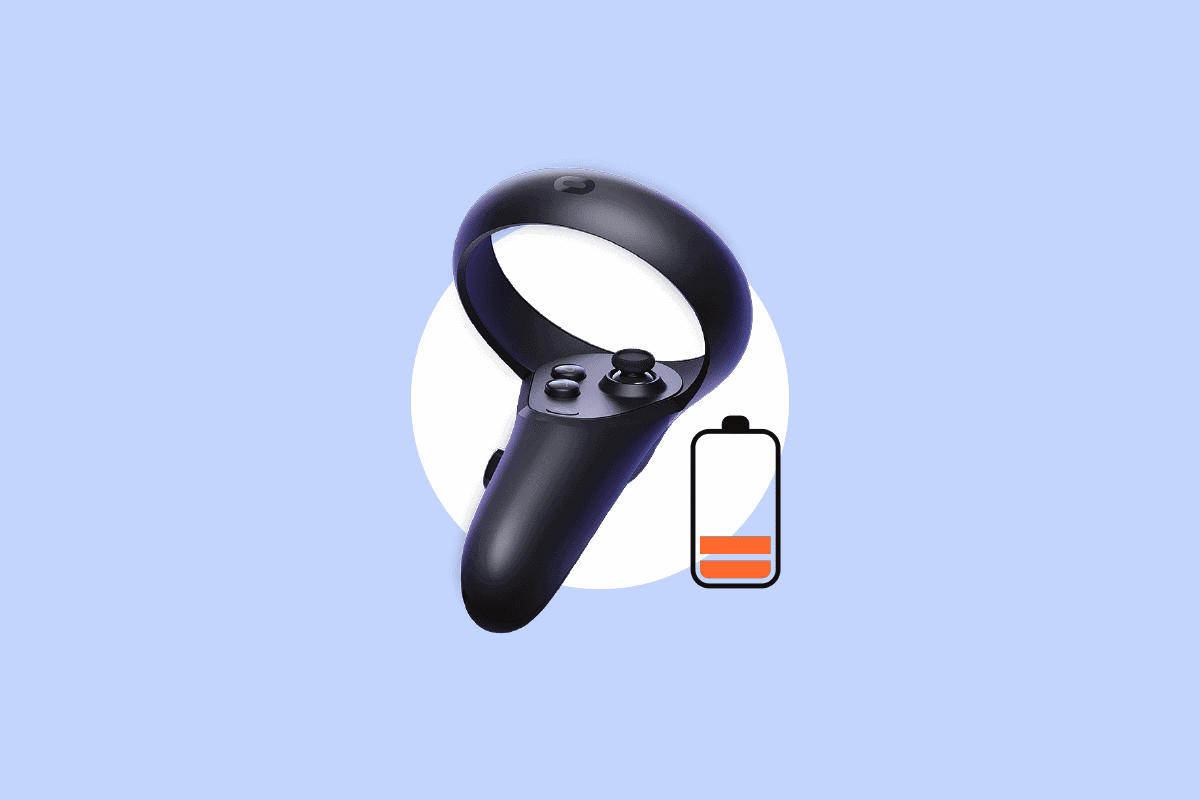 How to Change Batteries in Oculus Controller

Oculus Quest 2, now known as Meta Quest, brings you a cable-free VR experience and improves your experience with a more powerful processor, a lighter design, and a sharper screen. Keep reading to learn more about how to change batteries in Oculus controller.

Why is My Oculus Quest 2 Battery Going Down So Fast?

The Lithium-Ion batteries that are required in the headset for Oculus Quest 2 degrade over time, which results in them running out faster. Also, do you keep your batteries at full charge? Actually, having the battery at full charge is not ideal. A Quest 2 that’s kept at 100% charge will end up with worse battery life after a year or two. So, keeping the batteries at 80% is the best choice.

How Long does the Oculus Last?

With a very short battery life span, Oculus Quest 2 is a rechargeable device, and the whole set needs to be frequently charged, especially the headset, as the controller doesn’t come with an in-built battery. Even though you know how to change batteries in Oculus controller, when fully charged, you can expect the headset to run for about two to three hours, which isn’t a great deal compared to the frequent charging.

How Do I Check My Oculus Battery Life?

We all know that Oculus Quest 2 is a fantastic VR system that provides a tremendous experience for players, but its main and most serious flaw is its short battery life. You have to plug in the battery while using the VR set. No matter how many extra batteries you have or how many you plug in, the battery percentage remains a source of concern.

Thankfully, you can monitor the battery percentage. Here’s how to check the battery level in Oculus Quest 2.

1. On the home view, point your controller to the Quick Settings tray to pull up the menu.

2. Then, point the controller at the top of the menu to see the battery percentage.

1. Open the Oculus app on your phone. 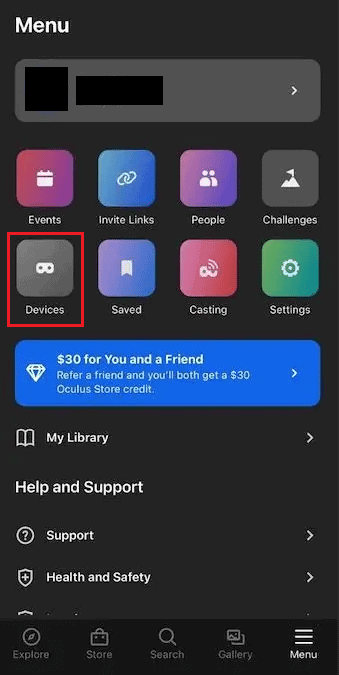 3. Then, tap on the VR icon to see the battery percentage.

Oculus Quest 2 battery replacement is easier than you thought. Here’s how to change batteries in Oculus controller.

1. Hold the controller with the eject icon pointing up.

2. Slide the battery cover upwards with a little pressure.

3. Remove the current battery and replace it with a new battery.

4. Slide the cover back into its place.

5. Repeat these steps with the other controller.

If you have rechargeable AA batteries, you can combine them with a compatible battery charger for a more environmentally friendly option. By doing this, you can have two sets of interchangeable batteries at all times without compromising your gameplay.

How Do I Enable Oculus on PC?

After learning how to change batteries in Oculus controller, let’s see how to enable Oculus on PC. Experiencing VR is an incredible experience that is not limited to your VR headset; you can experience it on your PC as well. But for that, your PC needs to be VR compatible, which means a setup with at least a Windows OS and a USB 3.0 port. Your PC must be powerful enough to run VR content without issue. If your PC is compatible, then you can submerge into VR through your PC as well, meaning that your PC will be doing all the processing, tracking data, and rendering.

Want to know if your PC meets the requirements or not? Have a look at the current requirements.

And now that you know the requirements, you obviously would want to exceed them.

Before proceeding, you will have to download and install Meta Quest 2 on your PC. Then:

1. Turn on your Oculus Quest 2 headset.

3. In the Oculus app, select Allow.

4. Then, select Enable to enable the Oculus link. 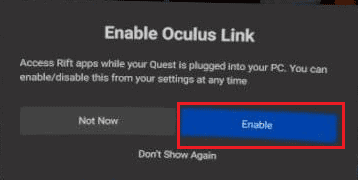 Ans. If your laptop can meet the requirements stated above, it can surely run VR.

Ans. No, Oculus does not require a gaming console or a PC, though you can link it to the PC, the headset alone offers tons of games to play.

Q3. What Battery is Used for Oculus Quest 2?