The Oculus Go VR headset makes it possible for anybody to experience the full potential of virtual reality. The ability to run all of the best VR experiences without requiring a connection to another device is brilliantly balanced. We’ll go over the reasons why your Oculus Go won’t charge in this article. There could be a number of reasons why your Oculus Go headset isn’t charging. If you are an Oculus Go user wonder how long does Oculus Go battery last. If you are someone looking for more information related to Oculus Go, we bring you a helpful guide that will resolve all your queries about how to fix your Oculus not charging. 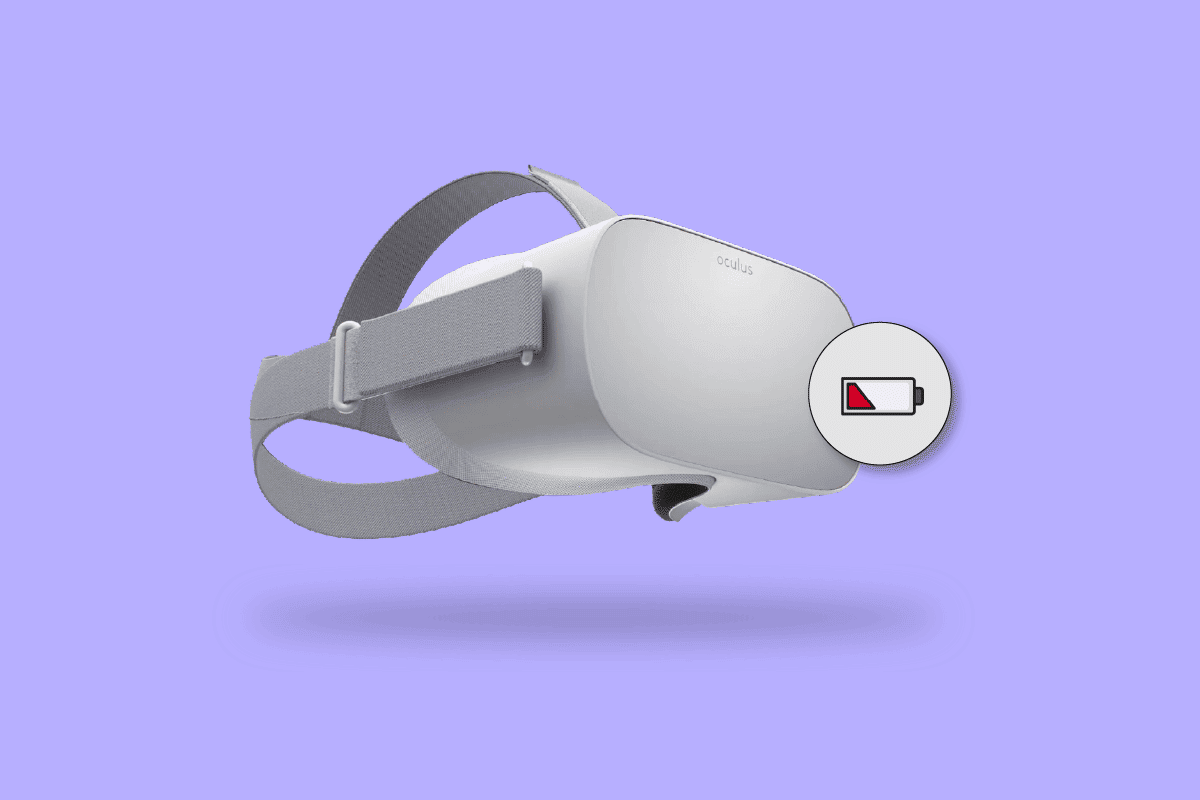 Why Your Oculus Go won’t Charge?

You will get to know why your Oculus Go won’t charge further in this article. Keep reading to learn more about it in detail.

Can You Use Oculus Go while Charging?

No. A separate cooling system is used by Oculus Go. Oculus Go just includes a heatsink, which is the front panel of the headset that passively distributes heat into the air, in contrast to Oculus Quest’s built-in cooling fan. If you use the Oculus Go while it’s charging, it can become too hot. In fact, the Oculus website expressly warns that you should not use Oculus Go while charging. In addition, the Oculus Go’s charging cord is only 3.3 feet long. It is clear that using the headset while it is charging is not meant. 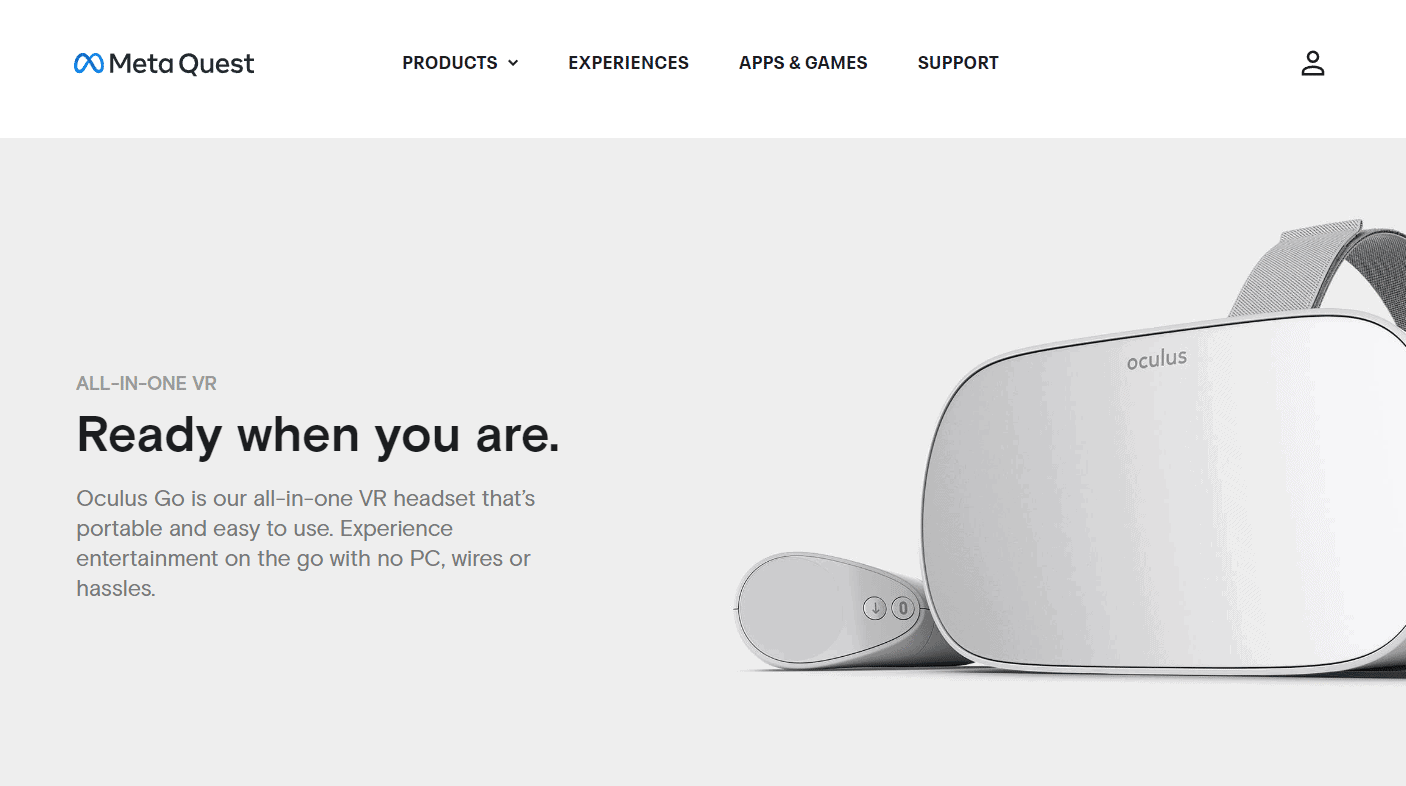 Also Read: 11 Ways to Avoid Heating up Phone while Charging

How Long Does It Take an Oculus Go Battery to Charge?

The Oculus Go can be fully charged with the supplied charger in around 3 hours. It is not recommended to use alternative chargers, including portable battery backups, according to the instruction manual.

The Oculus Go’s built-in 2600mAh Lithium-ion battery provides 1.5 to 2 hours of continuous gameplay or around 2 to 2.5 hours of video viewing. Oculus’ runtime projections are also reasonably accurate. Your headset can last slightly longer than 2 hours when used for both video and games, and almost 3 hours when used simply for Netflix.

Yes. Oculus Go does indeed get too hot, and there are several causes for this. Suppose you linked your Oculus to the wall charger and the internal battery of the Go was less than 60 to 70% charged when you started. In that case, the charger attempts to charge the internal battery simultaneously, which appears to produce some heat. Letting the internal battery level drop below 30% is another factor that can make the Go overheat. As Li-ion batteries begin to produce more heat as their efficiency falls below 30%. Therefore, try to prevent your Go battery from dropping below 30%.

How Do You Know Your Oculus is Charging?

There are a few things you can check if you’re unsure about your Oculus Go is charging or not.

If the Oculus Go still won’t charge, there might be a problem with the battery. You might try taking out and reinstalling the battery to make sure. You might need to get in touch with Oculus customer service if it doesn’t resolve the issue for you.

Also Read: How to Disable Gear VR Service on Android

Why is Your Oculus Charging Slowly?

Your Oculus may be charging slowly for a variety of reasons.

Why is Your Oculus Go Not Turning On?

The Oculus Go may not turn on due to a few difficulties.

Why Your Oculus Go won’t Charge?

Your Oculus Go may not be charging for a number of reasons. Here are the reasons why Oculus Go won’t charge.

Also Read: Why Your Samsung Laptop Won’t Turn On?

How Do You Fix Your Oculus Not Charging?

There are several workarounds that you can use to resolve the problem and get the headset to boot up normally. Here is a guide on how do you fix your Oculus not charging.

When you experience this problem, the first thing you should do is do a hard reboot. It turns out that sometimes a forced shutdown could have left the device in an unanticipated state and prevented it from powering on properly. A hard reboot in this situation should resolve the problem. You won’t have your settings reset if you do this, so do not worry. A hard reboot is rather easy to execute.

1. Press and hold the power button for more than 30 seconds.

Note: In some circumstances, you might need to hold it for about 60 seconds.

2. When the LED light becomes white, release the power button.

The gadget has been hard reset.

Why is Your Oculus Quest Not Turning On or Charging?

There are several possible reasons for your Oculus Quest 2 headset to not turn on. You may need to charge your headset before using it if it has a low battery, for example. Additionally, there are other variables that can be in play when you run into this problem. Your headset might not switch on in particular situations if it has undergone an unusual condition as a result of an improper shutdown.

We hope that you learned about why your Oculus Go won’t charge and how to fix your Oculus not charging. Feel free to reach out to us with your queries and suggestions via the comments section below. Also, let us know what you want to learn about next.