Like all other social media and networking apps, Facebook also provides you with a platform to upload your photos, videos, and status, go through your news feed, and many more. It also lets you share any kind of information throughout the world. It mainly aims at making the world open to people, and it can be accessed by anyone in the world. It has a messenger app that allows people to chat with one another. Facebook has billions of users, which leads to many online problems such as heavy traffic while uploading posts, server malfunctioning, errors in Facebook, delays while uploading posts, etc. Especially the Facebook application installed on phones has many such problems and is very difficult and frustrating for the user and creators while uploading and using this app for work. This article will make you understand why is Facebook taking a while to post and how to cancel uploading post on Facebook. Also, you will learn why Facebook stuck on posting and video not uploading on Facebook. 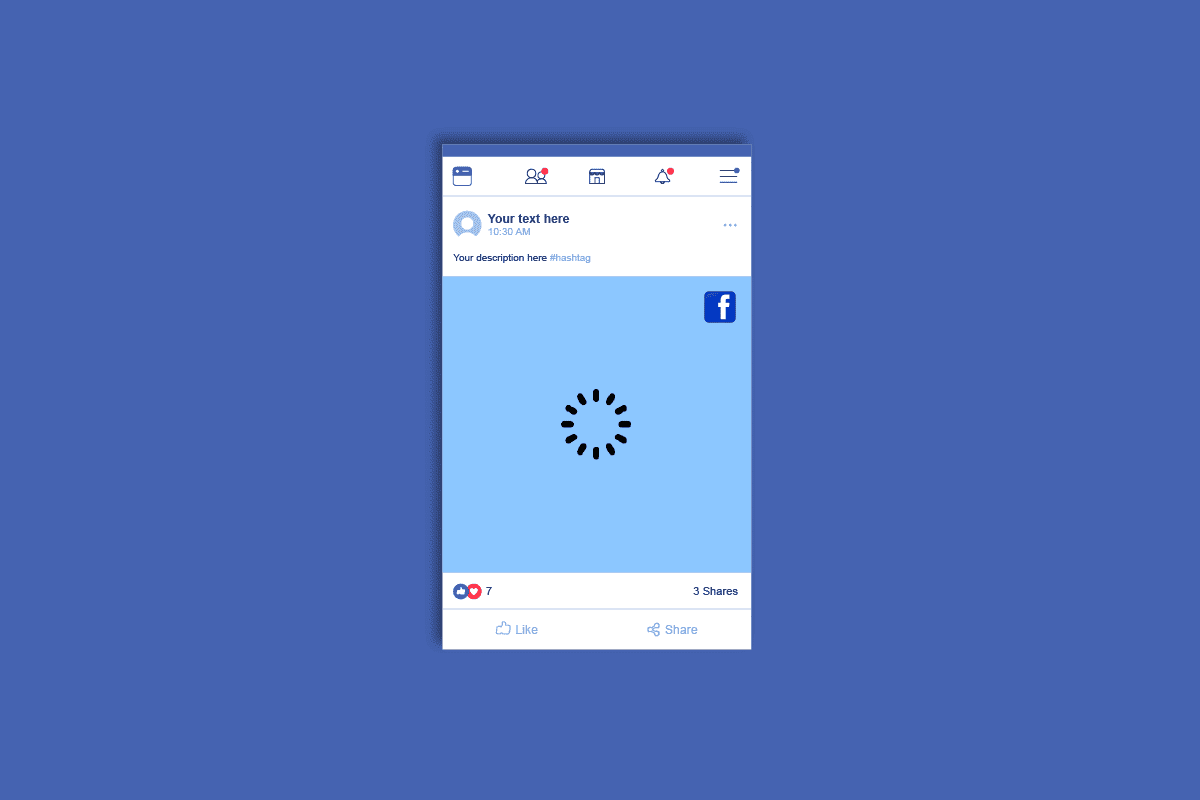 Read this article till the end to learn why is Facebook taking a while to post in a detailed manner.

Note: Since smartphones do not have the same Settings options, they vary from manufacturer to manufacturer. Hence, ensure the correct settings before changing any on your device.

Yes, sometimes there may be a slight delay while posting on Facebook. It may occur due to many reasons, such as your post might be taking some time to process on Facebook since it is a bit longer or the post quality being too high, which takes a long time for Facebook to process. Moreover, there can be external factors like internet connectivity or slow network conditions, which might have been the cause for this delay. Usually, under proper conditions, there is no delay while posting on Facebook, especially while uploading photos. 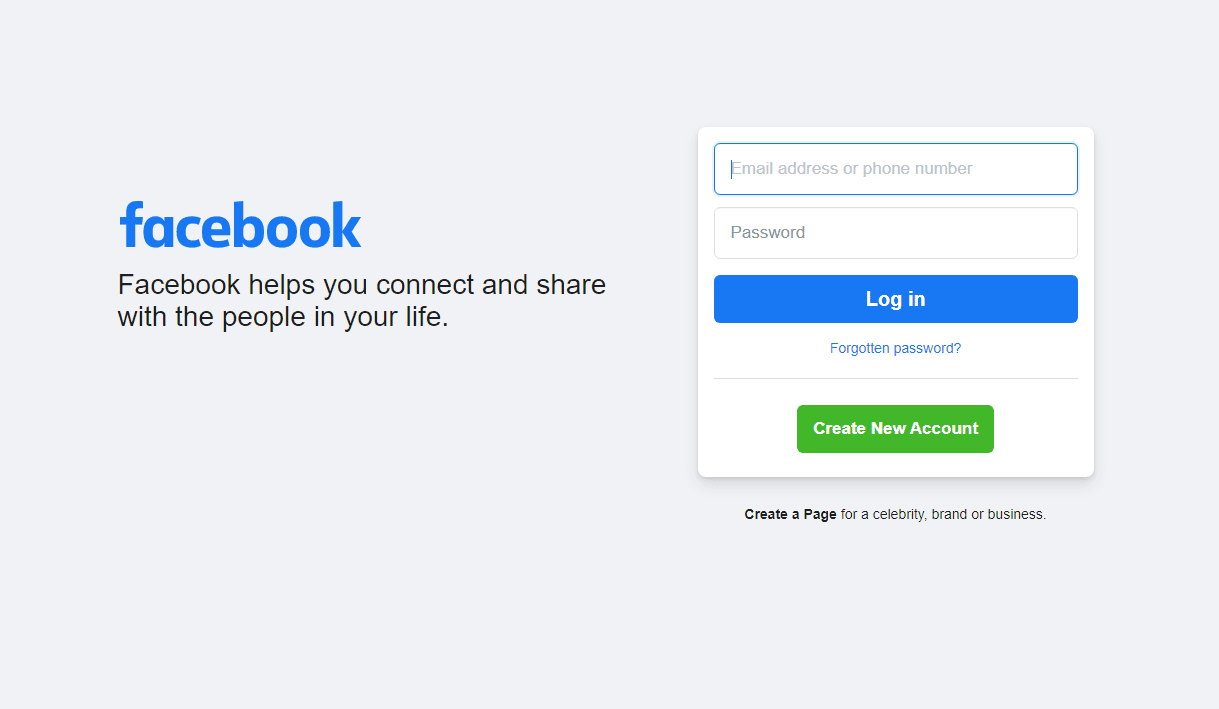 There is a bit of delay while posting a video on Facebook since Facebook needs some time for processing the video. The delay also depends on the quality and type of browser used for internet connection as well as internet speed to operate Facebook. The time taken for processing the video depends on the length of that video. Sometimes, it might take 3-4 seconds for photos, and for videos of size ranging from 3-10MB, it usually takes more than 10 seconds. For videos of larger sizes, it takes even more time.

Facebook allows users to post videos 240 minutes long by default. Usually, people find it difficult to upload large videos since Facebook puts a limit of 240 minutes on the videos getting uploaded. However, you can slice your video into parts before uploading them on Facebook. This method is common among creators since they mostly post vlogs and longer videos. Hence, this method needs a high-speed internet connection since you must upload a lot of parts of the video simultaneously.

How Long does It Take to Upload a 20-Minute Video to Facebook?

It takes almost 10-15 minutes for Facebook to process a 20-minute video. If the video is of higher quality, it takes a bit more time, around 15-20 minutes. You should keep in mind that Facebook allows uploading videos of less than 60 minutes. If you are uploading videos for a longer time, the quality of the video will get affected as well as the time required for processing.

In these cases, you can cancel the uploading of a post on Facebook and try uploading it again.

As mentioned earlier, there may be a lot of reasons in this case. Most probably, Facebook is taking a lot of time to process the video to be uploaded. If Facebook takes a while to post videos, then it might be because your video is too long, the video quality is high, or the internet speed is slow.

Why is Facebook Video Upload Stuck on Finishing Up?

Very poor network and slow internet speed are some of the major factors for the delay while uploading and getting stuck while finishing up the uploading process of the videos. Sometimes, there is heavy online traffic on Facebook while uploading. Hence, it might take a long time to process. Additionally, you should check your video size, format, and quality once before uploading on Facebook. You should also clear cookies and caches of Facebook regularly to avoid getting Facebook struck on posting.

As aforementioned, there are several factors related to your post taking a long time to get uploaded on Facebook.

Also Read: Why is My Mac Internet So Slow All of a Sudden?

If Facebook is showing the message taking a while to post, it means that it is taking a long time the processing the post before uploading it on the platform. While processing it usually checks for the format of the post, type of post, compatibility of the post with guidelines, and many other things.

Your post or video not uploading on Facebook due to certain reasons, as mentioned earlier, such as more processing time might be needed, post format is not supported, internet and network issues, etc. You need to uninstall and then reinstall your Facebook so that it will work properly.

Heavy online traffic, server errors, improper format, video type and length of the videos, unsuitable browsers used for operating, internet connection, and speed are some of the causes because of which your Facebook got stuck while finishing up the uploading. You can cancel the uploading post on Facebook and again try and upload the post.

You can’t post while media is uploading on Facebook due to the same reasons as mentioned earlier, such as improper format, long length of the video, high video or picture quality, and poor internet connection. You can try posting your original photo once before posting the edited one since the edited format might not be supported on Facebook.

1. Go to the phone Settings. 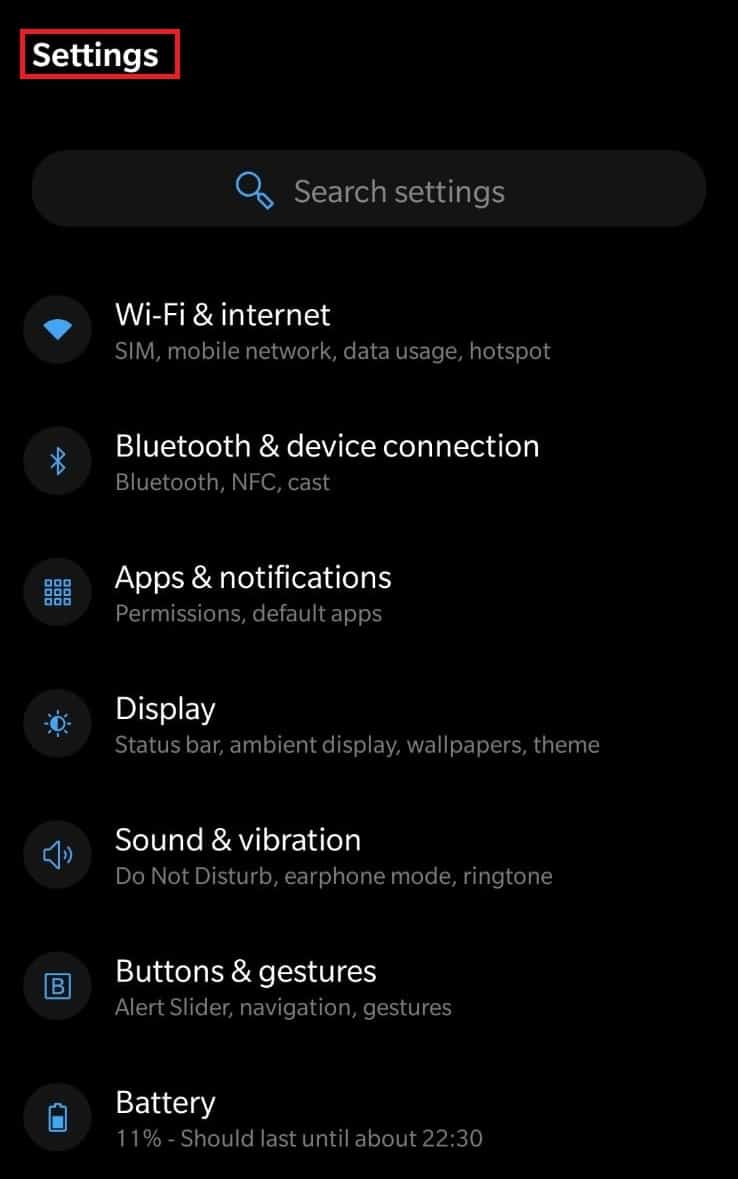 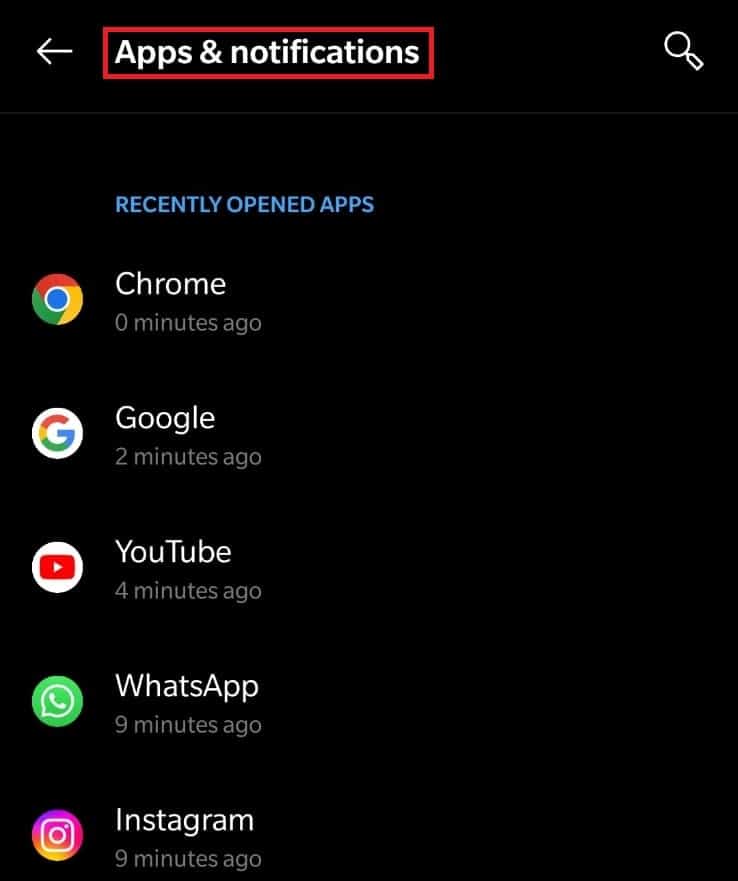 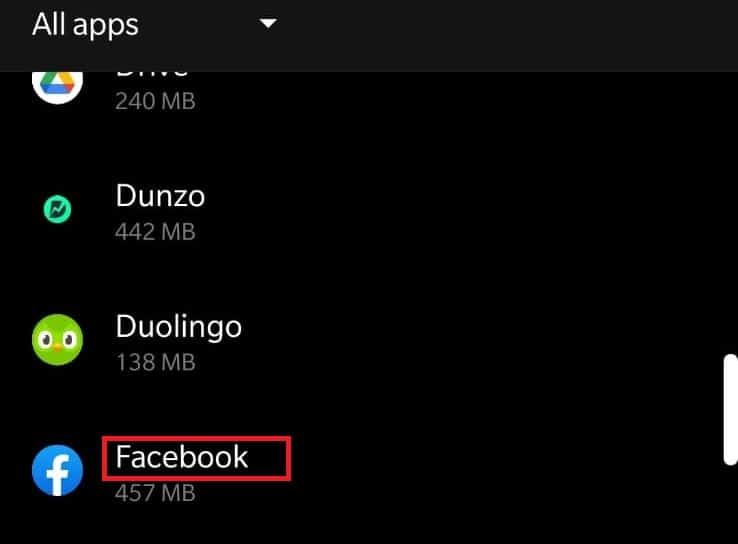 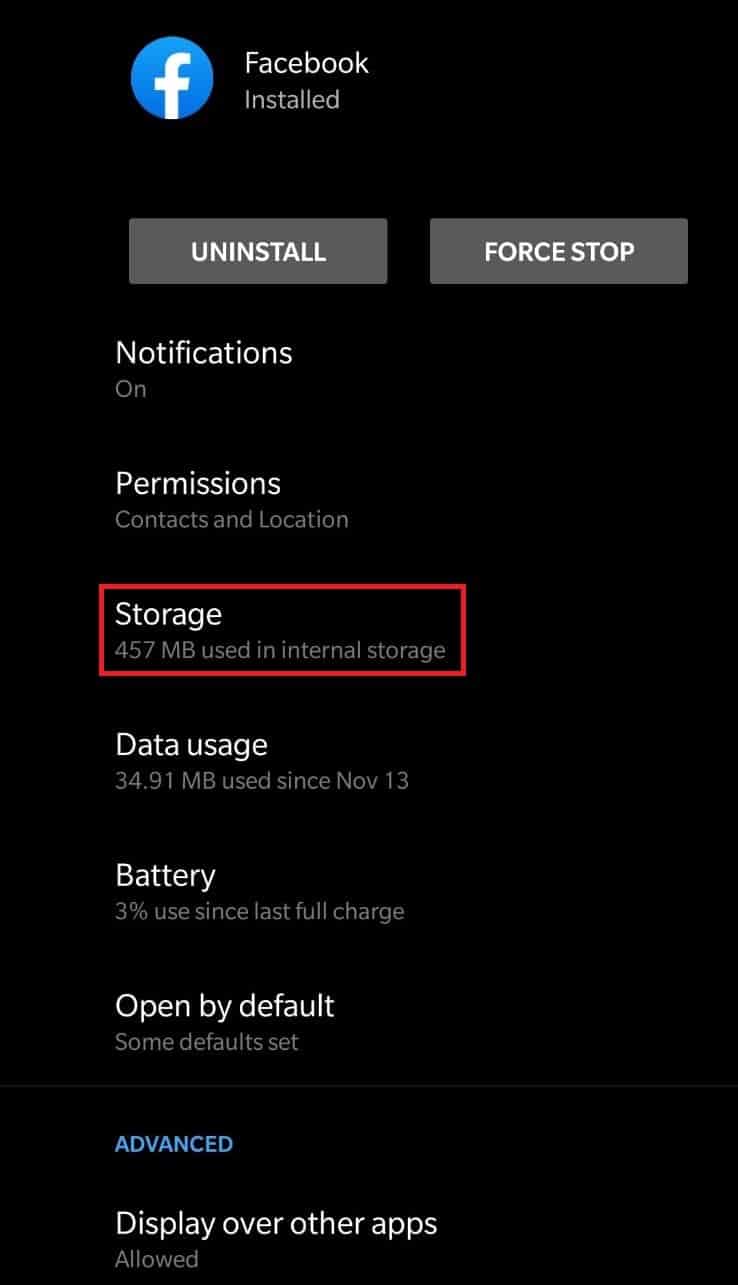 5. Tap on the CLEAR STORAGE option. 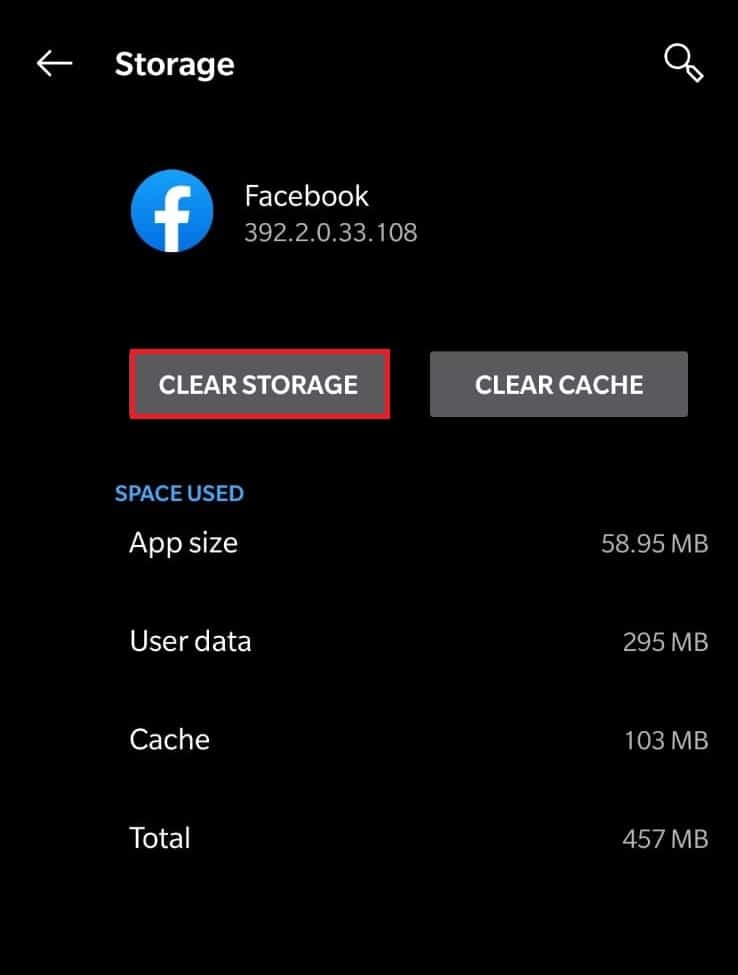 6. Then, tap on OK to confirm the prompt. 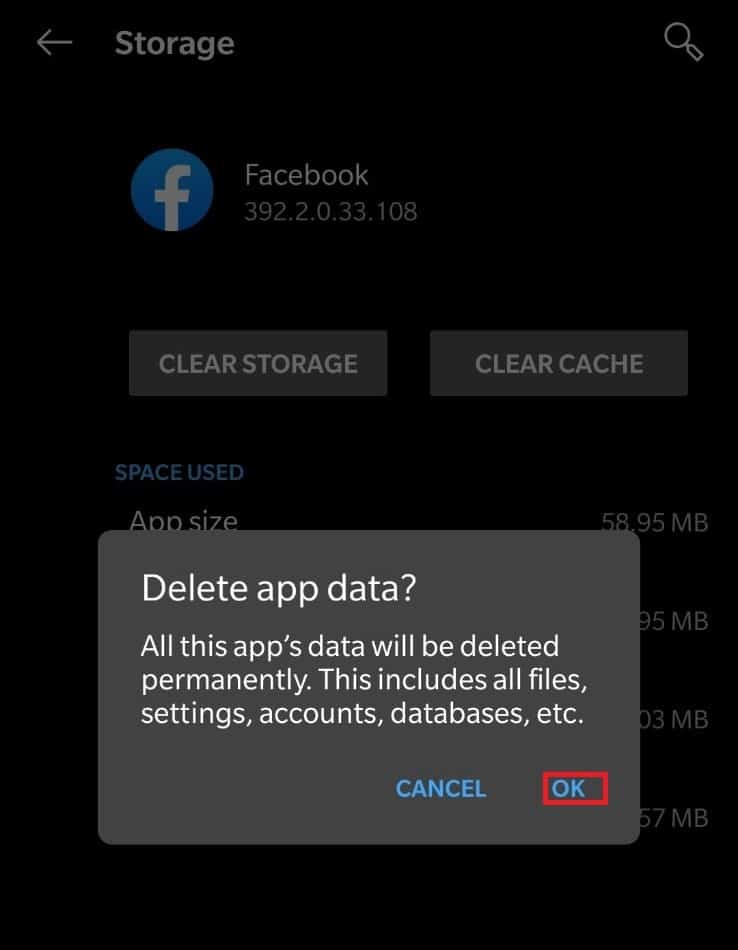 Since Facebook operates using the internet and thousands of users are using this platform at the same time, it gets difficult for Facebook to handle so much data at once. It is the reason why it becomes unpredictable sometimes to get the exact reason for the delay while uploading posts on Facebook.

We hope that you learned about why is Facebook taking a while to post. Feel free to contact us with your queries and suggestions via the comments section below. Also, let us know what you want to learn about next. 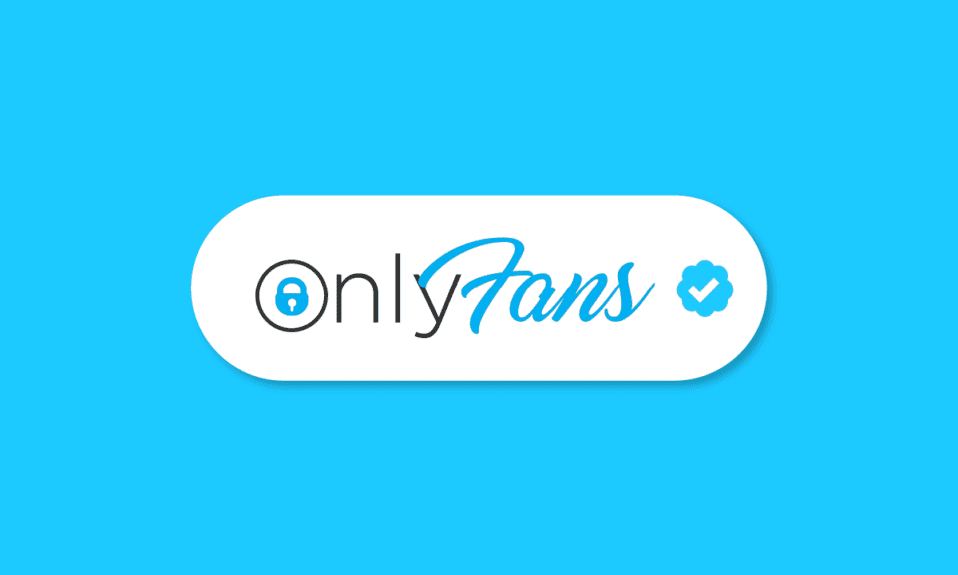 What Does the Check Mark Mean on OnlyFans? 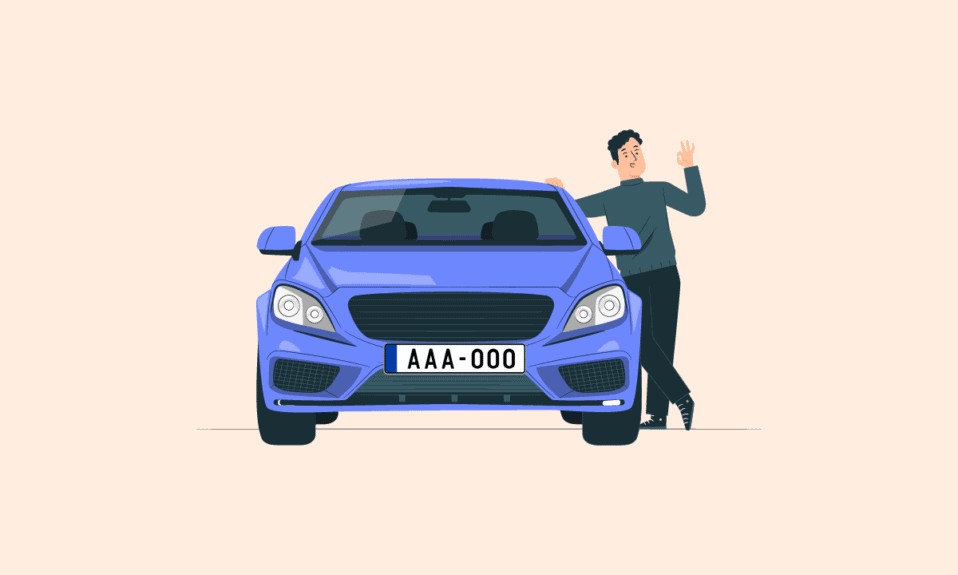 How to Look Up License Plate Number Owner 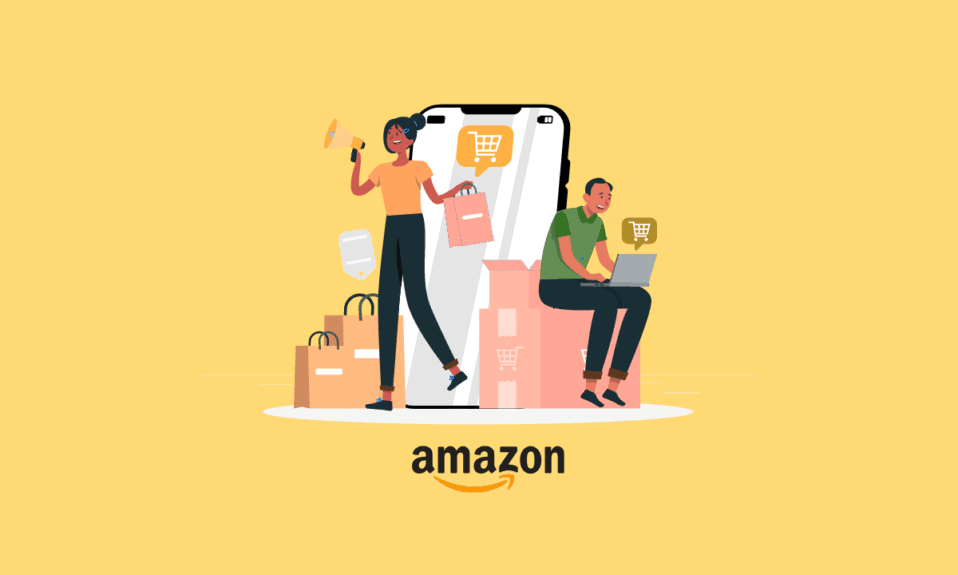 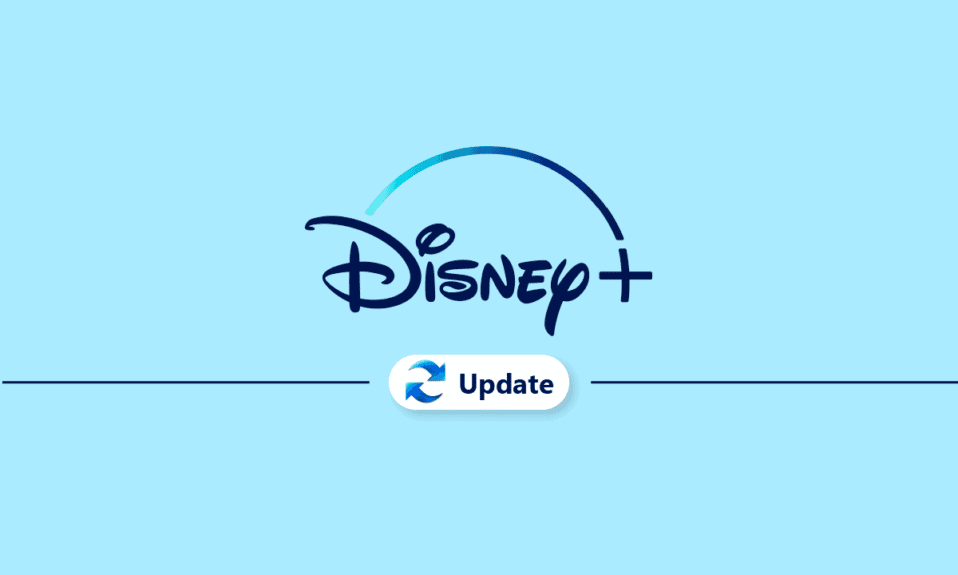