Facebook happens to be one of the most popular social media applications and is used by 2.91 billion people all over the world. Facebook tends to employ new algorithms now and then to make the users stick through the app all day long. Features like Suggested for you posts keep the users engaged with new and relevant content. Some might like it; others are finding ways to get rid of it. You are at the right place if you want to know how to turn off Facebook suggested for you posts and Facebook suggested ads. 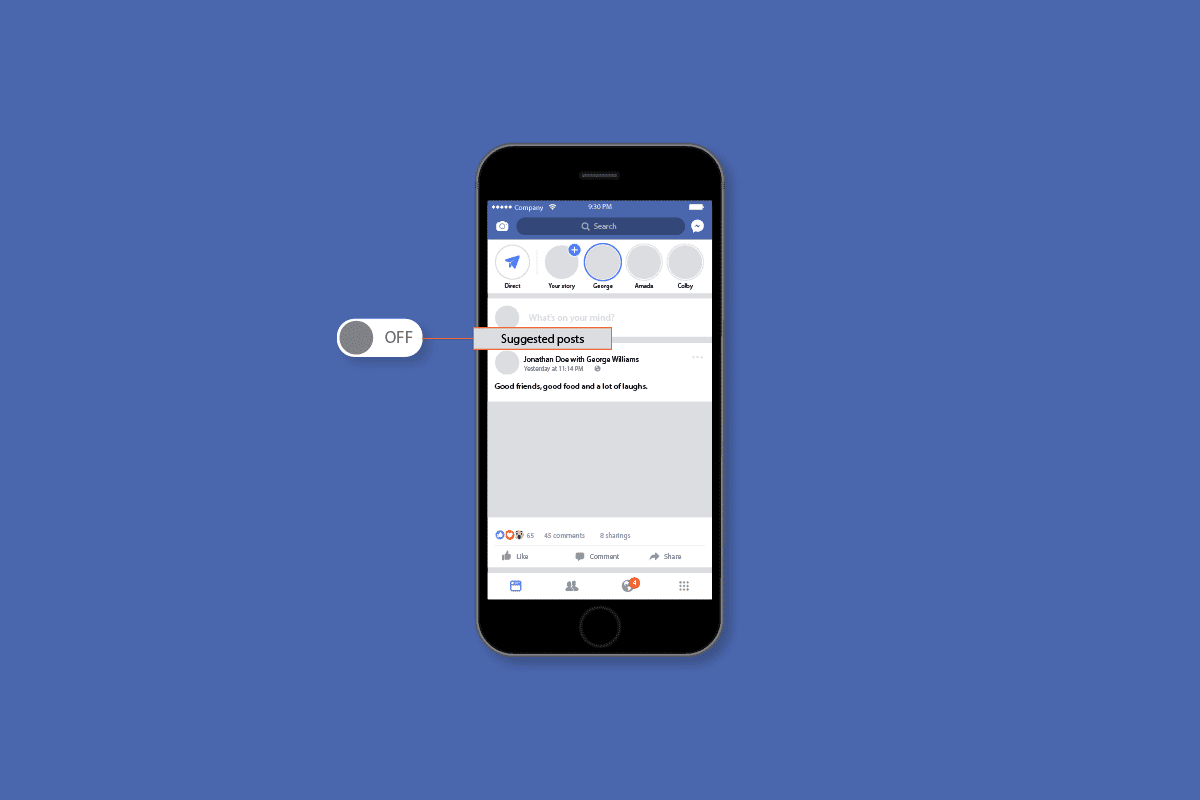 How to Turn Off Facebook Suggested for You Posts

Continue reading to remove Suggested for you on Facebook in detail.

Suggested posts are the posts that come along on your news feed. The suggested for you posts come from Facebook itself with the sole aim to keep you engaged with new and related. These posts can be from profiles that may have similar content that you are already watching or may have been shared by your friends and family on Facebook. The suggested posts can be photos, articles, or videos. In this article, you will learn how to remove suggested for you on Facebook.

Why Do I Get Suggested for You Posts?

Suggested for you is one of the features of Facebook that enables users to discover new and related content on the platform. On the basis of various factors, you get Suggested for you posts. The following are the factor that influences these posts:

Ways to Avoid Suggested for You Posts on Facebook

3. Tap on the three dots in the top-right corner of the post.

4. Tap on Hide post which will hide posts from this page.

Note: Post hiding the Suggested for you post, you can either Undo or Report or Manage your feed accordingly.

5. You can also tap on the Snooze option which helps you temporarily remove the remove suggested for you on Facebook.

Note: Tap on Hide all in case you want to completely stop seeing posts from that person or page.

6. Tap on the Manage Your Feed option to customize your feed as desired.

Facebook Ads have a vast reach of 2.11 billion users. This reach is often considered annoying occurrences that users do not enjoy while using Facebook. Although unlike the suggested posts you cannot hide or snooze them, what you can do is reduce their appearance. You can carry out this procedure by following the below-mentioned steps.

2. Tap on the three horizontal lines in the top-right corner of the screen.

3. Scroll down and tap on the second last option Settings & privacy.

5. Scroll down to find Ad preferences.

6. Hide the ads by taping Hide Ads that you do not want to see in the Advertisers tab.

7. Tap on the next tab which is Ad Topics.

8. In the search bar, you can search for the ads you want to see less.

Note: You can also browse through the provided list and manually choose the ads that you want to see less.

Also Read: How Do You Turn Off Live on Facebook

A suggested list on Messenger is featured that is formed on the basis of activities you’re your friends on Facebook. These activities include tagging, sharing, liking, commenting, profile visits, and much more. One should always clear suggested list on messenger to avoid spam and other reasons. Follow the below-mentioned steps

1. Open the Messenger app on your phone.

2. Tap on your Profile picture in the left-top corner of the screen.

3. Scroll down to tap on Phone contacts.

5. Tap on Delete all contacts.

These steps help in understanding how to clear suggested list on messenger.

What is FB Purity?

FB (Fluff Busting) Purity is a browser extension that comes in use when you want to turn off unwanted sponsored posts, ads, game spam, etc. You can easily download it from the official web store of Chrome. This extension enables the users to customize the Facebook view with the relevant information they want. It is completely safe to use provided you download it from the official websites. Downloading FB purity from a third-party website may errors while using. They might also have potentially harmful malware and spyware.