If you are a puzzle game fanatic and love to play Wordle then we have a perfect game based on it but with a twist of Canada. Canuckle is the best designed Wordle game for Canadians who like to spend hours playing Wordle. It is a word-based puzzle game that has everything to keep you hooked on playing it. If you are someone who wants to know what is Canuckle and more about this Canadian Wordle version, then you have landed in the right place. We have just a perfect guide for you to help you with knowing how to play Canuckle on Wordle website. Also, our guide will help you to know everything about what happened to Canuckle. So, without further ado, let us get started with discovering more about this Wordle adaption. 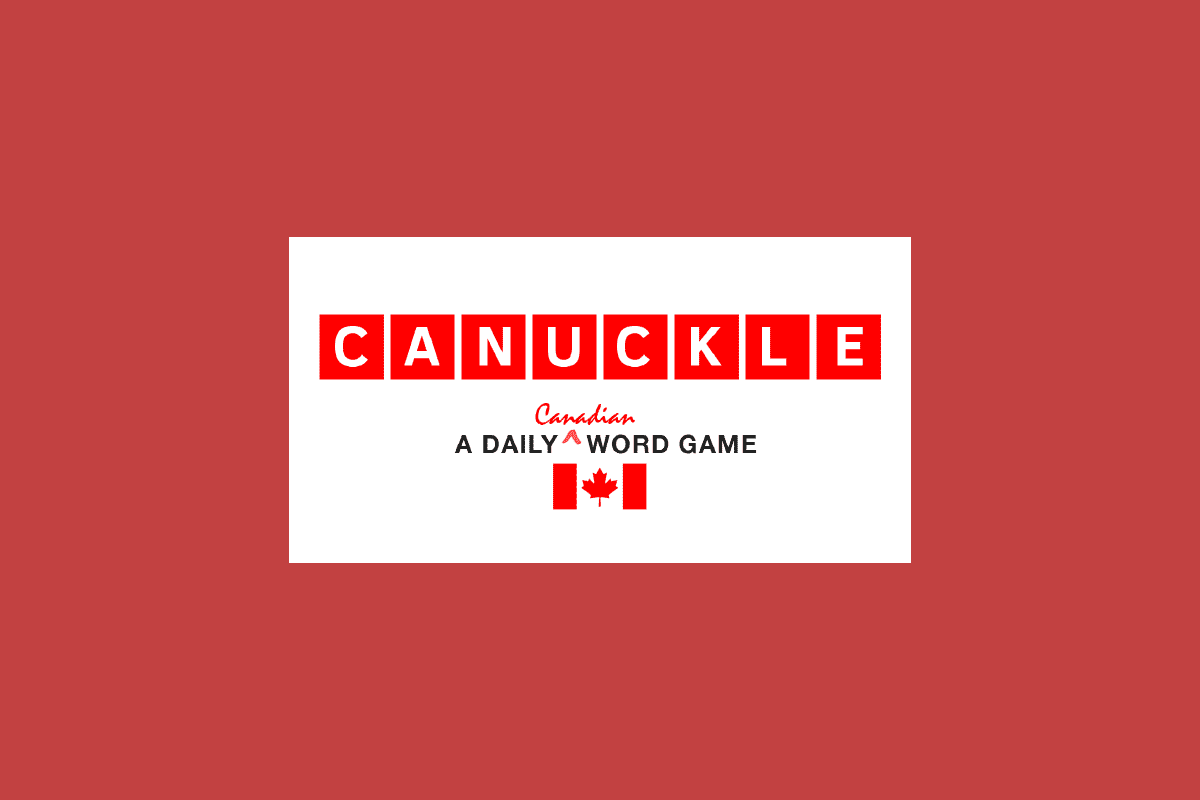 What is Canuckle? How to Play Canadian Wordle Version

Canuckle is the brainchild of an Ottawa resident in Canada, Mark Rogers. We have listed a brief information about this puzzle game in the points below;

Continue reading to know about the game rules, configuration, some tips and tricks and how to play Canuckle on Wordle website.

Where Can I Play Canuckle? 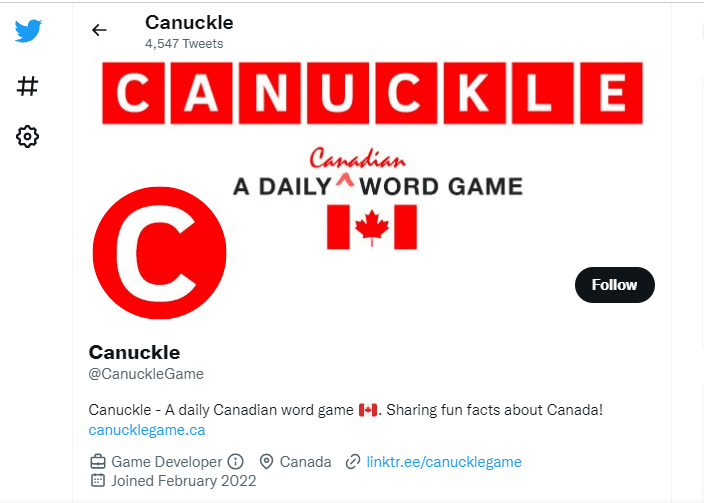 If you are excited about playing the game, it is fairly simple to access it. You can visit Canuckle’s official website where you will be greeted by the home page and a pop-up window that will explain everything about how to play it. On closing the window, you will be welcomed by the grid in which you can start guessing the name. You can also know about the daily updates of the game from its official Twitter account.

Before you know how to play the Canadian Wordle game, it is important that you are made aware of the rules that need to be followed before playing it. While most of the rules of the game are the same as that of Wordle, you can check some specifics in the points mentioned below:

There are three different modes that are available in the game for players:

Also Read: What is Sedecordle? How to Play This Game

Just like Wordle, it is extremely easy to play this Canadian Wordle version. The best part about the game is that you can use 6 guesses to answer your 5-letter word. You also don’t need to download the game and can access it from its official website. 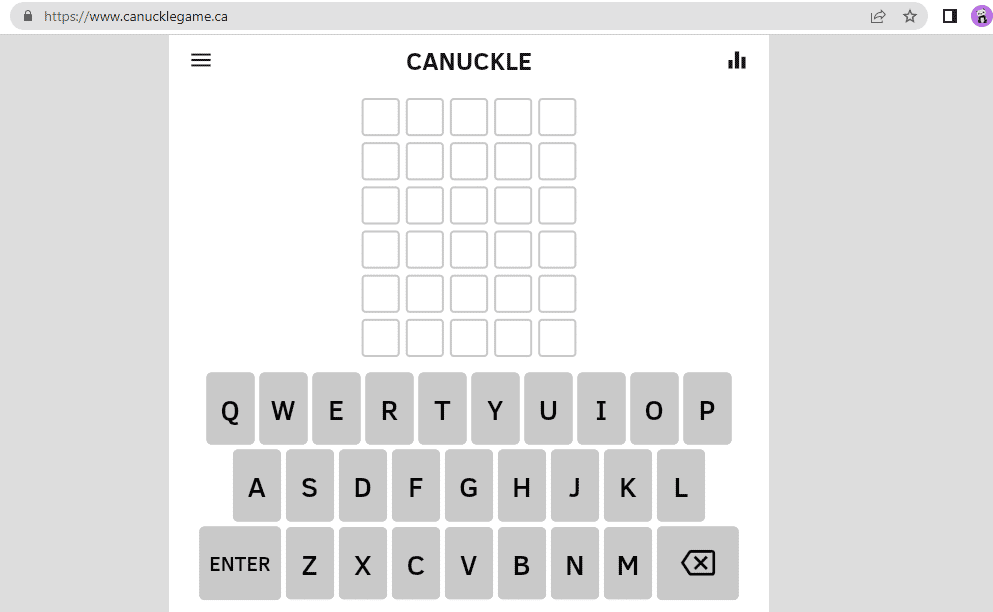 2. Enter your first guess to start the game. 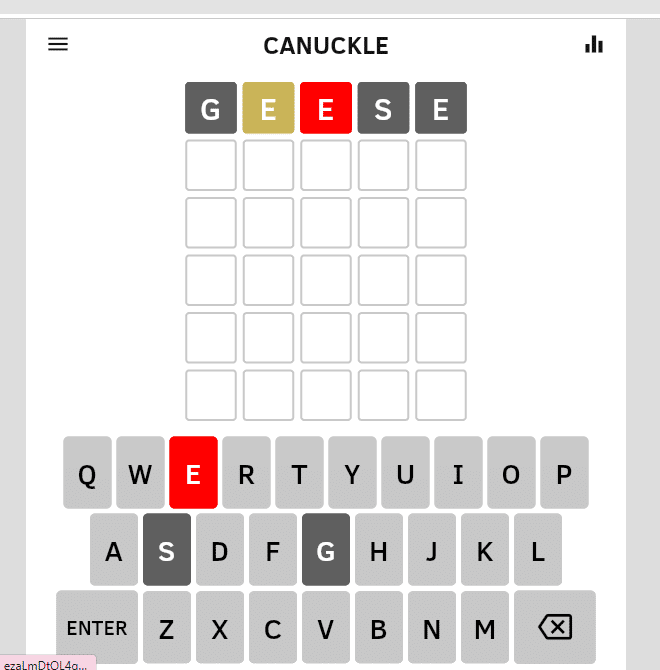 3A. If a letter shows red color, it means it is the word and is at the right spot.

3B. If a letter shows yellow color, it means it is present in the word but is in the wrong position.

4. Now, taking the hint from it, enter your next guess. 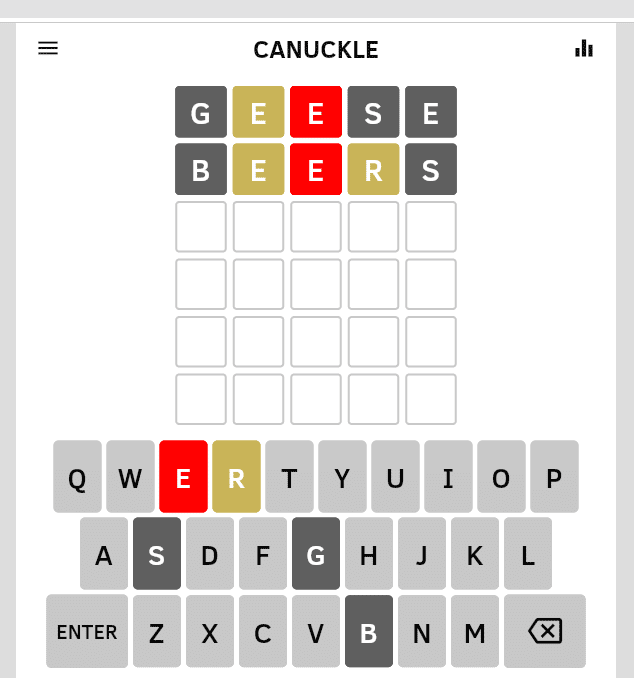 5. You can keep making the guesses and entering a word until all the squares in the grid turn red. 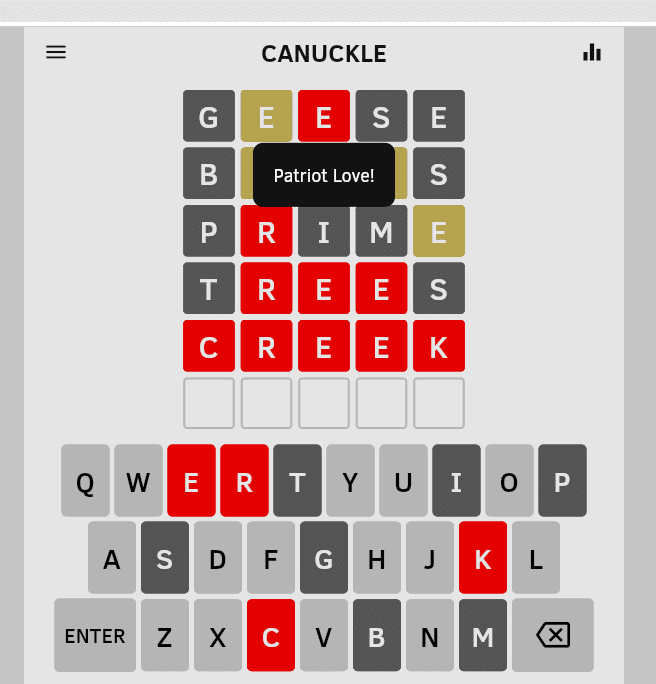 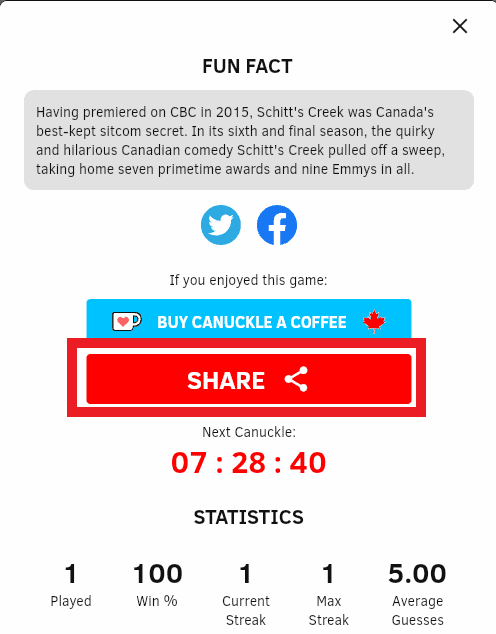 Also Read: How to Play Swiftle

Some Tips and Tricks to Play the Game

While it is easy to guess Canada-related words for Canadians once you know how to play Canuckle on Wordle website, it can become a bit tricky for other game players around the world to guess the word for the day. If so, you can use some tips and tricks that will come in really handy for you while playing this game online.

Here, we have shown the list of previoud Canuckle answers and what happened to Canuckle game.

Below is the list of previous answers used for the daily challenge in the game:

What Happened to Canuckle?

The developers of the game had already given a statement that the game will be around for a limited period of time. On July 1st, 2022, on Canada day, the officials of the game officially shut the game down. But on October 4th, the game was brought back into action with a brand-new platform, new words, Canadian facts, and an integrated archive of the game so that users can replay their favorite game from the beginning. Hence, this is what happened to Canuckle.

Q1. What is the difference between Wordle and Canuckle?

Ans. Both the games, Wordle and Canuckle are pretty much the same. However, there are a few ways in which you can distinguish between the two. In Wordle, the mystery words for the daily challenge are English words while in the latter, words are Canadian-specific. Also, in Wordle, the colors used are green, yellow, and grey. While in the latter, the colors used are red, yellow, and grey.

Q2. How many words are there in Canuckle?

Ans. To date, there are a total of 160 words as answers for the game.

Q3. Does Canuckle use only Canadian words?

Ans. Yes, all the words used in the game are Canada-specific whether be a place, food, animal, or anything related.

Q4. Is there a Canuckle archive?

Ans. Yes, as per the official Twitter page of the game, on Oct 4th, 2022, the archive of the game was made available for its users to access the previously played games.

Q5. Is there an app for Canuckle?

Ans. The team of Canuckle has been working to bring an app for the players. However, for now, the game is available to play only on its official website online.

We hope that our doc on Canuckle was successful in answering all your questions regarding what the game is about and the rules of the game. Also, we have shown you how to play Canuckle on Wordle website. Let us know which section of the doc helped you the most in playing the game. If you have more suggestions to give or queries to make, you can leave them in the comments section below.