Wordle has set a benchmark for all the daily word puzzle games. One such puzzle game, Heardle, specifically for music fans created a lot of talk for its amazing brain-teasers based on music. Since then, this game has been a blessing for puzzle and music enthusiasts. This reference of Wordle has variants of its own which are further grouped and sub-grouped into multiple categories. One such category is Kpop Heardle which is extremely famous among all Kpop fans around the world. On top of it, there has been a new sensation in the name of Twice Heardle which is a dedicated piece for the K-pop-inspired Heardles. If you are a Heardle fanatic and are looking for answers on how to play TWICE Heardle then you have come to the right place. In our today’s guide, we will learn everything about Twice Heardle unlimited and ways to play it. Also, we will shed some light on tricks that you can follow while playing the game. So, let us begin with our wait-worthy guide right away. 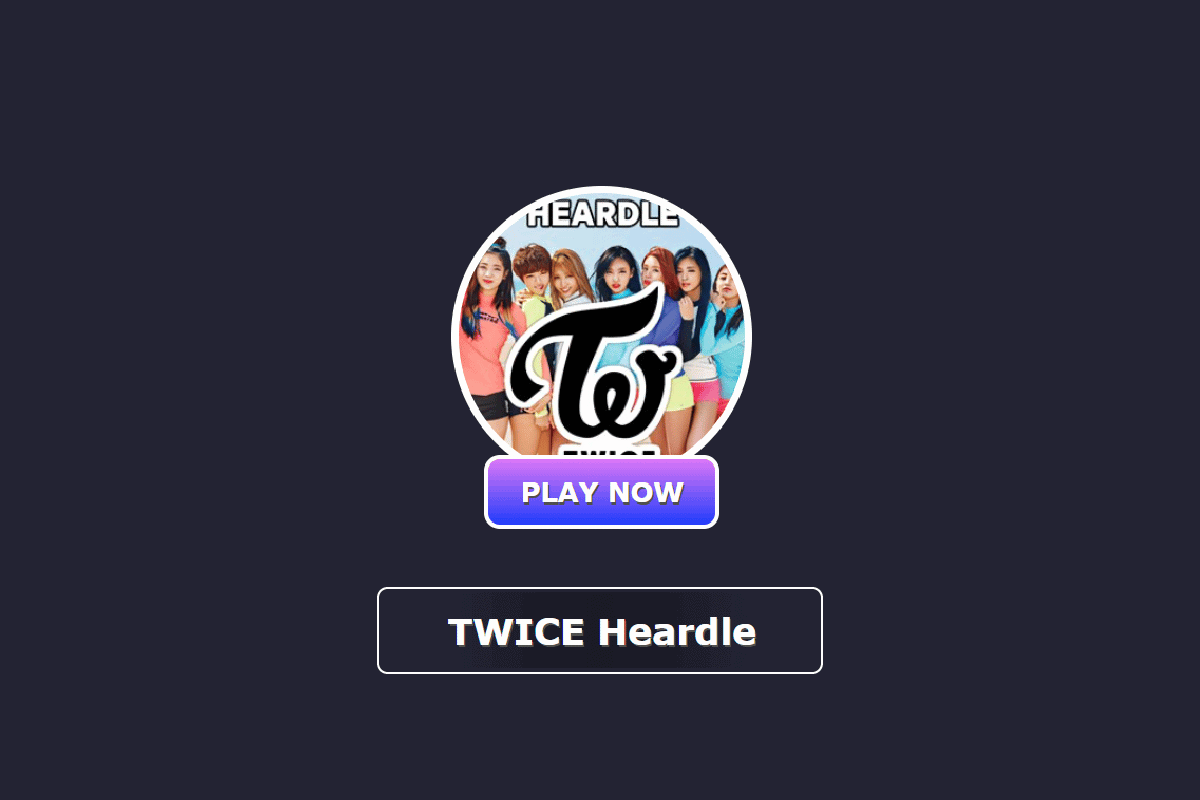 Twice Heardle: How to Play, Rules and Tips

In this article, we have given a full guide on Twice Heardle, how to play the game and the list of rules in detail.

What is Kpop Heardle?

K-pop Heardle is a variation of the original game. It involves choosing a carefully chosen song from the list of K-pop music. This category brings you a song list of almost all popular artists that fall under the K-pop category. It involves boy bands as well as girl bands to solo acts of K-pop music. Below is the list of Heardles that are included specifically under the K-pop Heardle category:

What is Twice Heardle?

It is a K-pop-inspired Heardle that was developed by a Twitter user, Twice Flies, a fan of the female group Heardle. The idea behind the game is to solve the daily challenge of music which is exclusive to Twice’s discography.

Where Can I Play the Game? 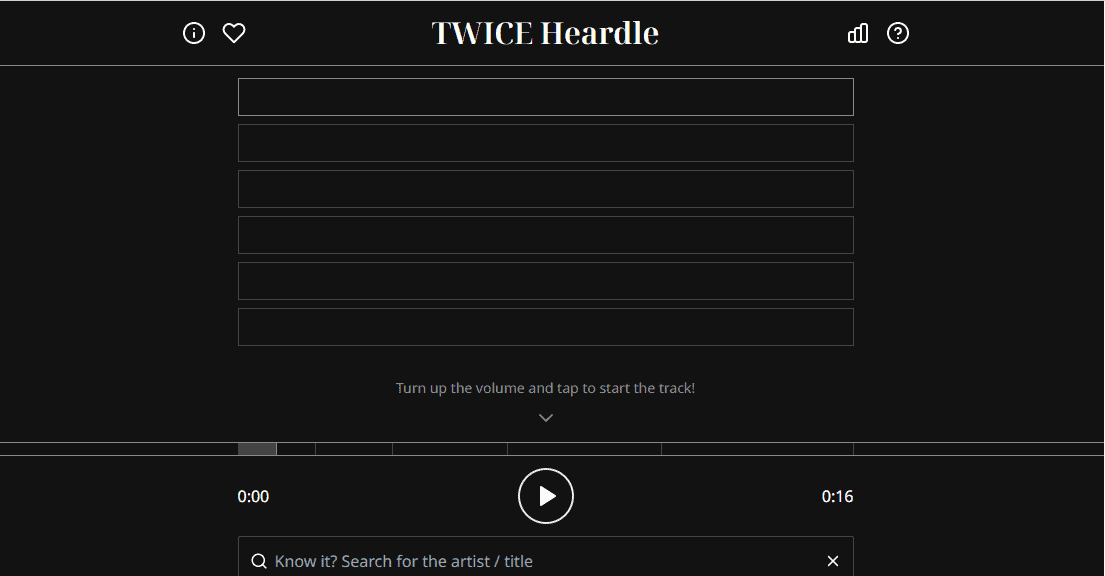 Can I Play Twice Heardle Unlimited?

Unfortunately, you cannot play Twice Heardle unlimited, this is because there are no variants of the game. You can only access the previous challenge by changing the date and time on your device. If you want to know more details on it, you can check our guide on How to View Heardle Archive.

How to Play TWICE Heardle

For online puzzle game players who have never taken a shot at playing the game, how to play TWICE Heardle is a legitimate question to ask. To make it easy on you, we have listed some steps below that will teach you to play this game really well.

1. To start off, click on the play button icon on the screen after launching the game website.

2. Now, listen to the one-second hint of music that is played with concentration.

3. If you are unable to guess the hint, replay the available seconds for a strong guess.

4. You can also use the SKIP option given below in case you don’t want to make a wrong guess. 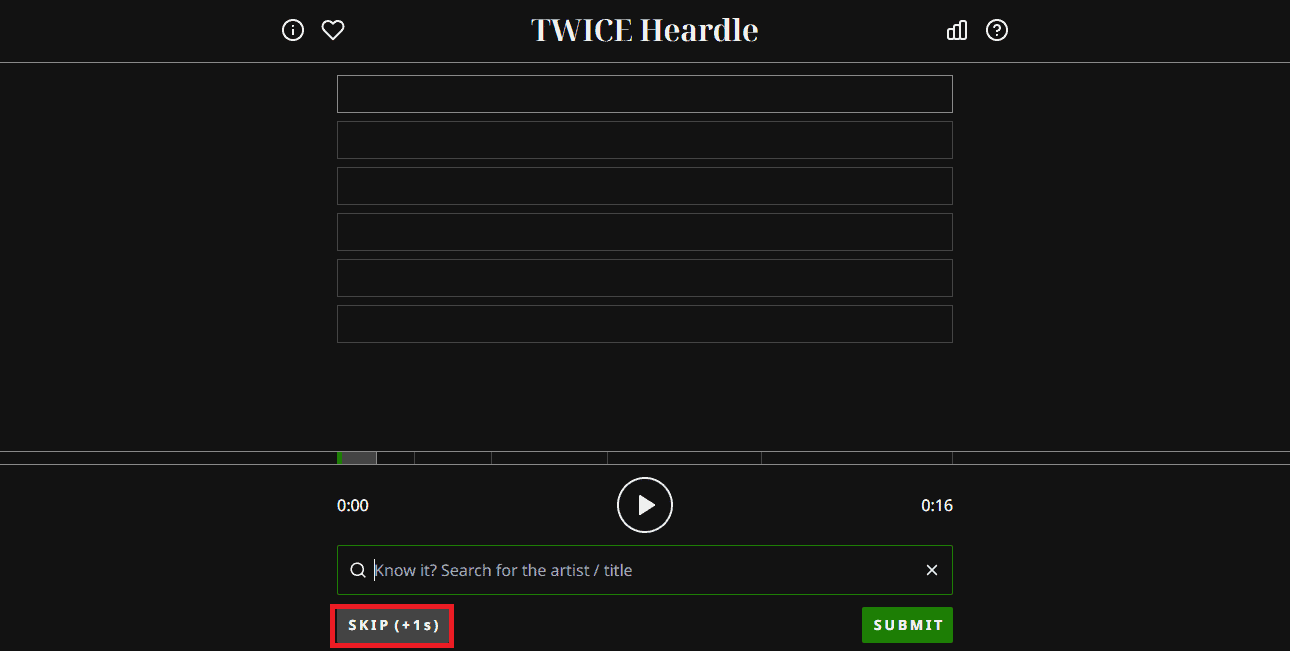 5. Next, if the song sounds familiar to you, you can use the search bar to look for some clues.

6. Enter a letter or a word to look for clues in the search bar list. This can help you in digging into your memory of the song. 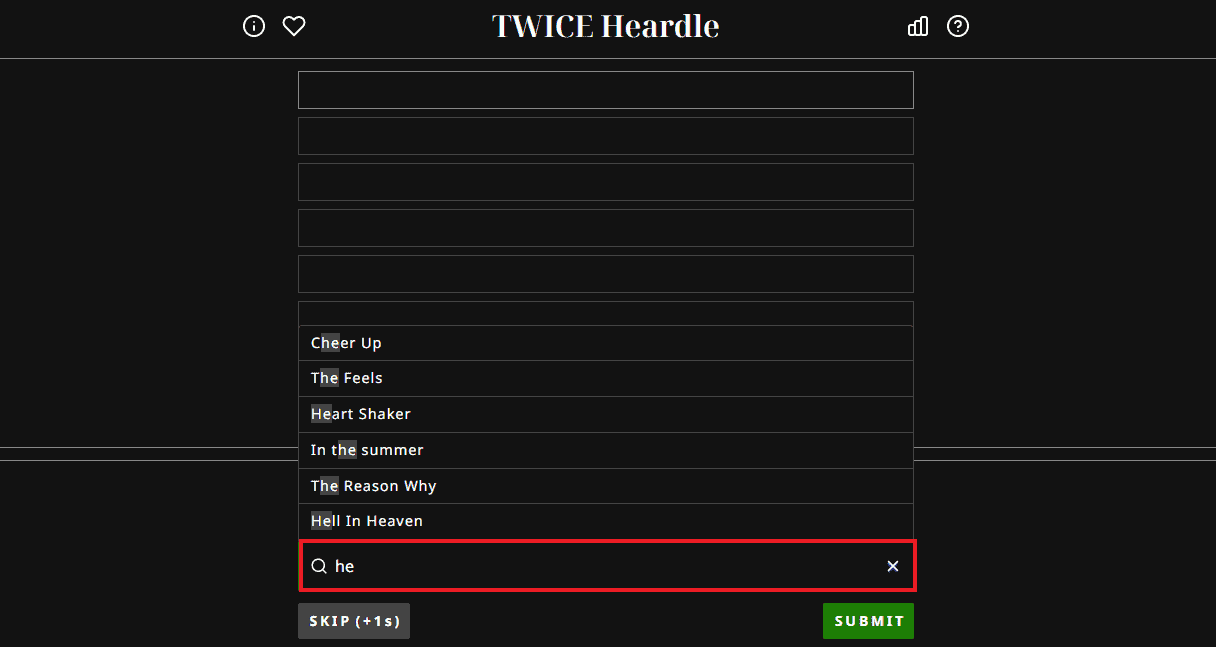 7. The song list in the game consists of all the songs that are released in English, Korean, and Japanese language. Hence, on making a guess, you can access multiple languages.

8. Finally, enter the song name and click on SUBMIT to end the game. 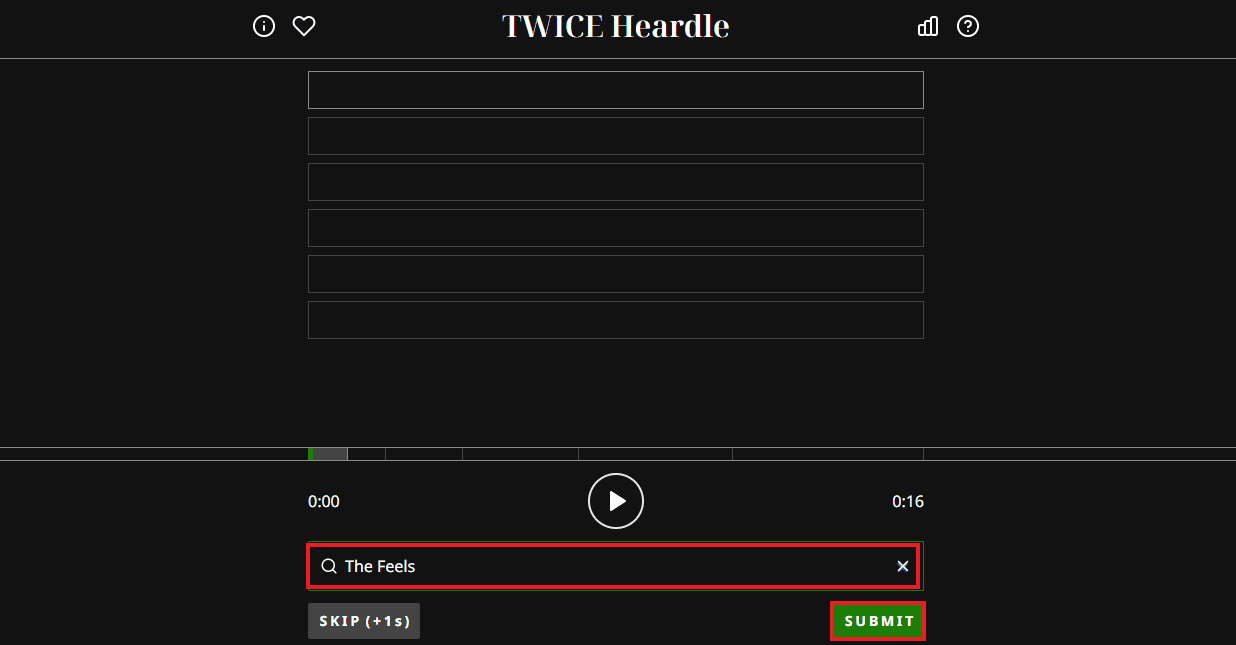 Also Read: What is Sedecordle? How to Play This Game

Rules to Play The Game

If you are having trouble playing the game and want to know some simple tricks and tips that can help you with winning the game, then you must consider the following rules that need to be followed while playing it:

Q1. Can I play TWICE Heardle more than once a day?

Ans. TWICE Heardle is a daily challenge game with renewal every midnight. You cannot play the game more than once a day. You have to wait for 24 hours to start a new one.

Q2. Can I play Heardle unlimited?

Ans. The only way to play the game unlimited is by changing the date and time of your device. This can help you to play the previous day’s game.

Ans. The selection of the songs is based on the top 10 most streamed songs over the preceding 10 years. Therefore, players with a taste in contemporary music have an upper hand over other player.

Q4. Can I replay the audio clip in Heardle?

Ans. Yes, one of the best parts about playing the game is that you can replay the song audio again and again. This helps the players to make the right guess.

Q5. Is TWICE Heardle’s puzzle the same for everyone?

Ans. Yes, the puzzle of the day in TWICE Heardle is the same for everyone for that particular day.

We hope that our doc on Twice Heardle was successful in helping you out with playing the game, its rules, tricks that you can use in it, and in knowing all other details about the game. If you have some more suggestions to give and queries to ask, then you can leave your valuable comments in the section provided below.