Most Android users do not like this google feature as it turns on your WiFi even when you turn it off manually. Therefore, to help you fix this issue, we have a small guide on how to stop WiFi turn-on automatically on Android that you can follow. 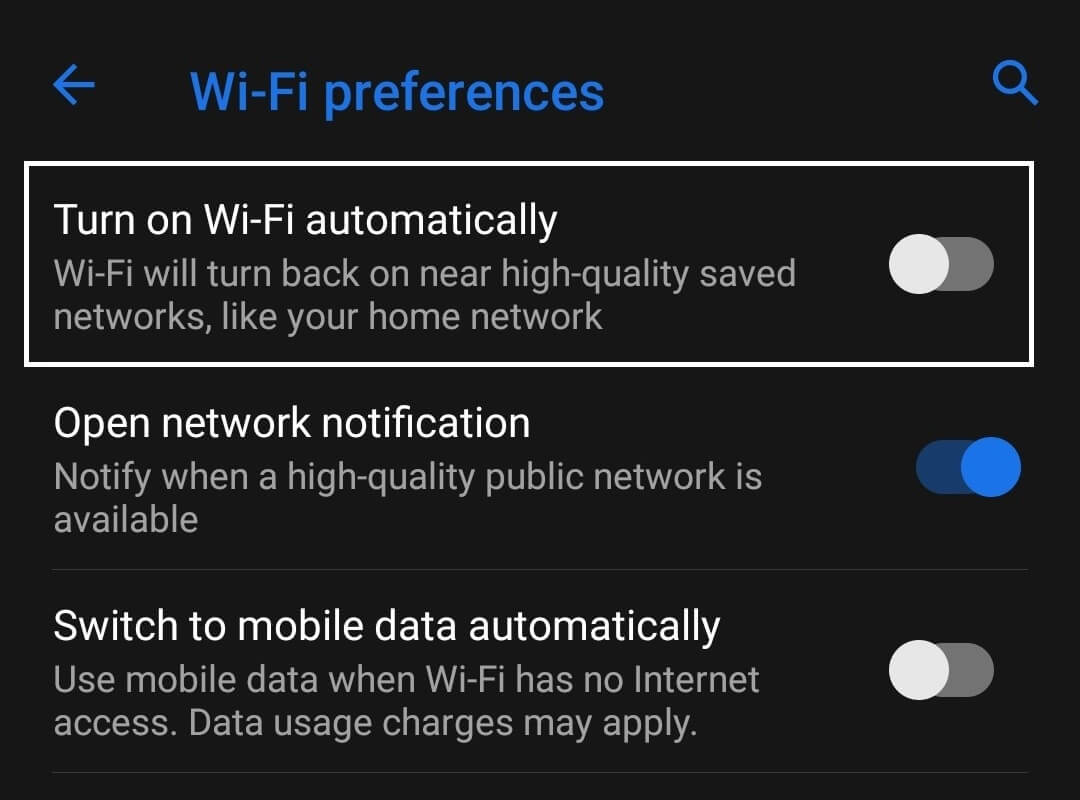 The Reason behind WiFi turning on automatically on Android

Google came up with a ‘WiFi wakeup feature that connects your Android device to your WiFi network. This feature came with Google’s pixel and pixel XL devices and later with all the latest Android versions. The WiFi wakeup feature works by scanning the area for nearby networks with strong signals. If your device is able to catch a strong WiFi signal, which you may generally connect to on your device, it will automatically turn on your WIFi.

The reason behind this feature was to prevent unnecessary data usage. For example, when you head out of the house, you may be using your mobile data. But, once you enter your home, this feature automatically detects and connects your device to your WiFi network to prevent excess data usage.

How to Stop WiFi Turn-On Automatically on Android

If you are not a fan of the WiFi wakeup feature, then you can follow these steps to disable WiFi turning on automatically on your Android device.

1. Head to the Settings of your device.

2. Open Network and internet settings. This option may vary from phone to phone. On some devices, this option will display as Connections or Wi-Fi.

3. Open the Wi-Fi section. Scroll down and tap on the Advanced option.

4. In the advanced section, turn off the toggle for the option ‘Turn On WiFi Automatically’ or ‘Scanning always available’ depending upon your phone.

That’s it; your Android phone will no longer connect with your WiFi network automatically.

Q1. Why does my WiFi turn on automatically?

Q2. What is turn on WiFi automatically on Android?

The Turn-On Automatically WiFi feature was introduced by Google in Android 9 and above to prevent excess data usage. This feature connects your device to your WiFi network so that you can save your mobile data.

We hope this guide on how to stop WiFi turn-on automatically on Android device was helpful, and you were easily able to disable the ‘WiFi wakeup’ feature on your device. If you liked the article, let us know in the comments below.