American Truck Simulator is a simulator game where players get the experience of driving an actual truck on their PC. The game has different maps, trucks, skins, and shops to buy items in-game. It has both single and multiplayer modes. In this game, you start your journey as a Truck driver where you are given some goods or items which you have to deliver from one place to another using your Truck. In this journey, you travel to different places in America and explore them. For PC users this game will run fine until and unless your device meets the minimum system requirement, but the question is if is there an American Truck Simulator for Xbox one. This article will help you to know about it. Also, you will learn on what platform or devices can you play American Truck Simulator on, if is Truck Driver Free on Xbox, and if can you play ATS offline. 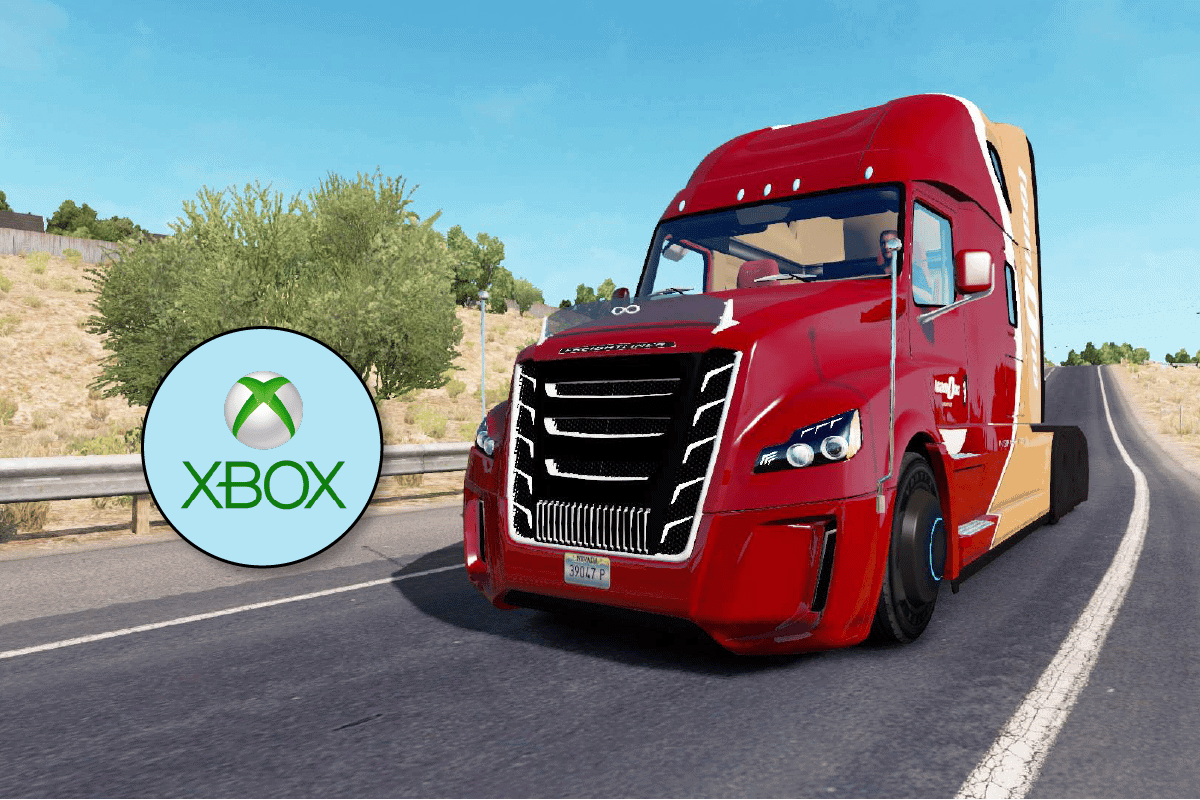 Is There an American Truck Simulator for Xbox One?

You will get to know if you can get American Truck Simulator for Xbox One further in this article. Keep reading to learn more about it in detail.

Is Steam Available on Xbox?

No. Steam is not available on Xbox as a dedicated app, but you can still access Steam from the Microsoft Edge browser available on your Xbox. You can access your Steam account by signing in, and you can download your PC games. It might happen that all games won’t run, but some will. As Xbox is expanding, Microsoft might add Steam to their recently launched Xbox series and the upcoming series to let users play games seamlessly.

Is There a Trucking Sim on Xbox?

Yes, there is a trucking simulator on Xbox. You don’t get one Truck simulator but you have many options to choose from. As you search for a Truck simulator on the Microsoft store, you will find games like On the Road Truck Simulator, MudRunner, Lumberjack Simulator, and many other options. However, the names that have been mentioned are the popular ones and have greater user feedback. 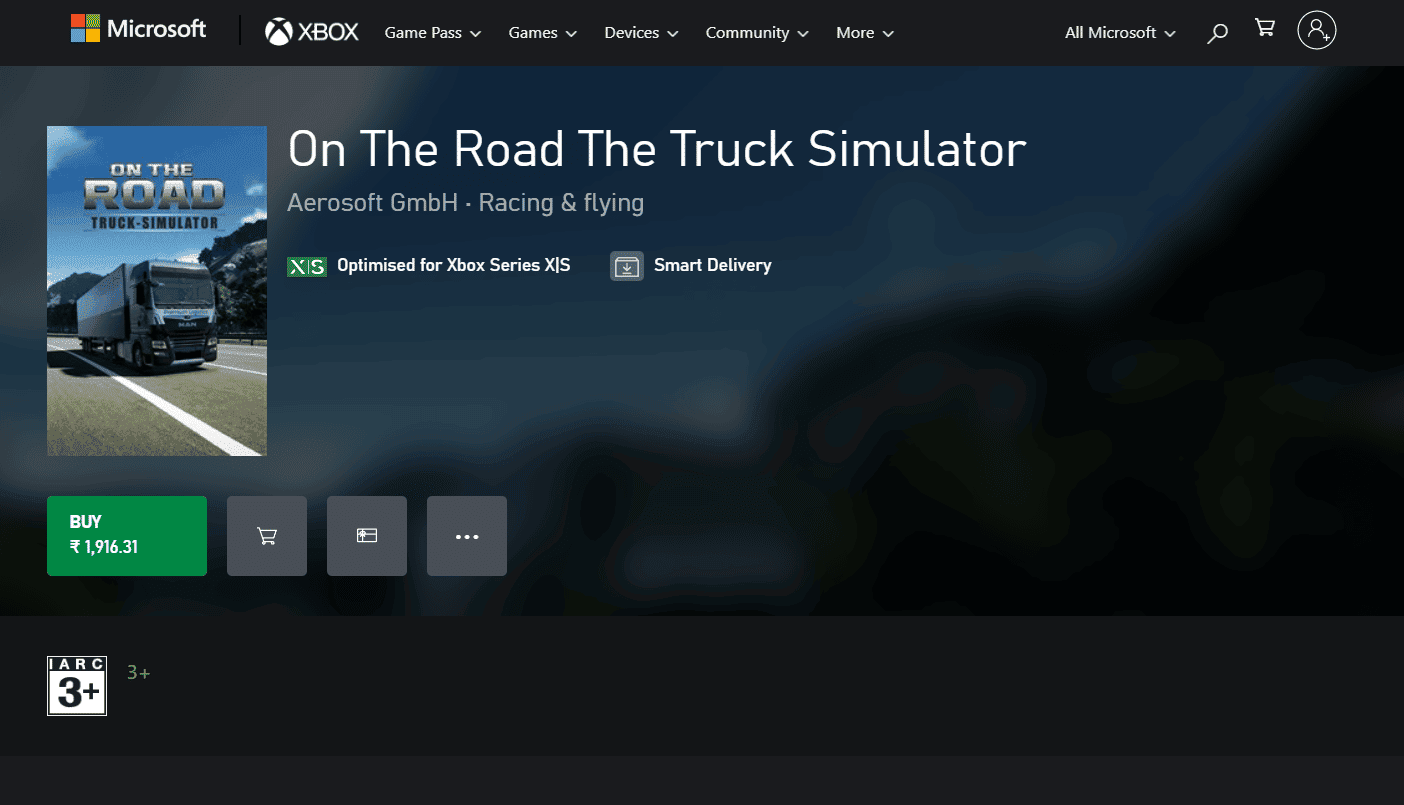 Also Read: Is There a JCPenney Mastercard?

What Console Can You Play American Truck Simulator on?

You can play American Truck Simulator on Windows, macOS, and Linux-supported devices along with these your device need to meet the minimum system requirement to run the game. The minimum and the recommended system requirement can be found on the American Truck Simulator Steam page. The game is still not available officially for other platforms like Xbox and PlayStation. However, if dig deeper on the internet, you’ll surely find a way to play them on these consoles. Even if you don’t find there are other games similar to ATS available, you can get them. 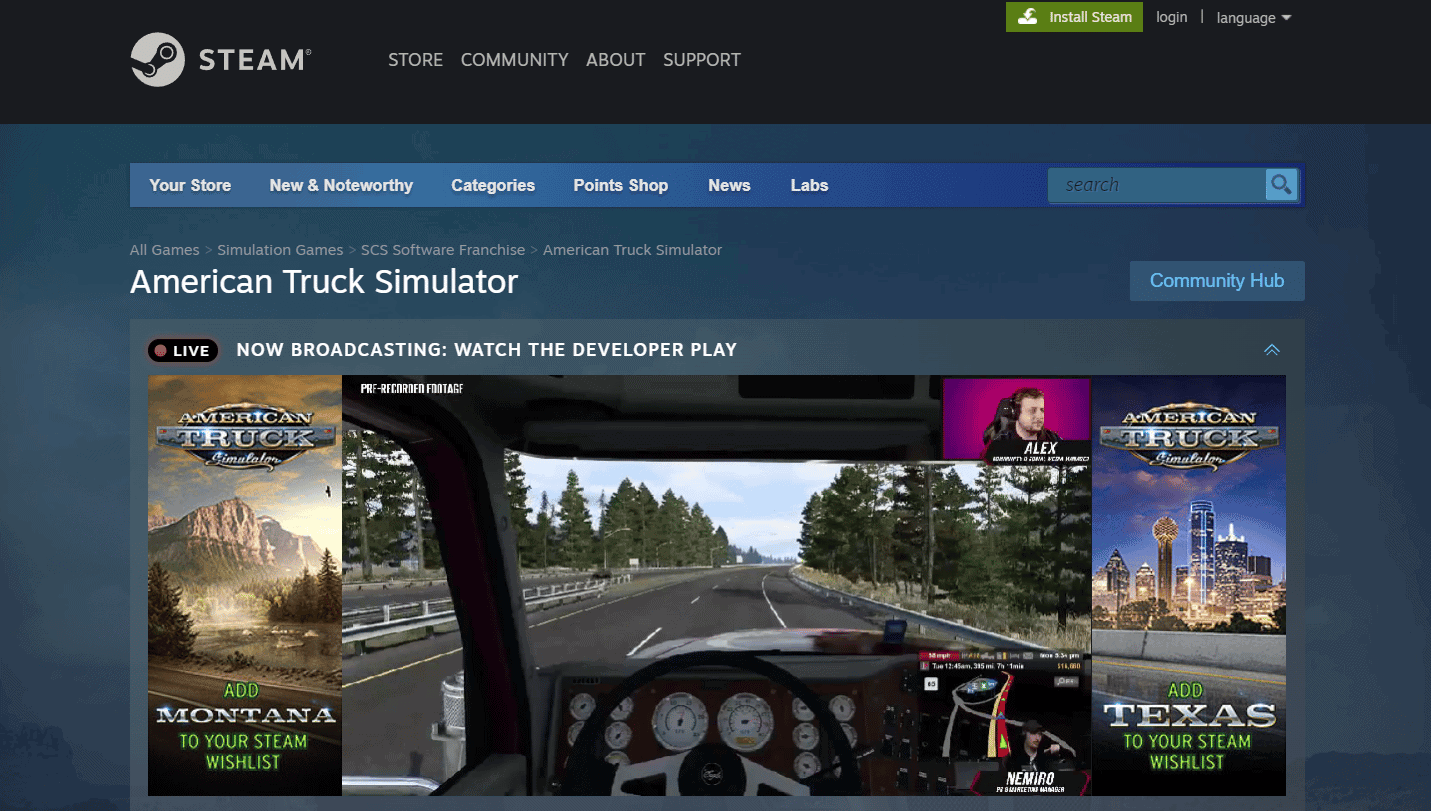 Is There an American Truck Simulator for Xbox One?

No, there is no American Truck Simulator for Xbox One or any Xbox console. The game is only available on Windows, macOS, and Linux operating systems. Even though the game is not supported on Xbox, as your Xbox uses the NVIDIA graphics card, you can create an account on the NVIDIA website, and from there, you can get the American Truck Simulator for Xbox One. With the free account, you will only be able to play the game on your Xbox for an hour. If you purchase the premium subscription, you can play ATS on your Xbox One or any Xbox whenever you want. 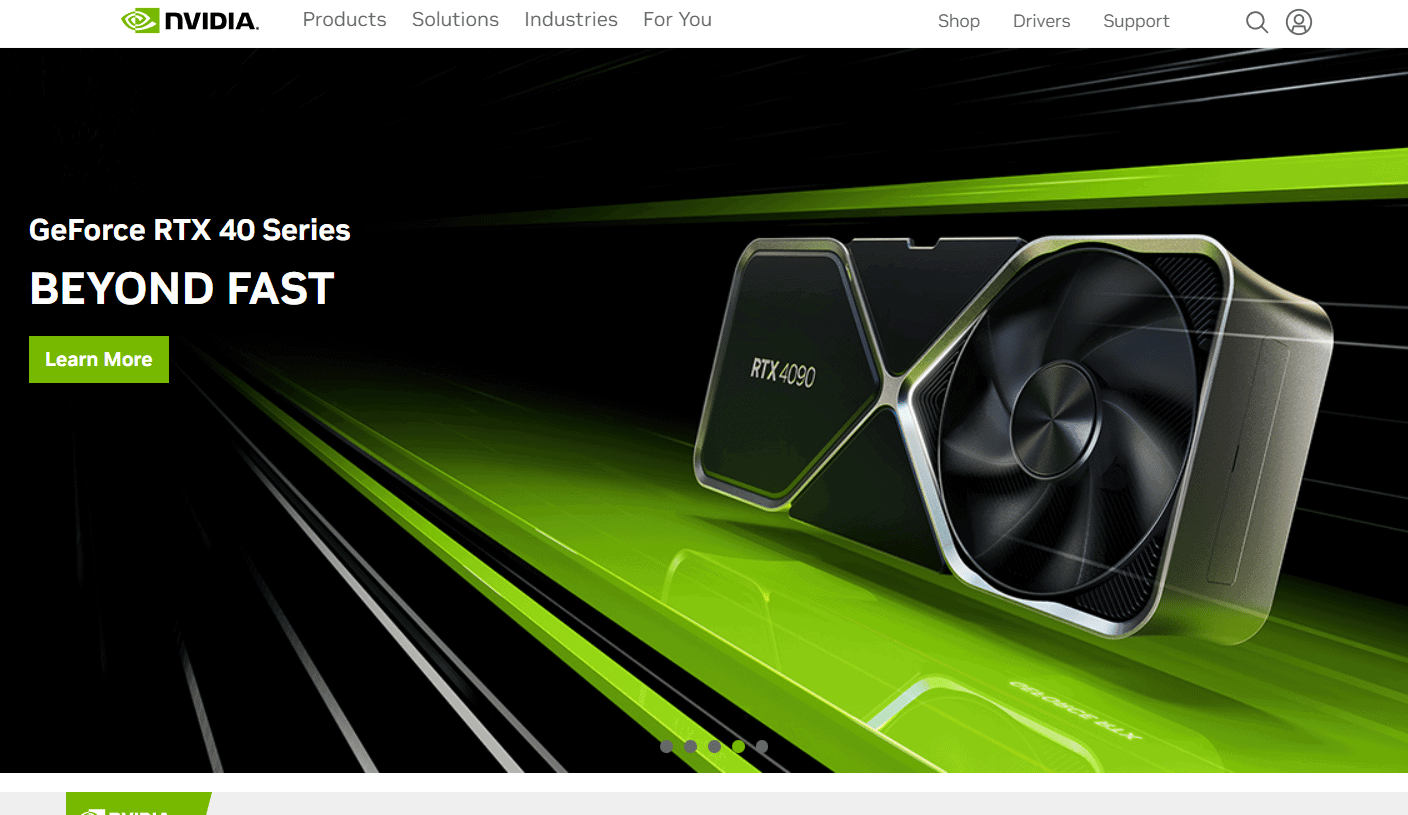 Yes, the Alaskan Truck Simulator is coming to Xbox. The game is about to be released somewhere between October 2022 to December 2022. Currently, the game’s demo version is only available on Steam, but in the future, it will be released to all the platforms, like the Microsoft store and PlayStation store. As the game launches, you will find this game in online stores, supporting all the major consoles and, of course, on PCs. The game will not be available for free, but you will be able to see the discounts at first. 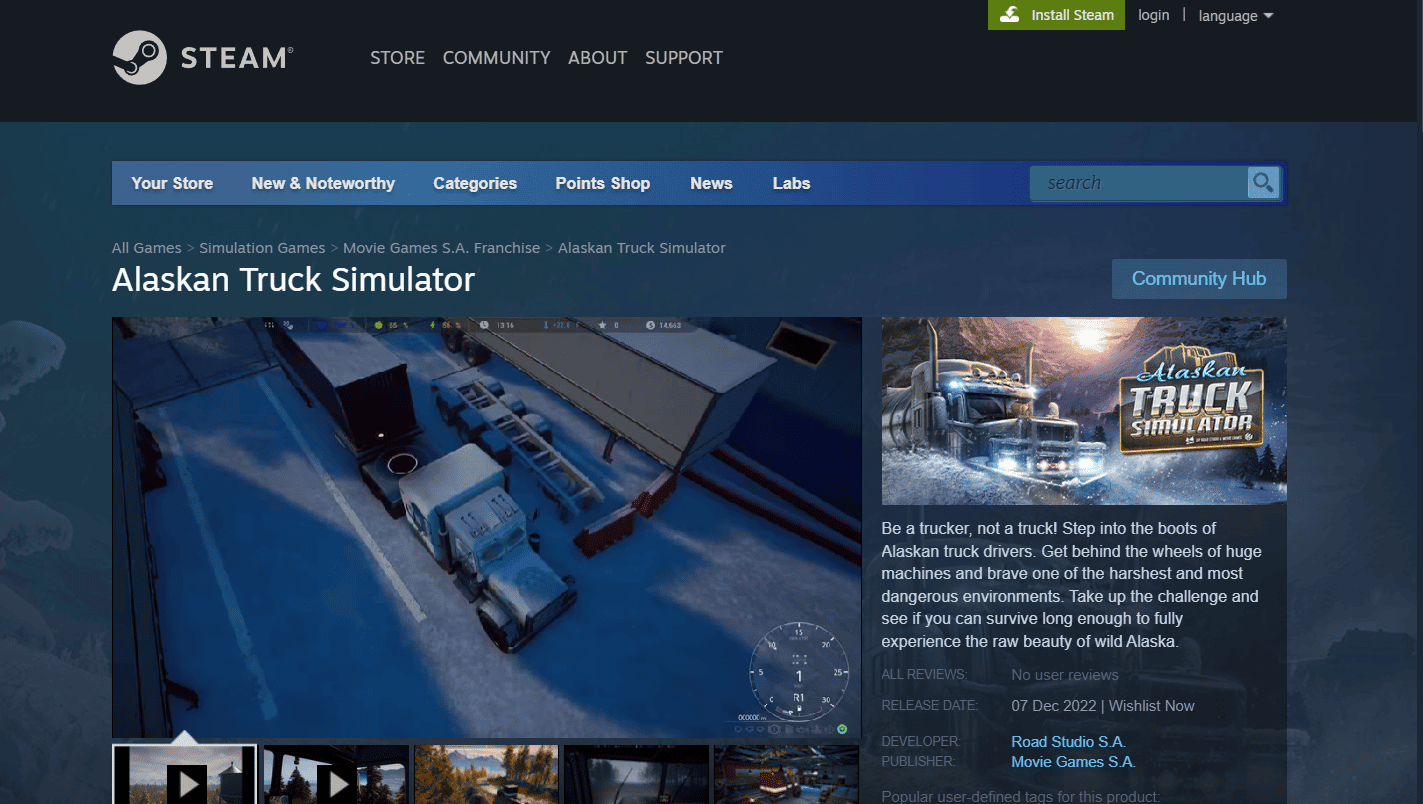 Is Truck Driver Free on Xbox?

No, Truck Driver is not free on Xbox and not on any other platform like steam. Truck Driver is a simulator game just like ATS but for Xbox. This game for Xbox costs $39.99 + taxes, which you can directly buy from your Xbox or the Microsoft store. The truck driver has different versions of the game, which include other maps, vehicles, skins, etc. It also has a free version available, but it’s capped with a limit, and you won’t get to do all the stuff that you can do with the paid version of the game. Now, you know if is Truck Driver Free on Xbox or not.

No, the American Truck Simulator is not completely free. You can purchase the game from Steam. There you will find the different versions of the game, along with the demo version of the game. Also, the paid version of the game is not that costly and is affordable, which is somewhere between $15 to $20. Also, some maps are free to download.

Can You Play ATS Offline?

Yes, you can play ATS offline. Although it’s an offline game, to avail of some online services, like buying things from the store, doing some painting on your truck, or some other online service, you will require to go online. Other than that, the game is completely offline to download and play. Once you’ve downloaded the game, you start your in-game journey as a Truck driver who travels to different places, completes the given tasks, and finishes them as soon as possible to earn good money and points.

What Do You Need for American Truck Simulator?

You will need these minimum system requirements for American Truck Simulator. If your device meets this system’s requirements, you are good to run ATS. If the system requirements are not met, even if you install the ATS on your system, it will crash whenever you start it or will lag a lot, making it impossible for you to enjoy the game.

Can You Get Out of Your Truck in American Truck Simulator?

Yes, you can get out of your truck in American Truck Simulator. The character riding the truck can’t get out of the truck. But because of a new update, the player playing the game gets access to move freely by changing the camera view and moving anywhere in the game. If you didn’t receive the update yet, you can use the config file to unlock this feature in your ATS. Using the free-to-move feature, you can take a closer look at your truck, the environment around you, and anything that’s in the game.

We hope that you learned about if is there an American Truck Simulator for Xbox One and whether can you play ATS offline. Feel free to reach out to us with your queries and suggestions via the comments section below. Also, let us know what you want to learn about next.