Murder Mystery 2 is a Roblox horror game created by Nikilis and is based on Garry’s mod game mode known as Murder. The game features three modes: casual, hardcore, and Assassin, which can be switched at any time by the player. The game server holds twelve players where one is a sheriff, one murderer, and the rest of the ten are innocent people. The goal of the sheriff is to find the murderer and save the town before the time runs out, as he is the only person who has a gun as soon as he spawns and the murderer has a knife for killing other innocent people. There are many game passes that can be purchased during the sale using the in-game currency Robux, and the Nightblade is one of the rarest godly knives that can be found in one of the Shadow items packs. If you are someone whose favorite weapon is Nightblade and want to know more about another rare weapon, this article will help you. It will help you know the worth of Nightblade in MM2 and will also tell you how do you get Nightblade. You will also get to learn how much seers is Nightblade worth in MM2 and what is the rarest type of weapon in MM2. 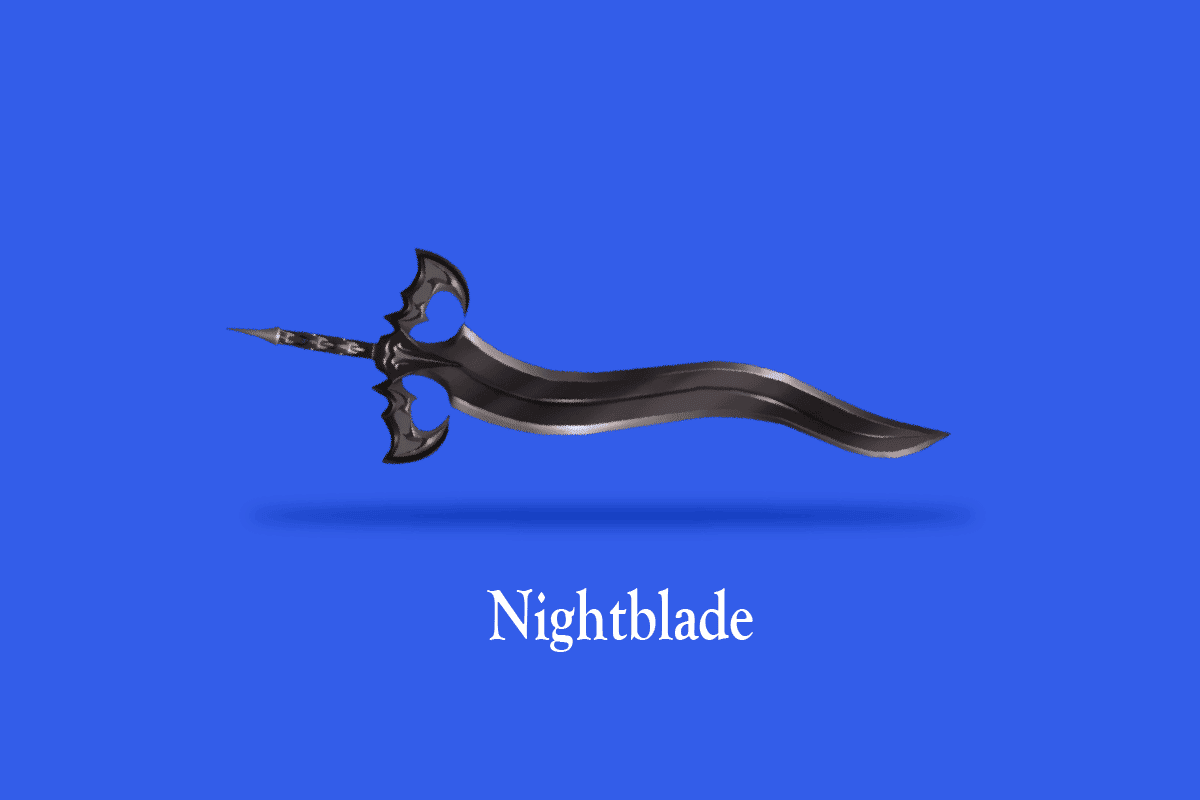 What is the Worth of Nightblade in MM2?

You will get to know what is the worth of Nightblade in MM2 further in this article. Keep reading to learn more about it in detail.

Nightblade is a wavy-shaped black reflective flame-bladed sword that can be found in the Murder Mystery 2 Roblox game. The guard of this sword is made up of two curved quillons shaped like wings, and the handle is sleek and slim with sharply pointed pommel attached to the bottom of it. It is a godly knife that was initially obtainable by purchasing the Shadow item pack for 1299 Robux and now can only be obtained by trading gamepass. The sword was quite rare and hard to find. 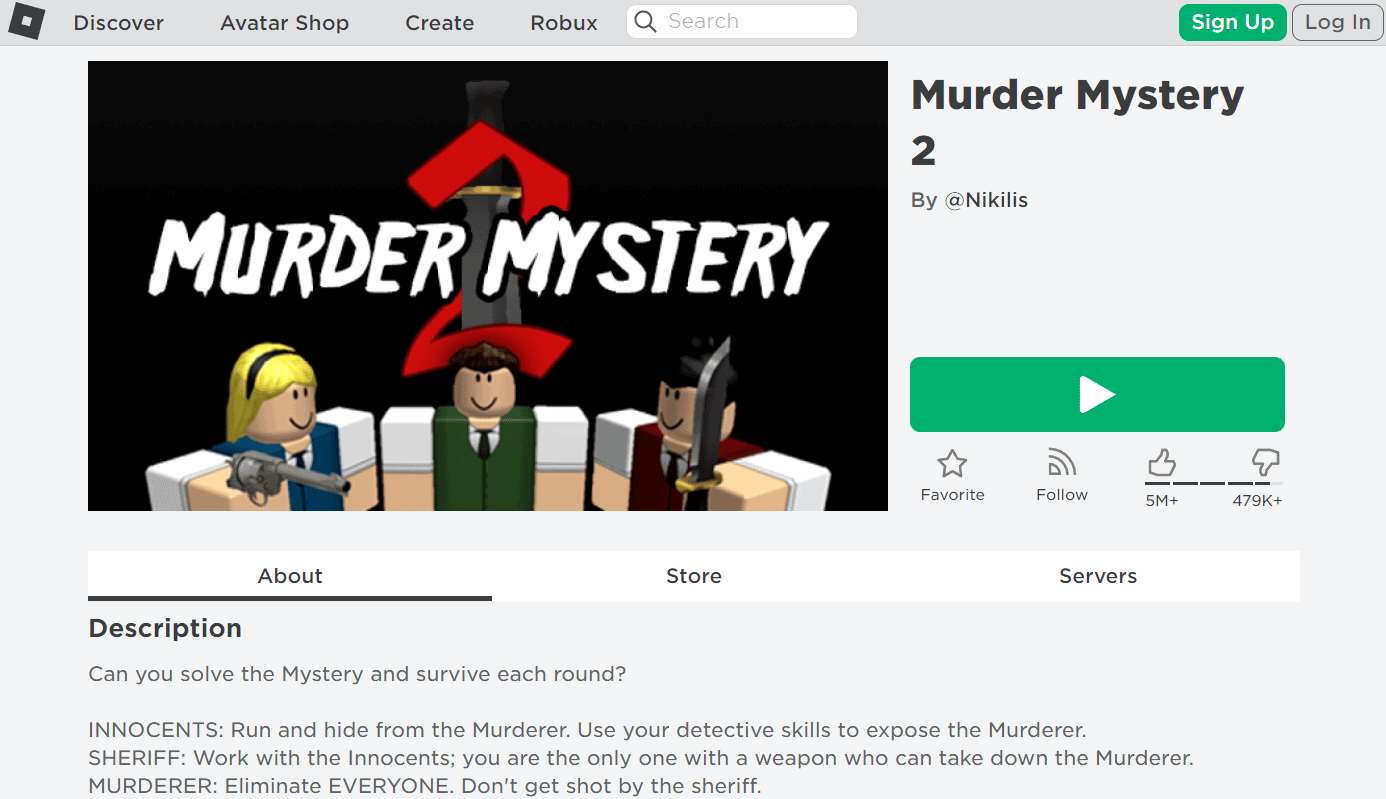 When was Nightblade Released?

Nightblade comes under the shadow item pack, which was a game pass that was introduced by Nikilis on 8 August 2016. The Nightblade was quite a rare item to collect. The shadow item pack was originally available on the shop of the game, which can be then bought for 1299 Robux but this item pack only stayed for two years and went off sale on 25 October 2018. If you want Nightblade now, the only option is by trading it with someone who already has it.

How Do You Get Nightblade?

From the year 2016 to 2018, Roblox players were able to purchase the shadow item pack for 1299 Robux where they will get the Nightblade along with other cool items. But after 2018, the shadow item pack went off sale and is no longer available for purchase in the game shop. To get the Nightblade, the only option for the Roblox player is to trade it with another player. And to do so, follow these steps:

2. Go to the player’s profile you want to trade with.

3. Click on the three-dotted icon in the upper right corner of the box that contains their username and friends/follower information.

5. Select the item you want to trade and make sure the other player has selected Nightblade for trade.

7. Click on the Make Offer button to submit the trade.

9. Then, click on ACCEPT to accept the trade of Nightblade they have put forth. 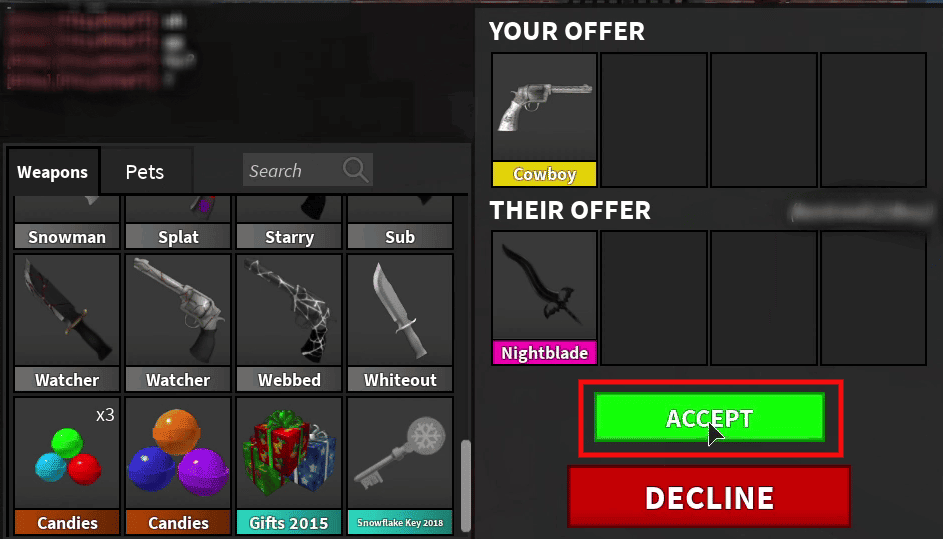 This is how you get Nightblade in MM2.

Also Read: How to Get Robux Easily for Free

What is the worth of Nightblade in MM2?

What is a Seer Worth?

Seer is one of the godly knives of Murder Mystery 2, which can only be obtained by either crafting or by trading with someone who already crafted it. A seer is a knife that can only be crafted, and currently, it requires 20 legendary shards to craft it, meaning that the player needs to salvage at least ten legendary weapons to obtain the required metal for a seer to craft. Before the season 1 update, a player would only require 10 legendary shards to craft it, which means only five legendary weapons to salvage.

How Much Seers is Nightblade Worth in MM2?

The worth of Nightblade in MM2 in terms of seers is 35 seers. The Nightblade can only be bought by trading currently and is one of the godliest weapons available in the time being on MM2 and is also a bit rare. The worth of Nightblade in terms of supreme is 32 supreme. Before 2016, you could buy it in the shadow item pack for 1299 Robux, but as it went off sale in October 2018, it is only available by trading and can’t be crafted. It is how much seers is Nightblade worth in MM2.

What is the Rarest Type of Weapon in MM2?

The rarest type of weapon in MM2 is Nik’s Scythe which is worth up to 150,000 seers or more. It’s not just the rarest item but also the most difficult one to get. The Nik’s Scythe is so rare that only seven people in total have it, and is named after the creator of MM2 Nikilis. And it was only ever released to Nikili’s friends and Nikilis himself. The Nik’s Scythe was one of the rarest and the most valuable weapons in the MM2.

Is Korblox Rare in MM2?

Yes. Korblox is the rare knife in MM2 but not that difficult to get. Korblox has a black blade with textured creases on it. The tip of the blade is blue, which runs down the blade to the heel, the guard is colored silver, and the handle is purple with some silver outlines on it. The pommel also has silver color to it with a wave pattern printed on it. It’s a tier 1 knife that can be found by unboxing Knife Box 4 or by trading. The estimated value of a Korblox is 4 uncommon T1.

What is the 2nd Rarest MM2 Knife?

The 2nd rarest MM2 knife is the space knife which can be obtained by unboxing Mystery Box 1 or by trading. Space knife is a Tier one knife, and its estimated value equals 4 rare T1 and 4 uncommons supreme T1. The blade of the knife is galaxy themed with purple, pink, and blue color, along with some dots which look like stars. The same galaxy-themed pattern can be found on the handle, which is of blue and black color, and the guard is dark purple. Because of this galaxy theme, it is called a Space knife.

How Much Robux is Ice Dragon Worth?

Ice Dragon is worth 350 Robux, which can be purchased from the in-game store. Ice Dragon is a godly tier 2 knife that could be bought for 750 Blue Tokens during the 2016 Christmas Event and now can only be obtained by trading. The knife can produce 16 godly shards when salvaged. The blade looks like a large geometric-shaped icicle which is colored icy blue. The guard features four shards of ice with three small icy crystals placed in the center. The handle has a paracord design on it, and the pommel at the bottom has a darker icy blue color.

What is the Value of OG Set in MM2?

The Old Glory set can be obtained by purchasing an American Item pack in MM2, which cost around 899 Robux. The OG set consists of godly knife old glory, a godly gun Amerilaser, and the godly pet Sammy, which was an Eagle. All the items in the OG set have an American flag printed on them with silver stars, red and white stripes, and blue colors. The OG set was only available for purchase in the period between the year 2016 to 2018 and is now off-sale and can only be obtained by trading every item individually.

We hope this article has helped you in knowing the worth of Nightblade in MM2 and also helped you to know how do you get Nightblade, how much seers is Nightblade worth in MM2, and what is the rarest type of weapon in MM2. You can drop your queries and topic suggestions for future articles in the comments section below.