On Windows 7, Microsoft released several games that are extremely remarkable. Solitaire, FreeCell, Mahjong, and Chess were all popular games at the time. They are either well-known or easily learned in most regions of the world. However, these Windows 7 games have been discontinued, most likely due to Microsoft’s decision to push the new Universal applications. These games were taken away in later versions of Windows 10 and replaced by games that no one desired. One of the most memorable games available back then was Chess Titans. In this article, we will tell you how to download and play Chess Titans on Windows 10. 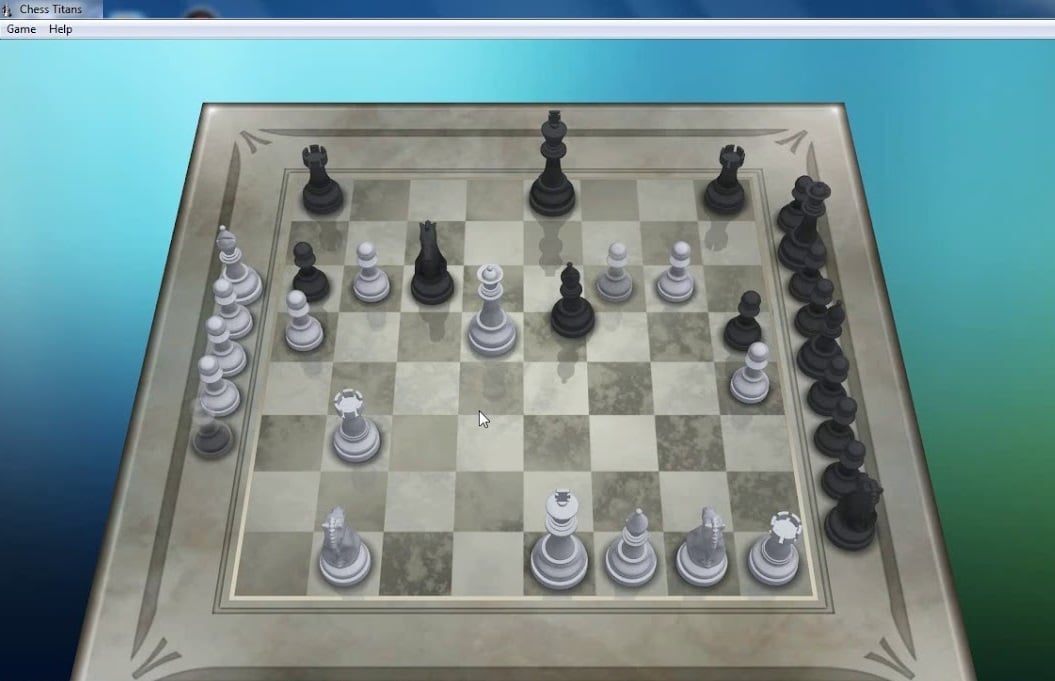 How to Play Chess Titans on Windows 10

Even though there are several online chess games, mobile chess games, and offline chess games accessible, Chess Titans are still greatly missed. Chess Titans is one of Microsoft’s many well-designed and engrossing Windows 7 games. It was one of several games produced by Microsoft and offered as a Windows 10 stock app. Following are a few features of this game.

Don’t worry, if you want to play this game on Windows 7, it can also be played on Windows 10.

Though Chess Titans and the other games that came with Windows 7 are no longer available, you can still play chess titans on windows 10. All you need to do to play Chess Titans on your Windows 10 computer is to download and archive the games, then install them. Follow these instructions to chess titans download for Windows 10:

2. Extract the .zip file and open the folder.

4. Select Difficulty according to your level. 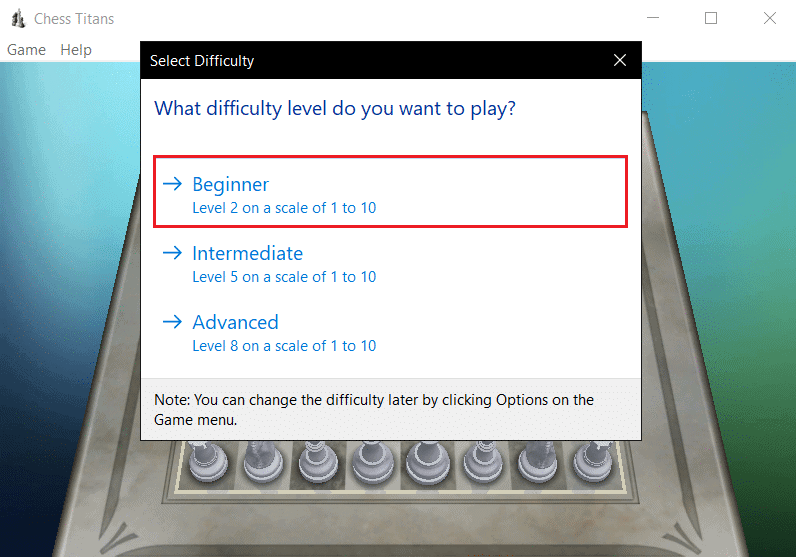 Chess Titans is a free game for two players who are referred to as White and Black throughout the game. The aim is to capture the king of your opponent. This is known as a checkmate in the game. Chess is played on a 64-square board. A few more info regarding the game is listed below.

To play Chess Titans on Windows 10, follow these steps:

1. Open Chess Titans app. By default, a user takes the role of White and competes against the computer.

2. Go to Game on the menu bar and select any one of the given options to play against the computer or human respectively. 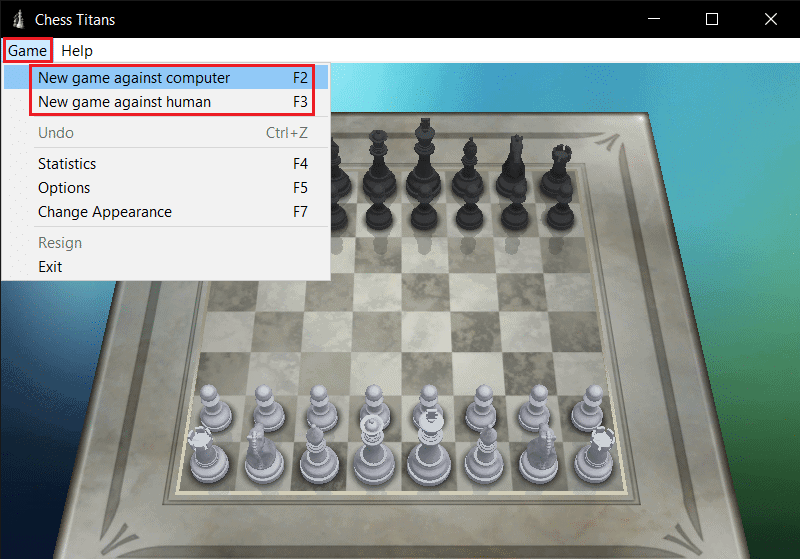 3. To adjust in-game behavior, click on Game from the menu bar. 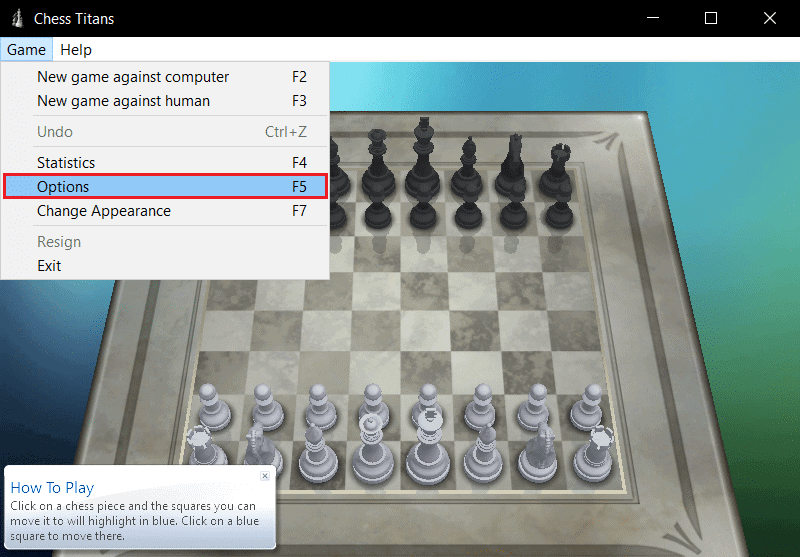 5. Move the slider to change the game’s Difficulty and Graphics quality. And click on OK. 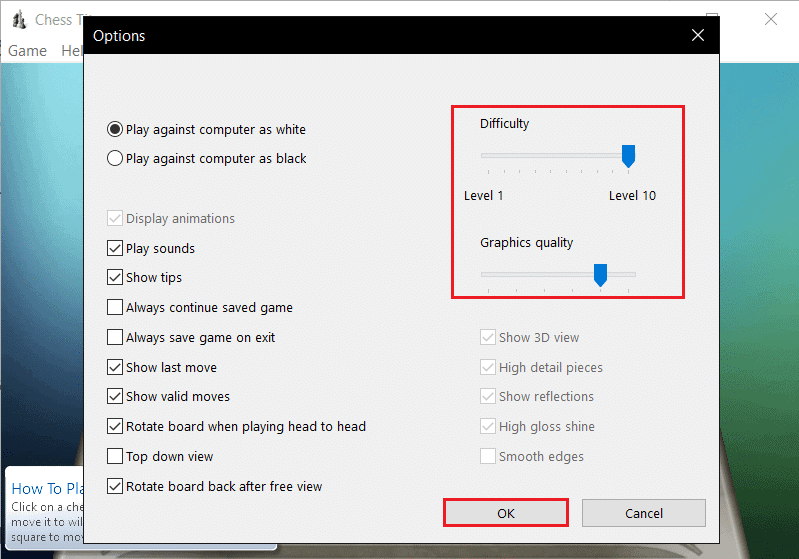 6. If you want to change the pieces and board style, select the Change Appearance option from the Game dropdown menu. 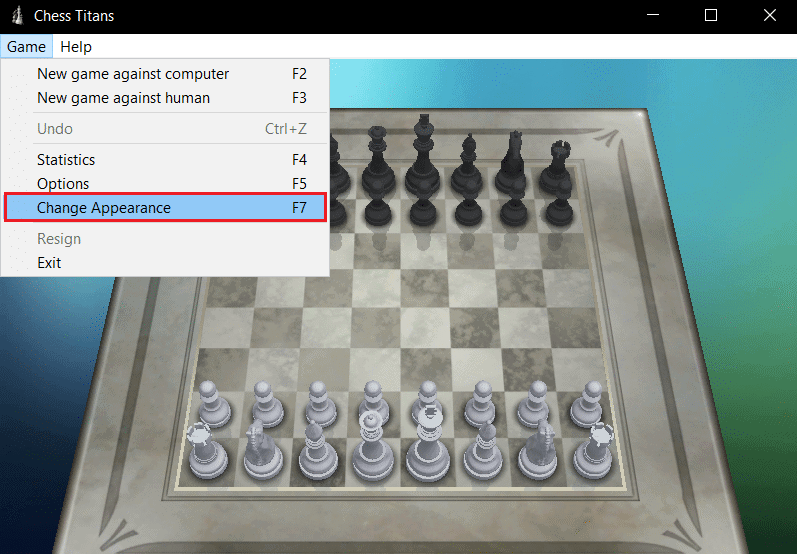 7. Now, modify the settings for the given options and click on OK. 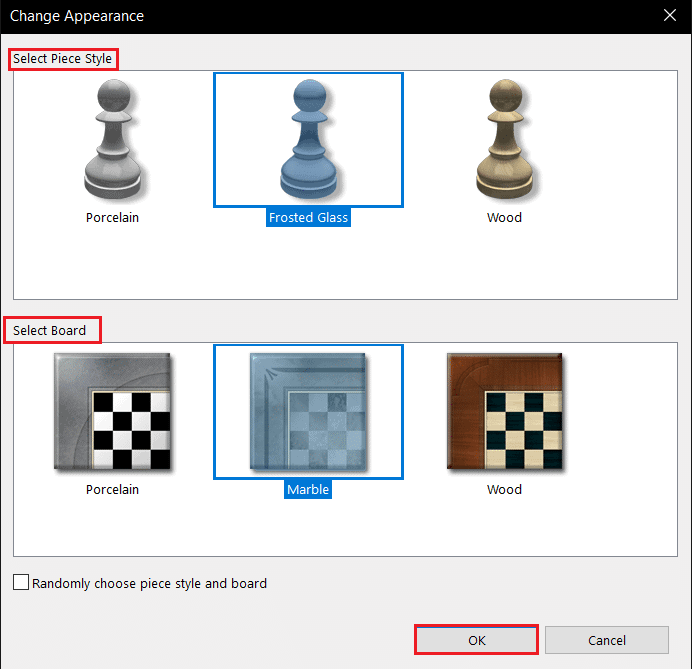 White takes the initial turn, and then the player’s exchange turns. To move a piece, click it first, then click the square where it should go. When you choose a move, the game will highlight all of the available options for you to choose from. Moving into a square that is currently occupied by one of your pieces is against the rules. When you enter a square occupied by your opponent, the occupying piece is considered captured and is taken from the board. Following are the list of pieces and their repective moves.

Note: When your king is trapped by an enemy opponent with no way out, a check and mate occurs. The king square will become red when this happens.

Also Read: How to Enable Telnet in Windows 10

Chess Titans is a straightforward game to play. Although the board and game pieces aren’t the best, inconspicuous games are hard to come by. Typical characteristics include complicated menus, a vast list of features that have little to do with the game, and more bells and whistles that are required for Chess. The only flaw in Chess Titans is its design, which is unlikely to improve because no new skins are being produced, but it’s still a fun game to play on a rainy day.

Ans. Yes, you may download the game via your browser and you can also use Bing to look for it. Please keep in mind that the game you wish to download is a third-party program that may harm your Windows 10 computer. Before downloading a chess game from somewhere else, we recommend looking for one on the Microsoft Store first.

Q2. In Chess Titans, how do you undo?

Ans. You must restart the game to reverse the modifications. If you’re having trouble using the Game tab drop-down, try using Ctrl + Z key combination to undo the motion and see if that helps.

We hope you found this information useful and were able to know how to play chess titans on Windows 10. Reach out to us in the comment section down below if you have any suggestions or feedback regarding this article.