Minecraft is a game that is as much about casual leisure and discovery as it is about rigorous survival. Survival mode is quite popular, and players are taking Minecraft more seriously than they had in the past. Having a decent home base is a crucial part of this mode. For your survival in the game, you will need a Minecraft house or foundation. It is where you usually change your spawn point, store collected resources, and construct, brew, or enchant goods. We have got a terrific variety of modern Minecraft house ideas for you to check out, ranging from contemporary houses to subterranean bases, tree houses to farmhouses. Each of these makes the most of every sort of Minecraft block that its architects choose to utilize. These Minecraft house designs will provide you with top cute Minecraft house ideas for whatever type of home you want to construct. Get, Set, Build! 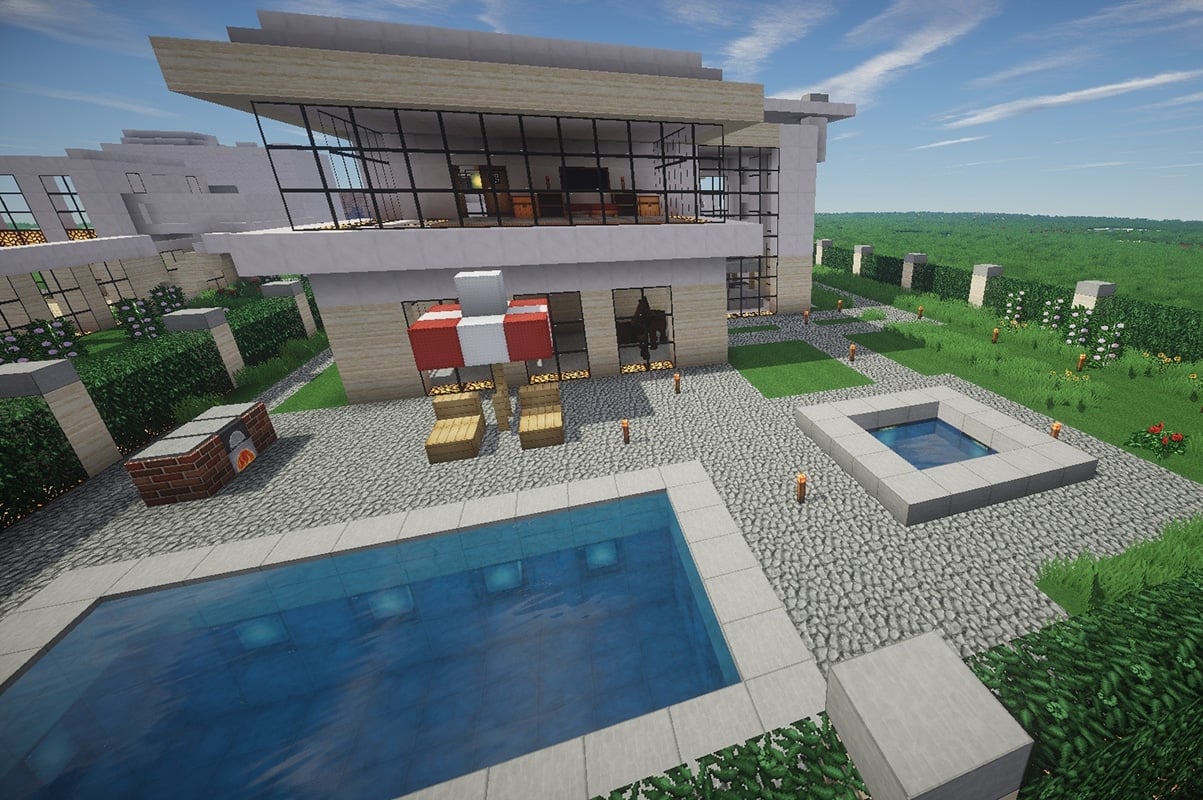 One of the modern Minecraft house ideas most Minecraft players come up with is a modest wooden box erected in a hurry when the sun sets for the first time. Building a house in Minecraft, especially for novices, is difficult. Everyone needs to start somewhere, but when they aim to construct something visually appealing in Minecraft, they start to look for resources and collect them. The number of resources might be more than what is essential. To construct your house, you might need a blueprint or architectural design and ideas. There are many lovely designs out there, but many of them are incredibly complicated and would be tough for novices to grasp, even with a guide. It would take quite a lot of time to build a house in Minecraft, but when you built it to completion, nothing would compare to the sensation you would experience when you glance out the window of your cozy cabin from your mountaintop hideaway. You may also refer to some youtube videos on building Minecraft house designs step by step.

This is a beginner-friendly design. It is simple to construct with ordinary resources such as wood and cobblestone and it is easy to expand in the future. If you build this type of house, make certain it is well-kept. Other use cases of this type of house design are listed below. 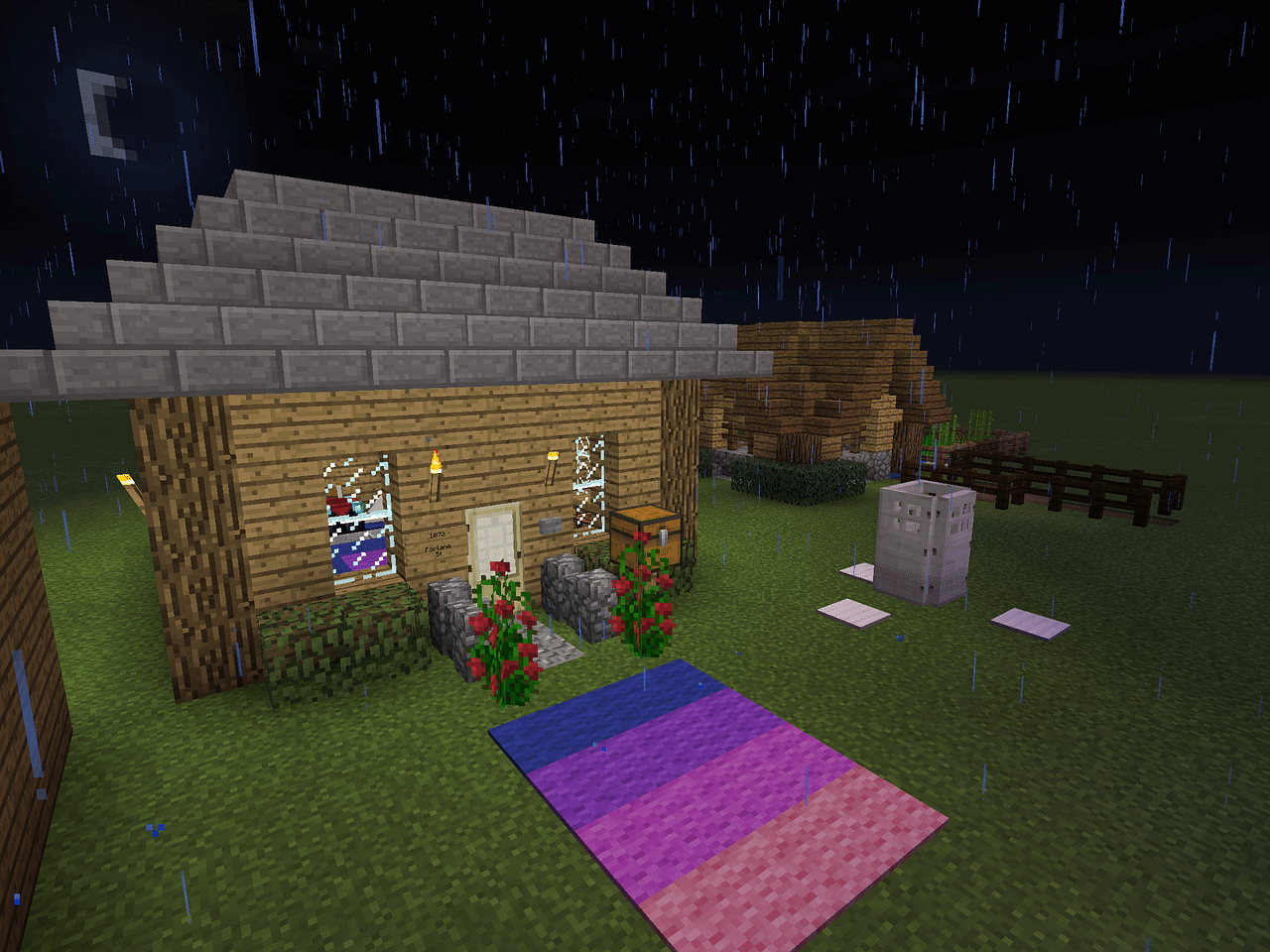 2. House with Plenty of Storage

The house with plenty of storage is also one of modern Minecraft house ideas. The primary component of this home design does not offer much to improve on the box with a roof design that most players would already have constructed. The added features on the other hand are the things that make the house much more appealing to the eye, such as:

However, if you do not light up this area below, mobs will spawn. This does not mean that the gamers will have to light torches all over the place. To make it more ornamental and beautiful, players can illuminate outdoor basement in a visually beautiful manner by using fenceposts and candles. 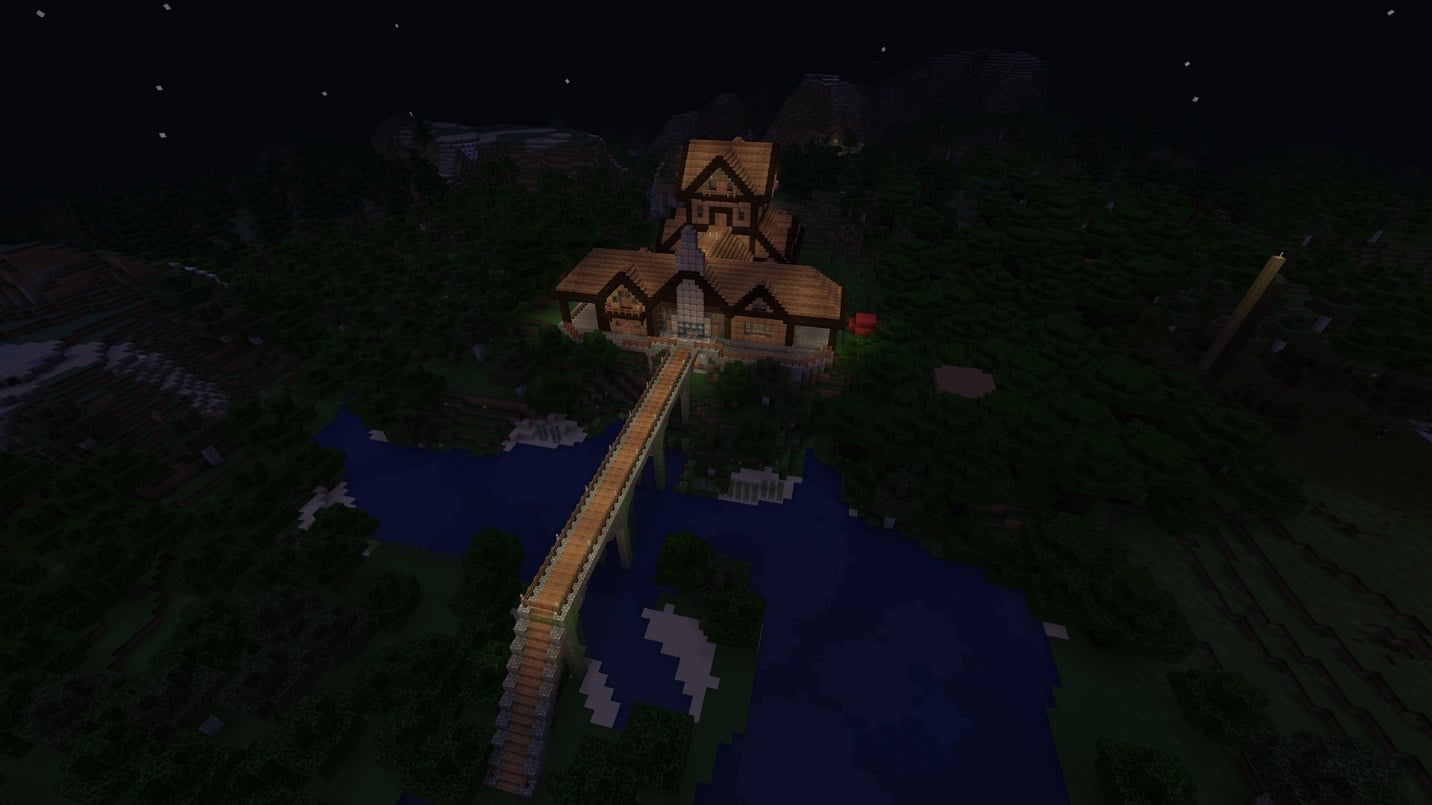 This house is worth looking at if you wish to build and want it to look attractive. It is largely made of wood, which is one of the most frequent Minecraft block kinds.

Your house will look according to the shaders that you have installed, as utilized in the image below. 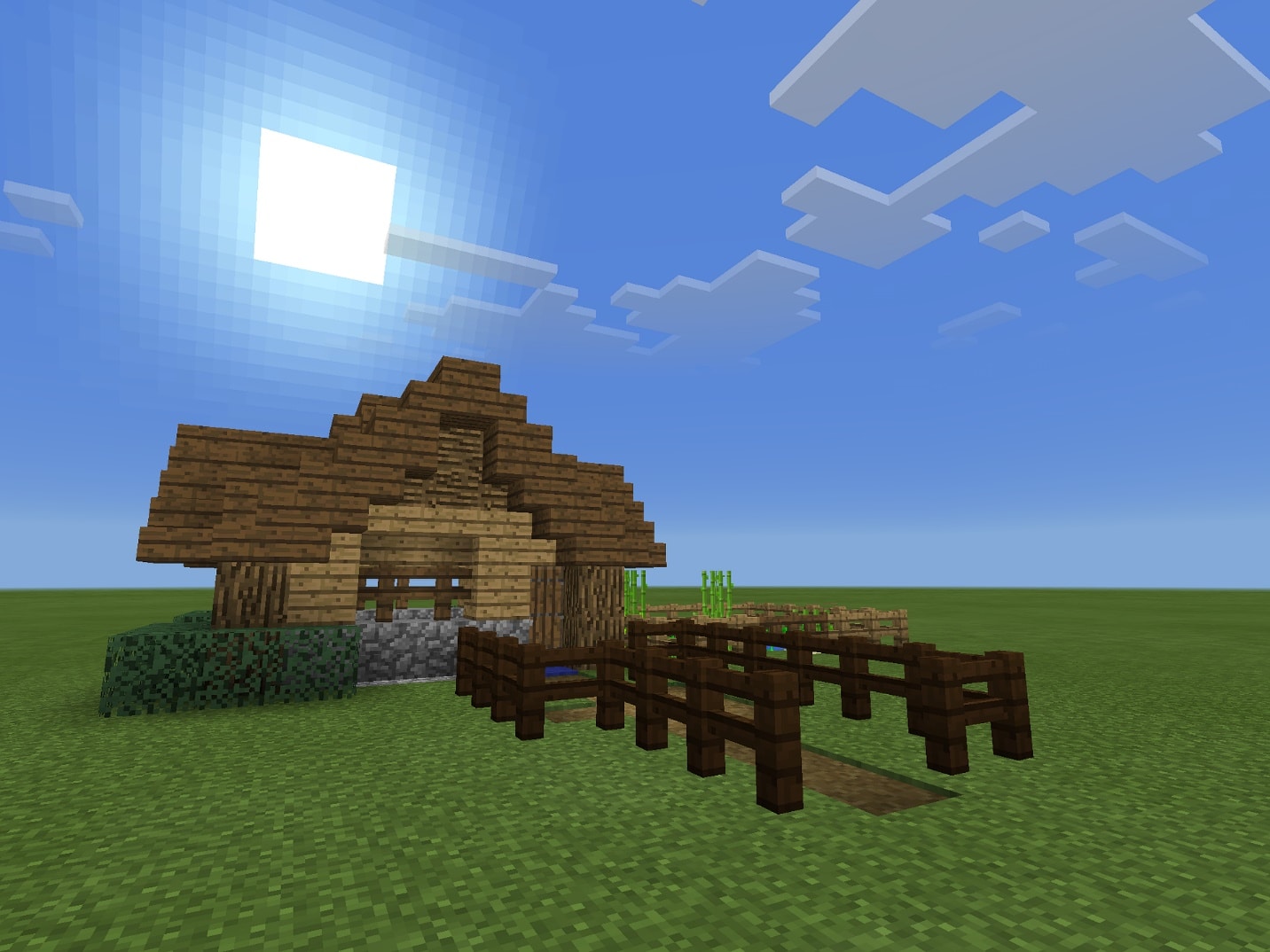 4. Roundhouse by The River

Some use cases of this house are listed below:

Here’s how to build this design: 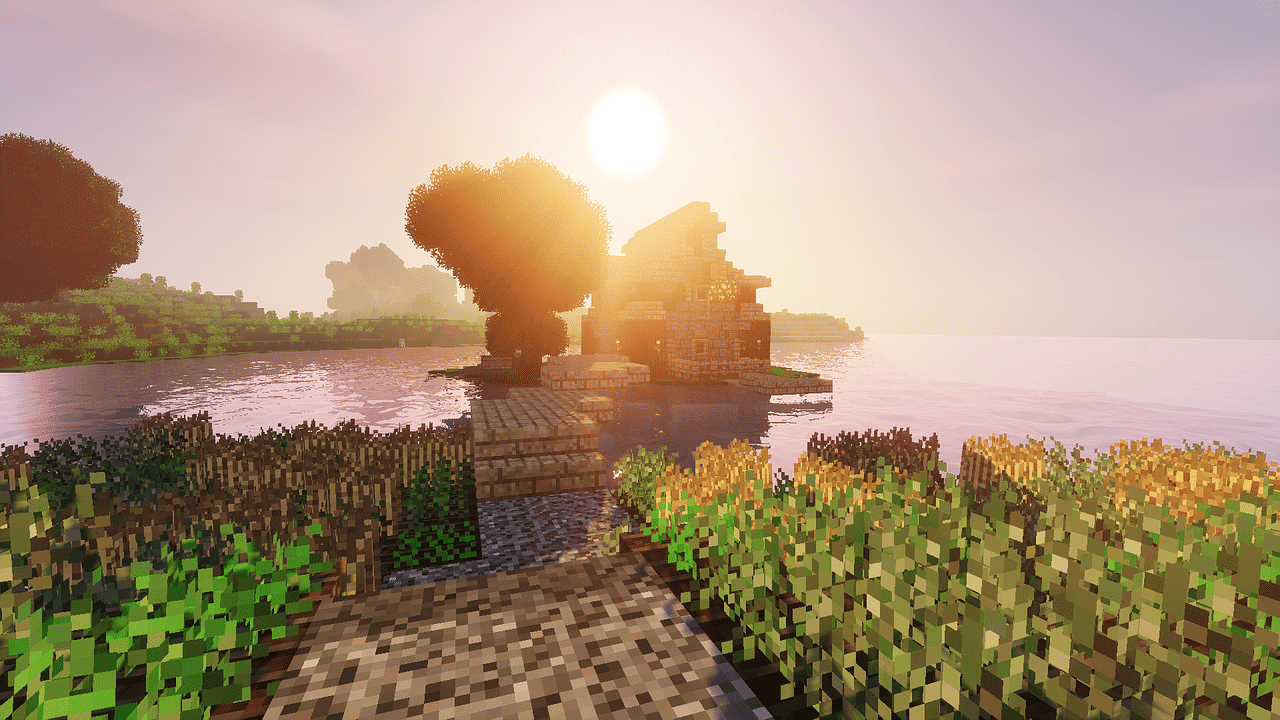 Sturdy Stone House is one of the top cute Minecraft house ideas. This basic stone home is worth creating if you do not want to build a house out of wood because it is less likely to survive harm. Some features of this house are as follows: 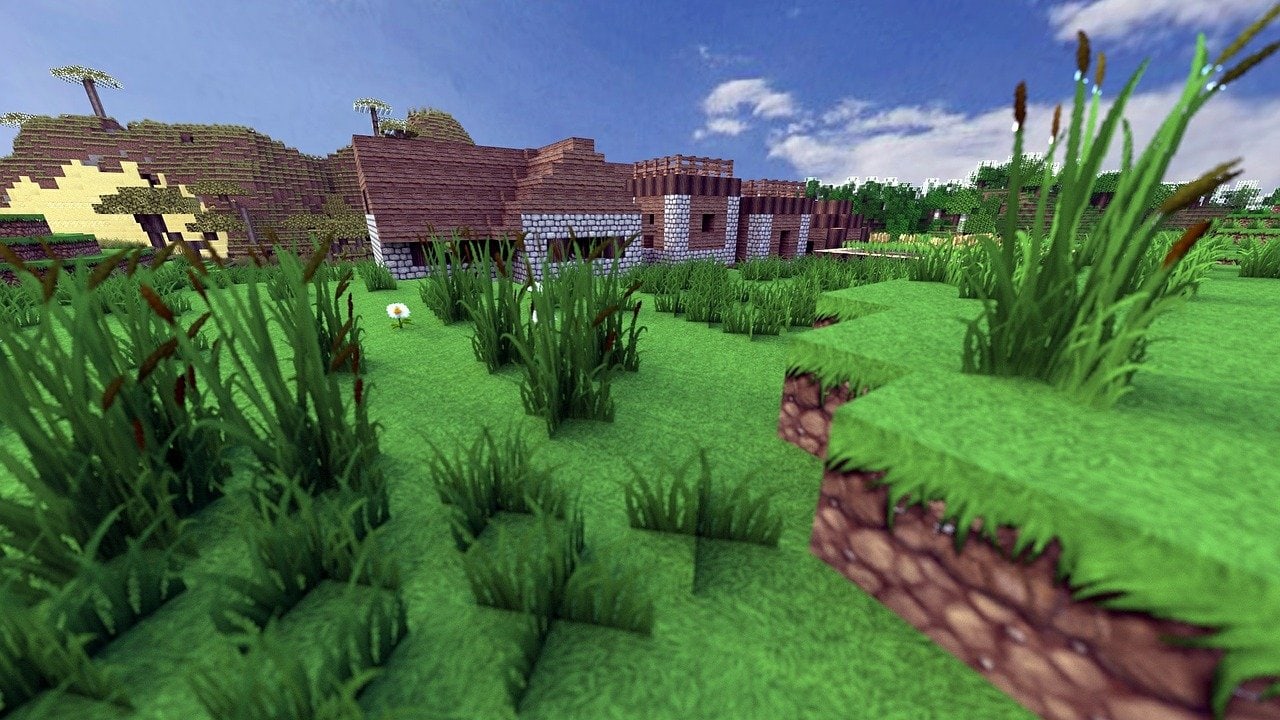 Probably, the players who did not create a wooden box on their first night dug into the side of a mountain instead.

However, there is nothing wrong with planting a little garden in front of the huge window entry to add some flair without detracting from the mountain retreat ambiance.

This is one of the more difficult buildings, and gathering the materials will take some time. If you want a big strong house, check out WiederDude design. Here are some features of this modern Minecraft house idea:

The home may not be as attractive, but it is still a fantastic design. 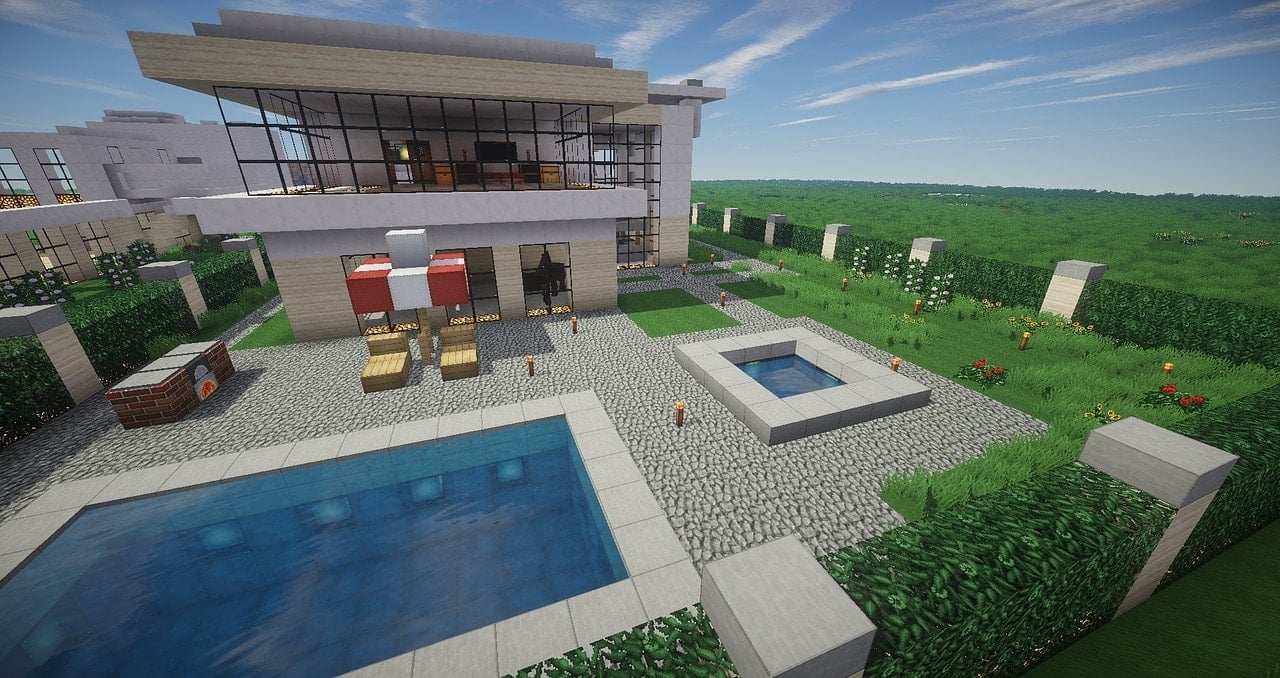 It is a lot of fun to play Minecraft with your friends, especially if they are new to the game. However, it implies that whatever home is created, unless it is built independently must have adequate space for both/all players, which is where this design shines. Some features of this cute & modern Minecraft house ideas are mentioned below:

If they have a lot of pals living in a single residence, players can perhaps create bunk beds for a more intimate atmosphere. Simply construct a tiny structure atop a bed using a fencepost and wooden slabs, then lay another bed on top.

Note: Make sure there is enough space for the bottom bunk so the player who sleeps there does not get stuck. 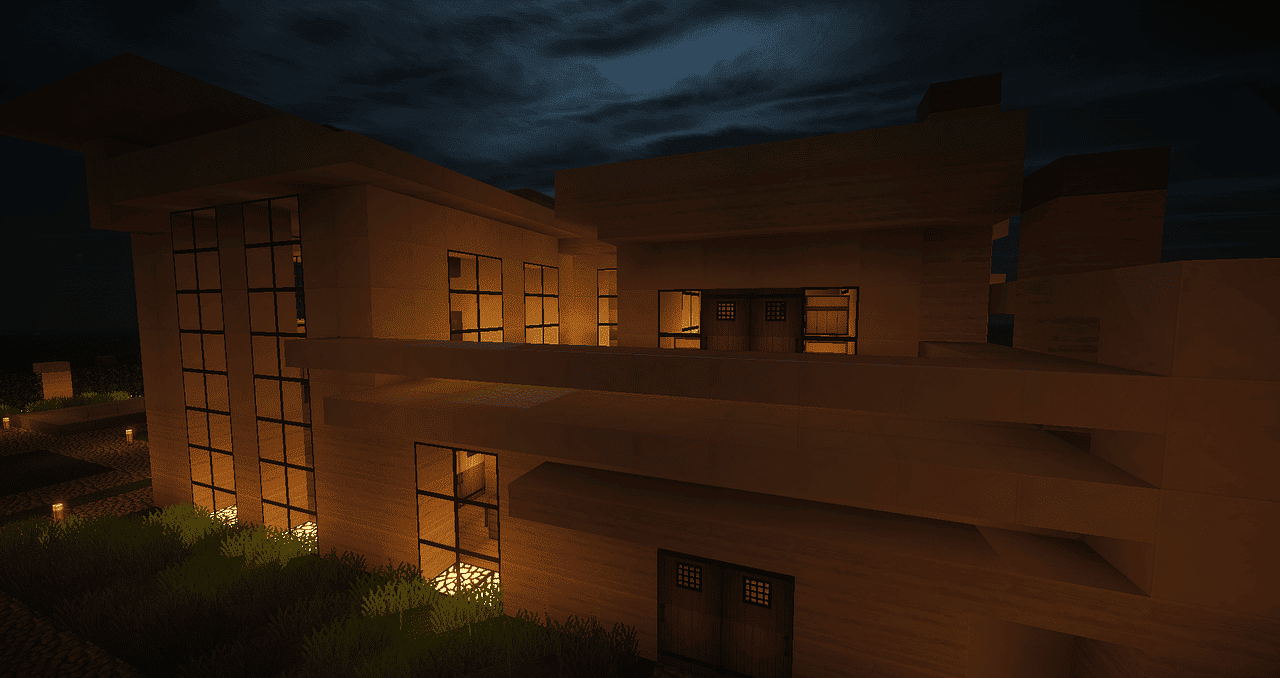 The urge to build a castle is fairly prevalent among Minecraft players. Those who have seen the extremely intricate and large ones believe they will never be able to realize their desire. That is not the case, as there is no rule that a castle must be large or elaborate. While living in a complex web of rooms and corridors is not quite the same as living in a castle. There are lots of ways for modest homes to seem like one. Here are the features of this type of cute Minecraft house idea: 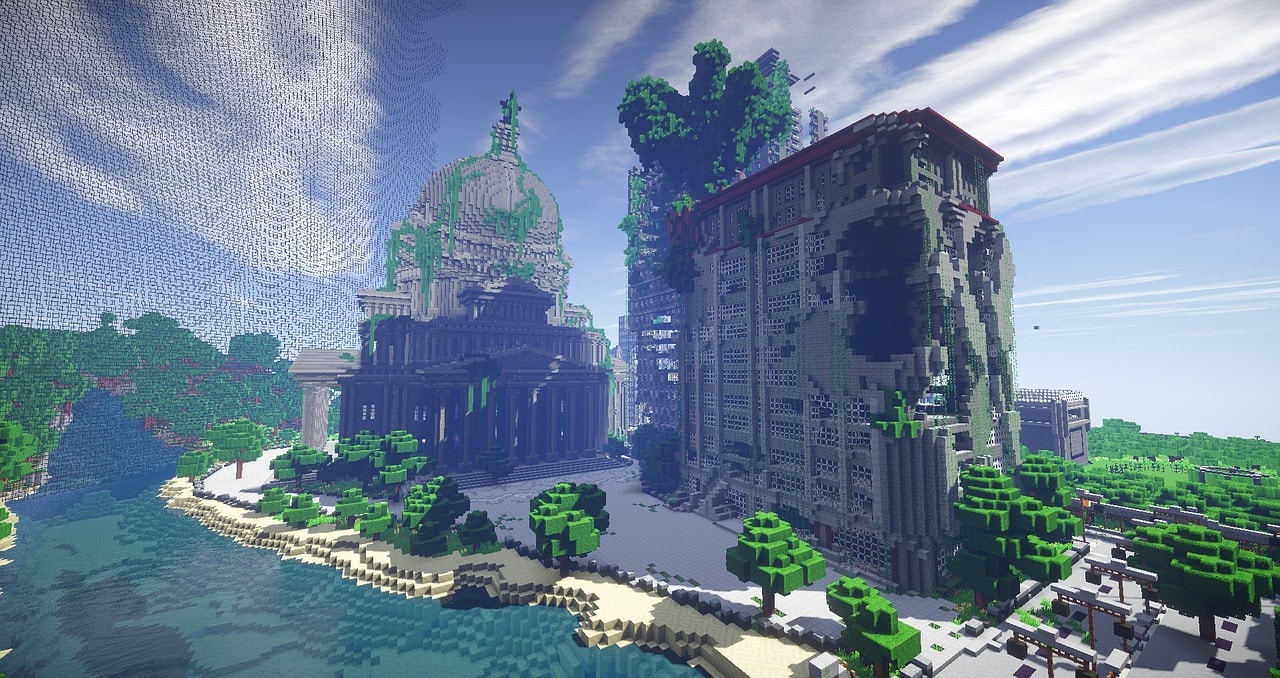 Tiered Farmhouse is also one of the top cute Minecraft house ideas with the following noteworthy features: 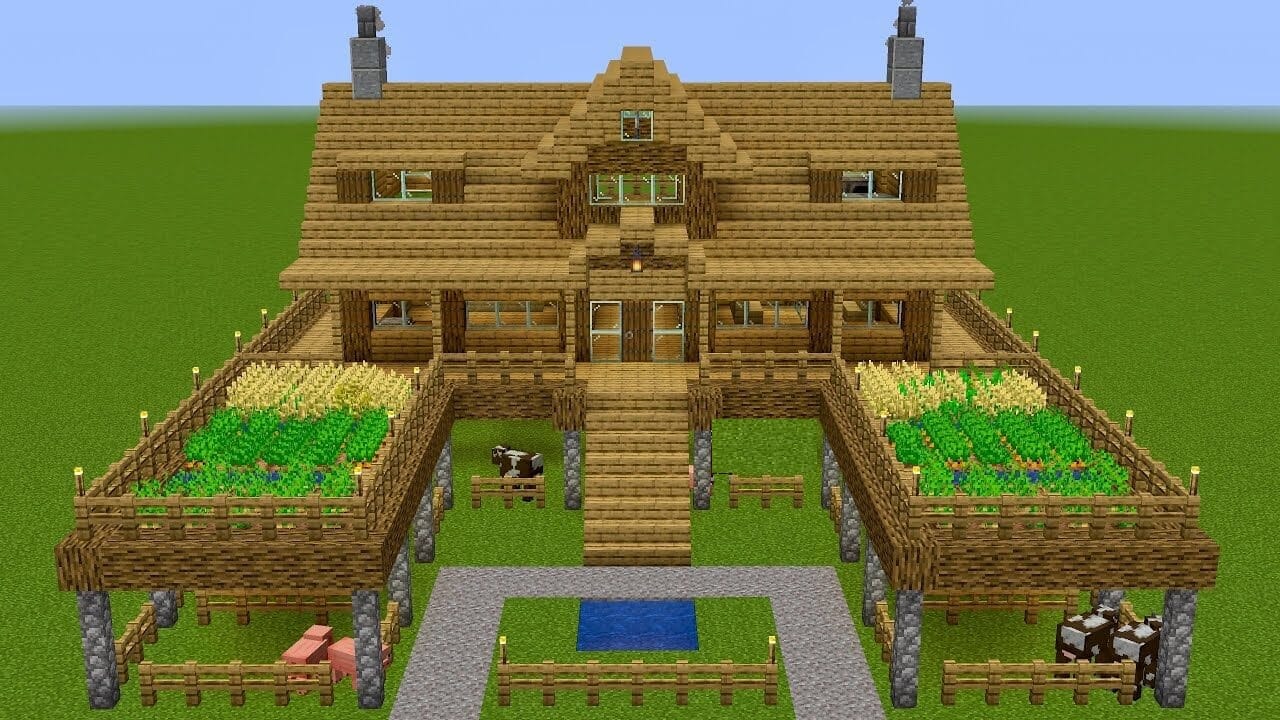 Q1. What is the most efficient approach to construct a house in Minecraft?

Ans. To construct any structure in Minecraft, just put blocks to create walls. Build some walls by stacking blocks on top of each other, and a roof by stacking blocks side by side on top. Most blocks, whether Dirt, Wood, or Cobblestone, will function as a prototype home.

Q2. What is the appearance of a Minecraft mansion?

Ans. A Woodland Mansion is a construction that appears naturally in Minecraft. It has the appearance of a massive mansion and can only be found in the Dark Forest biome. Its exterior is built up of dark oak wood boards, dark oak wood, and cobblestone, with enormous glass windows.

Q3. What is the most uncommon item in Minecraft?

Ans. The Dragon Egg is the rarest object in Minecraft, as it only appears once per Minecraft world. The Dragon Egg hatches on top of the exit portal when players fight the Ender dragon for the first time. Furthermore, it is not possible to mine it directly with a pickaxe.

We hope this advice was useful in finding some top cute & modern Minecraft house ideas. Let us know which design was the most easy-to-build & most useful. Also, if you have any queries/suggestions regarding this article, then feel free to drop them in the comments section.