Windows 11 is designed for games as claimed by Microsoft. Xbox Game Pass is one of the most notable additions to Windows 11 that Microsoft has advertised. It offers a variety of games for a low monthly fee. Minecraft has also been added to the Xbox Game Pass library recently. Minecraft has developed a Minecraft Launcher for Windows 11 systems. Today, we bring to you a helpful guide on how to download and install Minecraft & its launcher on Windows 11. 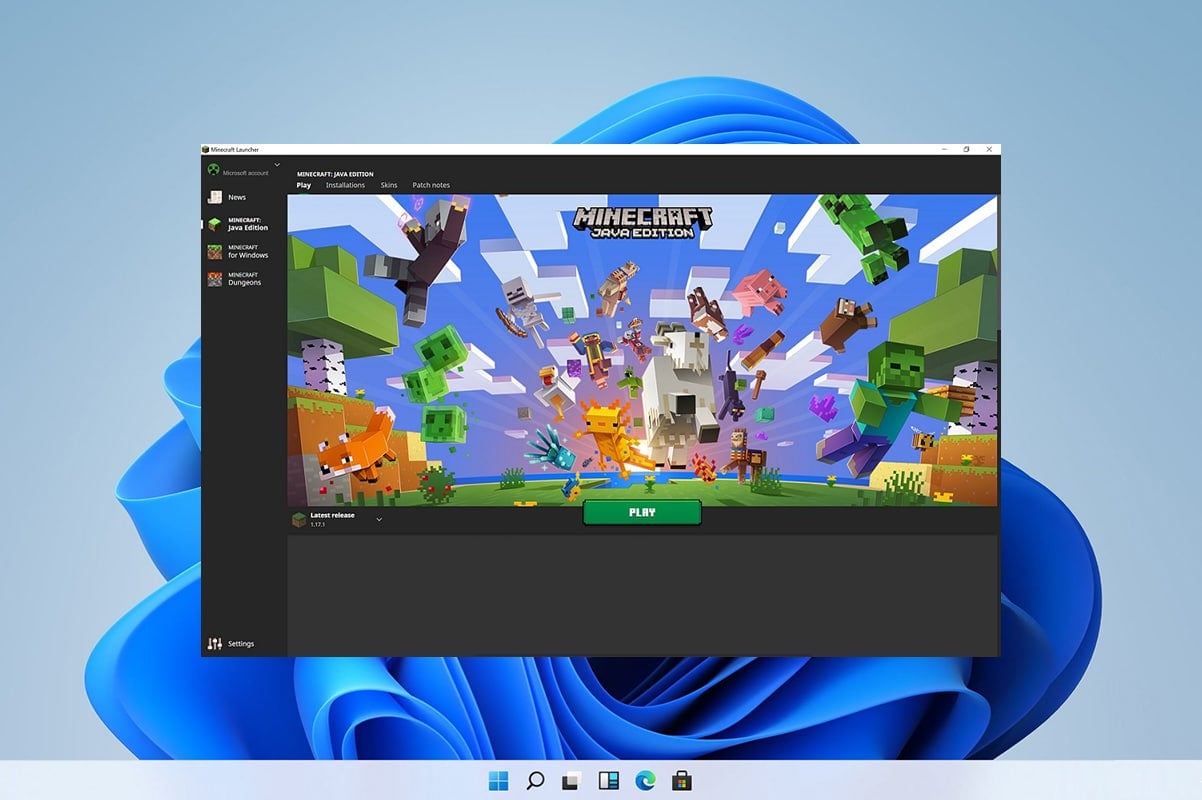 You can play Minecraft in your Windows 11 system using Minecraft Launcher. It is available in the Microsoft Store and the Xbox app.

What is Minecraft Launcher?

Minecraft Launcher is essentially a one-stop point for the many Minecraft versions available to Windows users. Before this, Windows 10 and 11 users had to access various versions independently. Notably, Minecraft: Education Edition will not be accessible via the Minecraft Launcher. The left panel in Minecraft Launcher allows you to choose between the following editions:

This will come as a welcome relief to new users who are perplexed by the many versions. The comfort comes in particular with the Xbox Game Pass for new gamers. So, you do not have to figure out which version to buy or suffer the consequences of purchasing the incorrect one. With an Xbox Game Pass, you will have access to all of the titles in this package, including all three editions:

It might also be a good idea to learn How to Enable Minecraft Controller Support.

Note: However, if you do not have an Xbox Game Pass, you will have to purchase the individual applications separately. You would have to decide which edition you want to play or buy both.

Minecraft encourages consumers to wait a bit longer before purchasing both versions. Users who possess Minecraft: Java Edition will be able to access Minecraft (Bedrock Edition) in the future, and vice versa. However, Minecraft: Dungeons will not be included in this Minecraft PC Bundle.

How to Use Your Current Game Data

It might interest you to read How to Play Classic Minecraft on Browser.

You can download Minecraft Launcher either through Microsoft Store or Xbox app, as discussed below.

Here’s how to download and install Minecraft on Windows 11 through Microsoft Store: 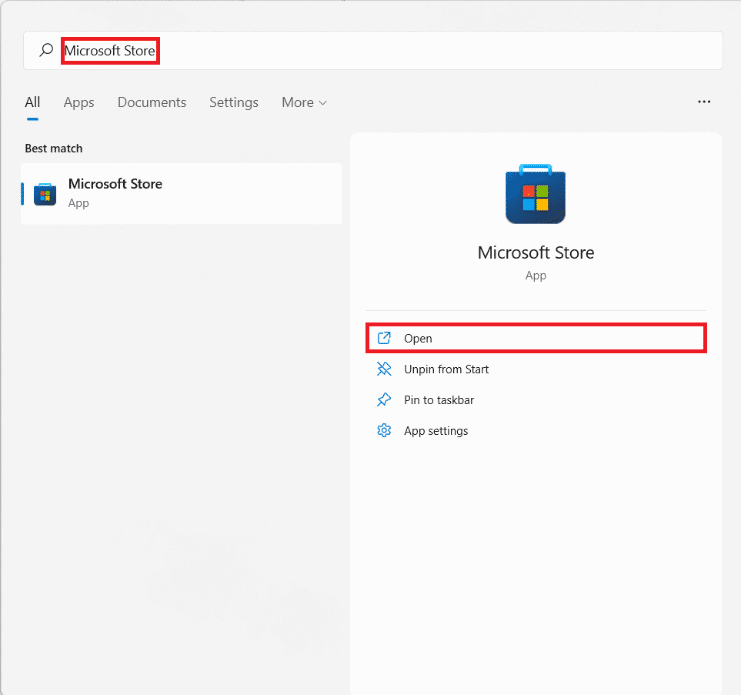 2. In the Microsoft Store window, search for Minecraft Launcher in the search bar. 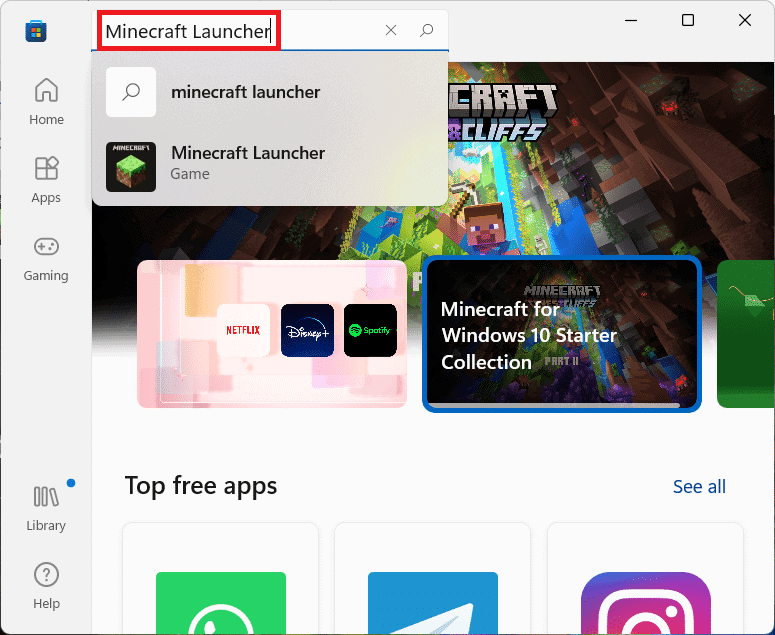 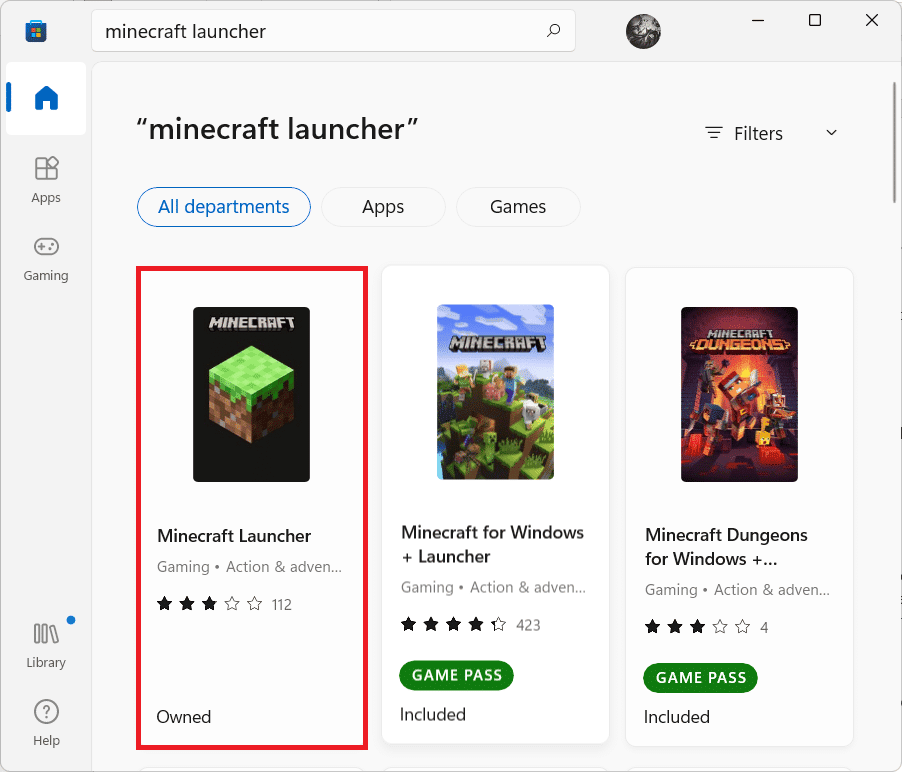 4. Click on Install to install Minecraft Launcher on your computer. 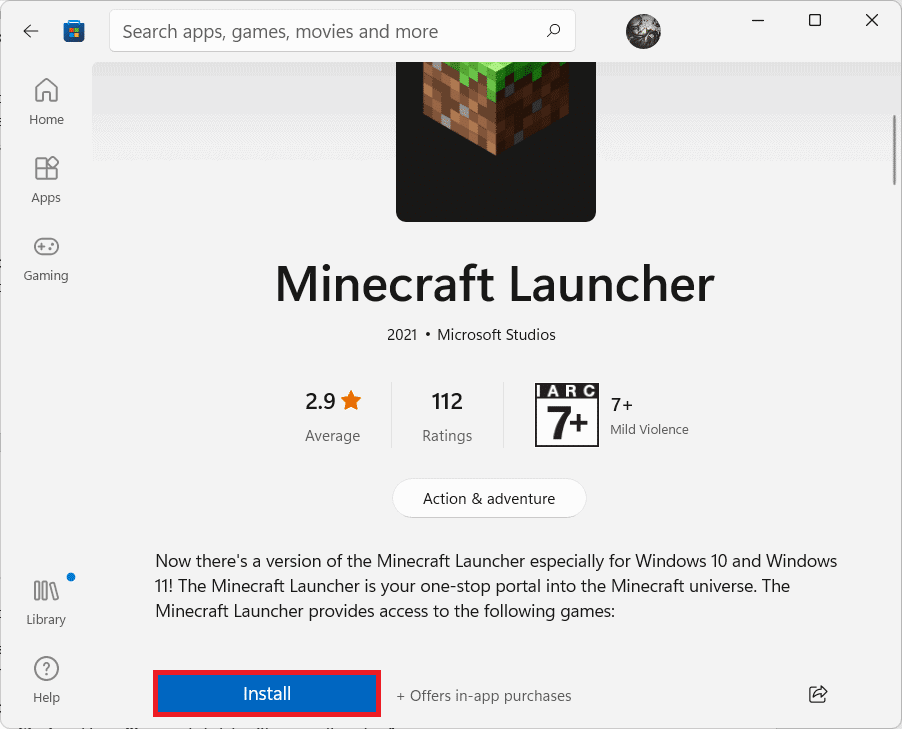 5. You can also get the Xbox Game Pass for PC app if you do not own one yet, as depicted below. 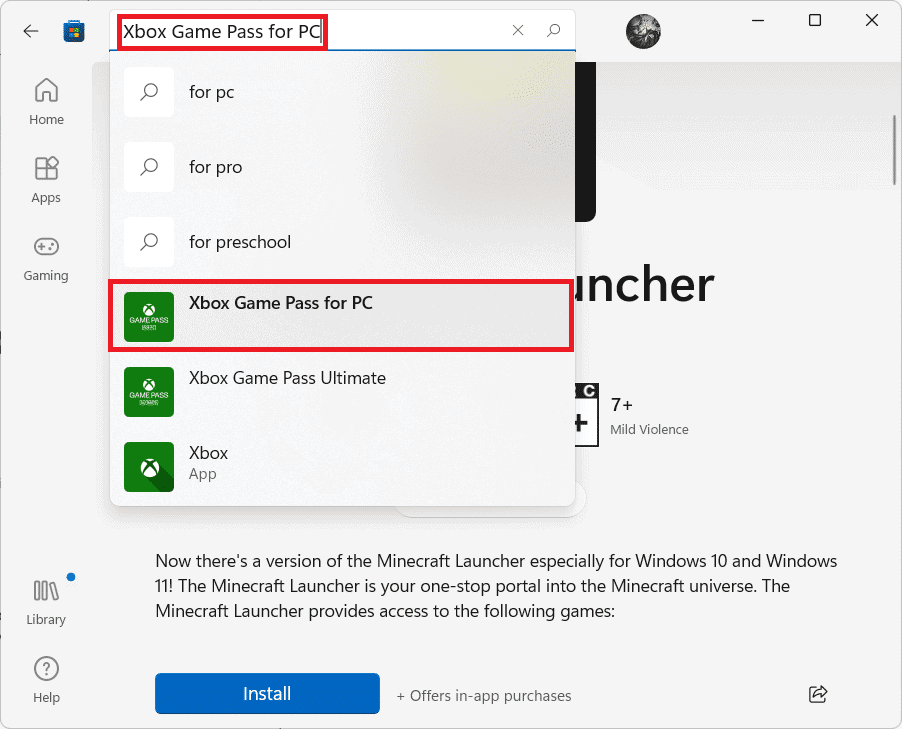 Also Read: How to Use Minecraft Colors Codes 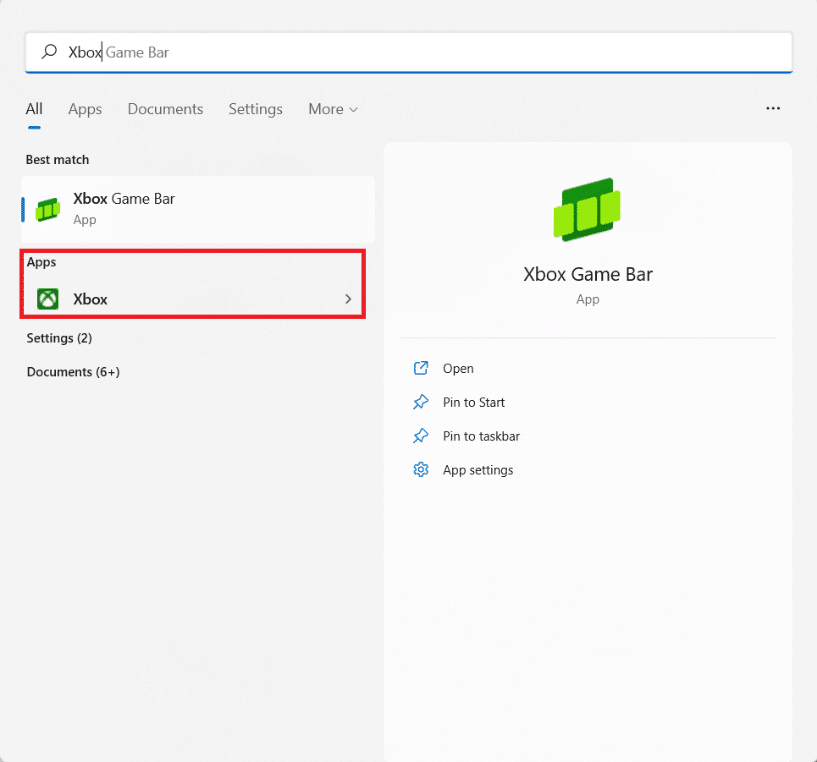 2. Type Minecraft Launcher in the search bar at the top and press the Enter key. 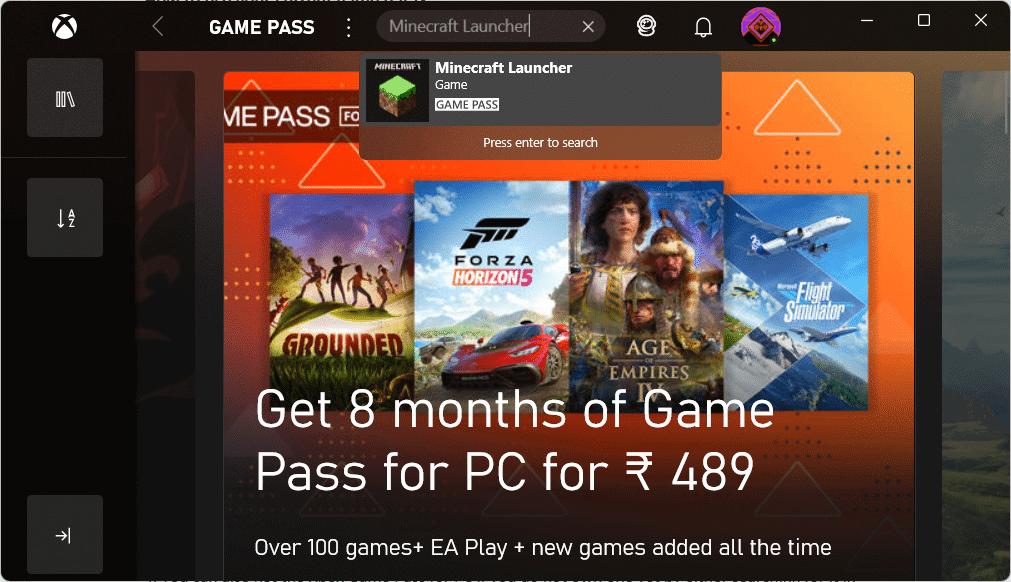 3. Select Minecraft Launcher from the search results, as shown. 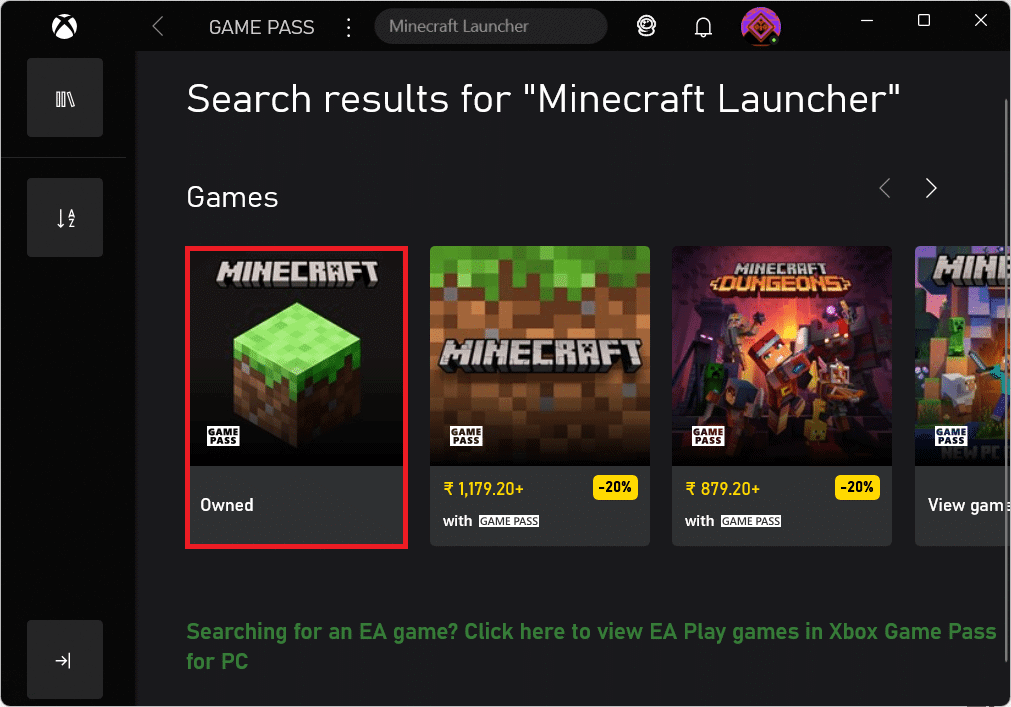 4. Click on Install to start the downloading after choosing the Minecraft edition of your choice. 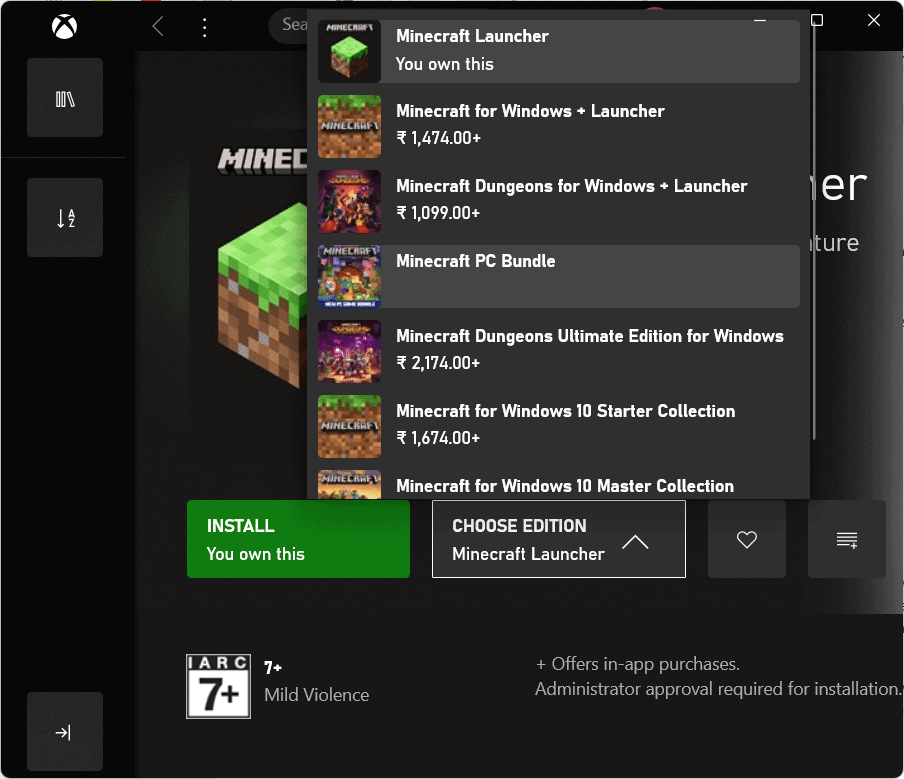 The company hopes that by releasing Minecraft Launcher, people will realize how serious they are about PC as a gaming platform. Even if you feel a bit confused at first, the application is guaranteed to make the entire experience of playing Minecraft on PC a lot smoother. It will also receive updates directly from the Microsoft Store, so that element is also going to be much more simplified. We hope you found this article interesting and helpful about how to download and install Minecraft Launcher & Texture Packs on Windows 11. You can send your suggestions and queries in the comment section below. We would love to know which topic you want us to explore next.