Since 10 years ago, the majority of people’s preferred entertainment has shifted from a nerdy, specialized manner of watching movies and series online to a popular way of doing so. Netflix, Hulu, Amazon Prime, and other streaming services have risen to prominence in recent years, with their original content winning major honors such as Emmys and Oscars. We need to know how to watch them on a phone to a television. We bring to you a helpful guide to know the best Fire TV mirroring apps. So continue reading to know about Amazon Fire stick mirroring iPhone apps. 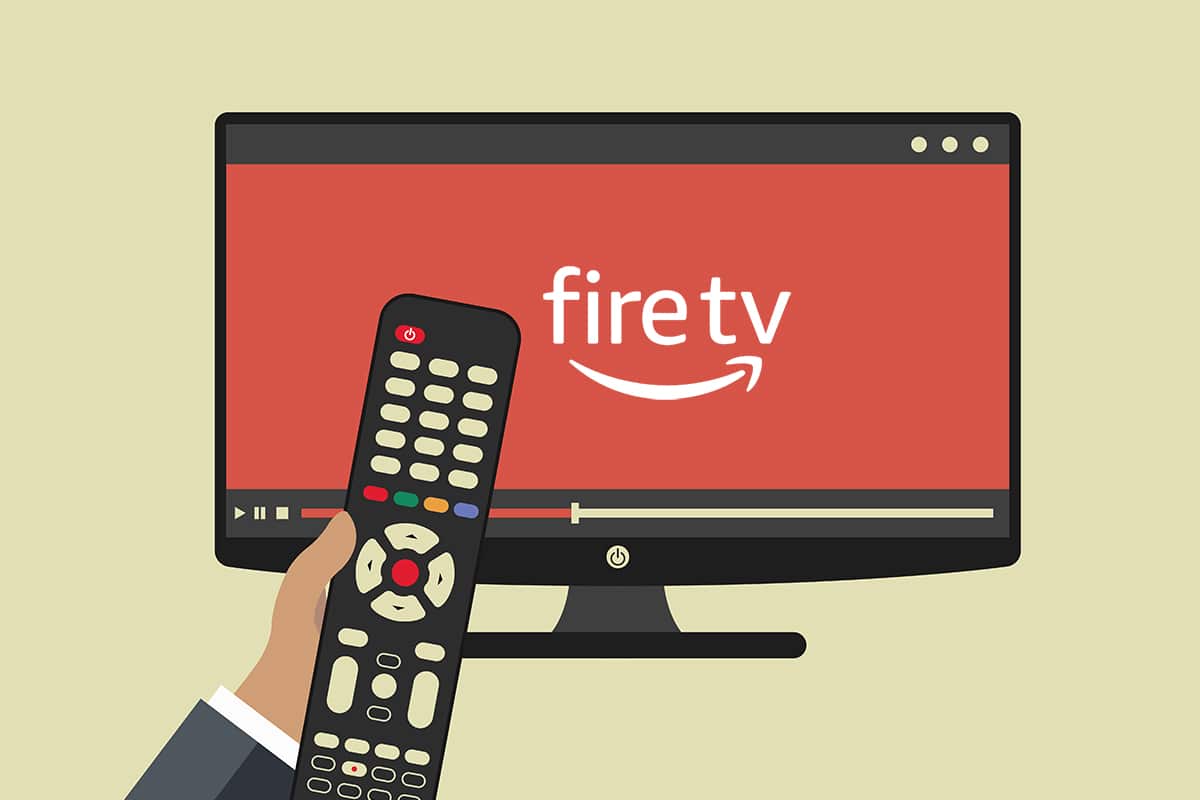 iPhone users frequently keep their material on their phones or access it via mobile connections. The addition of screen mirroring makes it simple for users to convert small-screen video to full-screen TV ratios. With the enormous display of the iPhone, you can watch movies and TV shows, play games, or have a video chat on the big screen.

When it comes to iOS compatibility, though, things get a little more complicated because Apple uses distinct protocols to cast content from iPhone and iPad to Android-based devices. Today, we’ll show you how to amazon fire stick mirroring iPhone, including the iPad and iPhone, directly to your TV.

The Amazon Fire TV Stick has quickly become one of the most popular streaming media players. Here are more important points listed below:

Following are the things to keep in mind before using Fire TV mirroring app.

What are the differences between mirroring, casting, and streaming?

Copying the contents of one device to another is referred to by a variety of words. The most prevalent are casting and mirroring, but you’ll also hear streaming when it comes to transferring iOS content to fire tv mirroring app.

Also Read: How to Speed Up Firestick

It’s time to install some apps on your iOS devices and Fire TVs! Here is the list of best Fire TV mirroring apps below to make casting or mirroring content from one piece of hardware to another relatively simple.

The Airscreen app was developed in 2018 and is available for free. The app requires an iOS version of 8.0 or above.

One of the best iOS casting alternatives is AirBeamTV Mirroring Receiver app. AirBeamTV has a mirroring app that is widely regarded as one of the best. It’s compatible with all iPhone and iPad devices right out of the box, as well as Mac PCs and laptops.

Without the need for wires or other gear, AirBeamTV transmits everything from movies to music, screenshots, photographs, and more. The software does not require any other devices or equipment to function, which eliminates the inconvenience of connecting. It’s commonly referred to as the “Chromecast replacement” for iOS, and it works well.

Keep in mind that there is a cost associated with using this software. To use the program, you’ll need to buy the full version, but apart from that, nothing is stopping you from mirroring your iOS screen to your Fire TV.

Follow the instructions below to get the AirBeamTV casting app up.

1. Download AirBeamTV and install it on your Fire TV.

2. Then, on your iPhone or iPad, purchase and install Mirror for Amazon Fire TV.

3. You may mirror content from your iOS device to your Fire Stick when both applications are open and connected. 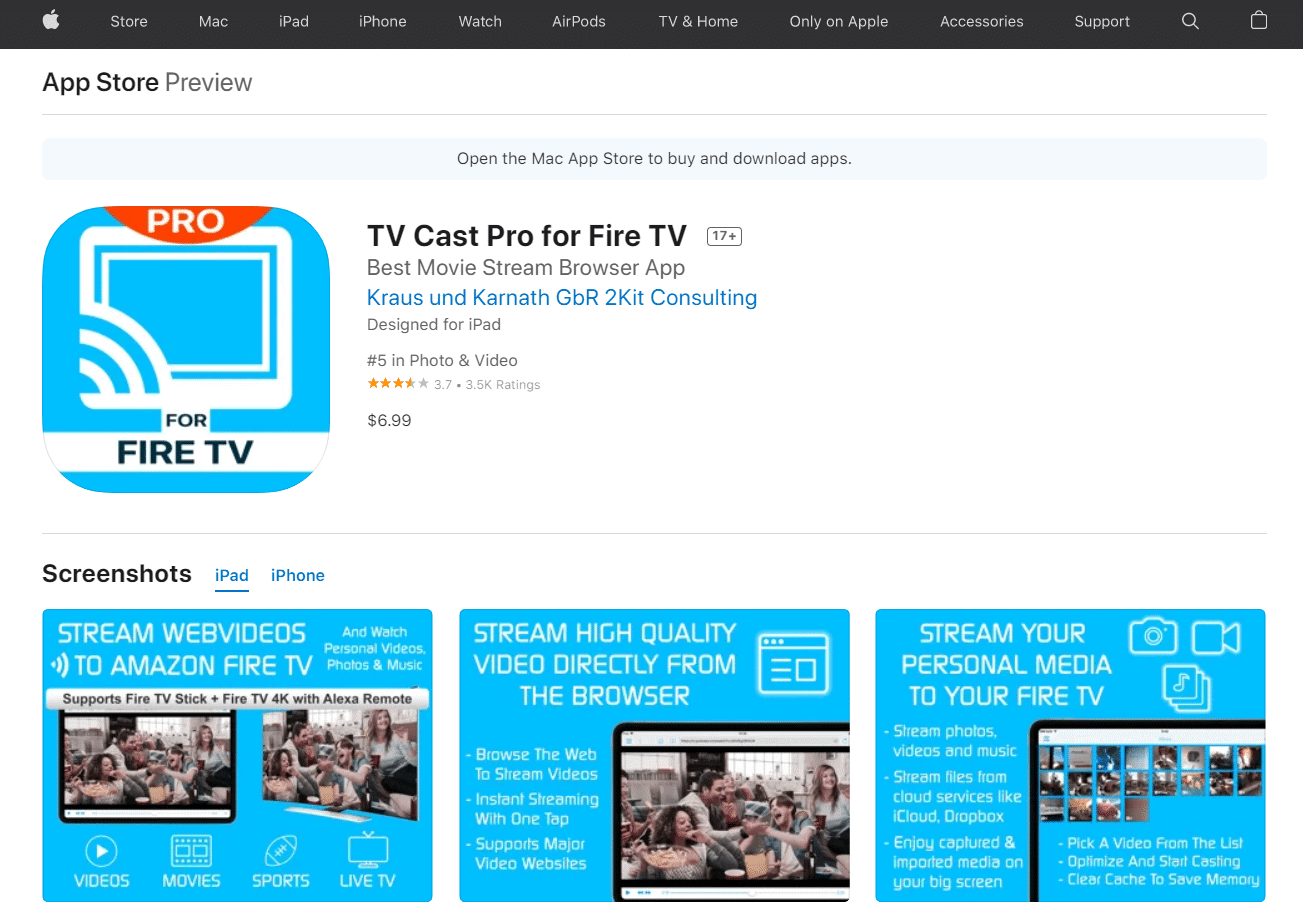 This free mirroring tool from 2kit is as simple as it gets. Video & TV Cast, once loaded on iOS and Fire TV devices, allows you to broadcast the contents of your iPhone or iPad to your television. With only a few steps, you can watch movies, watch live sports, and transmit music or photographs to your Fire Stick. The program is free to use, but there is a paid version that includes some valuable features. Following are the steps to use this Amazon Fire stick mirroring iPhone app.

1. First, download and install Video & TV Cast for iOS from AppStore on your iPhone.

2. Then, switch on your Fire TV and download the Amazon app.

3. Once both applications are installed and linked, all you have to do is select the material you want to watch on your iPhone or iPad, and Video & TV Cast will take care of the rest. 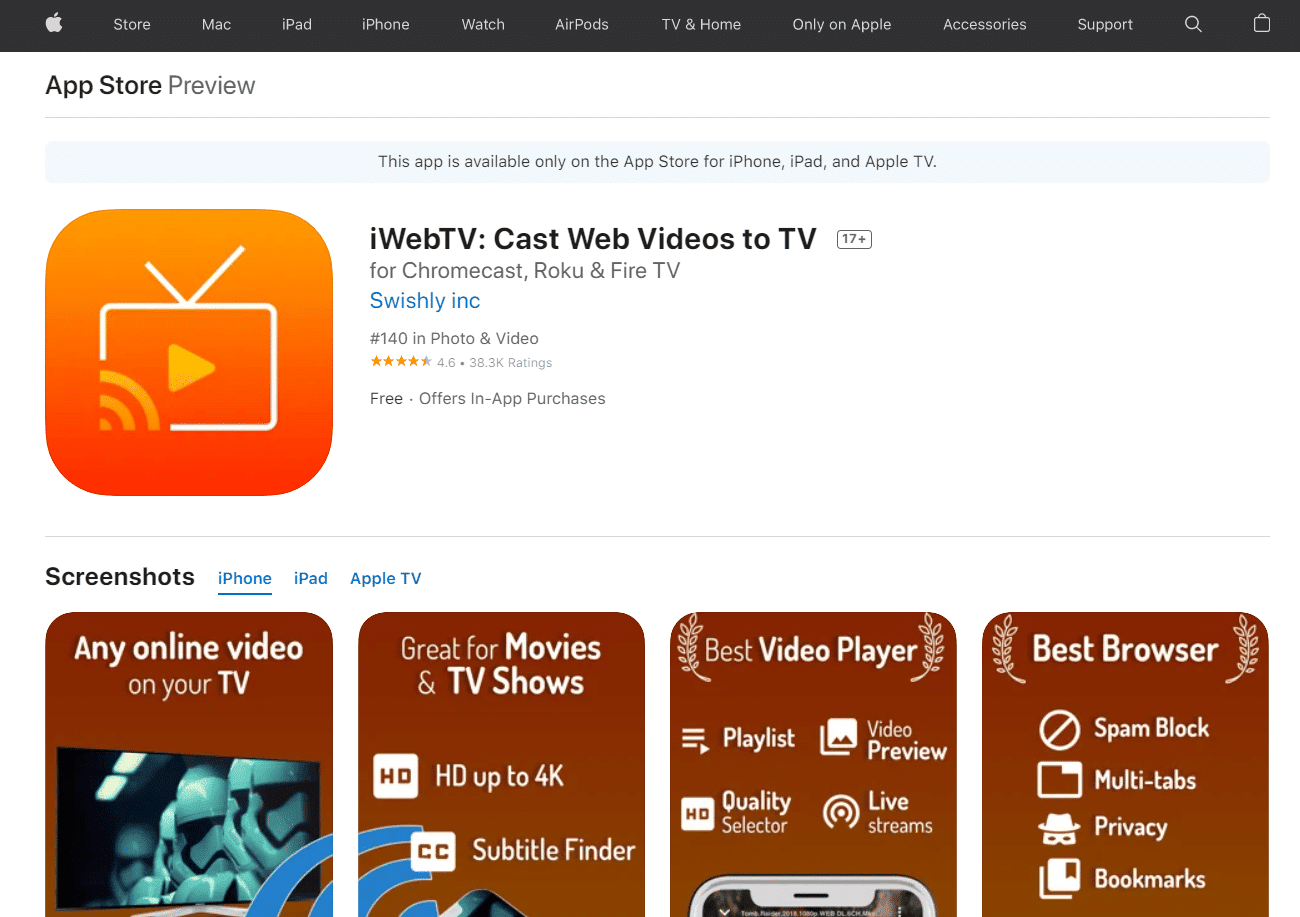 Viewers may choose from a wider choice of streaming options using the iWebTV streaming app. The iWebTV app aspires to be the ultimate iOS and Fire TV mirroring solution.

Follow the steps given below to use this Fire TV mirroring app.

1. To get started with iWebTV, first download the iOS app.

2. Next, download the iWebTV app for Fire TV by looking for it on the device or emailing it via the URL provided above.

3. Once you’ve connected the two applications, open the iOS version and choose the videos you wish to watch. 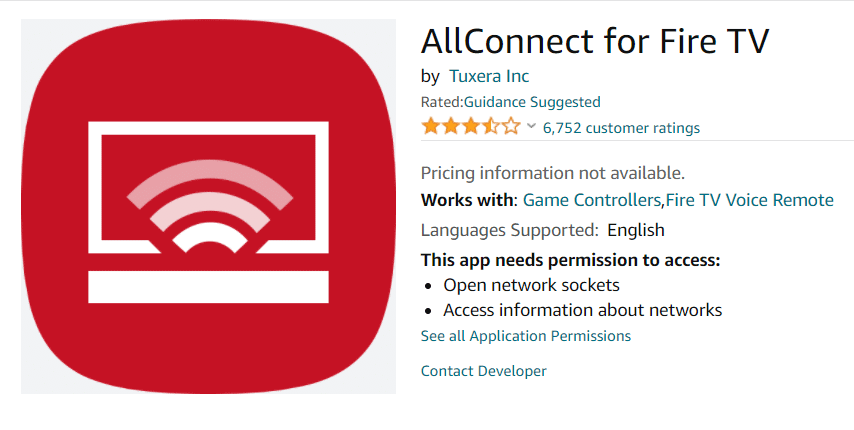 The software is designed with a basic user interface in mind. The straightforward, lightweight mirroring program does exactly what it says on the tin: it mirrors entertainment from your iPhone to your Fire TV. With a few short touches, you can browse video networks like YouTube and Vimeo, then broadcast everything to your TV.

You may also use it to broadcast FLAC and mp3 audio files, cast Plex or cast Kodi content from Android, Windows or Mac, and even play files in the background while looking for more. There are no gimmicks or tricks here; simply a lot of simple streaming from iOS to Fire TV. Here are the steps to use this Amazon Fire stick mirroring iPhone app.

1. To use AllConnect, you must first download and install the iOS app. It’s free to use, but there are ads and a restriction on how many devices you can connect to, both of which can be removed with an in-app payment.

2. Then, on your Fire TV, install the AllConnect app.

3. Add material to iOS and begin mirroring once the app is linked on both platforms.

The software offers a more comprehensive mirroring option for Amazon Fire stick mirroring iPhone. It allows you to cast from up to four Apple devices at once, view YouTube or Netflix, and play any media material, including photographs, images, and videos, from your iPhone or Mac.

While it is a popular choice, it is not free, but it does have a free 15-minute trial edition so you may try it out before purchasing the full version.

Using AirPlayMirror differs from using other applications to use this Amazon Fire stick mirroring iPhone app. Follow these steps:

1. Start by setting AirPlayMirror up on your Fire TV.

2. After enabling your device as a receiver in the app, grab your iPhone and enable AirPlay.

3. Select your Fire TV from the list of AirPlay receivers.

4. After connecting the device, select content from your iOS hardware and begin mirroring.

Reflector 2 uses Apple AirPlay technology to project the screen of your iPhone or iPad to any Android device, including the Fire TV and Fire Stick. It falls under the “ease of use” category rather than the “technical characteristics” category.

Installing the app, turning on AirPlay, and selecting the music, video, or graphic picture you want to be projected on your TV is all it takes. Unfortunately, Reflector has a premium price tag, but it accomplishes what it claims and maintains good video quality. Here are the steps to use this Fire TV mirroring app.

2. Install it and configure the Fire TV to function as a receiver.

3. Next, take your iOS smartphone and launch the AirPlay application.

4. Select Fire TV from the list of available receivers, and then choose the material you wish to cast and watch.

This is not an option for those who are new to the game. This Fire TV mirroring app is the most difficult to use of all the mirroring alternatives, but it compensates with a multitude of capabilities. AirReceiver allows you to broadcast and mirror high-quality music and video from your iOS devices. Send YouTube videos straight to your TV, retrieve media from your NAS system, keep the program running in the background while you edit and queue new videos, and so on.

The software isn’t free, but it’s well worth it given the vast array of functions you’ll have access to. Just be aware that getting acclimated to things will take some time before you can mirror your screen from Android to Roku/Fire TV. Follow these steps to perform Amazon Fire stick mirroring iPhone process.

1. To get started with AirReceiver, go to the Amazon Appstore and download the app.

2. Start it up and make your Fire TV an active receiver.

3. After that, take your iOS smartphone and turn on AirPlay.

4. Simply select your Fire TV as a target and the material you wish to reflect.

Q1. Is it feasible to use an Amazon Fire Stick to mirror an iPhone?

Ans: You’ll need to install a third-party app on your Amazon Fire TV Stick to mirror from your iPhone or iPad. While there are other options, AirScreen from Amazon is a free program that works well with iOS.

Q2. Is there a charge for using Fire Stick every month?

Ans: No, the Fire TV Stick does not have a monthly fee, but being a Prime member increases its value greatly, and services like Hulu Plus, Netflix, HBO (which is required for HBO GO), and others all have their own subscription fees.

We hope this information was helpful and that you were able to know about the best Fire TV mirroring apps. Please let us know which best method worked best for you. If you have any questions or comments, please leave them in the comments area.