Eevee is arguably one of the coolest and most exciting Pokémon. Ever since the anime first aired, fans have loved this cute yet powerful Pokémon. It actively sought after to date by Pokémon Go players. One of the main factors that contribute to its popularity is that no other Pokémon has so many different evolutions as Eevee. Fans have thus rightly coined the term Eeveelution to refer to the complex and varied evolutions of Eevee.

You might already know that Eevee can evolve into eight different Pokémons, each having its own unique abilities and characteristics. All these evolutions are of different Pokémon types (fire, water, dark, etc.) and thus have varying levels of effectiveness in Pokémon battles. Now, one question that has baffled Pokémon trainers and enthusiasts is which evolution is the best one. So, we are here to throw our hat in the ring and participate in the discussion. In this article, we will be closely examining the different Eeveelutions and try to figure out which one is the best Eevee evolution. 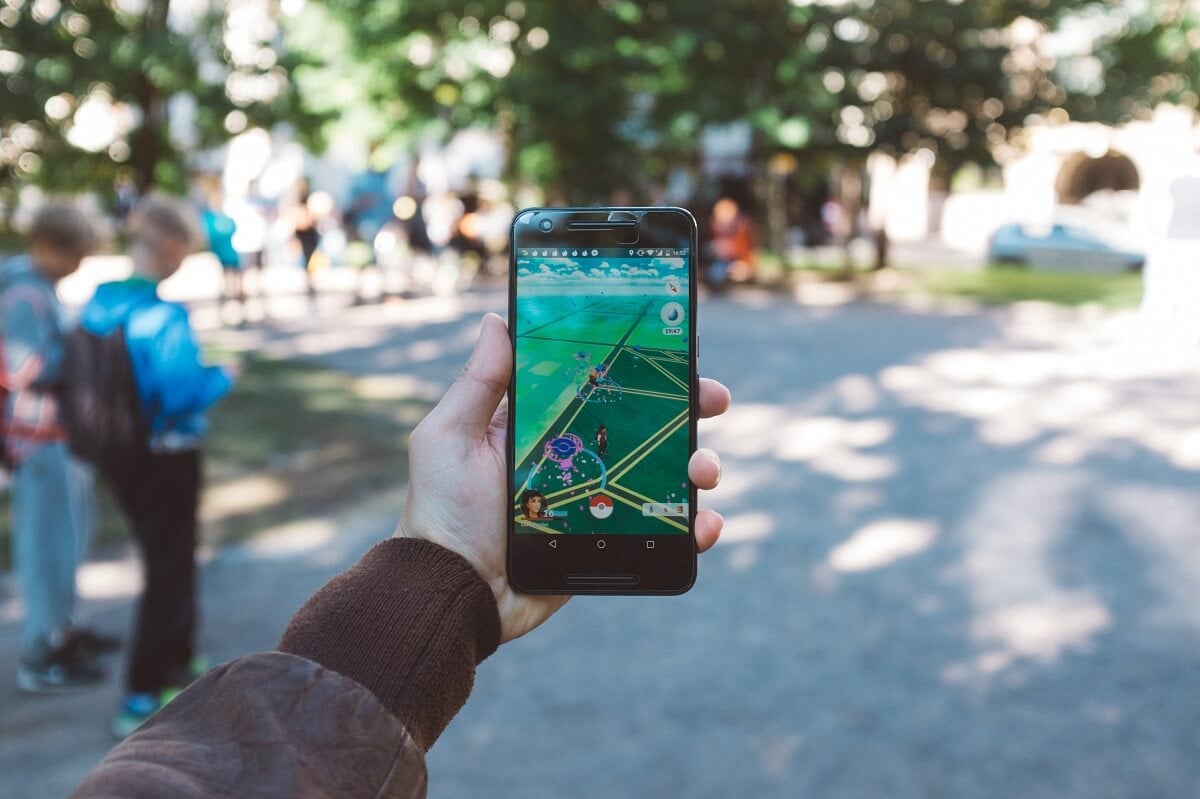 What are the different Eevee evolutions? 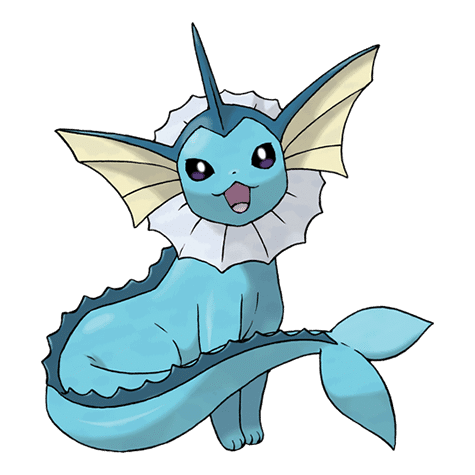 One of the three first-generation evolutions of Eevee is a highly sought after water-type Pokémon. It is one of the most powerful Pokémons and used frequently by Pokémon Go players in battles. Now, it wouldn’t be fair to outrightly declare it as the best Eevee evolution but it definitely lies in the top three.

Although its stats aren’t the very best, there are a few attributes that definitely stand out. Vaporeon’s significantly high Max CP of 3114 makes it a formidable opponent in battles. Combined with a high HP score of 130 and defensive moves like Acid Armor and Aqua Ring, Vaporeon can absorb a lot of damage making it a good tank and can be used to tire out enemies.

Additionally, being a Water-type Pokémon makes it a good choice to have in the arsenal. This is because Water-type Pokémons are only vulnerable or weak against 2 elements and can resist the other 4. If you manage to unlock a few extra Ice moves while levelling up, you have an all-round powerful Pokémon. Use it in combination with Blastoise and you will be able to take down legendary Pokémons as well. 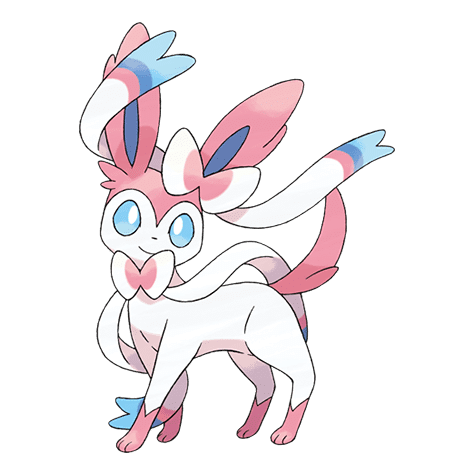 Sylveon is the latest entry in the list of Eeveelutions. It is a sixth-generation fairy type Pokémon that is highly coveted by Pokémon trainers and collectors. Not only does it look absolutely beautiful and aesthetic but also packs a punch when it comes to Pokémon battles. It has a pretty decent HP with strong special defensive moves. This makes it difficult for others to defeat Sylveon easily. Even in the terms of elemental damage, it is immune to 4 and vulnerable only against 2. Thus Pokémon trainers are naturally inclined to pick Sylveon as it does not have a lot of potential strong opponents.

One of the best things about Sylveon is its Cute charm ability that can inflict the infatuation effect on the opponent Pokémons of the opposite gender. This would make opponent Pokémons miss their attack half of the time. Its special attack move Moonblast can cause a lot of damage, especially when combined with weather control moves like Light Screen and Misty Terrain. Thus, we can rightly say that Sylveon is one of the best Eevee evolutions and will be opted for by Pokémon trainers as and when it is available in Pokémon Go. 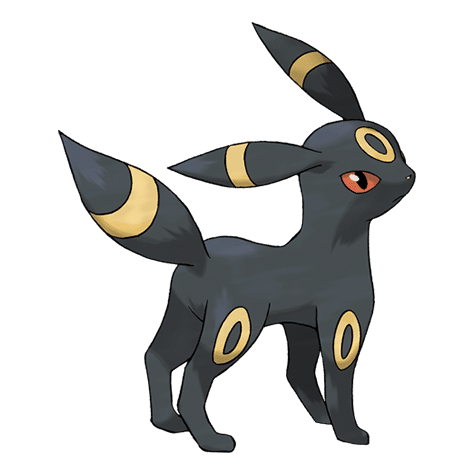 Dark Pokémons are a personal favourite for a lot of Pokémon trainers. Their elemental advantages and powerful attacks have made dark Pokémons desirable. Although Umbreon isn’t a great dark Pokémon in terms of stats, it does get a job done. If you really want a dark Pokémon and an Eevee with enough candy for evolution, you can definitely get yourself an Umbreon. It is a second-generation Pokémon and thus has some superiority over first-generation but if you really want to win battles you need to rely heavily on Training and teaching it new techniques.

Now, speaking in terms of stats, the only good attribute is that of defense (240). Coupled with a fairly decent HP it can act as a tank, absorbing damage. It fares well against Ghost, dark, and psychic Pokémons but falls short when facing fighting, bug, or fairy type of Pokémon. As mentioned earlier, if you train it well, you can improve its Attack stats and thus making it a decent choice for battles. 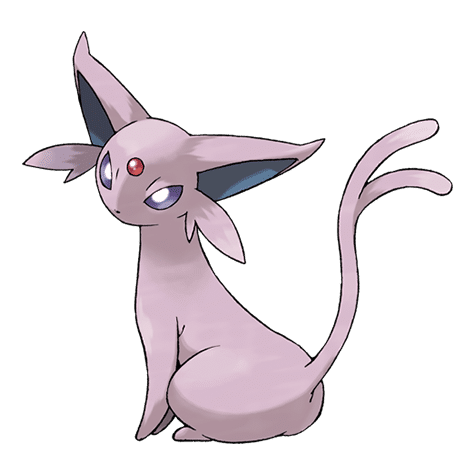 Espeon is another second-generation Pokémon that is probably one of the best Eevee evolutions in Pokémon Go. If you are an aggressive player then this is the evolution that you would like to get. Its Max CP is a whopping 3170 which is the highest of the lot and it has an amazing Attack stat of 261 (again highest of the lot).

Since it is a psychic type Pokémon it performs pretty great against almost all Pokémons as it confuses enemies and reduces their chances to make a successful strike. Its special attacks and psychic moves can help you win almost all battles. Most of its moves are indirect which plays out in favour of trainers who prefer psychic Pokémons. Espeon’s trademark moves Future sight has also been buffed over time thus making it a formidable attacking unit.

The only weakness is the poor defensive stats. It can’t absorb a lot of damage is practically useless against a dark or ghost type Pokémon as they are immune to psychic moves. Thus, you need to combine Espeon with a tank if you wish to make the best use of the Pokémon. 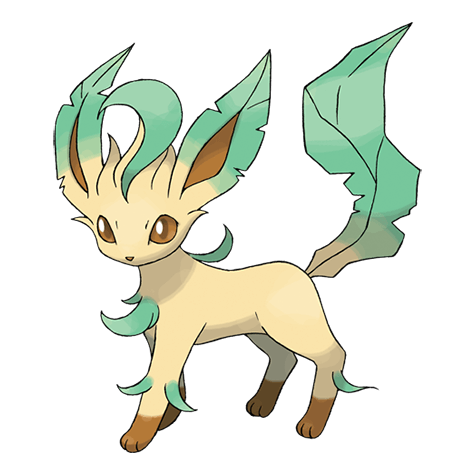 Leafeon is often considered as one of the best Eevee evolutions for its diverse and powerful set of moves. In terms of stats, Leafeon has a pretty good attack and defense score coupled with good speed. This makes Leafeon a formidable opponent in Pokémon battles. As the name suggests, Leafeon is a grass-type Pokémon introduced in the fourth generation. It is an ideal choice for Pokémon trainers who prefer grass-type Pokémon.

Leafeon has a powerful arsenal of moves. While its sword dance can boost attacks, synthesis can help recover health. All this coupled with the damage dealing leaf blade can cause serious trouble for the opponent. Leafeon’s special ability Leaf Guard goes perfectly with the weather altering move Sunny Day. It improves the effectiveness of other moves like Synthesis and Solarbeam and strengthens a grass-type Pokémon.

The main drawback is its elemental weakness. A grass-type Pokémon can resist four elements but it takes double damage from five other elements. It is especially useless against a fire type Pokémon as fire not only an elemental weakness but also the fire type Pokémon gets strengthened upon using the weather-altering move Sunny Day. Thus, using the Special ability of Leafeon would only backfire in this instance. Yet, Pokémon trainers often prefer to evolve Eevee into Leafeon for its great move sets and balanced stats. 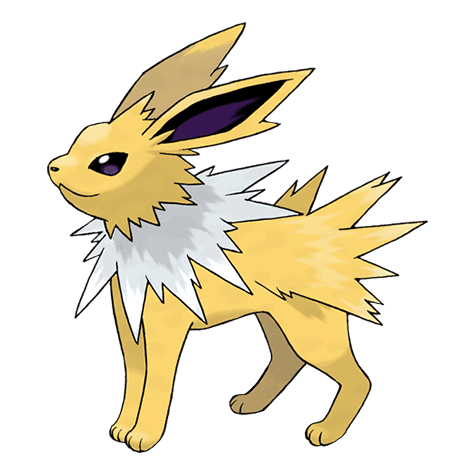 Jolteon is a beloved electric type Pokémon from the first generation. Its fondness among Pokémon trainers stems from the fact that it bears characteristic and elemental similarities with everyone’s beloved Pikachu. Jolteon fits perfectly with trainers with an aggressive playstyle. Its high Attack stat coupled with pretty good speed makes it perfect for striking hard and striking fast. Being an electric-type Pokémon, Jolteon enjoys the elemental advantage over three different types and is vulnerable only against one.

However, Jolteon isn’t the kind of Pokémon that can last long in a battle. Its defense and HP is pretty low, which means it won’t be able to absorb a lot of hits. So, if you are using Jolteon in a battle, make sure that you knock out your enemy as fast as possible. Another downside is that almost all of its attacks are physical and not indirect. You might want to consider training Jolteon properly so that he picks up a few additional tricks like the Bug-type Pin missile and even some non-contact attacks after level thirty. 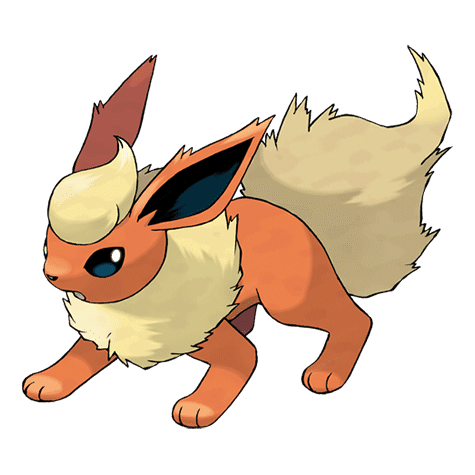 One of the three first-generation Eeveelutions, Flareon isn’t really a crowd-pleaser. Pokémon trainers often avoid evolving Eevee into Flareon but multiple reasons. The first being its haphazardly distributed stats.  Although Flareon has a high attack score, its defense and HP are pretty low. It takes a long time to reach its Max CP of 3029 and it is simply not worth it.

Flareon’s move set is also pretty basic. Just the standard ones that you will find in any fire type Pokémon. Combined with its slow speed and poor defensive skills, Flareon could soon become a liability in a Pokémon battle. You need to be really good and know exactly how to make a powerful first strike to be able to use Flareon effectively. However, if you really like fire-type Pokémons then a Flareon won’t be a disappointment provided you train it well to unlock new moves and learn how to use its special attacks effectively. 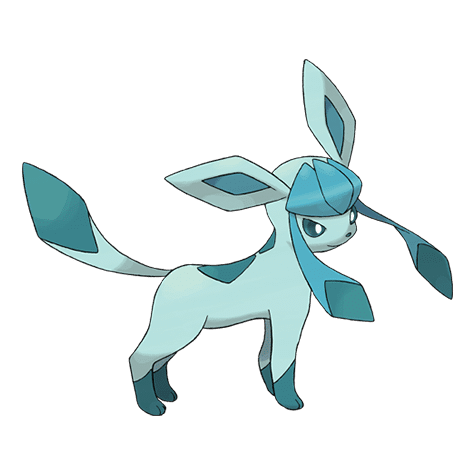 Probably the only good thing about Glaceon is that it looks pretty cool. Apart from that this fourth-generation Pokémon has often been criticized for being useless in battles. Starting from low HP and defense to having a pretty poor move set, Glaceon is rarely picked by Pokémon trainers or evolution.

Its elemental attribute is also pretty dismal. Ice Pokémons can only resist their own type and are vulnerable against 4 other types. In addition to that, most of Glaceon’s moves are physical and thus it isn’t great in exploiting its high attack stat as well. In fact, it is better to have some other Pokémons (maybe Vaporeon) to learn a few ice moves than investing in this Eeveelution.

Which is the best Eevee Evolution in Pokémon Go?

Now that we have discussed each of the Eeveelutions in detail we can proceed to answer the big question. Well, to be honest, it is difficult to pick a single Pokémon and crown it the best Eevee evolution. This is because every Pokémon has its own set of pros and cons. Depending on what kind of player you are you might find one Pokémon better suited to you than others. It also depends on what other Pokémons you already have. For example, if you have a Charizard with a high IV then you would never want a Flareon.

Yet, if we have to go by the different stats and overall effectiveness in battle, Vaporeon might be the strongest Pokémon. It has pretty balanced stats with a wide variety of move sets. It can also learn a few nice moves and thus further increase the depth of its arsenal. Although it is a first-generation Pokémon, it fares well against some of the best fourth and sixth generation Pokémons.

However, we would also like to add that Sylveon is also a pretty strong contender for the first position. Once it is introduced in Pokémon Go it might just become the fan-favourite. This fairy type Pokémon has a lot of potentials and is a sixth-generation Pokémon it would obviously get higher preference to a first-generation Vaporeon.

We hope that you find this information useful and you were able to know about the best Eevee Evolution in Pokémon Go. Eevee is definitely a very interesting Pokémon to have to owe to the vast number of evolution possibilities. Each evolution requires some special item or completion of targets. Depending on which Eeveelution impressed you the most, you can follow specific evolution instructions and guides to get it for yourself. We hope that you find the right Eeveelution that suits your playing style. 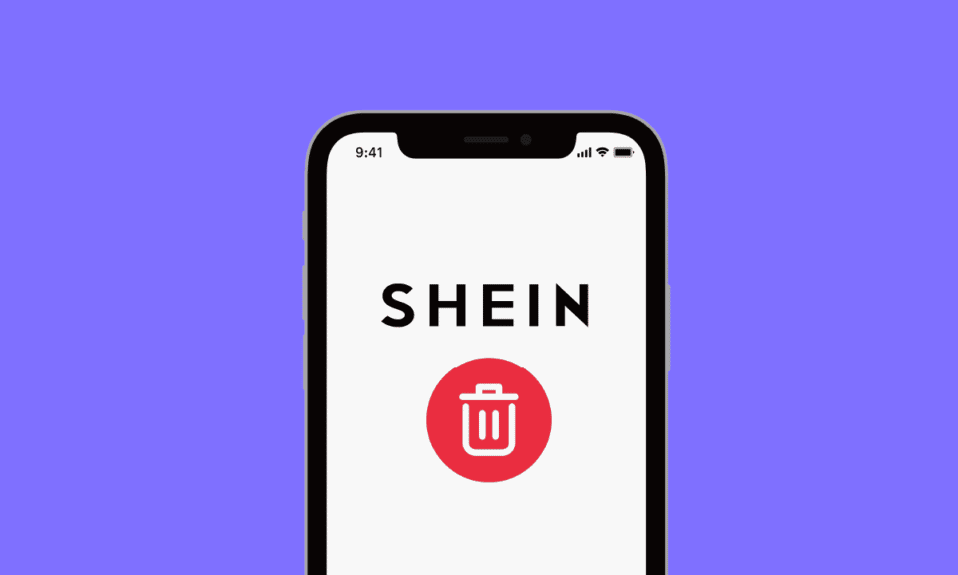 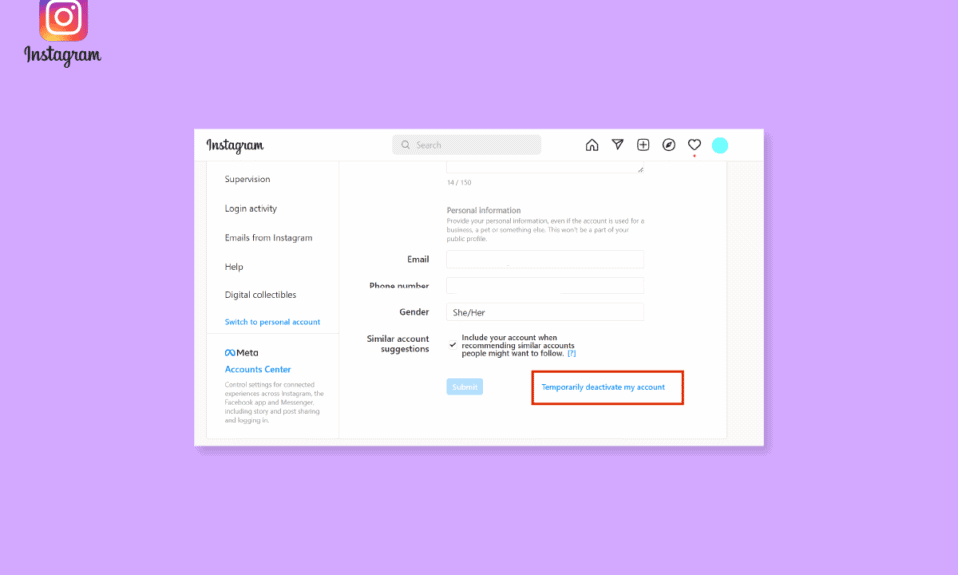 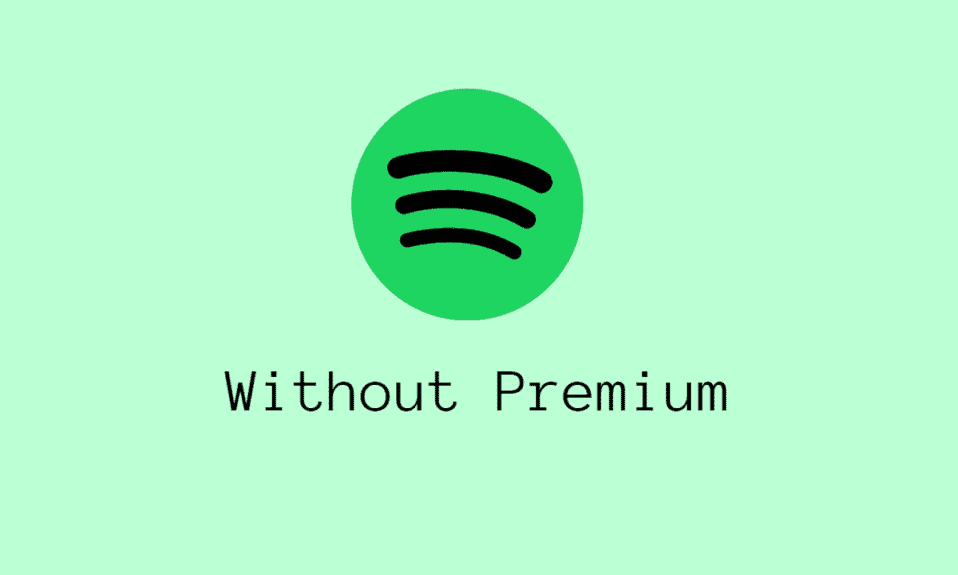 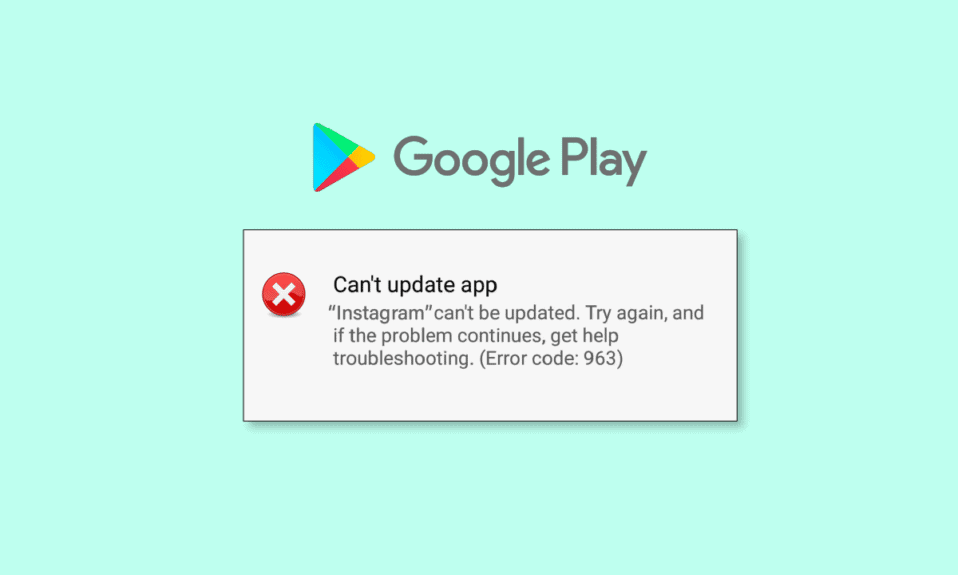