You might have noticed a little moon next to text on your iPhone, and surely you would have wondered what does that icon mean? Why is it here, and what does it indicate? There are many Google searches on light gray crescent moon iPhone as users are obsessively looking for answers about what is the exact function of this symbol. So today, we will explore all about the crescent moon with the detailed steps to get rid of the little moon next to text. 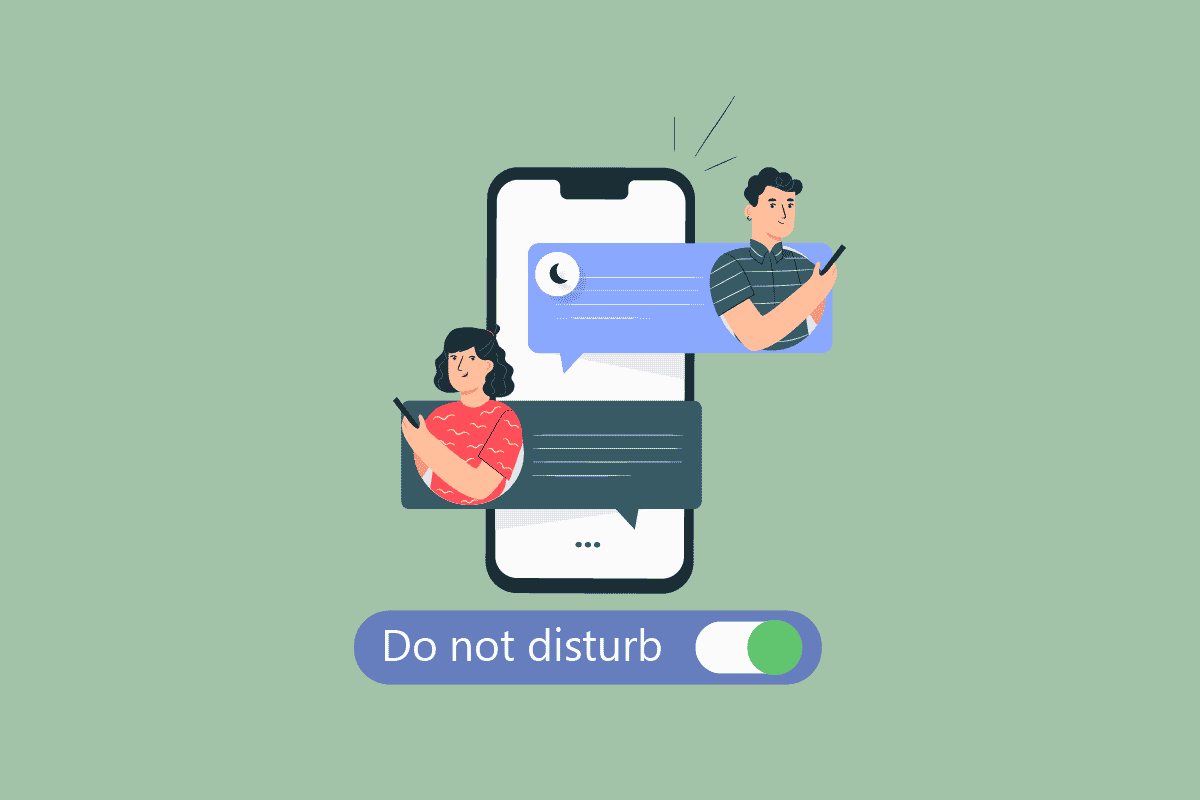 What is Little Moon Next to Text on iPhone?

Read this article till the end to learn about the little moon next to text and also the steps demonstrating to disable it on iPhone using the illustrations for better understanding.

What Does Crescent Moon Mean in iPhone Messages?

While many signs or signals on your phone screen can put you in doubt, like the crescent moon in the Messages app on iPhone. The little moon next to the text in Messages means that the corresponding conversation has been muted. This option hides the alerts from the associated user on the iMessage app. Apple launched this feature so users can mute unwanted conversations, such as marketing offers or spam messages.

What is the Meaning of Light Gray Crescent Moon Next to Someone’s Name in Text on iOS?

The moon next to the text on iPhone means whenever the corresponding number would text you, the notification for it will not appear in the notification bar. It happens because the conversation with that particular person has been muted. It only happens with the particular contact you have enabled the Hide Alerts option. Also, this is completely reversible, and you don’t need to worry about it.

Also Read: What is Odin Mode on Samsung Phone?

What Do the Different Colors of the Half Moon Mean?

How Do I Get Rid of the Crescent Moon on My iPhone 11?

Below are the steps listed to disable the Do Not Disturb feature from the Control Center.

1. Pull down the screen to open the Control Center menu.

2. Tap on the crescent moon icon to turn off the Do Not Disturb feature. 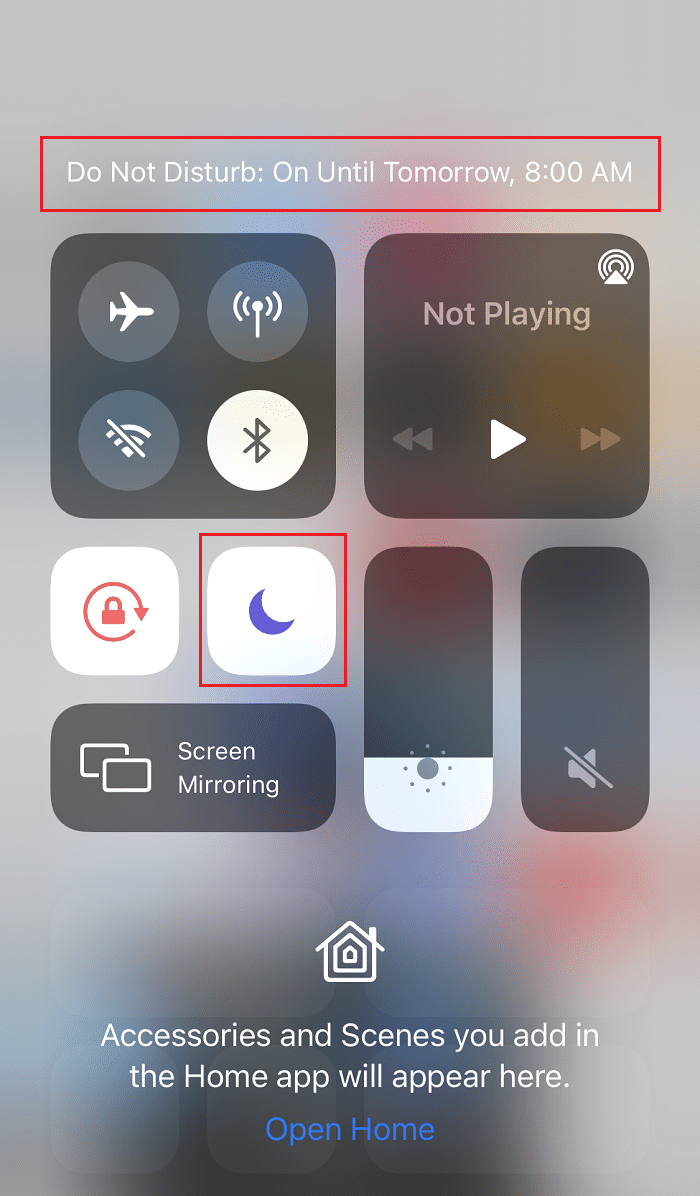 Also Read: How to Turn Off AirPlay on iPhone

You can also turn off the Do Not Disturb mode from the iPhone settings menu, as explained below. 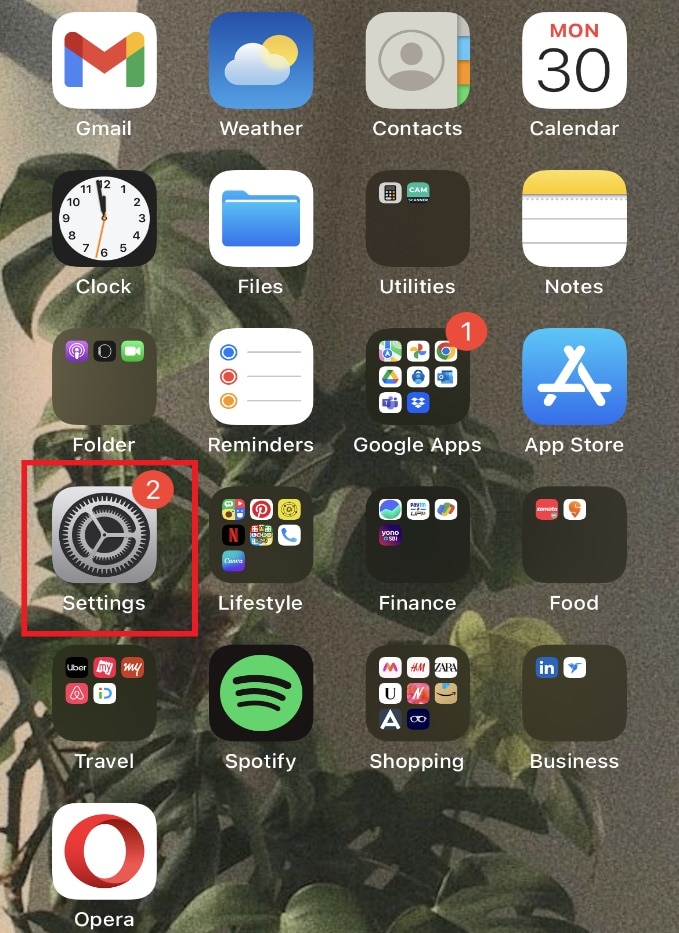 2. Tap on the Do Not Disturb option.

3. Tap on the Do Not Disturb toggle to turn it off. 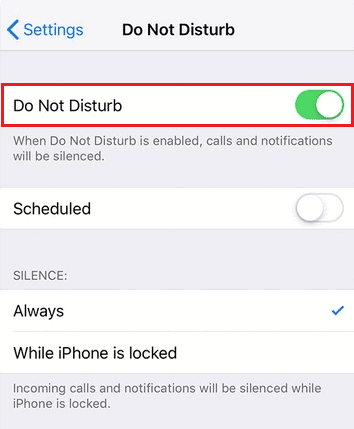 Also Read: How to Disable Pop-ups on Safari on iPhone

How Do I Remove the Moon Next to a Text?

As pointed out earlier, the gray crescent moon next to a text on your iPhone is just an indication of the muted conversation. To unmute the conversation, follow the steps mentioned below.

1. Open the Messages app on your iPhone. 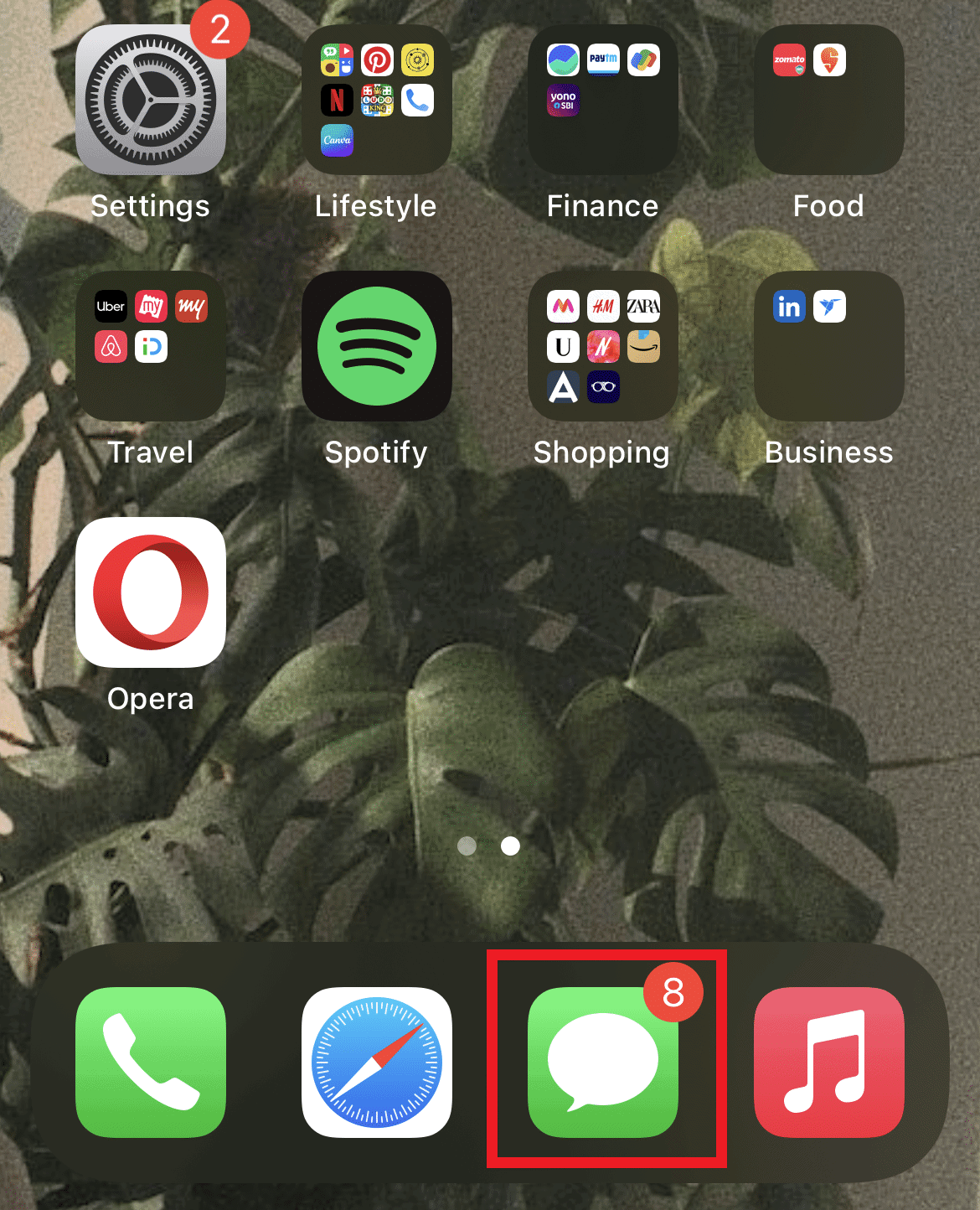 2. Tap on the desired message for which the alerts have been hidden.

3. Then, tap on the i icon from the top right corner, as shown below.

4. Tap on the Hide Alerts toggle to turn it off. 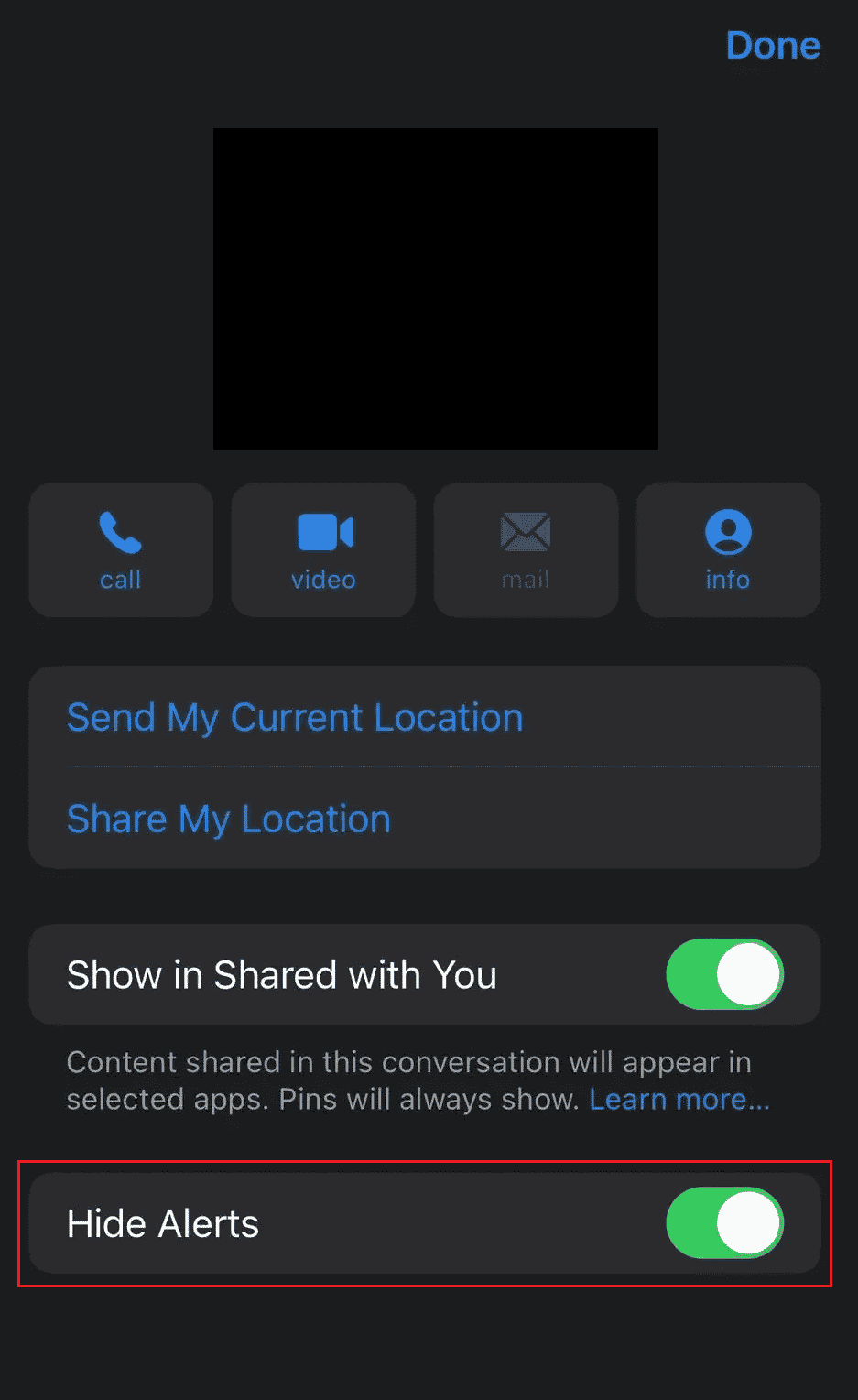 We hope that you learned about what is the little moon next to text and the light gray crescent moon on your iPhone. Feel free to reach out to us with your queries and suggestions via the comments section below. Let us know what you want to learn about next 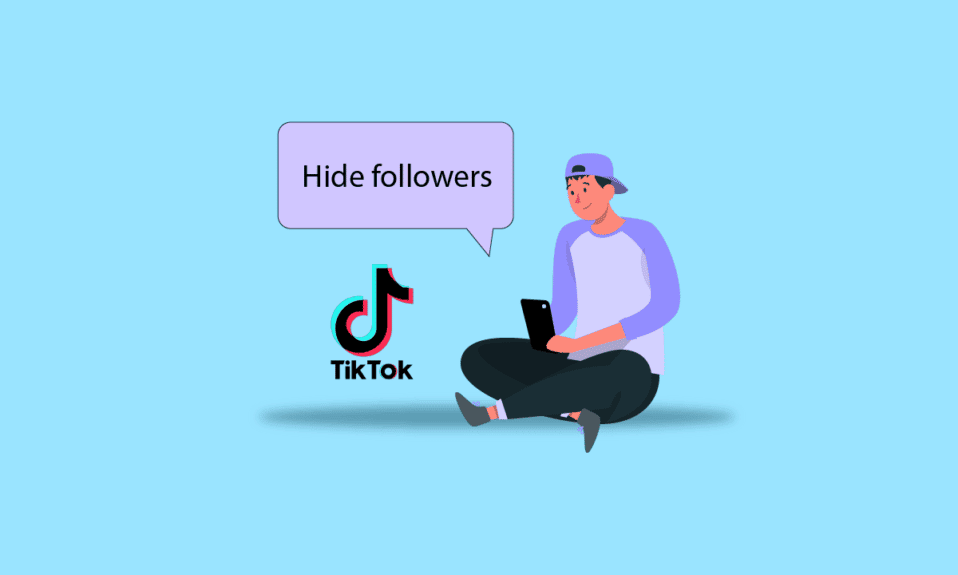 How to Hide Followers on TikTok 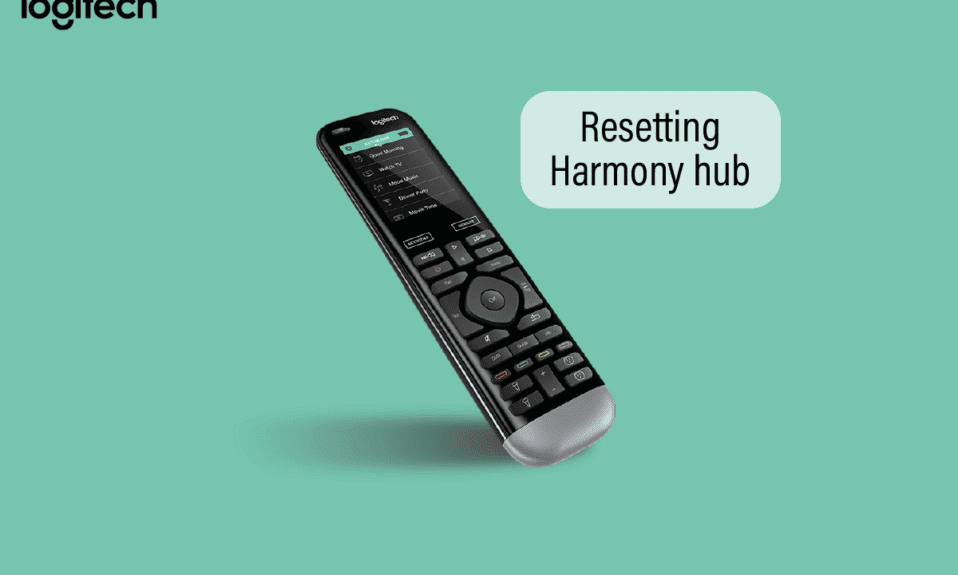 How to Perform Resetting Harmony Hub 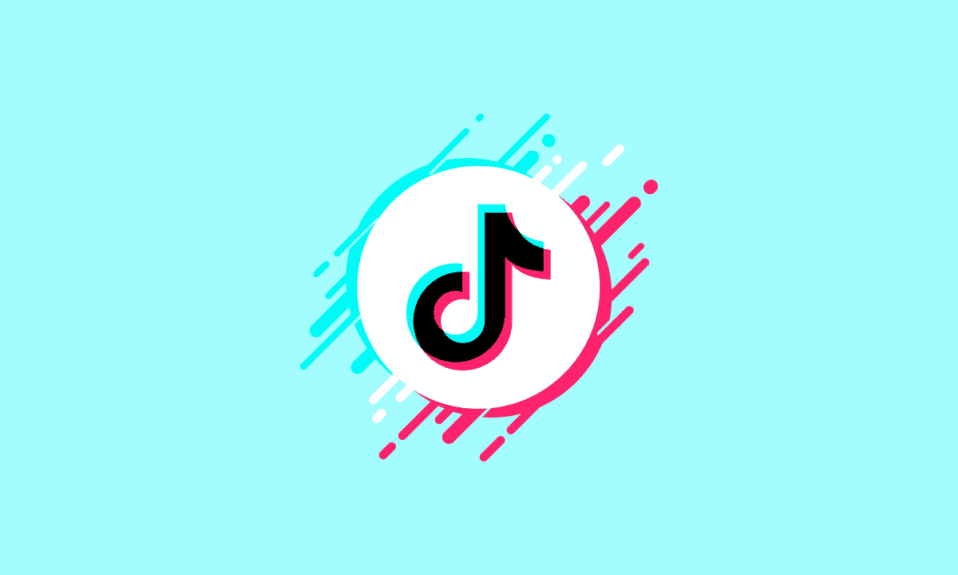 Where Do You Find the Bio on TikTok? 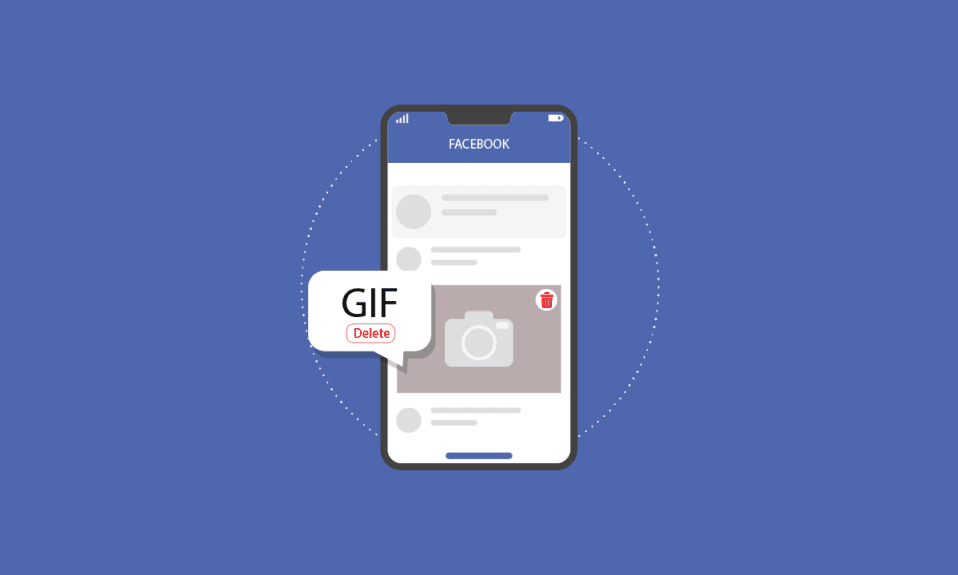