One of the many benefits of using a smartphone is the ability to block numbers and get rid of unwanted and annoying callers. Every Android smartphone has the ability to automatically reject calls from certain numbers. All that you need to do is add these numbers to the Blacklist using the pre-installed Phone app. This feature is especially useful in the present times as the number of telemarketers and their relentless cold calls is higher than ever.

In addition to restricting sales calls, you can also block the numbers of certain people that you do not wish to talk to. This could be an ex, a friend turned foe, tenacious stalker, nosy neighbors or relatives, etc.

You might have taken advantage of this feature to get out of uncomfortable situations many times. However, it certainly isn’t pleasant to be on the receiving end of the stick. Thankfully, there are ways to find out. In this article, we are going to discuss how to know if someone blocked your number on Android. 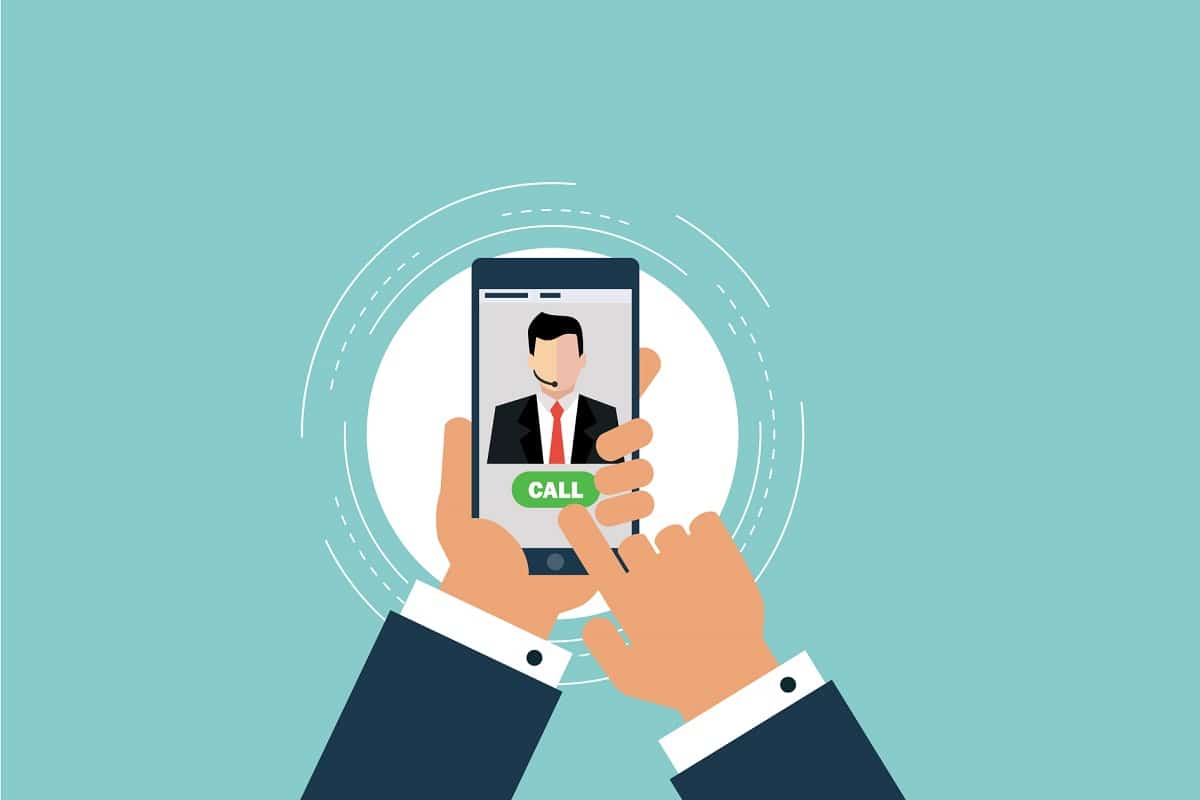 How to know if someone Blocked your Number on Android

If you haven’t been receiving calls or messages from someone for quite some time then it’s normal to be a little concerned. You might be waiting for a callback or a reply to your messages but they never respond. Now it could be due to genuine reasons where they were busy, out of the station, or did not have proper network coverage to send or receive calls and messages.

The first thing that you should do is try calling them. If the phone rings and they pick up then the problem is solved. You can simply proceed with whatever you wanted to talk to them about. However, if they do not pick up or the call goes straight to voicemail, then there is reason to worry.

While you are calling someone who might have blocked you, take note of a few things. Check whether the phone is ringing or directly going to voicemail. If it is ringing, notice how many rings it takes before being dropped or led to voicemail. Try calling them multiple times throughout the day and see if the same pattern repeats. Sometimes, when the phone is switched off the call goes directly to voice mail. So, don’t jump to conclusions after the very first attempt. If your call keeps getting dropped without ringing or goes directly to voice mail every single time, then it might be that your number has been blocked.

2. Hide your Caller ID or use a Different Number

Some mobile carriers allow you to hide your caller ID. If you want to know if someone blocked your number on Android you can try calling them after hiding your caller ID. This way your number will not show on their screen and if they pick it up you are on for an awkward conversation (given they don’t disconnect the call immediately after). Follow the steps given below to hide your Caller ID.

1. Firstly, open the Phone app on your device.

2. Now tap on the three-dot menu on the top-right corner and select Settings from the drop-down menu.

3. After that tap on the Calling accounts option.  Now, tap on the Advanced settings or More settings option. 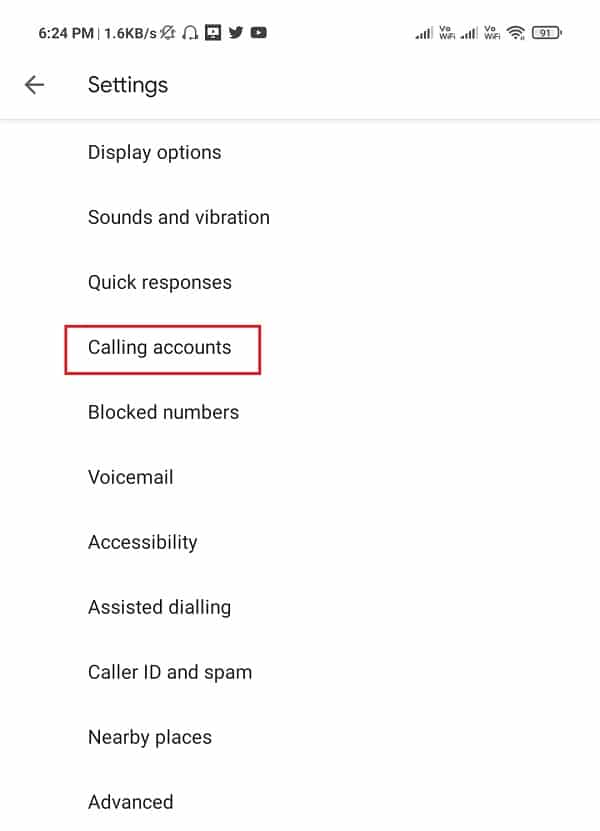 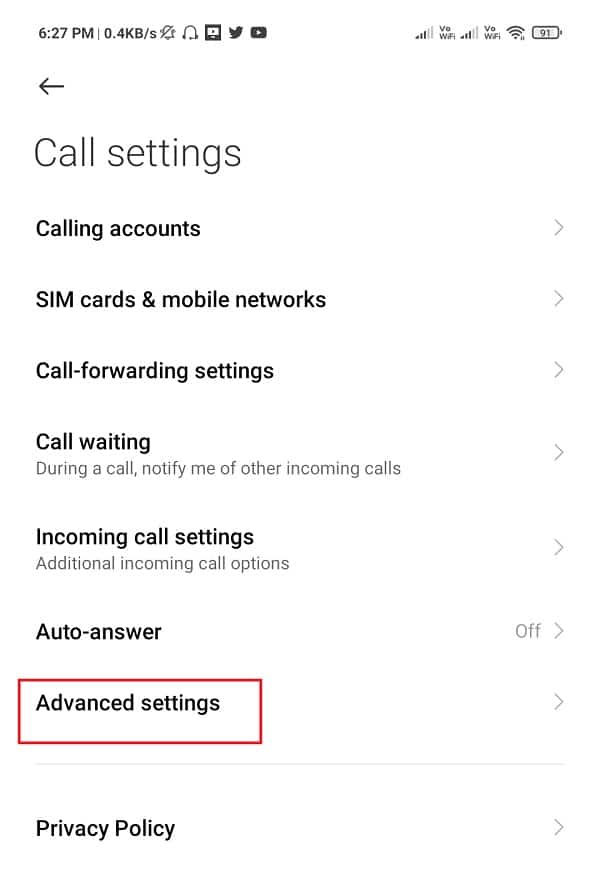 4. Here, you will find the Caller ID option. Tap on it. 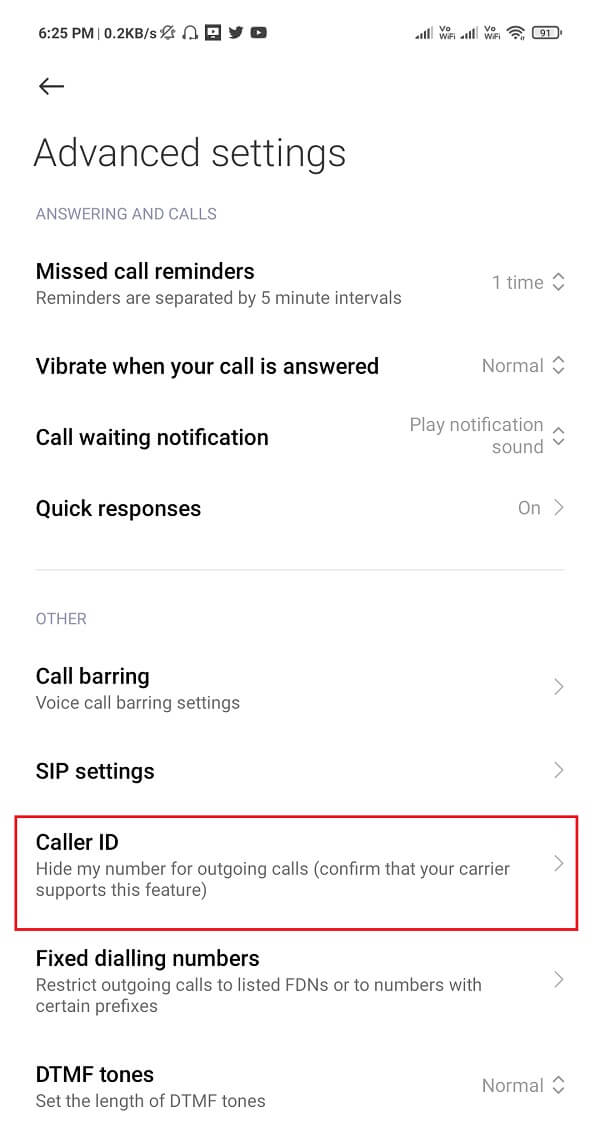 5. From the pop-up menu, select the Hide number option.

6. That’s it. Now exit the settings and try calling them again.

If they pick up the phone this time or at least it rings longer than earlier before going to voicemail, it means that your number has been blocked.

Another way to find if someone has blocked your number on Android is to call them from a different number. As mentioned earlier, your call might go directly to voice mail if their phone is switched off or has run out of power. If you call them from a different unknown number and the call goes through then it means that your number has been blocked.

Also Read: How to Unblock a Phone Number on Android

3. Use WhatsApp to Double-Check

Since you are using an Android device, then it wouldn’t be fair without giving WhatsApp, the most popular Android app a chance. WhatsApp is one of the most popular internet messaging app and it can help you if you want to know if someone blocked your number on Android.

All that you need to do is send them a text on WhatsApp.

1. If it gets delivered (indicated by a double tick) then your number isn’t blocked.

2. If you see a single tick, then it means that the message was not delivered. Now, you need to wait for some time because the message might not have been delivered because the other person is offline or does not have network coverage.

However, if it remains stuck at a single tick for days then unfortunately it means bad news.

4. Try Some Other Social Media Platforms

Thankfully, this is the age of social media and there are multiple platforms that allow people to connect and talk to each other. This means that there are still ways to reach out to someone even if your number has been blocked.

You can try and send them a message via any other app or platform like Facebook, Instagram, Snapchat, Telegram, etc. If you want to try something old school, then you might even send them an email. However, if you still don’t get back any reply, then it is probably time to move on. It is pretty clear that they do not wish to communicate and they have certainly not blocked your number by mistake. It is disheartening but at least you will stop worrying about how to know if someone blocked your number on Android.

If the other methods weren’t conclusive and you are still wondering how to know if someone blocked your number on Android then you can try this out. Take note that this method works only on some devices but still, it is worth a shot.

All that you need to do is delete the contact of the person who might have blocked you and then add it again as a new contact. On some devices, the deleted contacts will appear as suggested contacts when you search for them. If that happens then it means that your number has not been blocked. You can follow the steps given below to try it yourself.

1. The first thing that you need to do is open the Contacts/Phone app on your device.

3. Now go back to the All contacts section and tap on the Search bar. Here, enter the name of the contact that you just deleted.

4. If the number appears in the search result as a Suggested contact, then it means that the other person has not blocked your number.

5. However, if it does not then it seems like you need to accept the harsh reality.

Therefore, we would advise you to try and use these methods to get some closure. Although, there are no definite ways to confirm if someone blocked your number but these methods are the best alternatives. In the end, if it does turn out that you have been blocked, we would recommend you to let it go. It is best not to pursue this any further as it might lead to negative consequences. If you have a mutual friend, you can ask him/her to convey some message but apart from that we would suggest you not do anything else and try to move on. 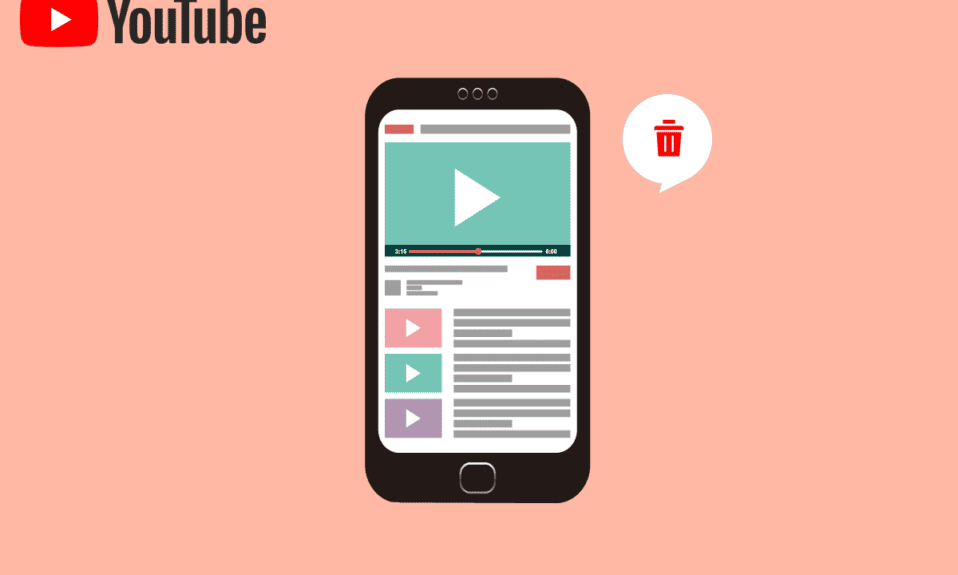 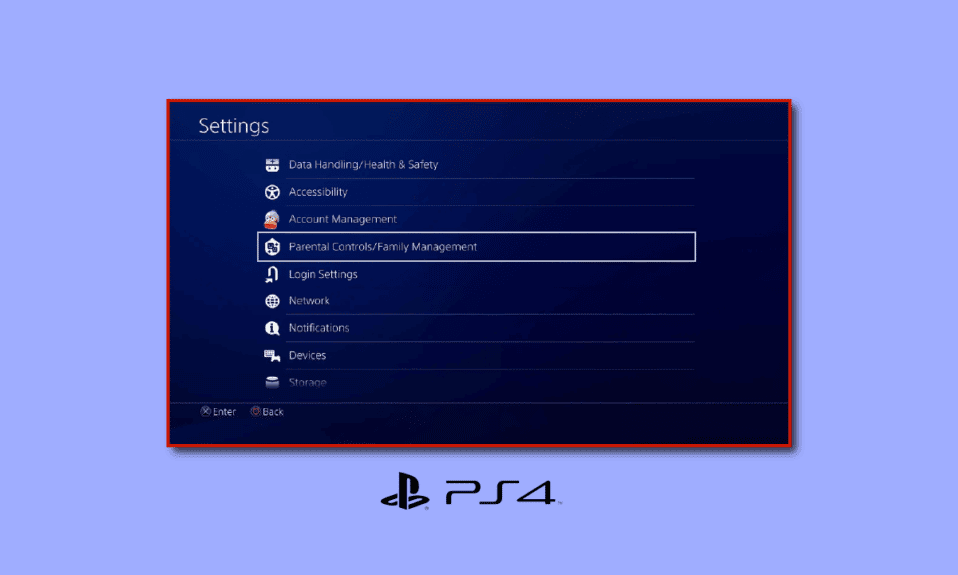 How to Change the Family Manager on PS4 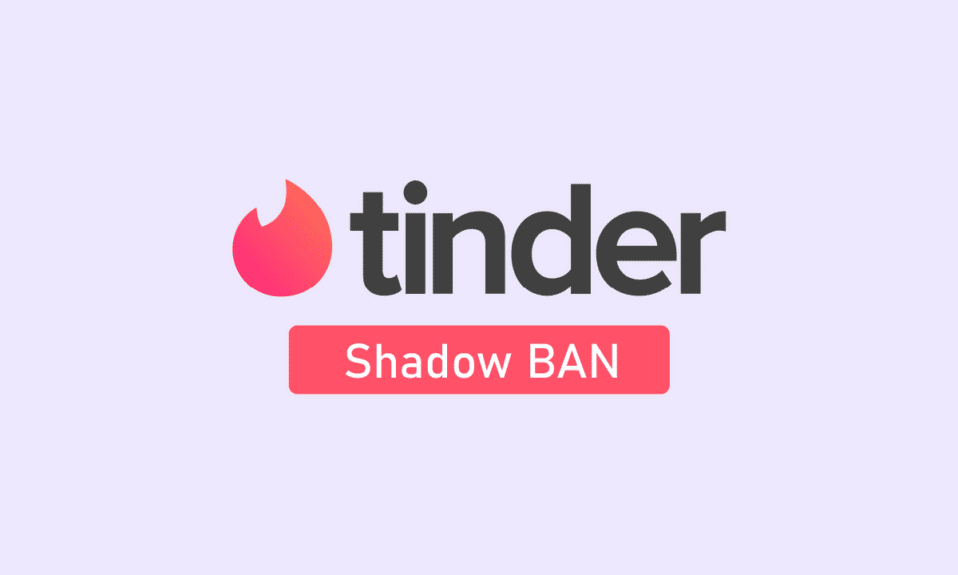 How Long does Tinder Shadowban Last? 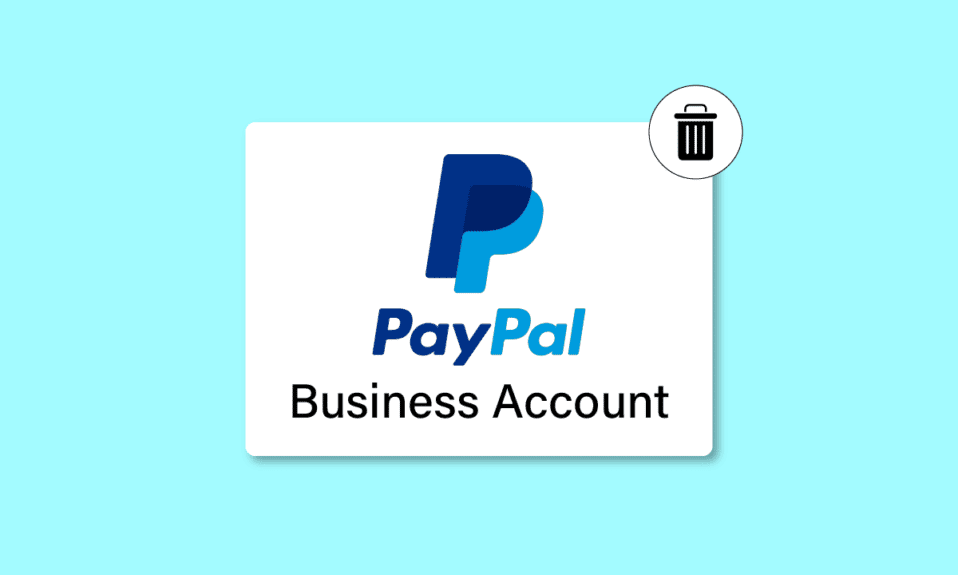