You just updated the software on your mobile device or launched an app using your Android launcher, but now you’re unable to use it. A pop-up error message shows up on the device displaying Process system isn’t responding error message and asks if you want to halt the ongoing process or wait for it to return to normal. So, we bring to you a helpful guide to fix process system isn’t responding issue in your Android device. 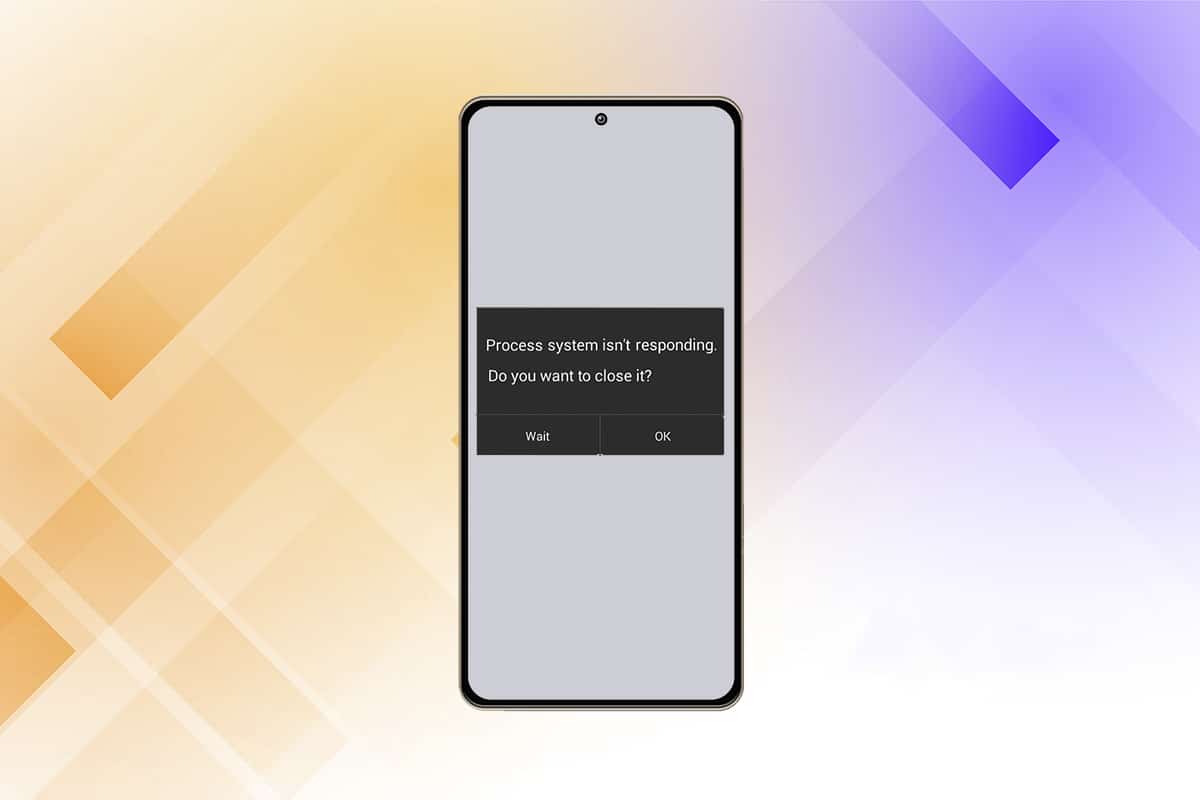 How to Fix Process System Not Responding on Android

A typical problem that may be detected on almost any Android device is process system isn’t responding. The error is supposed to indicate that your apps aren’t getting the data they require from some hardware or the Android OS itself. Although the problem normally does not recur, it is inconvenient when it does and you cannot make sure how to prevent it from happening again. Below are some info regarding this issue:

This problem might occur for a variety of reasons on any of your Android devices. Despite this, several customers stated that the issue appeared after upgrading their Android OS, installing apps from an unknown source, interfering with system files (while or after rooting), and other activities.

The following are some possible causes for process system isn’t responding on your device.

Note: Since smartphones don’t have the same Settings options, and they vary from manufacturer to manufacture hence, ensure the correct settings before changing any. The steps mentioned here are performed on Redmi Note 8 running on MIUI 12.0.2 Global version. Options may differ on your side.

It’s possible that the process system isn’t responding problem is caused by your SD card. Because it is a physical storage device, a microSD card is susceptible to wear and tear, which can lead it to malfunction or get corrupted. This error can occur if your SD card has malfunctioned or has some faulty sectors that prohibit the system from accessing the essential information. According to our research, the problem is substantially more widespread on SD cards larger than 32 GB. Physically removing your SD card is a simple approach to see whether it’s causing the problem.

If the problem persists, you most likely have a bad SD card. Wipe it clean and re-insert it in your smartphone before throwing it away. If the problem does not recur after the SD erase, it was likely caused by a succession of faulty sectors.

The simplest way to address minor issues, bugs, or malfunctions on your Android phone is to restart it. If you haven’t done so before, try rebooting your phone. It usually works and restores normal function to your smartphone. Follow these instructions:

1. Hold down the Power button for a few seconds.

2. You can either choose Power off or Reboot option.

Note: If you tap on Power off, then hold the power button again to restart your device.

Note: The procedures for forcing a reboot of this type vary depending on the manufacturer but on major smartphone models. If the mentioned method doesn’t work, search for simulated battery pull + YourPhoneModel on the internet.

Also Read: How to Fix Wi-Fi Not Working on Phone

If we take a rational approach to this problem, it’s very feasible that your Android OS is unable to send the essential data to your apps simply because it lacks the necessary resources. We recommend that you begin your troubleshooting journey by determining whether you have enough internal storage space and free RAM for your device to perform correctly. The following are the steps you must take:

1. Go to the Settings app on your device.

3. Then, tap on Storage and make sure your internal storage has at least 300 MB of free space.

In case you are running out of internal storage space, we recommend clearing cache memory and uninstalling apps that you do not use frequently by following the given steps

Follow these steps to clear cache memory of your device.

1. Go to Settings > About phone and tap on the Storage option. 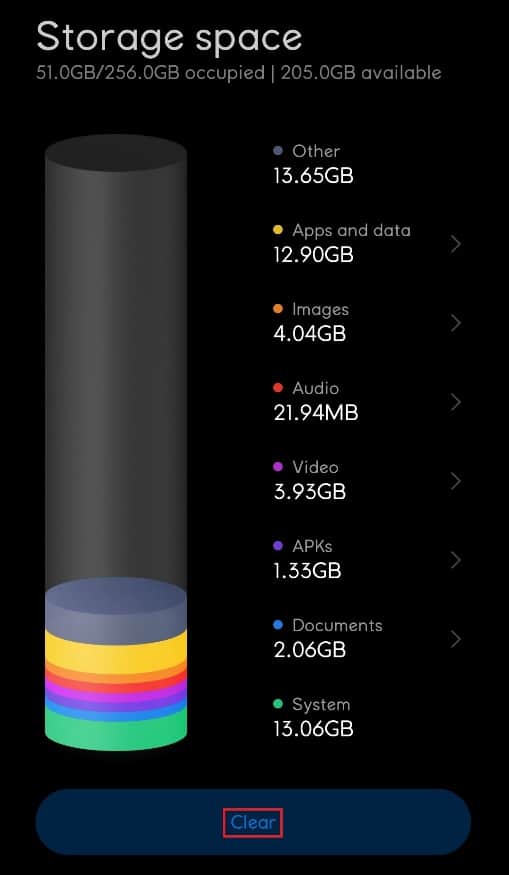 3. Select the cache data you want to delete, then tap on the Clean Up button. 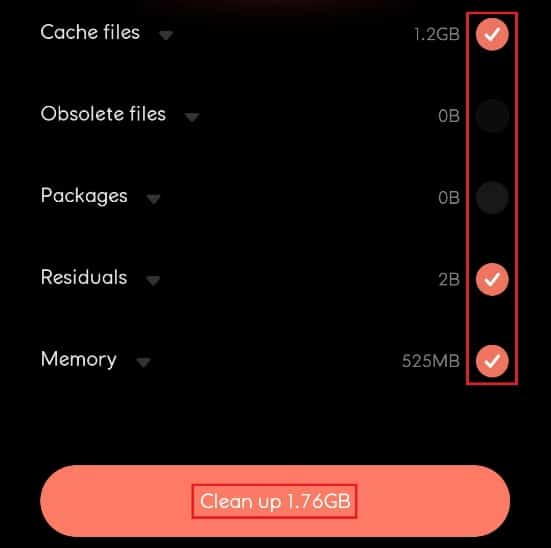 If the device storage is still full and is not optimized then, uninstall a few unwanted apps taking more storage space. Following the steps below to uninstall app and fix process system not responding issue.

1. Open the Settings app and tap on Apps settings. 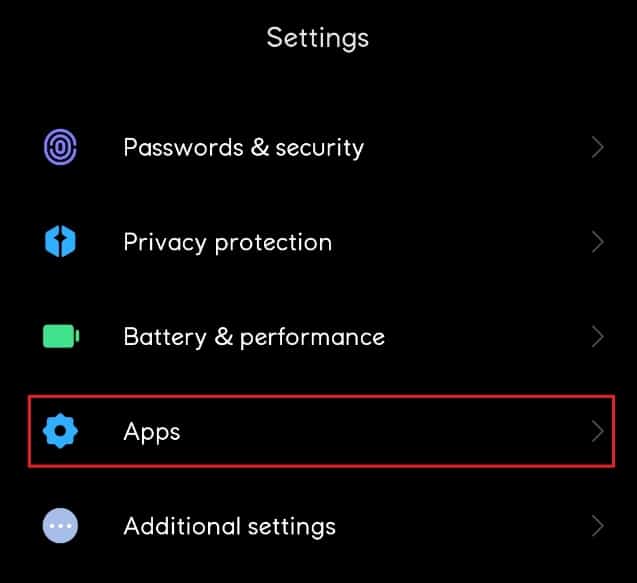 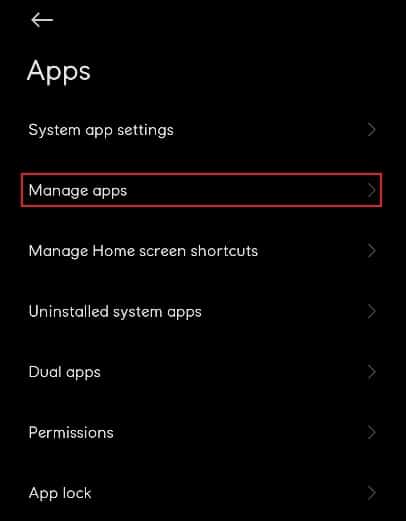 3. Then, tap on Uninstall 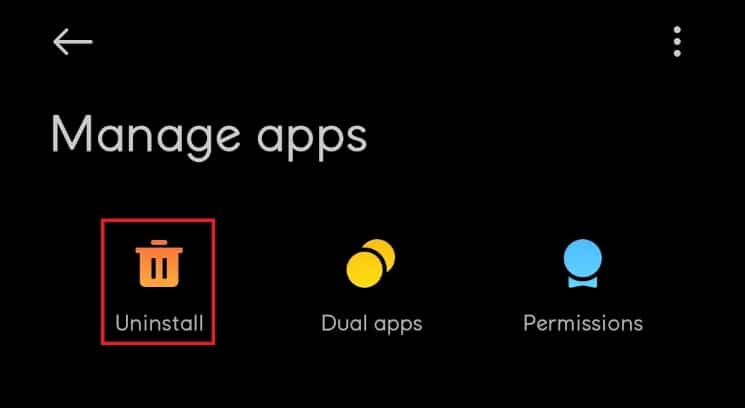 4. Tap on the sorting parameter selector and choose Usage frequency from the drop-down list. 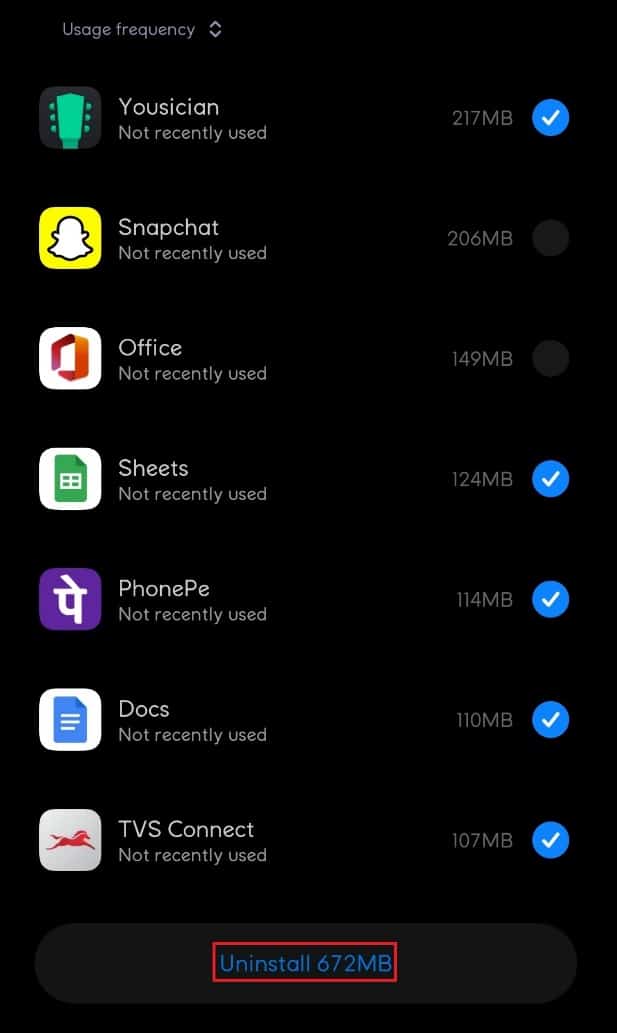 5. Select all the apps that you do not use frequently and click on Uninstall button.

If the problem remains after deleting suspicious apps, you should update your apps. Numerous Android users reported that the issue of the process system not responding had been resolved when they updated their applications.

2. Then, tap on your profile icon as highlighted in the pic below.

4. Now, tap on the Update all option in the Updates available section.

It’s a good idea to keep your Android smartphone up to date regularly. If it isn’t, obsolete software likely is to blame for the processing system not responding issue. Software updates offer not just new features and optimizations to a device, but also important repairs for software and hardware faults. As a result, you may attempt the methods below to resolve the processing system that isn’t responding issue on your device.

2. Tap on the About Phone option.

4. Wait for Android to check for updates.

5. If an update is available then tap on the Download update button.

Regardless of the Android version, you’re using, third-party software can slow down your device. You must determine if the issue of process system not responding was caused by an app or not. This is when Safe Mode enters the picture. This mode allows you to start your device without having to launch any third-party applications. As a result, you may use Safe Mode to diagnose and resolve a variety of software issues, including the one that is presently causing your device to malfunction. Since this mistake has been reported to be caused by a software conflict, it could be worth a shot to put this notion to the test. Follow the steps below to boot in safe mode.

1. Press and hold the power button while your device is turned on until the Power menu appears.

2. Touch and hold the Power Off icon. To restart your phone in Safe Mode, press OK.

Note: If the steps above don’t get your phone into Safe Mode, look up reboot YourPhoneModel in Safe Mode on the internet and follow the instructions.

3. In Safe Mode, restart your device. Check the lower-left corner of the screen for the Safe Mode symbol to confirm this.

4. Use your device for a few minutes to see if the problem reappears.

5. If the message does not occur in Safe Mode, remove any apps you may have downloaded around the time the problem initially appeared.

Note: We recommend that you start by uninstalling any programs you may have downloaded from sources other than the Google Play Store.

6. When you’re finished, reboot your device to leave Safe Mode. 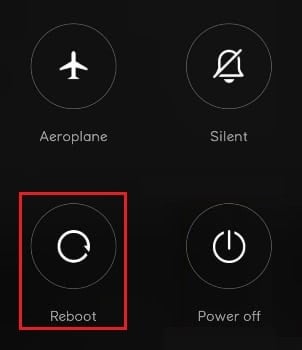 Also Read: How to Move Apps to SD Card on Android

1. Turn OFF your device.

2. Press and hold the Power + Home + Volume up buttons at the same time. This reboots the device in Recovery mode.

Note: If this doesn’t get you into Recovery Mode, look up how to enter recovery mode + YourPhoneModel on the internet.

Note: Use volume buttons to go through the options available on the screen. Use the power button to select your desired option. 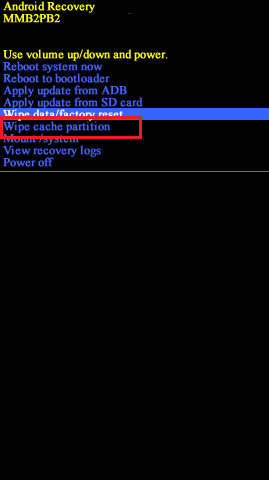 If nothing else seems to work, you might want to try a factory reset to fix process system not responding problem. If you haven’t changed any of the system files, this will almost certainly solve the problem. Keep in mind that a factory reset will erase all of your personal data from the internal storage. With that in mind, here’s how to restore your phone to factory settings.

Note: Create a backup of your data before performing a factory reset.

Your device will restart after the process is finished.

If a factory reset doesn’t work, I’m fairly certain you tried it and screwed up some important system files in the process. Many users have reported this problem after attempting to transfer system data from internal storage to an SD card.

If this is the case, the only option is to unroot your phone and restore it to its factory settings. If you’ve never flashed a phone before, we recommend you go to a trained technician and have your device re-flashed to factory settings.

We hope this article would shed some light on how to fix process system not responding errors on your Android device. If you have some input about this article, please reach out to us in the comment section down below.