Android is one of the major mobile operating systems with many remarkable features and an effortless user interface. Still, there is one thing that has annoyed Android users for years, it is the problems associated with using and managing GIF files. Graphics Interchange Format or GIF is a bitmap image format which exists since the late 1980s and is now everywhere on the internet. GIFs are few seconds of videos or moving images packed together in a single file and they work across platforms and devices. However, in Android, they become static and sometimes won’t open at all. If you are also dealing with the same problem, you are at the right place. We bring to you a perfect guide that will help you understand how to fix faulty GIFs on Android. 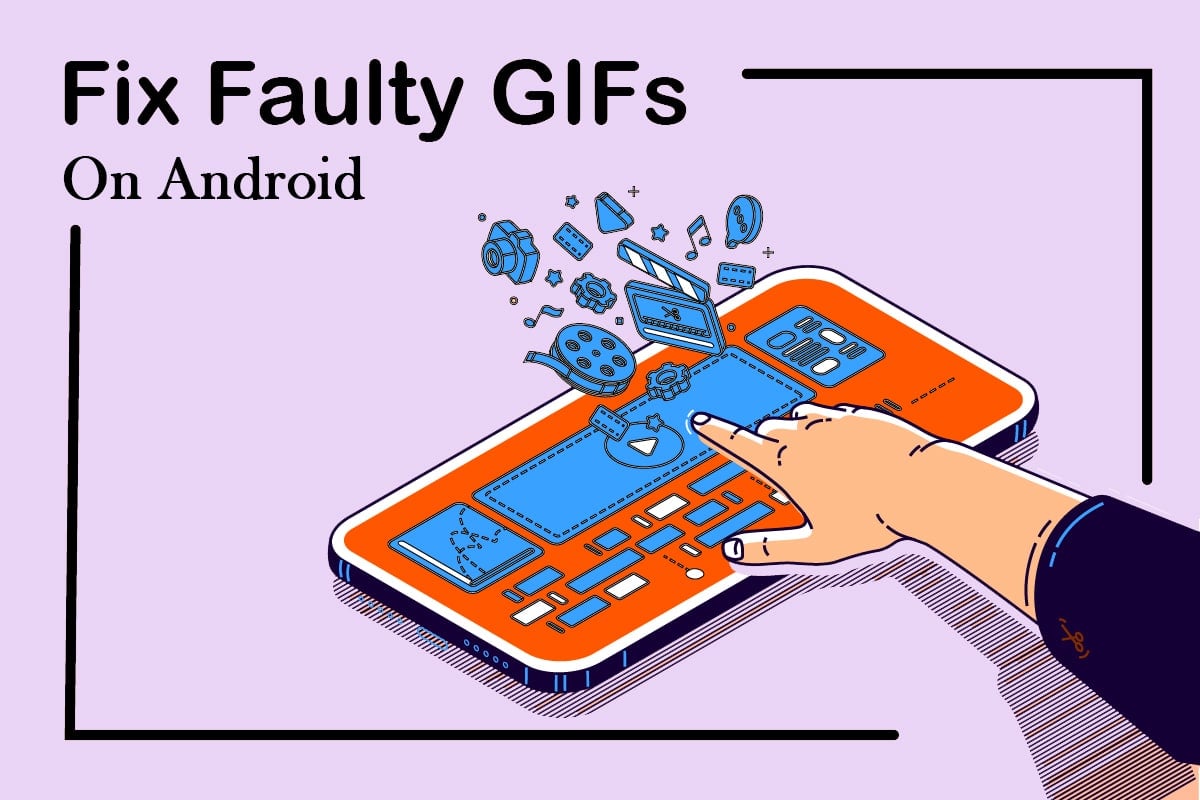 How to Fix Faulty GIFs on Android

It is surprising that a huge company like Android has such a lethargic way of handling gifs. There are several reasons behind it and some of them are listed below.

One can view and save GIFs easily if their Android device is rooted but obviously it is outrageous to root your device only because you want to use GIFs. Though there are other ways to resolve this issue, so without wasting any more time let go to the methods to fix faulty GIFs on Android.

Android has launched a variety of updates over the years. With everyone using a different version of Android this issue is bound to appear. Especially when you take into account the incompatibility of Android with GIFs.

Note: Smartphones don’t have the same Settings options. They vary from manufacturer to manufacturer so check the correct settings before changing any. For reference we have used Redmi 8.

First of all, you must check which version of Android are you using. You can only send GIFs to your friends or family if you are using Android 7.1 or above. Follow these steps to check which Android version your phone is running.

3. Locate and check Android Version. In this case, it is Android 10.

If you are not using the latest Android then try updating your Android device and check if you can fix faulty GIFs on Android.

Also Read: How to Send GIFs on Android

If you are talking to your friends or family using any messenger apps, for example, WhatsApp then make sure they are using the same version of that messenger app as you are. Different versions of messenger apps can load the same GIFs differently. This may help you fix faulty GIFs on Android.

Note: You can also try switching your Android keyboard with the one that is compatible with GIFs.

If you still can’t fix faulty GIFs on Android then there are various third-party apps available online that you can use to resolve the issue.

Q1. Why are GIFs not working on Google?

Ans. This usually happens because of software glitches. Try to log out of your Google account and log back in and check again. You can also try to restart your device and check your Wi-Fi connection.

Ans. MP4 files are better as they are much smaller than GIFs so you will save your data when downloading them. They also retain good quality after being transferred and load faster than GIFs.

Q3. Can you play GIFs on Android?

Ans. Yes, Android devices have a pre-installed app known as Gallery which is used to view images and other media. You can view your saved GIFs in that app and load them whenever you want.

We hope that this guide was helpful and that you were able to understand how to fix faulty GIFs on Android. If you have any queries or suggestions then feel free to drop them in the comments section.