After spending your hard-earned money on a necessity such as a smartphone, you would obviously want to protect it. Good phone covers are not just about style, they should also be protective. For the past 24 years, OtterBox has been committed to creating protective phone cases. If you have also used OtterBox products to protect your devices, you might like to know the difference between OtterBox symmetry and commuter. If that rings a bell, then you are on the right page. In this article, we are going to discuss the difference between OtterBox Symmetry vs Commuter for iPhone. 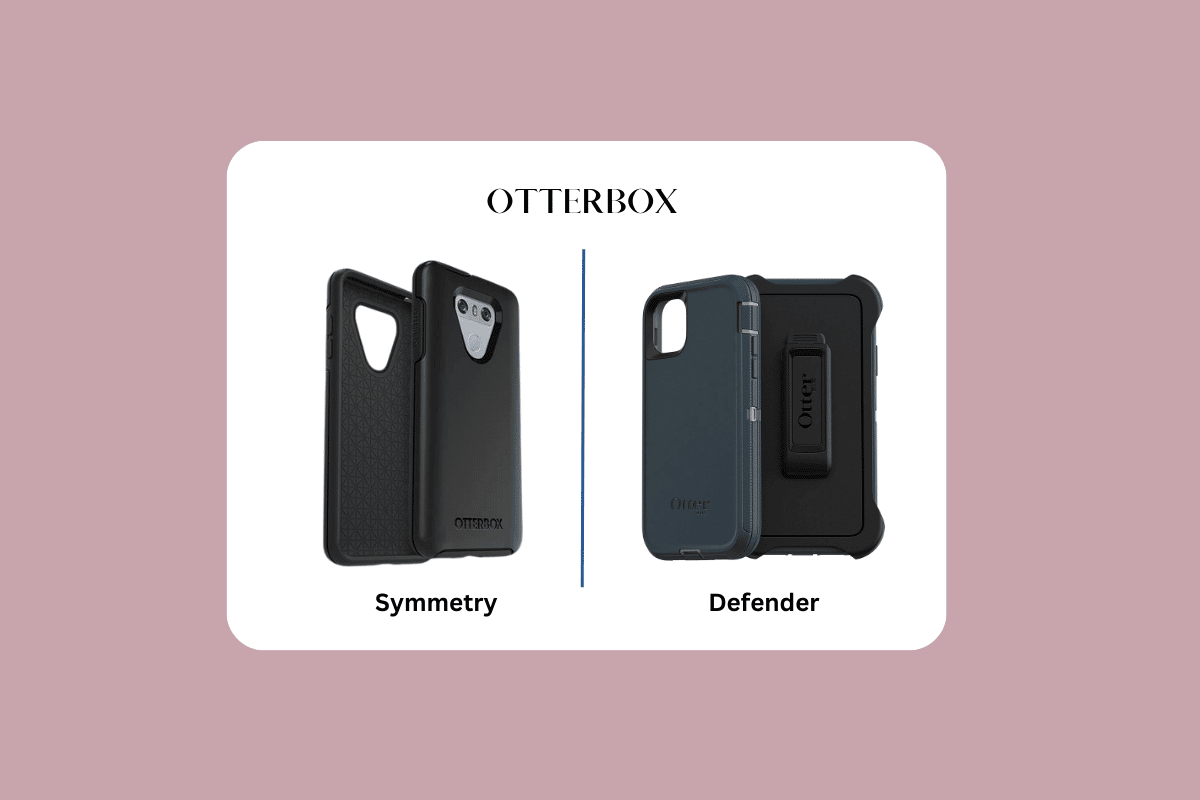 What is the Difference Between OtterBox Symmetry Vs Commuter?

Launched in 1998, OtterBox was an idea in the making for more than ten years. Its founder Curtis Richardson wanted to make waterproof cases for his electronic gadgets. OtterBox has introduced many series of cases. Keep reading to find out OtterBox Symmetry vs Commuter.

What is OtterBox Symmetry?

OtterBox Symmetry is a series of OtterBox phone cases. It has a rigid polycarbonate backing and a soft, rubbery bumper that feels soft to touch and use and runs around the screen’s perimeter. These phone covers have raised edges to protect your phone from unfortunate drops and an 8-inch recess around the camera lens so that your phone can stay safe and secure from any scratches and pokes. 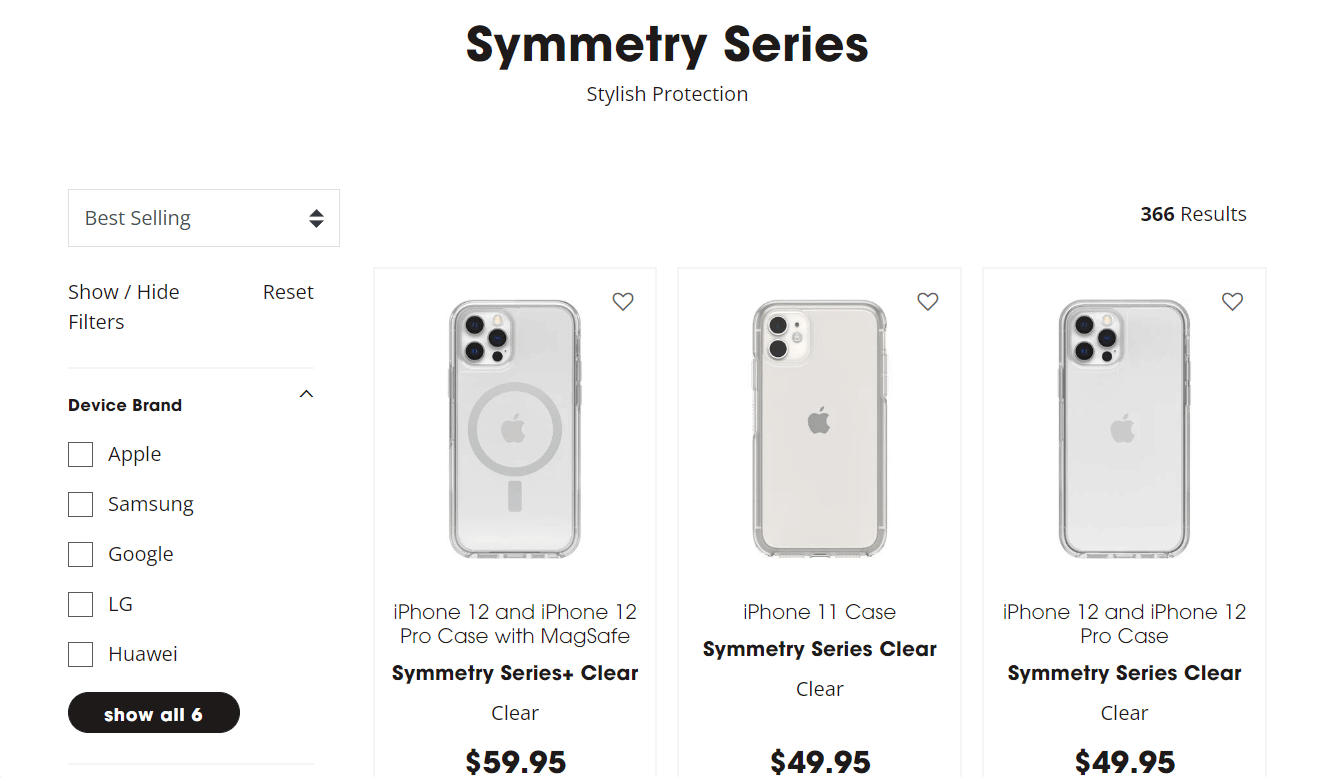 Also Read: What is the Difference Between Regular Case, MagSafe Case, and Silicon Case?

What is OtterBox Commuter?

Another OtterBox series that has quite a big fandom. The OtterBox Commuter series offers polycarbonate outer shells and hard plastic interiors with silicone plugs to access every iPhone’s port and opening. Its two-piece design snaps together securely, and the screen protector guards the screen against any potential scratches. 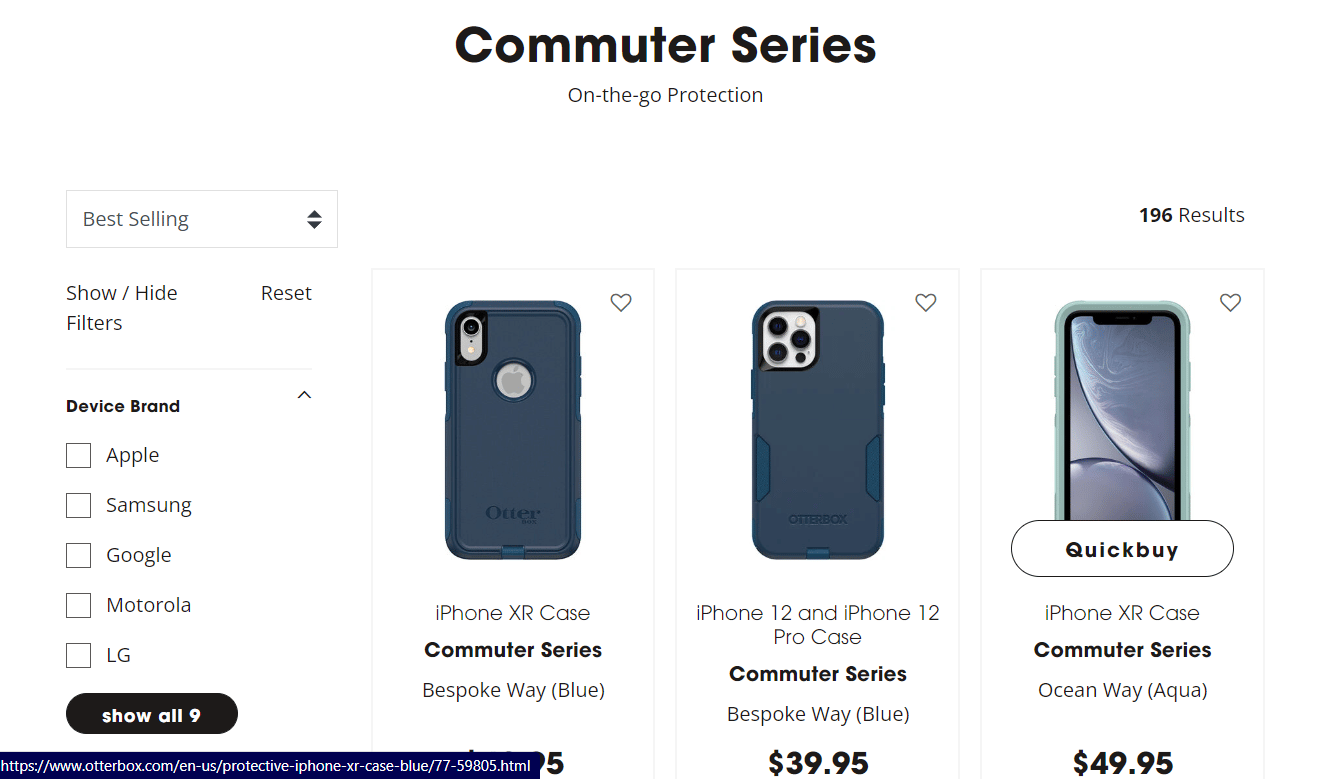 What is the Difference Between OtterBox Symmetry Vs Commuter for iPhone?

OtterBox now offers cases for some of the major smartphone, Chromebook, and tablet companies. With years of trust and experience, OtterBox has released several series including Symmetry and Commuter. Read along to learn which is better worth your money.

Is OtterBox Commuter or Symmetry Better?

Yes, OtterBox Commuter is better than Symmetry, though both are widely used. You must have heard about OtterBox and its popular series but to clear your doubts, let’s dive into it on a more detailed basis.

As a major brand that many other major brands love, OtterBox makes cases for many phones, too many at times. OtterBox Symmetry is available for iOS devices but there are far too many phones out there. If you are using an old or less popular model, there are chances that you might not get a case for your model. Or in some cases, OtterBox cases might not fully support a phone’s features. Both cases are widely available but just check if your model is available or not.

Also Read: Which is Better Between Samsung vs iPhone?

Yes, OtterBox Symmetry does turn yellow. Clear cases after a while tend to turn yellow or brown.

Is the OtterBox Commuter Drop Proof?

Yes, the OtterBox Commuter Series is drop-proof. Meaning, your phone will be protected even if you drop it from a good height. OtterBox Commuter Case is not only drop-proof but also shockproof, rugged, Antimicrobial Protection, 3X Tested to Military Standards, and a protective case.

Ans. Yes, OtterBox does protect iPhones. The phone cases are made of materials like polycarbonate and synthetic rubber that protect them from any potential drops or pokes.

Q2. Which OtterBox is most protective?

Ans. The OtterBox Defender series offers the most safeguard of any other OtterBox. It is available for a range of smartphones as well as tablets so there is chance that your iPhone is also compatible with the Defender series.

Q3. Is it worth getting an OtterBox?

Ans. Yes, although the accessories can be bulky and might not always fit your style, it is extremely important to protect your smartphones from unfortunate falls. That being said, OtterBox cases are best for protection and it does cost quite a lot with prizes ranging from $30-$75. We highly recommend investing your money in OtterBox cases as they are worth the penny giving your smartphone a longer life.

Here you have it, a detailed difference between Otterbox Symmetry and Commuter. We hope that now you have an idea about which Otterbox case would be perfect for you based on this article. Let us know if you have any doubts regarding Otterbox Symmetry vs Commuter for iPhone and feel free to add your suggestions in the comment section below.