RPG stands for Role Playing Games, which is a popular genre of video games. An RPG game experience generally includes various characters that can be selected by a player to participate in adventures and conquer various quests. RPGs are very popular among gaming communities, mainly for their interactive gameplay and exciting adventures. Generally, role-playing games have some basic elements that differentiate them from other sub-genres. In this guide, along with explaining what are RPGs and RPG games examples, we will also discuss various other sub-genres of RPGs. We will also discuss compressions such as CRPG vs RPG and MMO vs RPG. In the next section, let’s discuss some of the best RPG games that you must play. Later in the guide, we will also discuss what is RPG weapon, what are CRPGS games and you will know about MMORPG meaning. 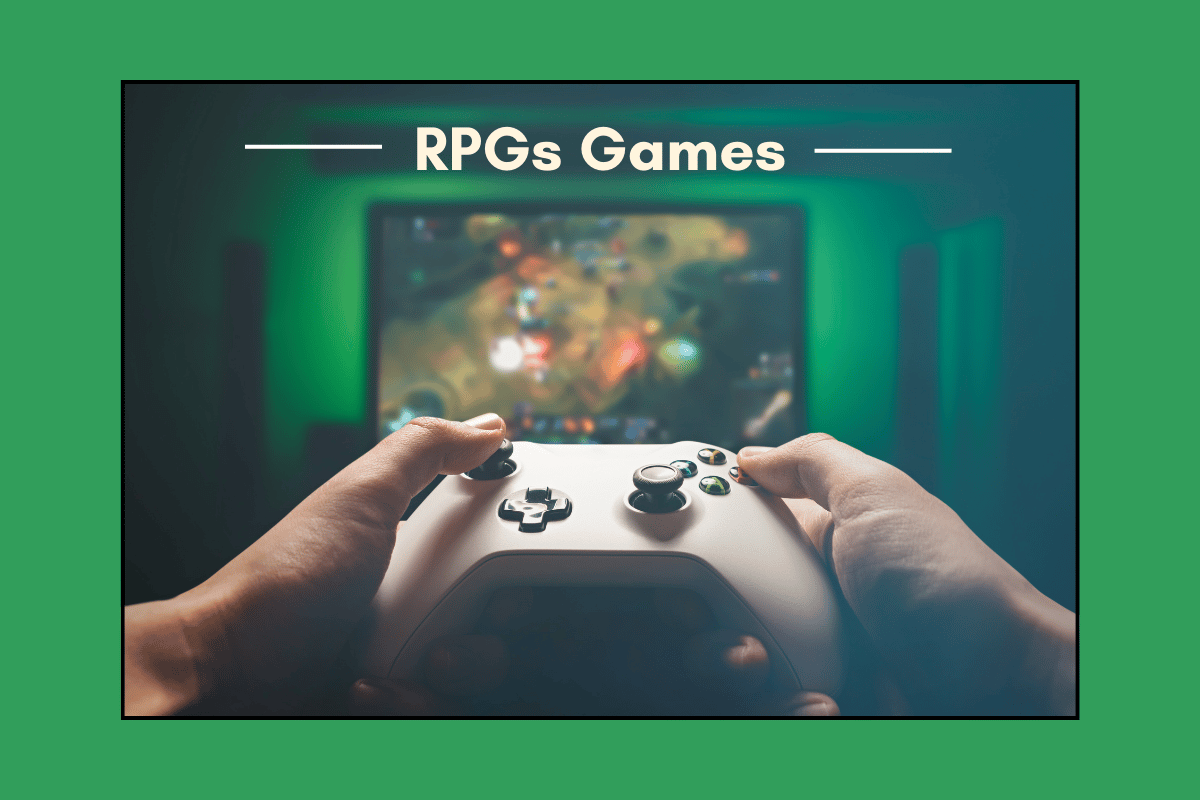 What are RPGs? Everything to Know About Role Playing Games

RPGs are the games where you can assume a role of particular character where the gameplay is fictional. Below we have shown the best RPG games examples.

The following is a list of some of the best-rated RPG game examples. If you are a fan of RPGs, you must try these games. Later in this guide, also read, what are MMORPG.

Developed by CD Projekt Red, The Witcher 3: Wild Hunt is one of the most popular role-playing games. You can enjoy this game on PS4, Xbox One, PC, and Nintendo Switch. The gameplay includes an exciting mix of challenging combat, a brilliant storyline, and puzzling quests. The Witcher 3 will instantly become an addictive RPG as you begin your in-game adventure. So, get The Witcher 3: Wild Hunt if you are looking to embark on an action-packed adventure. Continue reading to know what are CRPGS games, and what is MMORPG meaning. 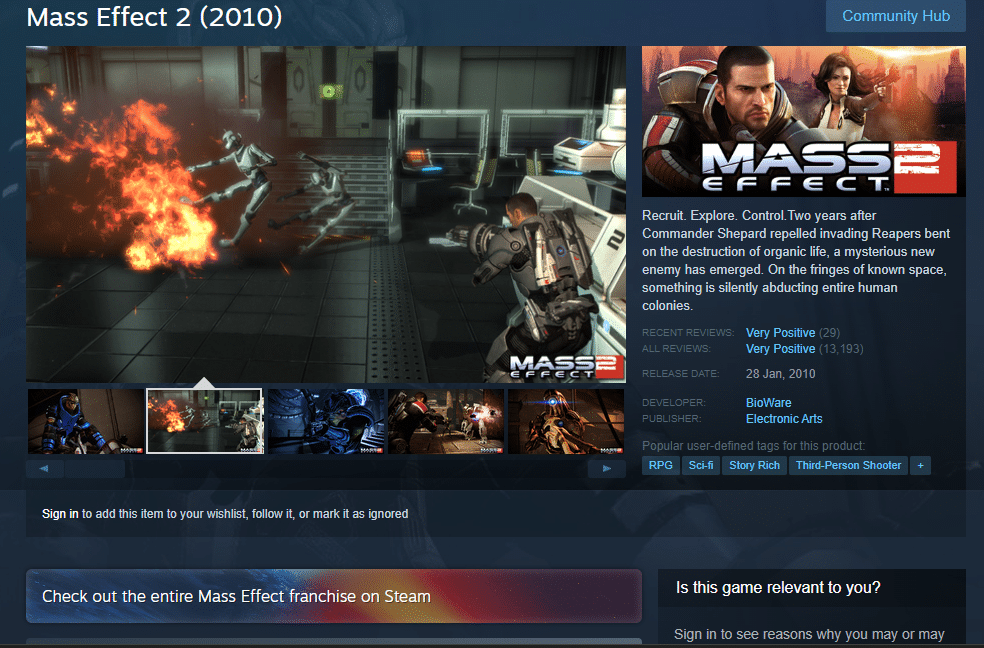 A sequel to the already popular RPG game, Mass Effect 2, will not disappoint you. The game developers at BioWare have included various new exciting features to the game carefully following the already popular storyline. The game is available to play on PC, PS4, PS5, Xbox One, and Xbox Series X. One of the unique parts of Mass Effect 2 is its incredibly interactive storyline. Often, you will find yourself making a tough emotional decision in the game that will affect your character and your relationships with other characters. If you are looking for an interactive RPG, look no further than Mass Effect 2. Continue reading to know the difference between CRPG vs RPG.

Developed by Obsidian Entertainment, Fallout: New Vegas is one of the most popular RPGs. You can enjoy this game on PC, PS4, and Xbox One. Regarded as one of the best open-world games, Fallout is the first choice of many gamers. The game challenges and even questions your survival instinct and provides incredibly interactive gameplay. Therefore, if you are looking for a survival game with an exciting adventure, Fallout: New Vegas is the game for you. Continue reading for more RPG games examples. In this guide, also read what are CRPGS games. And what are MMORPG?

Also Read: What To Do If Fallout New Vegas is Not Working on Windows 10?

4. Legend of Zelda: Breath of the Wild

What makes Legend of Zelda: Breath of the Wild a unique gaming experience is the amount of independence it gives you in customizing your own character. Developed by Nintendo, the game is obviously available on the Nintendo Switch. The game allows you to create your own experience and participate in adventures in the game. You can also use various weapons to advance in the game. Continue reading to know what is RPG weapon. So, if you are looking for a game that allows you to create a unique character to go on an adventure, The Legend of Zelda: Breath of the World is the game for you. Continue reading to know what is MMORPG meaning.

Skyrim can be played on almost all platforms, such as PC, PS4, PS5, Xbox One, Xbox Series X, and Nintendo Switch. The game allows you to be anything, and also allows you to do everything. In the game, you can either go on adventures or explore the Skyrim world. The best thing about the game is that you are not forced into Elder Scroll 5: Skyrim adventures, and you can navigate in the game at your own comfort.

Hence these are the list of best RPG games examples. Continue reading to learn the difference between CRPG vs RPG and MMO vs RPG.

What are CRPGs Games?

Now that we know what are RPGs, let’s discuss CRPGs. CRPG is a sub-genre of RPG gaming. The CRPG stands for Computer Role Playing Game. The only difference between RPGs and CRPGs is that RPGs can be played on various platforms, while CRPGs can only be played on computers. In the next section, we will discuss some of the most popular CRPGs that you can enjoy on your computer.

The following is a list of best-rated CRPGs and RPG games examples, that can be enjoyed on your computers. Keep reading to know what is RPG weapon. 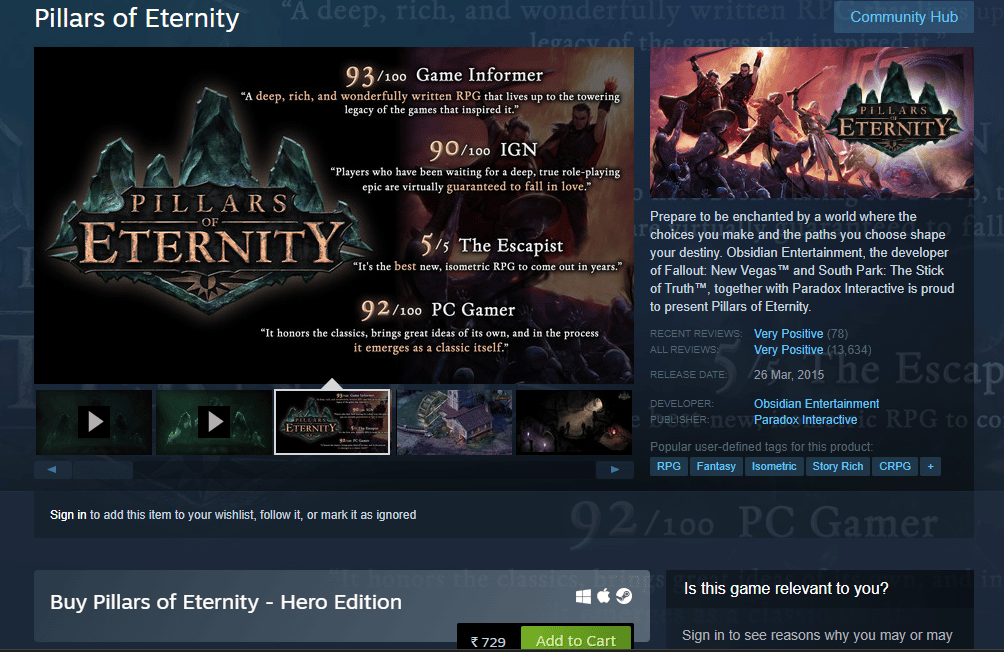 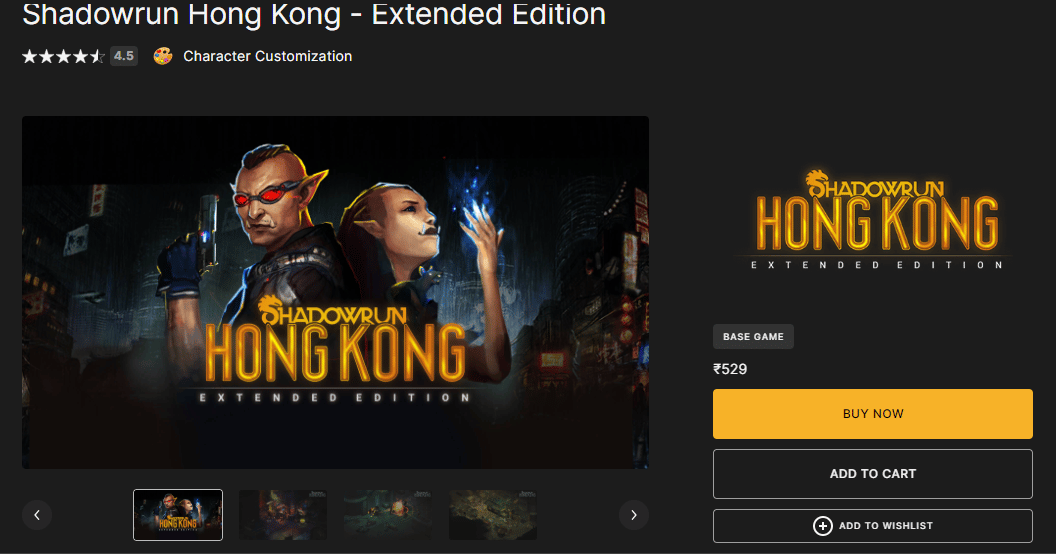 Divinity: Original Sin 2 is one of the best CRPG games that can be enjoyed. The game follows an exciting and interactive storyline, which is also an integral part of the gameplay. You can participate in game combats and enjoy the story as the game progresses.

An upgrade to Baldur’s Gate, this CRPG is a popular choice for gamers. The new version of the game is filled with exciting new adventures and significant improvements to the gameplay. The fans have appreciated the new and improved storyline and characters. Improvements were also made to the game settings.

5. Arcanum: Of Steamworks and Magick Obscura

The Arcanum: Of Steamworks And Magick Obscura comes with a breath of fresh air. With its unique backdrop and storyline, the game is one of the most fun experiences that you will have. Arcanum follows a story where the game character boards a ship and is attacked. The story then only gets better as you explore and embark on an exciting adventure.

There is not much difference between RPG and CRPG games; while RPG stands for role-playing games, CRPG stands for Computer Role Playing Games. CRPGs can only be enjoyed on computers, while RPGs are of various types and can be played on different devices.

What are MMORPG Games?

As we have already discussed what are RPGs and CRPGs, let’s discuss MMORPGs meaning. MMORPG stands for Massively Multiplayer Online Role Playing Game. Many players who are new to RPGs often get confused between MMO vs RPG. While MMO and MMORPG are somewhat similar, there is a contrasting difference between the two. MMO stands for Massively Multiplayer Online game. MMOs are games that can be played online with various other players. On the other hand, RPGs are a specific genre of video game that follows a role-playing style of gaming; RPGs that can be played online by multiple players are called MMORPGs. Now, that you know about MMORPG meaning, in the next section, we will discuss the list of various MMORPG games.

The following is a list of some of the most popular MMORPG games that you can enjoy with various other online gamers.

Set in the 1600s, New World is one of the best survival MMORPG games that can be enjoyed with various other online gamers from across the globe. The players play and fight for Aeternum, which is a newly discovered land. Fight for your new world against invaders and protect it with your friends. New World, offers you the perfect blend of adventure and interactive gameplay.

Often, considered one of the best MMOs; WoW Classic remains the favorite choice among the gaming community in MMORPG games. World of Warcraft Classic gives you exciting gameplay to enjoy with your online friends. The game is significantly more difficult to advance through than its previous versions. If you are looking for a classic game with various exciting adventures, WoW Classic is the game for you.

Known for its bizarre interface, Guild Wars 2 is weird but fun. This game gives you a unique experience for the players. Players team together to fight in rolling events. You can also enjoy mini-stories and interact with other game activities.

If you are a Star Wars fan, Star Wars: The Old Republic is the best MMORPG experience. You play as one of the eight classes and embark on an adventure unlike anything else. Follow a dramatic story and work together with other players to save the empire.

5. Lord of the Rings Online

Now, that you know about MMORPG meaning and the list of best MMORPG games, then read the next section to know about difference between RPG and MMORPG games.

RPG gaming is full of adventures and quests. However, to succeed in these adventures, a player requires various tools and weapons. RPG tools come in handy for players while playing RPG games. The following is a list of various weapons that are used in different RPG games.

Q1. What does RPG stand for?

Ans. RPG is short for Role Playing Games, in this genre of game, you play as a character and follow adventures and quests.

Q2. Can I play RPG on the computer?

Q3. What is the full form of CRPG?

Ans. CRPG stands for Computer Role Playing Games. These games are available to play on computers.

Q4. What is meant by MMORPG?

Q5. Are MMOs and MMORPGs different?

We hope this guide was helpful to you and that you were able to figure out what are RPGs and RPG games examples. Also, you can know about MMORPG meaning in this article. Let us know which game you liked the best. If you have any suggestions or queries for us, please let us know in the comment section. 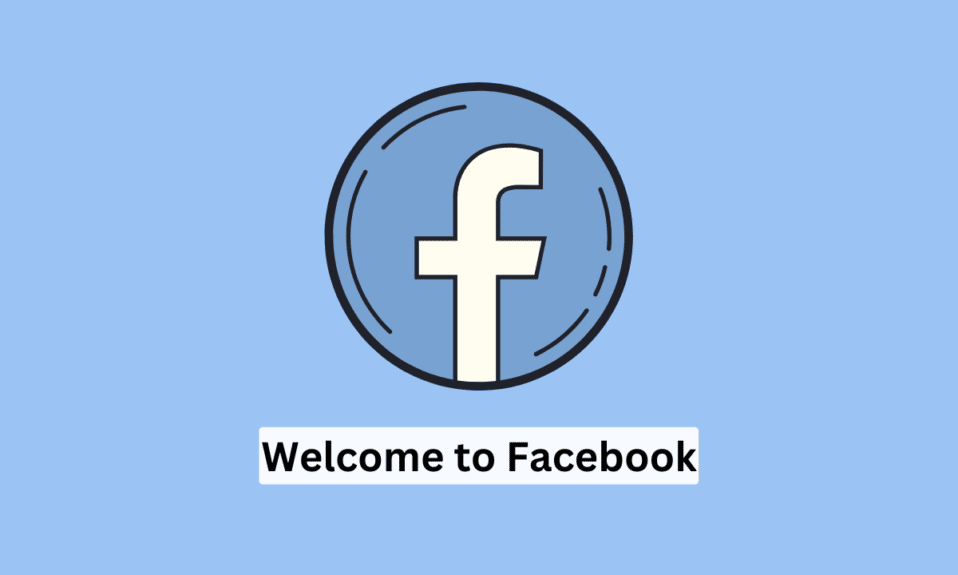 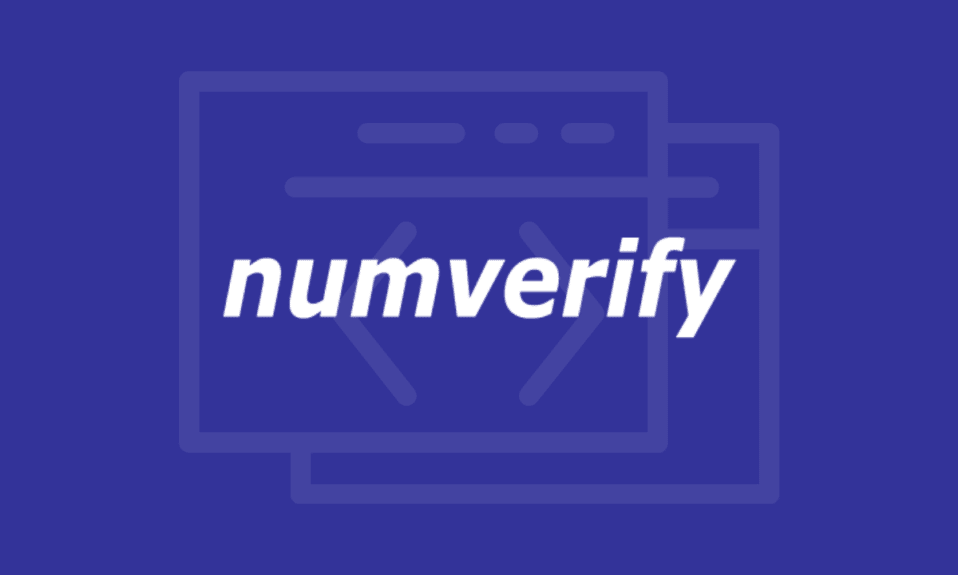