Many people are aware that the Kodi media center is a widely available tool that can be installed on practically any Linux Distro. Many Linux users, who want to create a home theatre PC, dislike the thought of setting it up manually. They would rather prefer to have something ready to go. If you’re looking for a ready-to-use best Linux Distro for Kodi, you’ve come to the right spot! In this article, we have shown the list of the top 10 best Kodi Linux Distro. 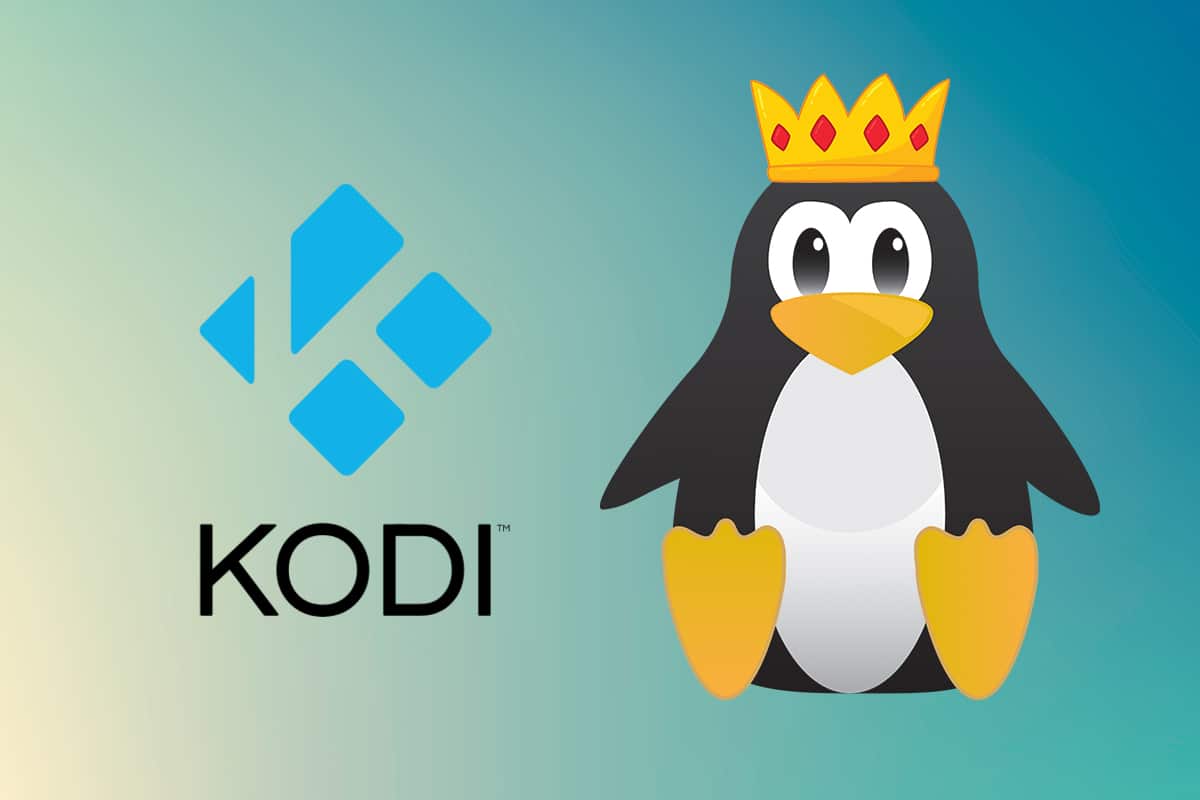 Here is our list of best Linux Distro for Kodi.

LibreELEC is a Linux system designed specifically for the Kodi media center application, with nothing else in the way that could slow it down. LibreELEC is the best Linux Distro for Kodi with Kodi as its primary user interface. Its advantages are listed below:

The Kodi media center software is ready to use after it has been installed. To modify your experience, you may use any of the standard Kodi add-ons.

OSMC is a wonderful Linux media center Distro that stands for Open Source Media Center. It is a free open-source media player. While desktop OS and Linux server operating systems are designed for standard laptops, desktop, and server hardware, OSMC is a Linux HTPC Distro for single-board PCs. OSMC is a substantially modified version of Kodi which aims at providing an appliance-like experience similar to Apple TV, Amazon Fire TV, Android TV, and other similar devices. Here are some other features of this distro. 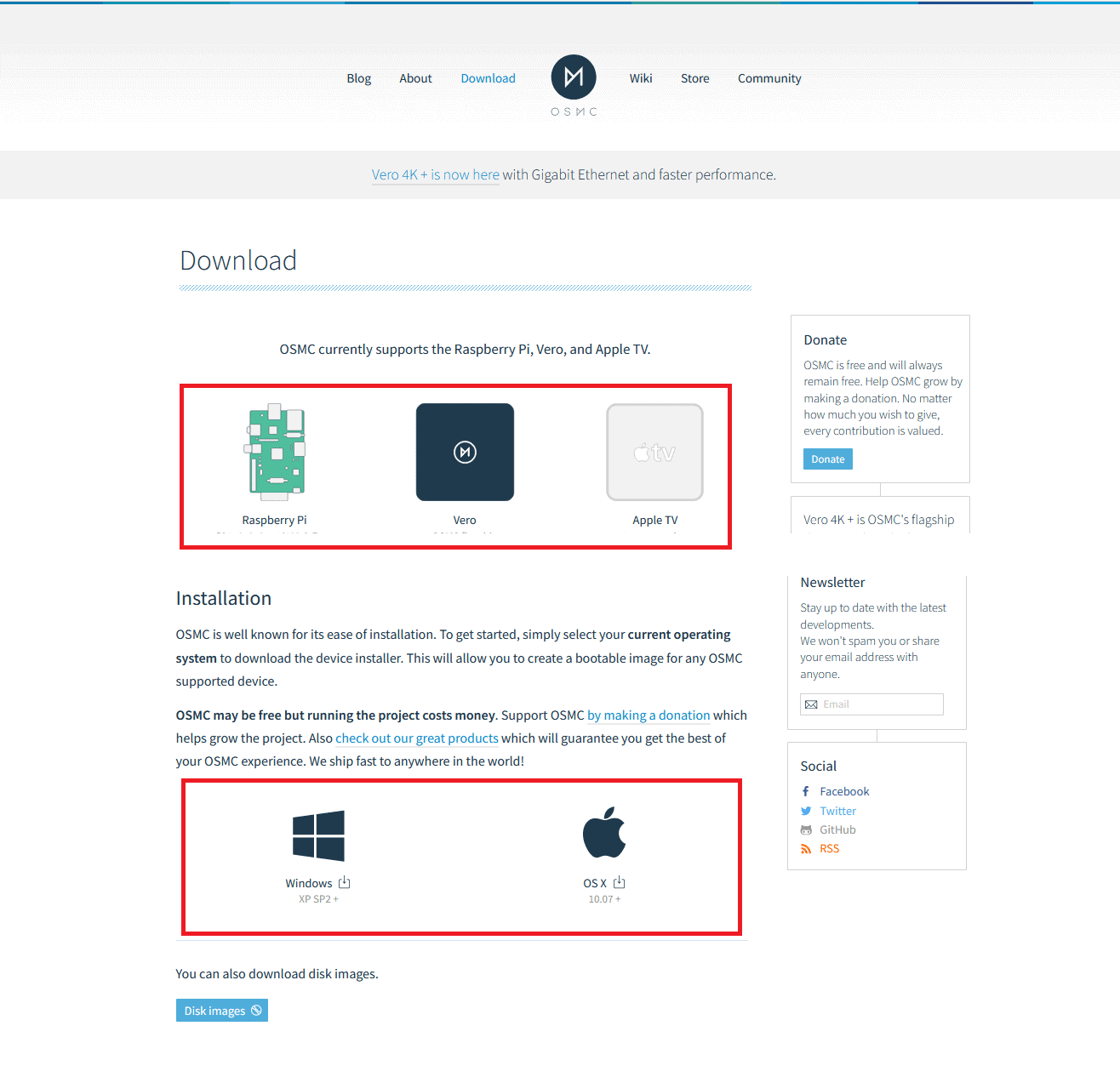 Note: Currently this distro is available for devices like Raspberry Pi, Vero, and Apple TV

Open Embedded Linux Entertainment Center was created to run XBMC, however, it has now been developed to run Kodi. It is the original LibreELEC, albeit owing to its sluggish development rate, it does not update as rapidly or support as many devices.

There isn’t much of a distinction between OpenELEC and LibreELEC. If LibreELEC isn’t for you, but you still need a small OS that runs Kodi and has a lot of functionality, this Distro is a fantastic option. A few features of this distro are given below.

Download the .zip file of the add-on from GitHub to install OpenELEC on Kodi.

Recalbox provides a different approach to movies, TV, and music than other Kodi Linux Distro in this list. It’s a hybrid of Kodi with the EmulationStation frontend. Recalbox is a Linux Distro centered on recreating vintage video games on the Raspberry Pi, not a home theatre operating system (and other similar devices). Recalbox, on the other hand, includes Kodi as an app. You may use the EmulationStation front-end to launch Kodi, or you can boot directly into Kodi. Features of this distro are given below. 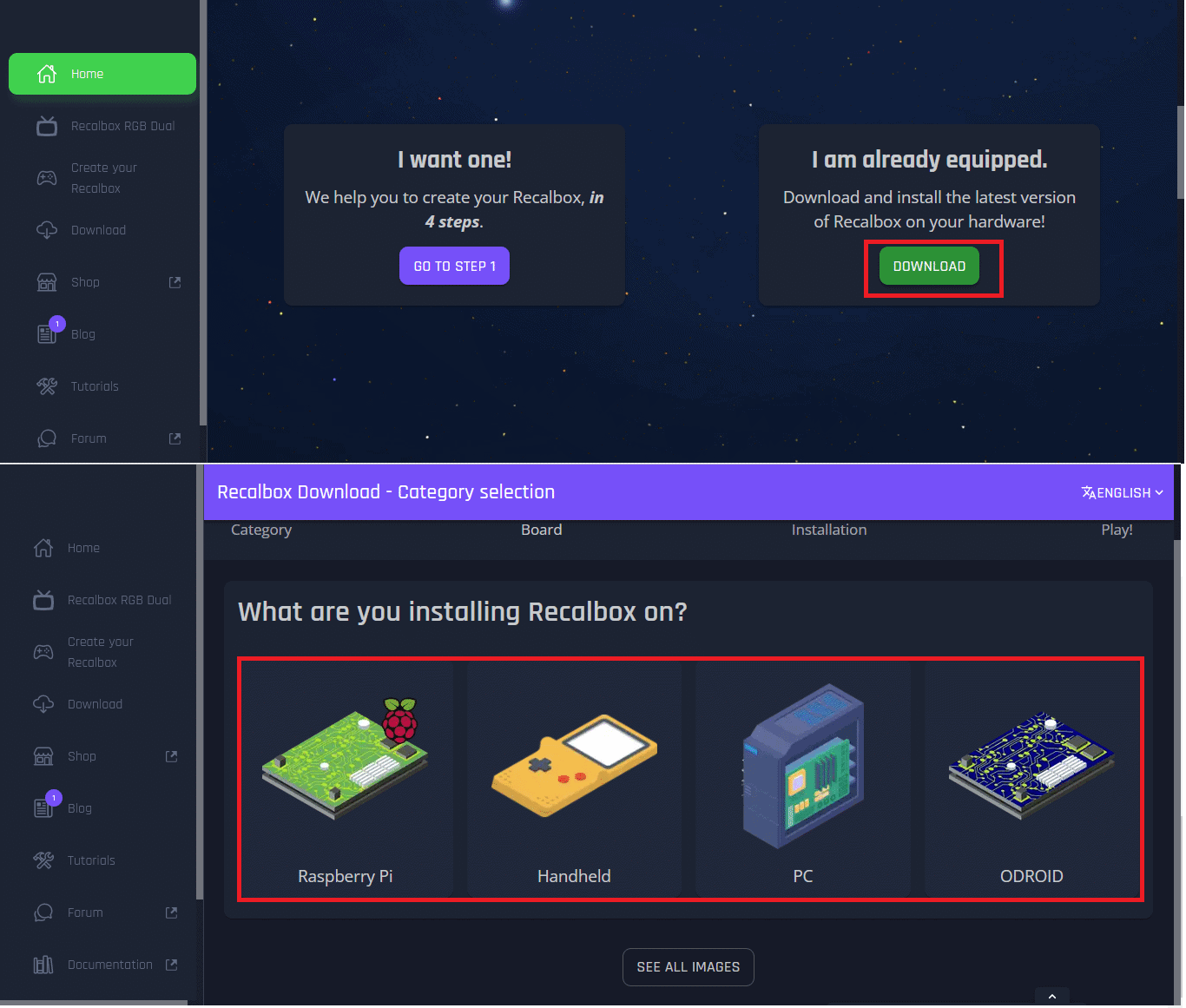 Note: Download the file according to the device you want to install it on.

GeeXboX is one of the best Linux HTPC Distro, even though there are many alternatives for embedded Linux media center Distro. It’s a free, open-source project featuring Desktop and embedded device installs. It’s a Linux HTPC operating system that runs Kodi as its primary media player. While GeeXboX is a Linux media center Distro, its availability is one-of-a-kind. Following are some features of this distro.

Ubuntu may not be one of the ready-to-use Linux HTPC Distro. Nonetheless, it’s one of the greatest Linux media center Distro. This is due to its broad application compatibility and user-friendliness. However, depending on your preferences and hardware, you may discover that your Linux media center OS of choice varies. Because it’s a Debian-based operating system you may install several HTPC and home server software alternatives to Windows including,

However, unlike specialized Linux HTPC Distro, Ubuntu does not come pre-configured. Nonetheless, Ubuntu comes with some common HTPC programs. Ubuntu is an ideal roll-your-own Linux media center Distro foundation because of its adaptability and application compatibility. 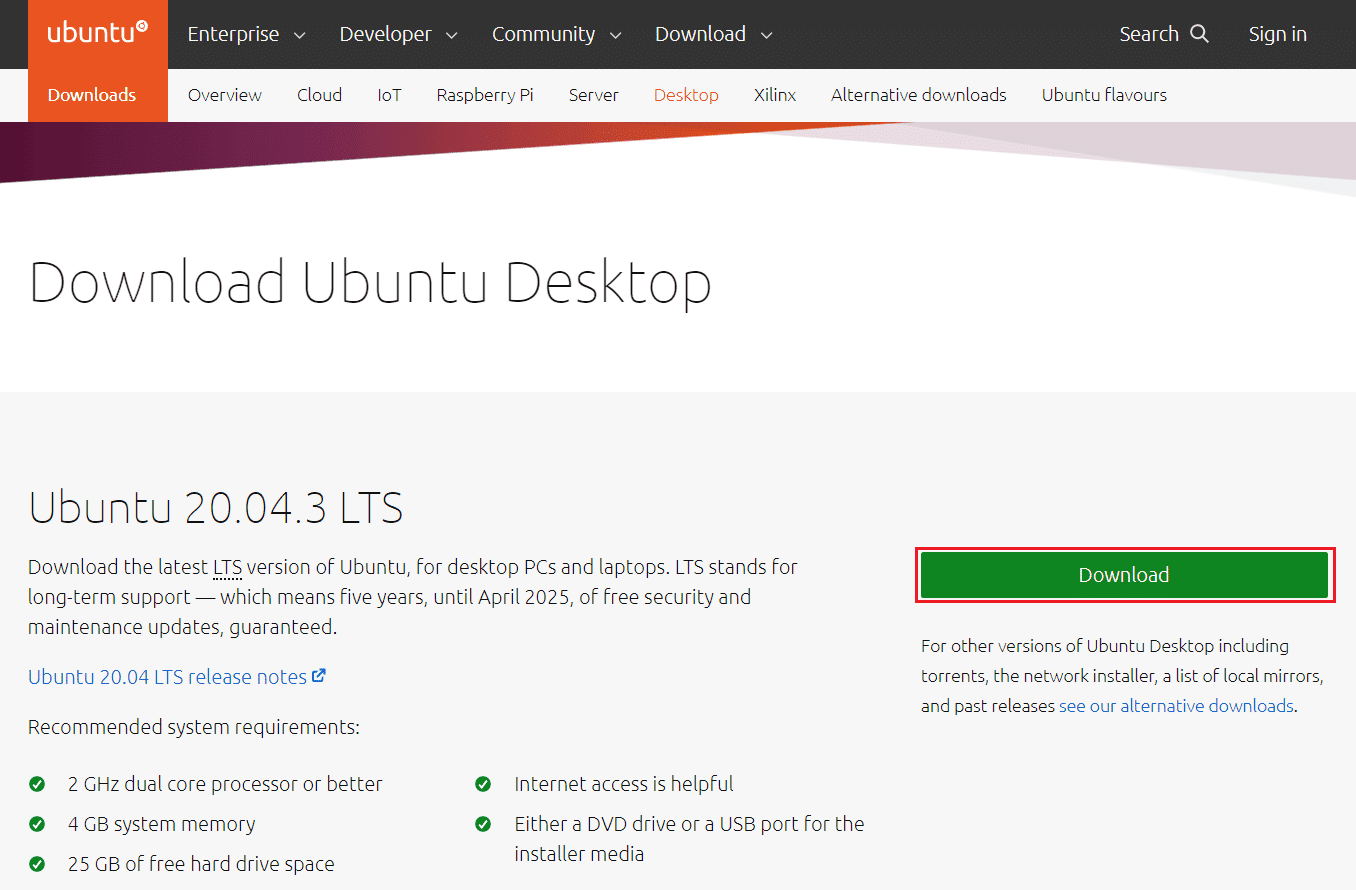 On Ubuntu, you may install

Also Read: How to Play Steam Games from Kodi

RetroPie and Recalbox vary mostly in terms of installation and customization. Some features of RetroPie compared to Recalbox is listed below. 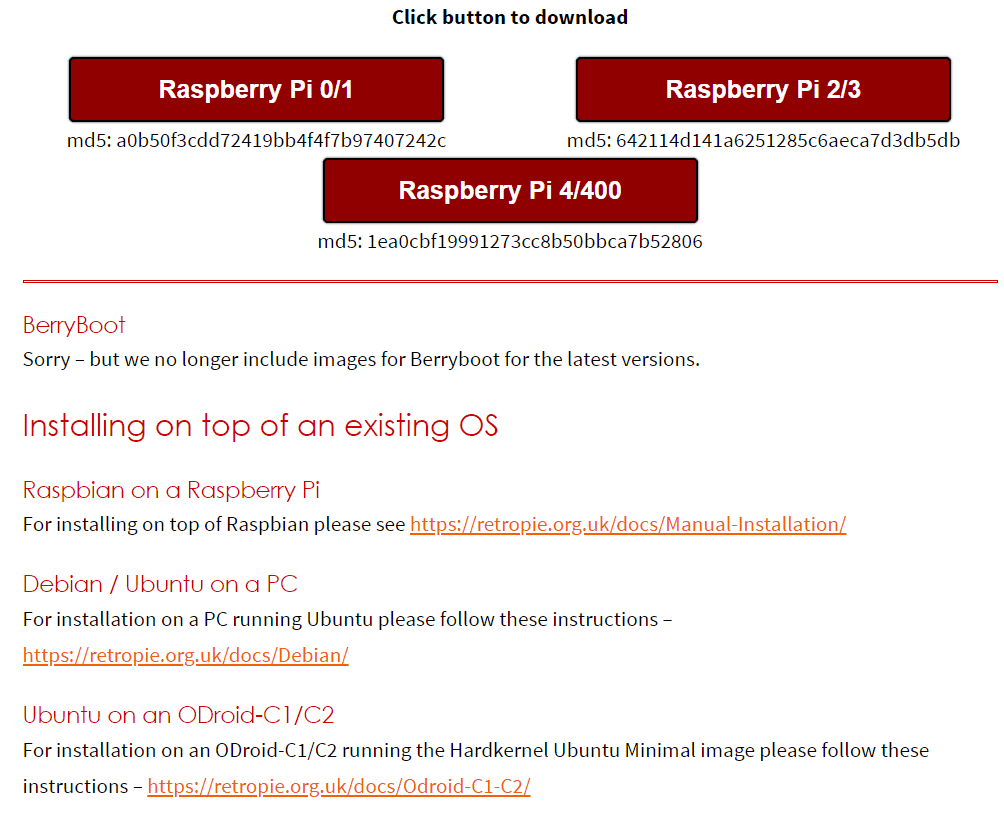 This Gentoo-based Linux media center Distro is ready to use right out of the box. As a result, it’s ready to use straight away, with a full application and feature set. Even though Sabayon is not advertised as a Linux HTPC Distro, the GNOME version contains a large number of media center applications that are,

Sabayon stands out as one of the top Linux Distro for HTPC use due to its extensive selection of standard HTPC apps. The all-in-one solution creates a ready-to-use Linux media center. Download Sabayon from the official website today.

You can also consider Linux MCE if you’re seeking a good Kodi Linux Distro. Media Center Edition is the MCE portion of the name. It is a media center hub for Linux with a focus on automation. For easy HTPC use, Linux MCE provides a 10-foot user interface. A personal video recorder (PVR) and robust home automation are also included. Following are some notable features of this distro: 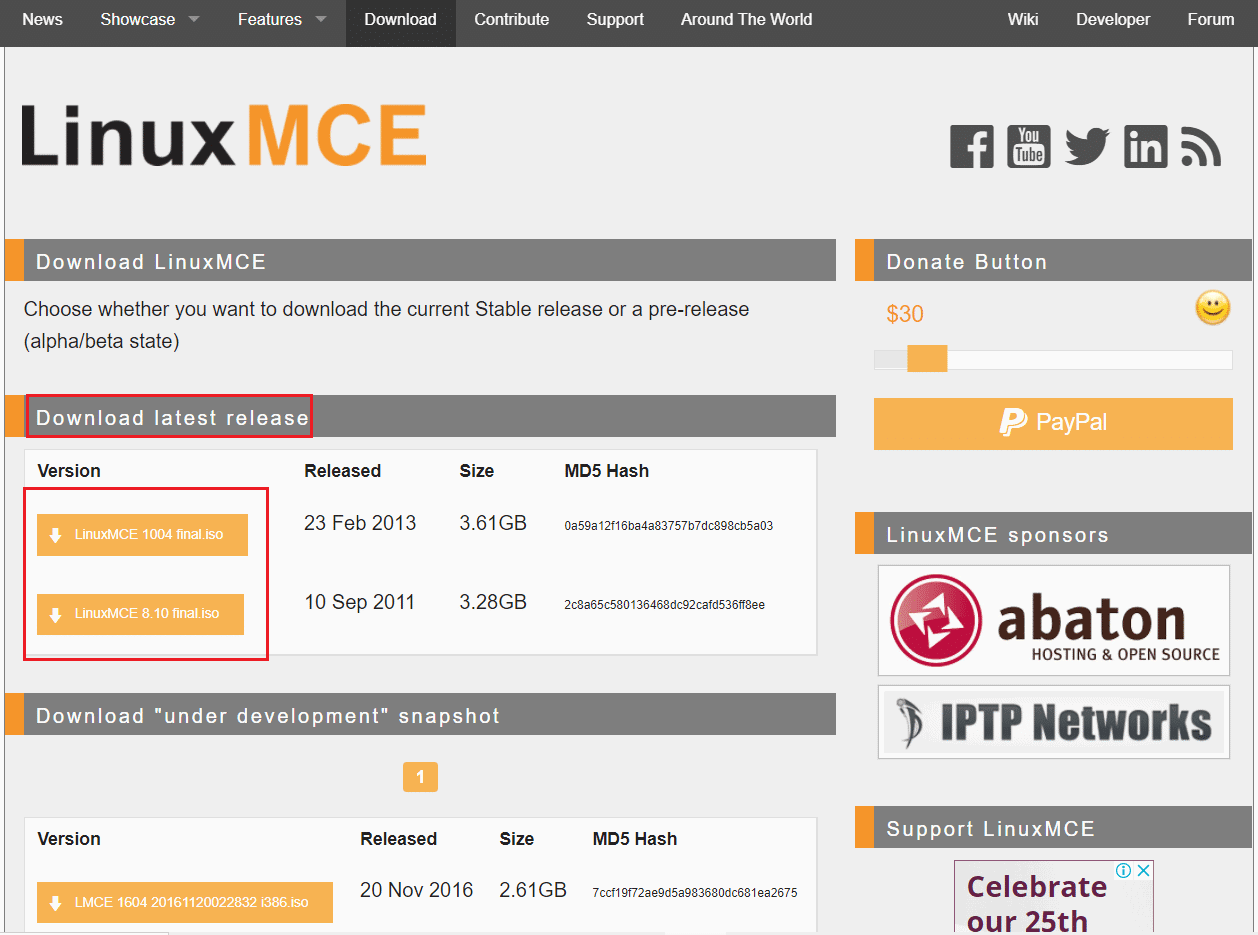 With the rise of smart homes and automation, Linux MCE serves as a one-stop-shop for media and smart home control.

LinHES is a Linux media center Distro for home theatre PCs that was previously known as KnoppMyth. LinHES (Linux Home Entertainment System) touts a 20-minute HTPC setup. R8, the latest version, runs on Arch Linux. Custom scripts for setting up the MythTV PVR platform are available onboard. LinHES, like Sabayon, is an outstanding Linux media center Distro. This is mostly due to its extensive feature set which includes:

Also Read: How to Use TV as Monitor for Windows 11 PC

While these are the top Linux Distro Kodi for HTPC use, there is a plethora of other Linux HTPC Distro to choose from. Mythbuntu and Kodibuntu, in particular, are excellent choices but are currently unsupported. As a result, progress has slowed down. These Linux media center Distro choices, however, continue to work. However, don’t hold your breath for future help. It’s difficult to suggest Kodibuntu or Mythbuntu for long-term use due to lapsed development.

Q1. What does the term Distro signify in Linux?

Ans. A Linux Distro, sometimes known as Linux distribution, is a PC operating system made up of components created by multiple open source groups and programmers. Thousands of software packages, utilities, and applications may be found in a single Linux Distro.

Q2. Is the Raspberry Pi a Linux operating system?

Q3. Is Mac OS only a Linux Distro?

Ans. You may have heard that Macintosh OSX is a little more useful than Linux with a nicer user interface. That isn’t entirely correct. However, OSX is based in part on FreeBSD, an open-source Unix clone. It was designed on top of UNIX, an operating system developed by AT&T Bell Labs more than 30 years ago.

Q4. How many Linux Distro are there?

Ans. There is more than 600 Linux Distro available, with roughly 500 in active development.

We hope that you chose the best Kodi Linux Distro suitable to your requirements. Let us know your favorite below. Keep visiting our page for more cool tips & tricks and leave your comments below.