There was a time when people used to have to pay large phone bills. All kinds of phone calls would cost users a lot of money. Thus, people used to have to be very careful with how many calls they made or how many messages they sent. With the advent of Jio Communications, things changed for Indian telecommunications. Jio Communications made waves with its decision to provide unlimited calls and high-speed internet at a low price.

Once Jio changed the market, every other telecom operator followed suit. Companies like Airtel, Vodafone, BSNL, etc. all had to change their pricing strategy. All of a sudden, telecom and internet services became highly affordable. Now people can make as many calls as they want and surf the internet for quite a long period of time without having to worry about really high bills.

But, there are still some restrictions. Telecom operators only offer unlimited calls to people who use the same telecom. They still get many minutes to call people on other telecom operators, but eventually, they can still run out. Moreover, international calls are still highly expensive for users. Thus, people might want to explore other options to get rid of this problem.

Talkatone is already very popular among Android users. It already has over 10 Million installs on the Google Play Store. The most recent update of the application came on 18 March 2020. Talkatone works on all phones that have Android 4.4 and above. The developers of this application are Talkatone LLC. The application is also not very heavy for Android phones. It is because it is only 22 MB on the phone. 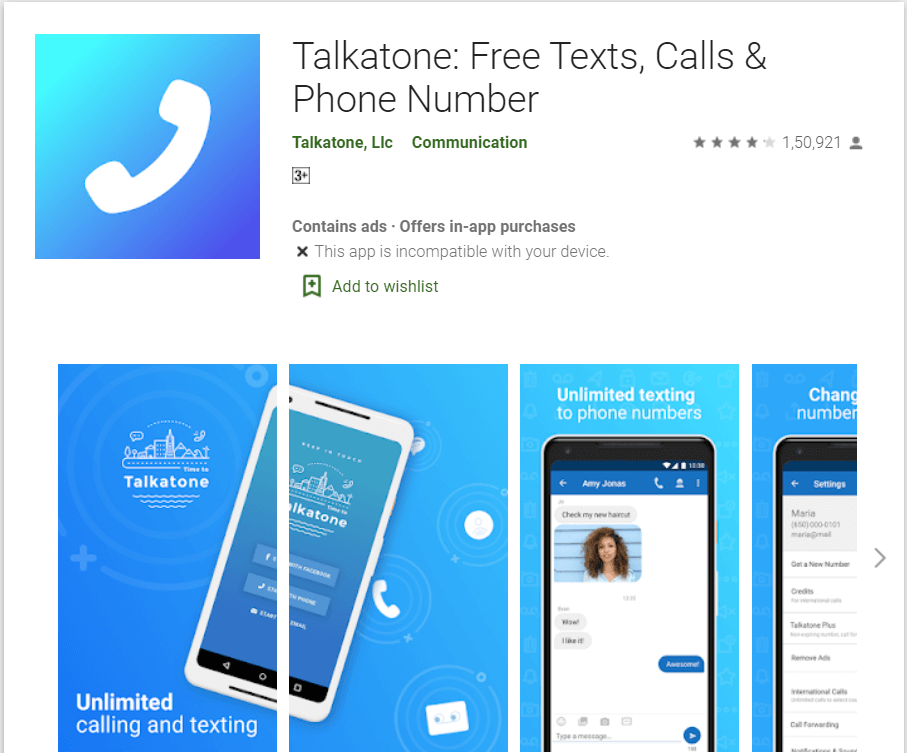 Talkatone has many great features that it offers to Android phone users. Users can easily enjoy high convenience and complete calls and messages without having too many problems. The following are all the great features in the Talkatone Android application:

Moreover, if users do not want to download this application using the Google Play Store, they can also download it as an APK using the following link:

There are many great applications and games on the Google Play Store. These apps usually fulfill any needs of users. Talkatone fulfills the need of users looking to make free calls and messages for no cost whatsoever. Many applications claim to provide free calling and messages, but Talkatone is arguably the application with the best interface and the best features.