Discord servers are pretty great when it comes to communicating with your friends, in general, and strategizing with them during gameplay. You get your own space and freedom to talk on these servers. With the option of joining multiple servers simultaneously and even creating your own servers, Discord just wins you over.

However, when you join numerous servers and channels, you will end up receiving tons of notifications. Hence, you should join a server after carefully thinking it over. Probably, you want to leave a server so that you no longer receive notifications. Through this guide, we will walk you through the process of how to leave a discord server. It is completely safe to do so, as you can always re-join a server through invite links. So, let’s begin. 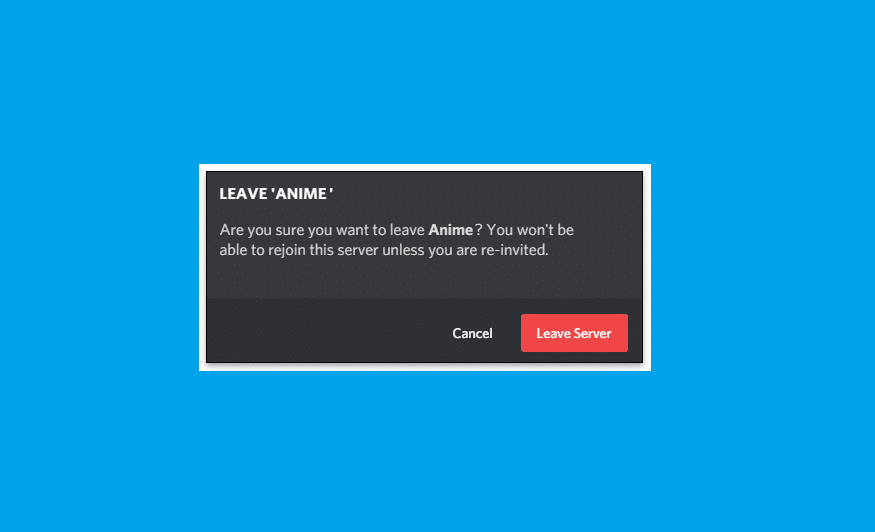 How to leave a Discord server on Windows PC

If you use Discord on your PC, then follow the given steps to leave a Discord server:

3. Now, click on the Server icon of the server that you wish to leave.

4. Click on the drop-down arrow next to the server name.

5. Here, click on the Leave Server option highlighted in red.

6. Confirm the action by clicking on the Leave Server option in the pop-up, as shown. 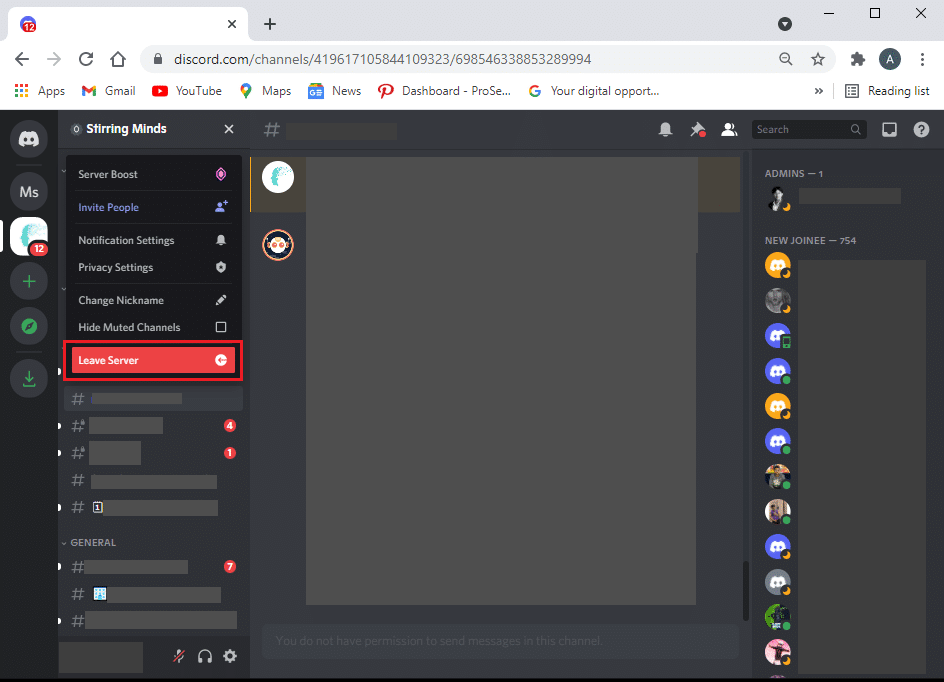 7. You will notice that you can no longer view that server on the left panel.

Also Read: How to Completely Uninstall Discord on Windows 10

How to leave a Discord server on Android

Note: Since smartphones don’t have the same Settings options, and they vary from manufacturer to manufacture hence, ensure the correct settings before changing any.

Here is how to leave a discord server on an Android phone:

1. Open the Discord mobile app on your Android smartphone.

3. Tap on the three-dotted icon next to the server name to access the menu.

4. Scroll down and tap on Leave Server, as shown below. 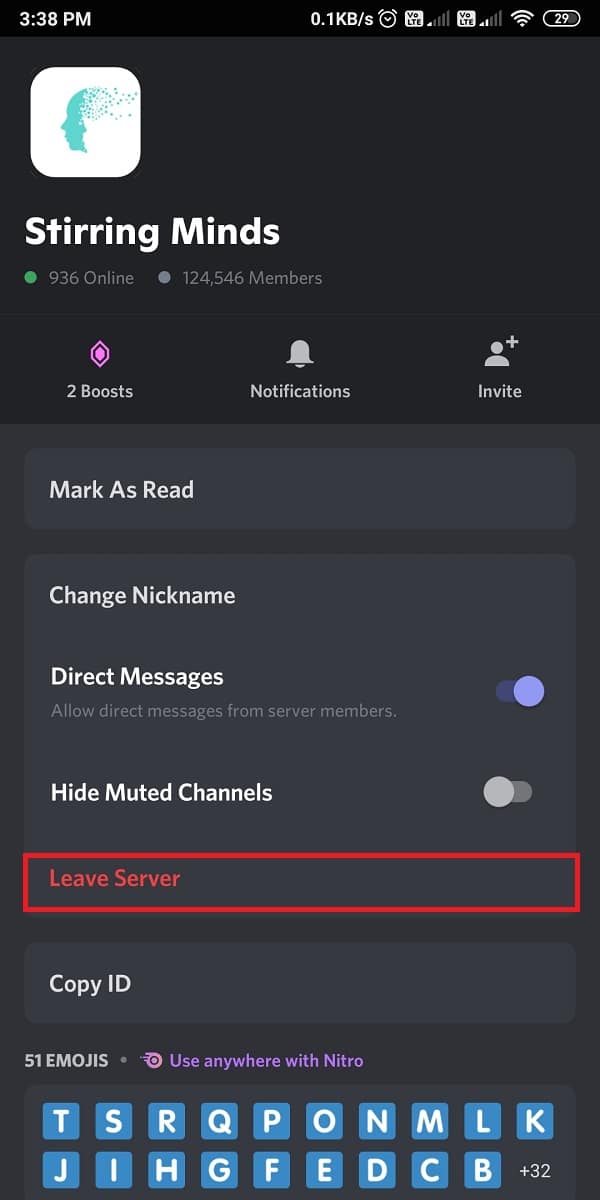 5. In the pop-up that appears, select the Leave Server option again to confirm it.

6. Quit as many servers as you want by repeating the above steps for individual servers.

Moreover, the steps to leave a Discord server on an iOS device are similar to those on Android devices. Thus, you can follow the same steps for corresponding options on iPhone.

How to leave a Discord server you created

It may be time to dissolve a server you had created because:

Read below to learn how to leave a Discord server you made on different gadgets.

1. Launch Discord and login if you aren’t already.

2. Select your server by clicking on the server icon from the panel on the left.

3. Click on the drop-down menu next to the server name, as shown. 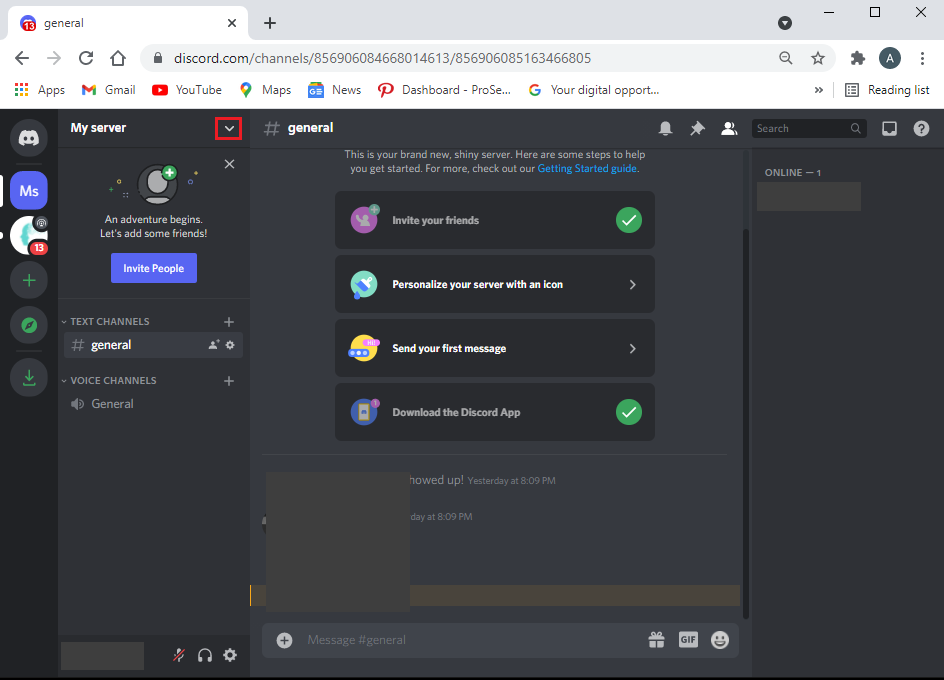 4. Go to Server Settings, as shown below. 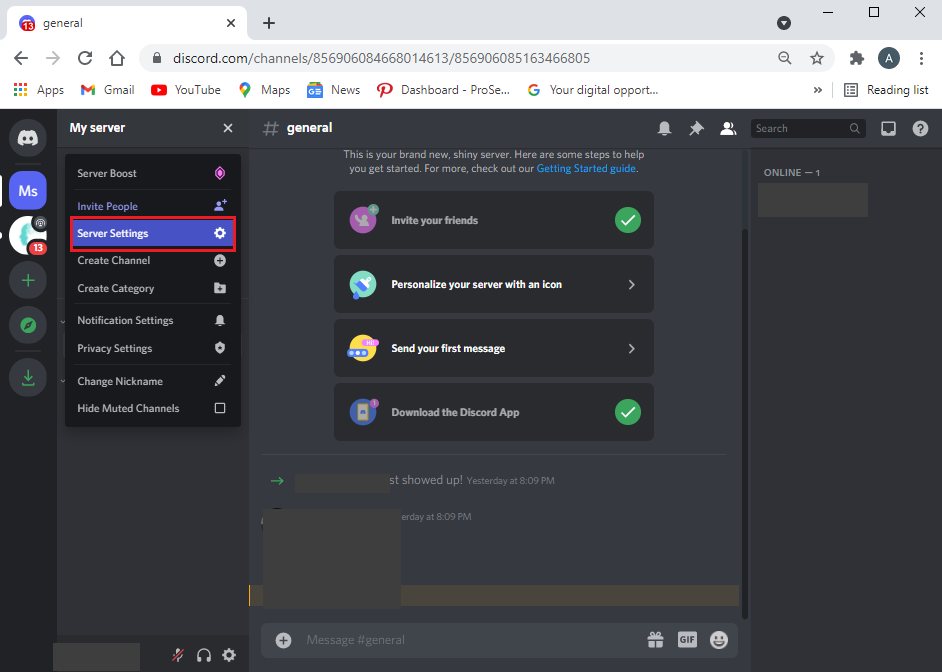 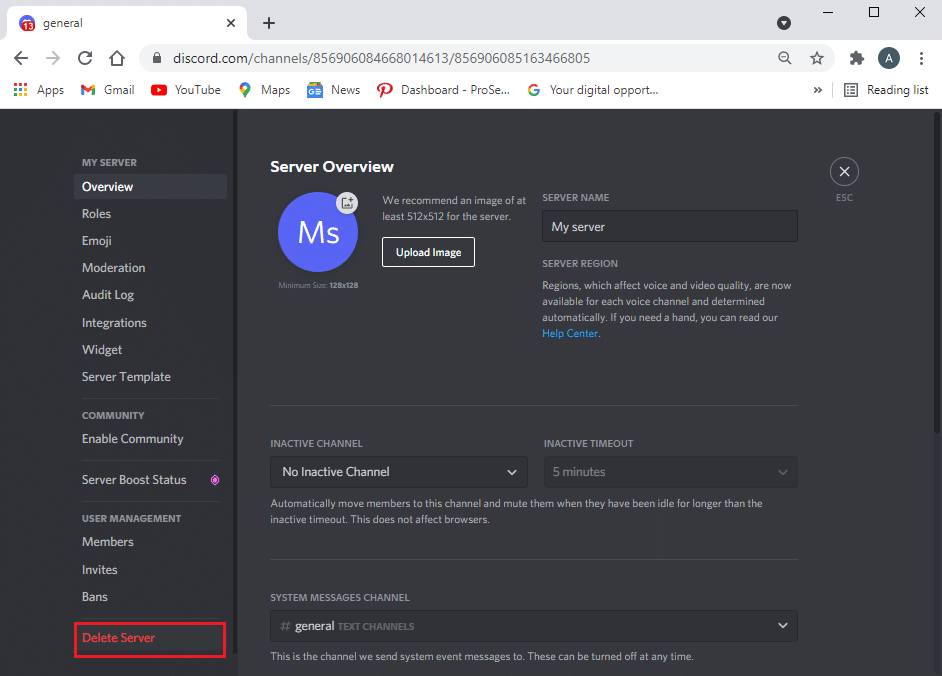 6. In the pop-up window that now appears on your screen, type the name of your server and again click on Delete Server. 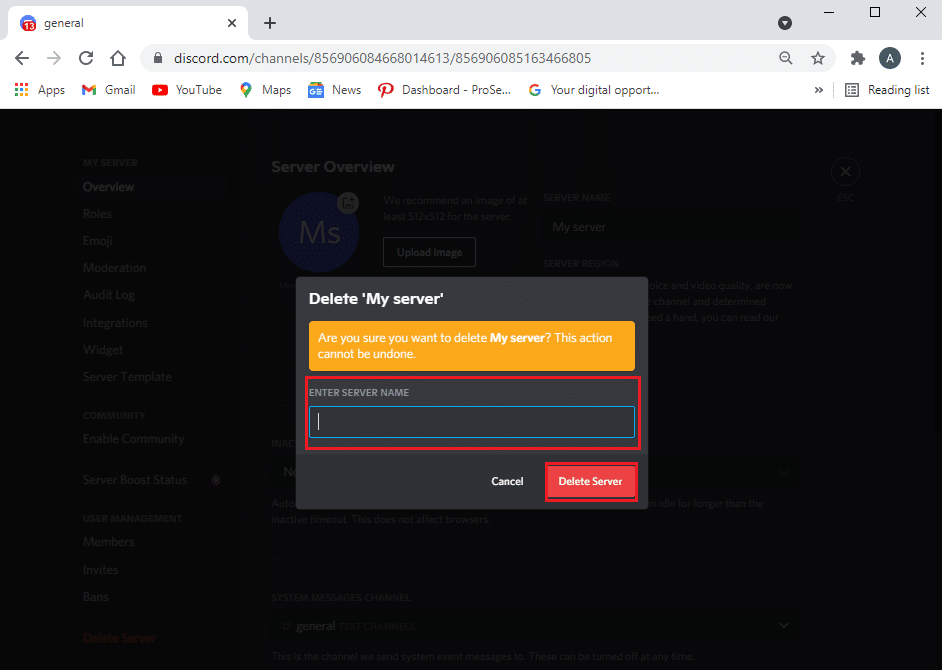 The steps are pretty similar for both iOS and Android devices; hence, we have explained the steps for an Android phone as an example.

Here is how to leave a server you created on your Android phone:

2. Open your server by tapping on the Server icon from the left pane.

3. Tap on the three-dotted icon next to the server name to open the menu. Refer to pic below. 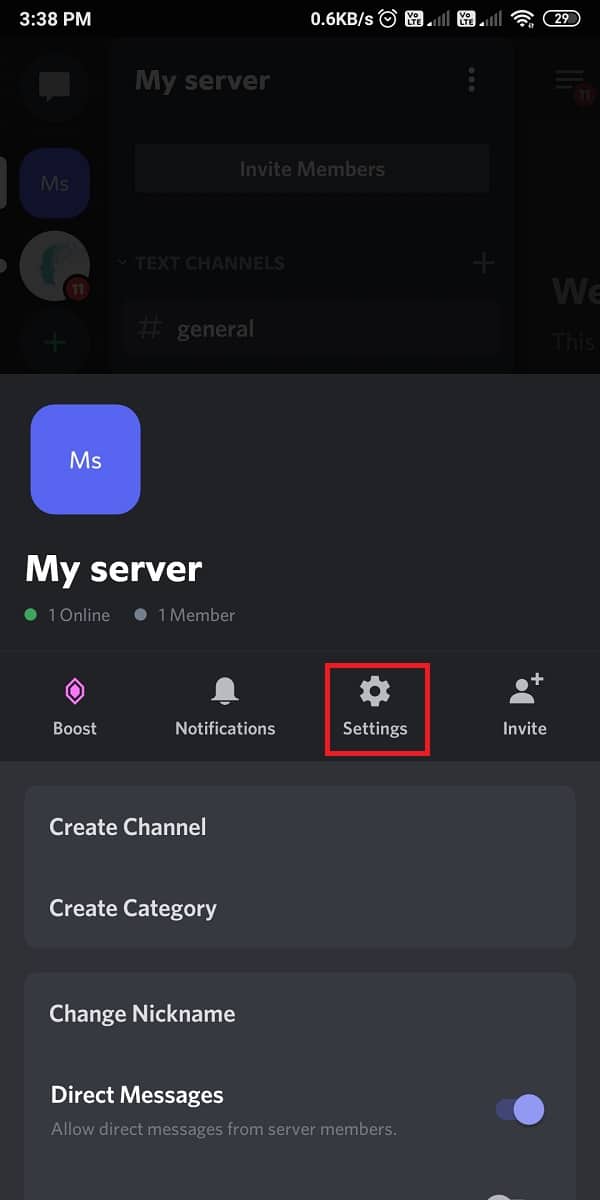 5. Here, tap on the three-dotted icon next to Server settings and select Delete Server.

6. Finally, tap on Delete in the pop-up confirmation box, as depicted below. 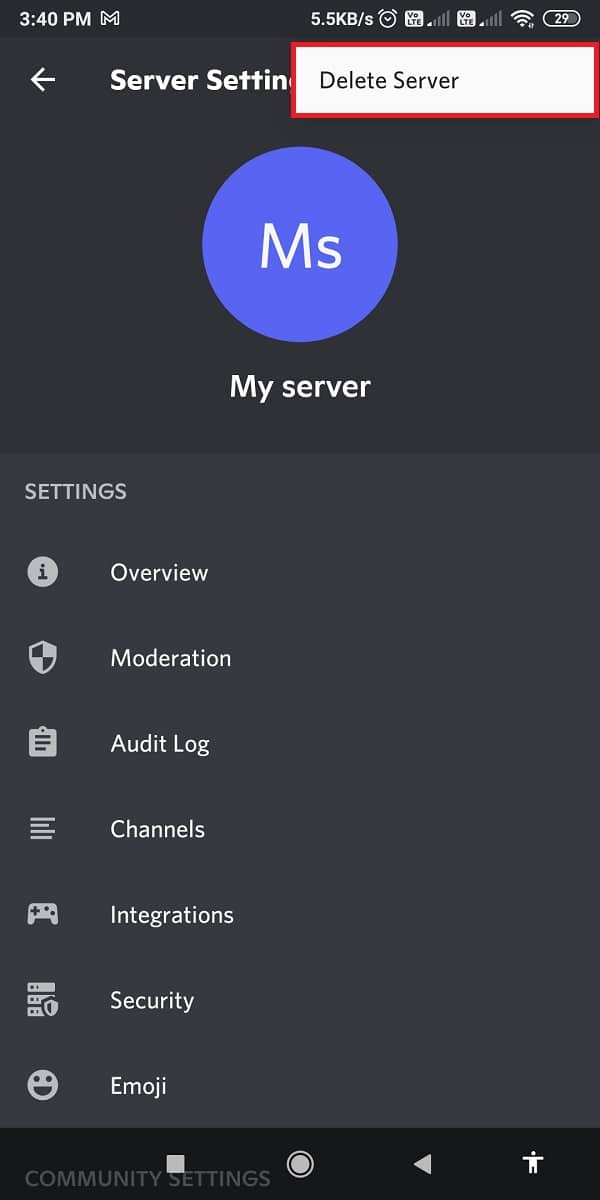 We hope our guide on how to leave a discord server was helpful, and you were able to remove yourself from unwanted discord servers. If you have any queries/suggestions, let us know in the comment section.

Published on 21 hours ago 4 min read

Published on 22 hours ago 5 min read

Published on 23 hours ago 7 min read