Snapchat is one of the top-rising social media platforms in the world. It allows the users to send and receive text messages and automatically-deleting photos called Snaps. You can also upload stories and locate your Snapchat friend’s live locations on a Snap map. Snapchat has been extremely popular among youngsters. But have you ever wondered how can your account be permanently banned from Snapchat? Or does Snapchat delete reported account without any checks? And is it true that Snapchat tell who reported you? If you are someone looking for the answers to these queries and more information regarding Snapchat, stay tuned till the end of this article. We are bringing you a helpful guide that will resolve all of your queries and will also tell you how many reports to get banned on Snapchat in detail. 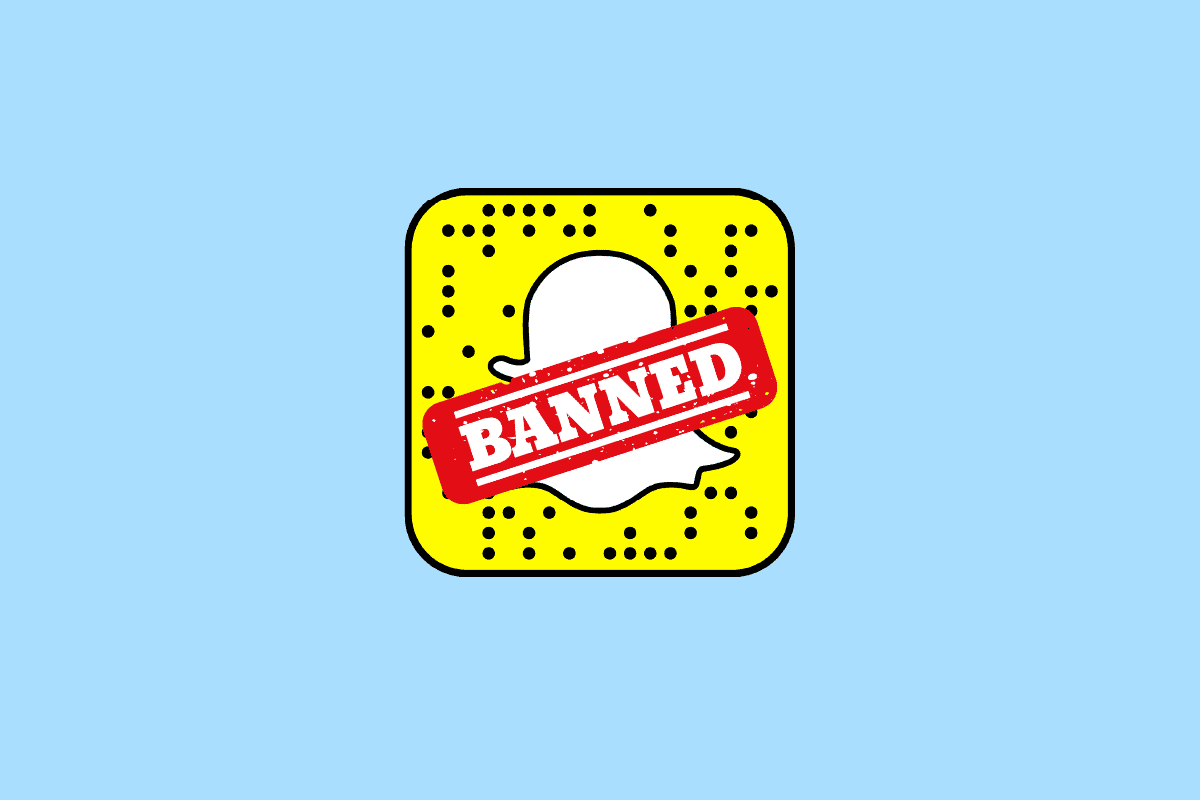 How Many Reports to Get Banned on Snapchat

Keep reading this article further to find out how many reports to get banned on Snapchat in detail with the answers to all other related questions.

How Many Reports Does It Take to Close a Snapchat Account?

Almost all social media platforms perform the moderation processes according to user behavior.

Therefore, a ban on your Snapchat account is not only based on a certain amount of reports. Instead, it is based on the number of reports and the seriousness of your violations of the community rules.

How Long Does It Take for Snapchat to Delete a Reported Account?

Usually, Snapchat administrators take action against the reported account within 24 to 48 hours. If Snapchat’s team of moderators considers the reported offense as a violation of their community guidelines, they have the right to delete the reported account. And if necessary, they may also permanently ban that account from the platform.

What Happens If You Get Reported Once on Snapchat?

If you get reported once on Snapchat, your Snapchat profile will be examined by a team of moderators to confirm whether you have violated any of their community guidelines or not. Below are the consequences listed according to your offense severity:

Also, Snapchat does not tell who reported you as the reports submitted to Snapchat are anonymous. But these reports can get your Snapchat account banned.

What Gets You Banned on Snapchat? 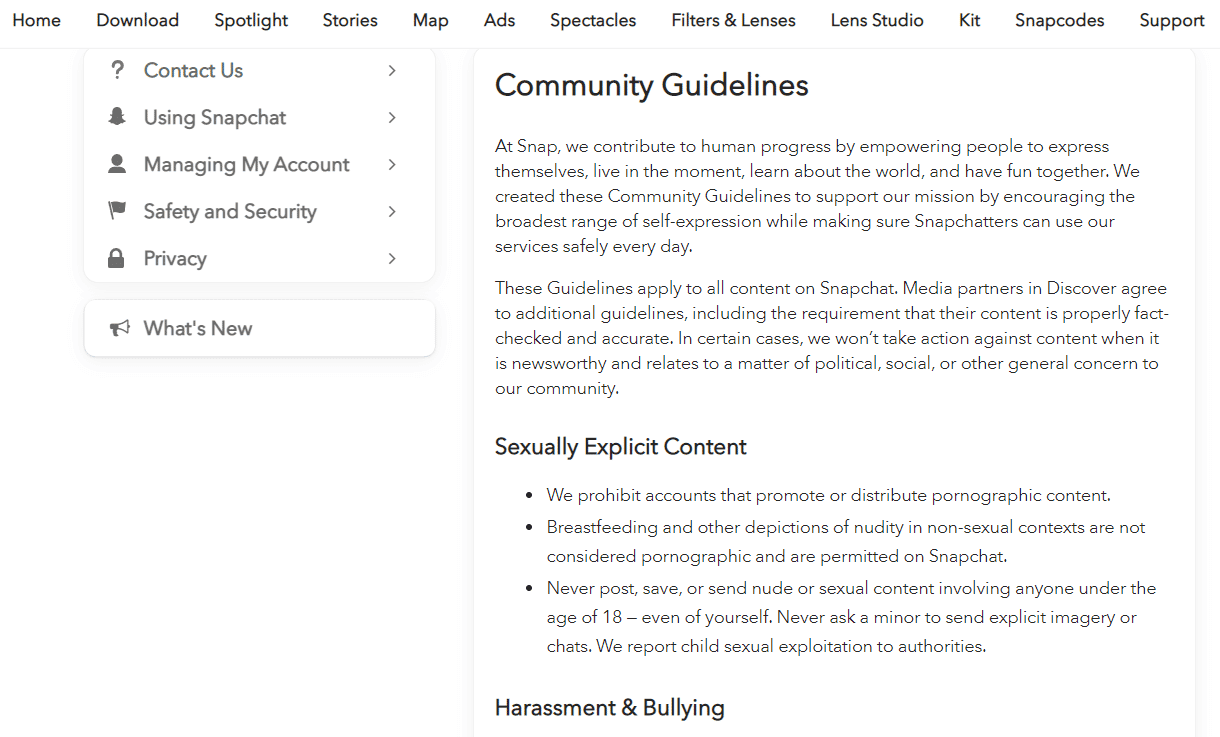 Below are a few activities that can get your account banned from Snapchat:

1. Using Snapchat through Third-party Apps or Websites: Using third-party apps or websites to access your Snapchat account might have some benefits, like providing you with extra features and functionality. Some might even let you take a screenshot of Snaps without letting anyone know. These third-party apps or plugins are tempting, but you should avoid them, as they are strictly prohibited and may result in account suspension. After initially locking your account for 24 hours, Snapchat may permanently ban it if you use any unapproved third-party apps again.

2. Posting Offensive Content: Sending or asking anyone for sexually explicit Snaps or messages could lead to a ban on your Snapchat account because accounts that promote or spread sexually explicit information on Snapchat are forbidden. Asking someone under the age of 18 years for any sort of inappropriate chats or Snaps is even worse and could lead to a potential permanent ban. Snapchat will also report you to the law enforcement authorities.

3. Using a Fake Account: Using a fake Snapchat account or trying to pretend to be someone you’re not, and reports about you making an effort to mislead others about who you are can lead to getting your Snapchat account banned.

4. Spreading Hate: Like most social media platforms, Snapchat also tries to prevent any sort of false information that could hurt others and spread hate. But if you share messages and pictures that defame or encourage violence or discrimination on the grounds of race, ethnicity, national origin, religion, or other factors, there are high chances that Snapchat will impose a permanent ban on your Account.

5. Sharing and Promoting Illegal Activities: Performing or spreading information related to criminal activities or influencing someone to perform an illegal activity on Snapchat may lead to a permanent ban on your Snapchat account.

Also Read: How Many Times Can You Get Banned on PS4

Why are People’s Snapchat Accounts Getting Deleted?

The main reasons why people’s Snapchat accounts are getting deleted are they have sent or asked someone for sexually explicit Snaps or messages, been spreading hate or spam messages, or have violated Snapchat’s community guidelines. There can be further explanations for Snapchat deleting your account.

How Can You Get Permanently Banned from Snapchat?

These are a few activities on Snapchat you should never try and reports about these activities can get you permanently banned from Snapchat. Below are those activities:

Also Read: How to Tell If Someone Deleted Their Snapchat Account

Does Snapchat Tell You Who Reported You?

No, there is no way Snapchat will tell who has reported you because every report is anonymous.

Can Snapchat See Your Snaps?

Yes, if someone has reported your Snap to Snapchat, they have the right to see it to determine the offense severity. Snapchat is a social media platform that prioritizes the privacy of users. So, Snapchat users should be aware that there are certain exceptions when the moderators can access and see your reported Snaps or messages.

Can Snapchat See Your Camera Roll?

Yes. Snapchat needs to access your camera roll for you to upload pictures and videos, and send snaps to your friends, as mentioned in the Snapchat Privacy Policy. 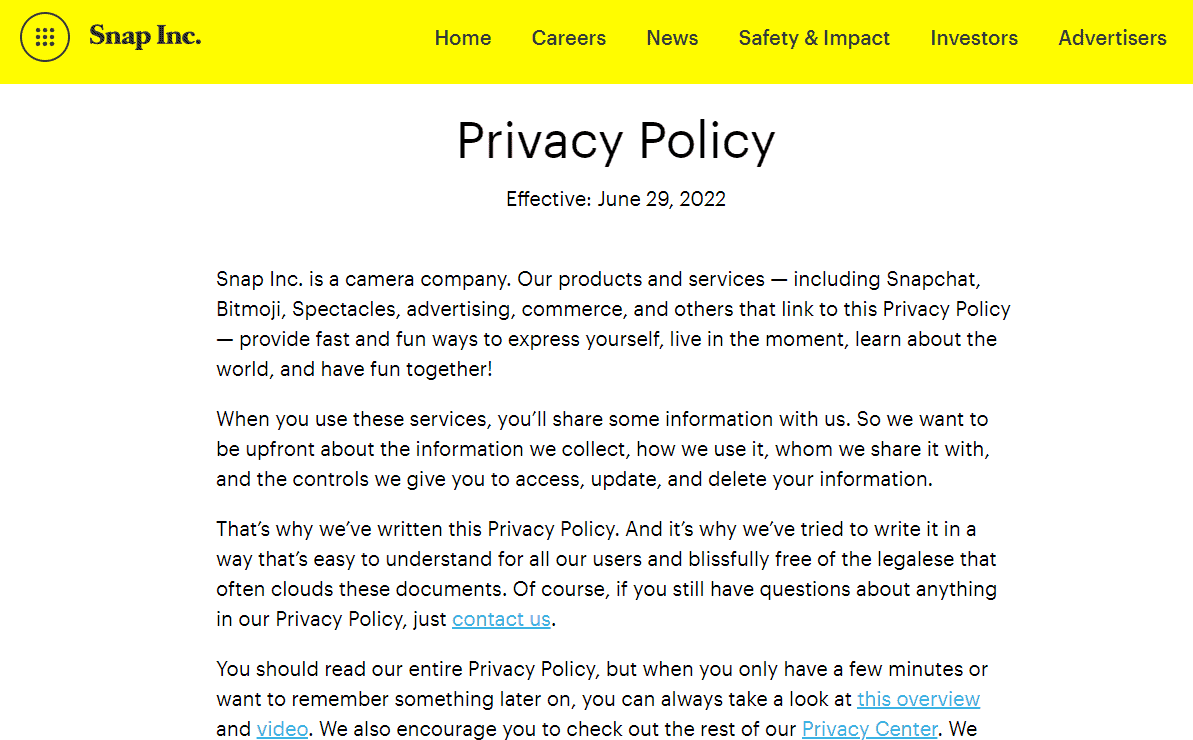 Yes, Snapchat is end-to-end encrypted, but not completely. Snapchat does not use the same encryption for text messages as it does for other types of messages. It could be challenging to fully understand what happens to your messages after they reach Snap’s servers because Snapchat has not mentioned anywhere which encryption it uses.

So, we hope you have understood how many reports to get banned on Snapchat and what activities get a Snapchat account banned. You can let us know any queries about this article or suggestions about any other topic you want us to make an article on. Drop them in the comments section below for us to know.