Gang Beasts is a very popular party game with great graphics and tasks. People enjoy executing a headbutt in this multiplayer game as it is always high-risk, giving them the thrill. Everyone likes to win, and this game is about winning with action, which gives an adrenaline rush to the players. This article is about controls on Gang Beasts, including the steps on how to throw people in Gang Beasts. Also, you will get to learn about how to drop people in Gang Beasts on a PlayStation or Xbox and how to do cool Gang Beasts tricks. 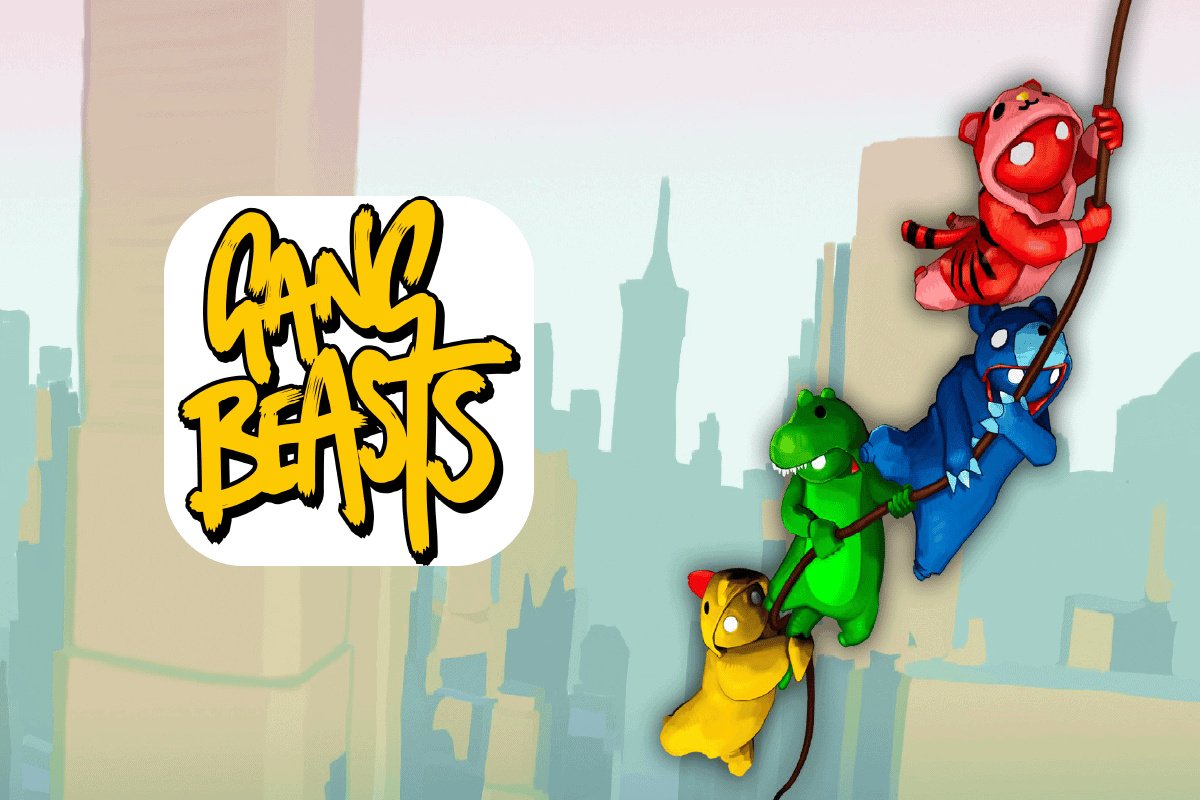 How to Throw People in Gang Beasts

Keep reading further to find the steps explaining how to throw people in Gang Beasts on PS4 and Xbox in detail.

What are the Controls on Gang Beasts?

Let’s see some of the controls on Gang Beasts:

Note: The following controls on Xbox apply to the console and the Xbox controller on your PC and any other device.

On top of these controls, you can also use the D-Pad to change your camera angle. The RT is also used to switch your focus when you are spectating.

How Can You Do Cool Gang Beasts Tricks?

There are a lot of tricks to play on Gang Beasts. Some of the most famous ones are listed below:

Note: Below mentioned control buttons are for Xbox controllers.

1. Drop Kick: To perform this, the players simply have to jump and kick while still in the air with the A and X control buttons. This way, their opponent will get a foot in the face of the enemy, and they will have less time to react back.

2. Slide: It is a fun mode to fight. It is most effective on slippery surfaces like sheets of ice. Here you have to slide with the controls while you hit your opponent.

3. Dirt Feeder: In this, the players grab their opponent by the legs. If their opponent’s costume has a tail attached this becomes even more helpful. Once you grab them, try to lift them (Y) so they’re hanging upside down, and simply let go of the lift button (Y) to slam them on the ground.

4. The Climb Leap: This process is very easy and quick than the others. Here you have to grab onto a wall with both your hands and repeatedly jump up the wall by double-tapping on the jump button (A). This way you can pull off faster and attack with more self-protection.

5. Headbutt: During this, the players must grab (RB) each of their opponent’s shoulders. It is a tricky practice because the characters in Gang Beasts have small shoulders, and it gets difficult to get ahold of them. However, once you get ahold of the right place you just have to give a headbutt (B), and down they go.

How to Throw People in Gang Beasts?

To know how to throw people in Gang Beasts, follow these upcoming steps:

1. Press the punch buttons (L1 + R1/LB) on your controller (PS4/Xbox) to grab your opponent with both hands.

2. Then, you need to hold the Lift button (Triangle/Y) on your controller to lift people in the game.

3. Lastly, release the all buttons together to throw your enemy.

Note: The throw range in the game is pretty short. So, you should run and jump while throwing your target for farther range. Also, stretch your fingers across the buttons as much as you can to get a better hold and then throw.

How Can You Drop People in Gang Beasts on PlayStation?

Follow the below-mentioned steps below to learn how to drop people in Gang Beasts on PlayStation:

2. Press-hold the Triangle button on your controller to lift the people.

3. Finally, release all the buttons to drop or throw them as far as possible.

Also Read: When is Sombra Coming to PS4?

How Can You Throw People in Gang Beasts on Xbox?

Below are the steps learn how to drop people in Gang Beasts on Xbox:

1. Press-hold the LB or RB button on your Xbox controller to grab people in Gang Beasts.

2. Proceed to press-hold the Y button to lift the people.

3. Then, release all these buttons at once to throw people.

Note: Having a good momentum will be helpful to throw them to a high range while releasing.

How Can You Punch Hard in Gang Beasts?

To punch hard in Gang Beasts, press the L1 or R1 button on PS4 controller and LB or RB button on Xbox controller.

How Can You Do a Backflip in Gang Beasts?

To do a backflip, you can use the following buttons:

How Can You Do a Handstand in Gang Beasts?

Let’s see how you can do a handstand in Gang Beasts on PS4 and Xbox.

Option I: For PS4

1. Firstly, press and hold the O button on your PS4 controller.

3. Press the X button to do a handstand.

1. Press-hold the B button on your Xbox controller.

2. Press the LB + RB buttons together.

3. Lastly, press the X button to keep the legs up to complete a perfect handstand.

What Button is Kick in Gang Beasts?

In Gang Beasts, the kick tab is represented by the Square button. You can press this button (don’t hold it) to kick in Gang Beasts on the both PS4 and Xbox consoles.

How Can You Instant Knockout Gang Beasts?

To give an instant knockout in Gang Beasts, you must have a large momentum upon impact as more HP is taken away. Each player always has a set amount of HP. Hitting the head takes away most of the HP. Hence, you must keep in mind which body part you are hurting. Also, every attack does not do the same amount of damage. Kicking caused the least amount of damage, while dropkicking is the strongest and causes most of the damage. Every other attack is also hurtful and falls in between kicking and dropkicking.

How Can You Wake Up Fast in Gang Beasts?

There is no such clear method to wake up fast in Gang Beasts. But one of the tested steps says pressing the mashing buttons, especially the jump button or the other movements can help you wake up slightly faster.

Note: With each knock down, the wake-up time increases. The more you get knocked down the more time it will take for you to recover.

So, we hope you have understood the controls on Gang Beasts for Xbox and PS4 and how to throw people in Gang Beasts with detailed steps to your aid. You can let us know any queries or suggestions about any other topic you want us to make an article on. Drop them in the comments section below for us to know.