Whenever you think about web browsers, Chrome is the only name that strikes you. Certainly, most devices have Chrome as a default browser. If you are interested in a browser that emphasizes securing your online privacy, you are at the right place. The web browser we are mentioning here is Brave. This article will be about the comparison between Brave and Chrome. Apart from that, you will also read various aspects like Brave vs Chrome ram, Brave vs Chrome privacy, and many more. Let’s proceed further to discuss about is Brave safer than Chrome. 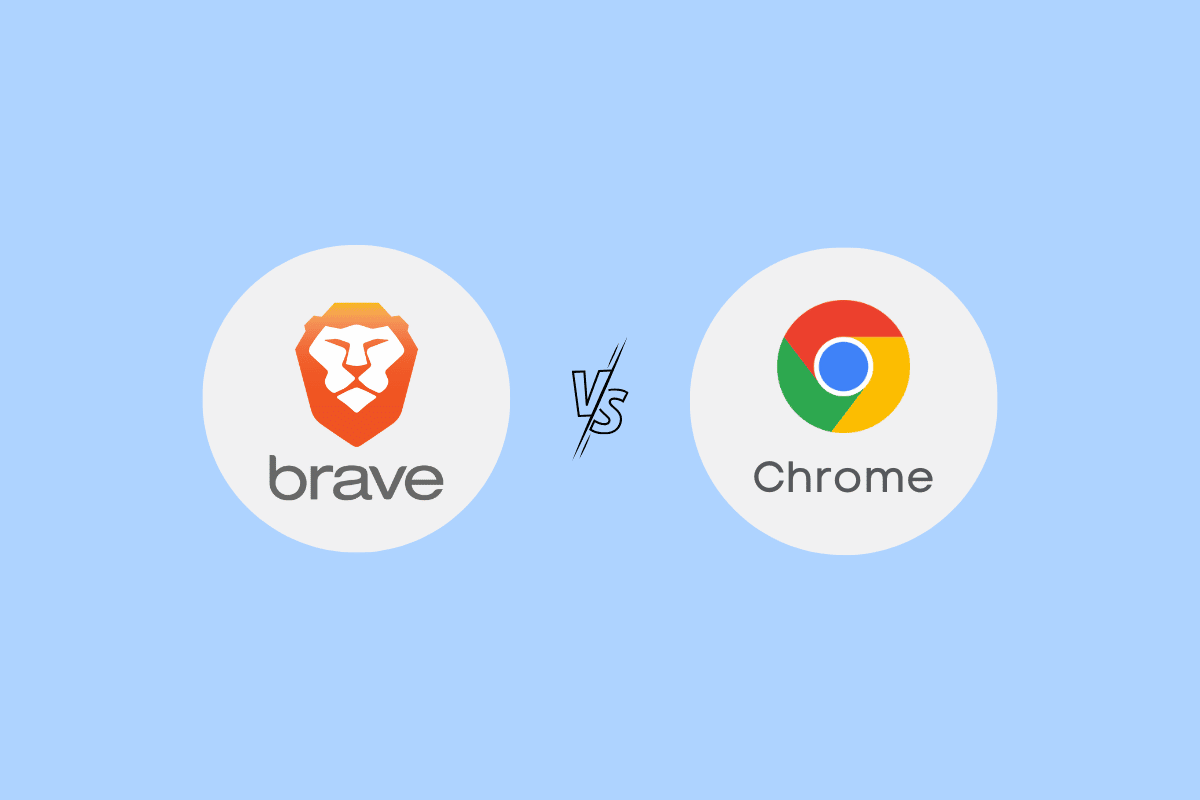 Brave vs Chrome: Which is Better Browser?

Here, we have shown about Brave vs Chrome RAM usage, privacy, which is faster and safer web browser in detail. 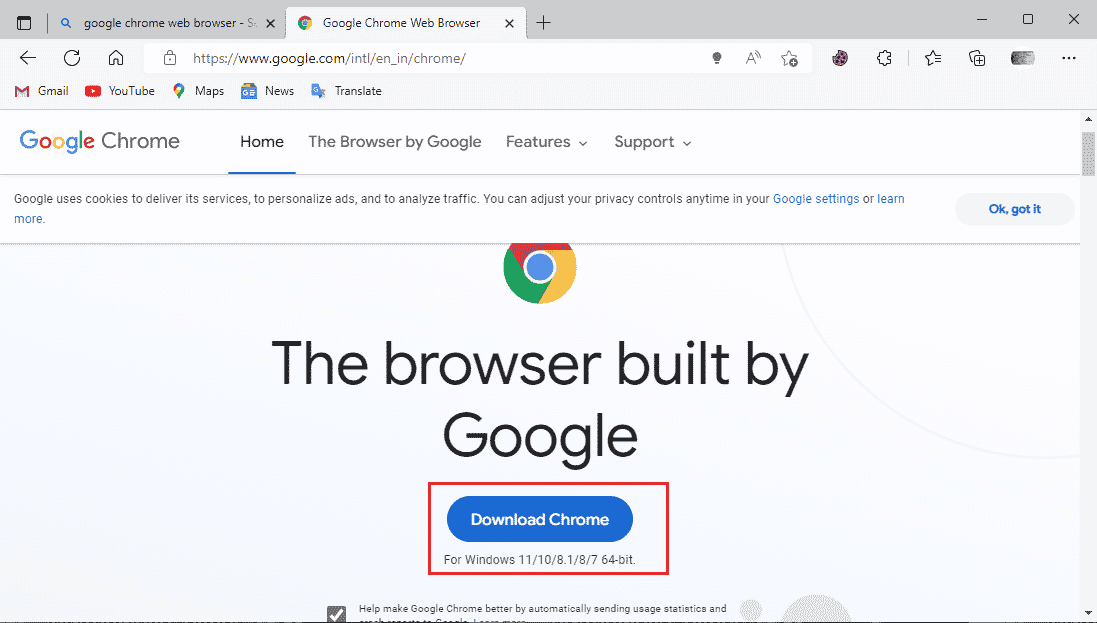 Chrome is an open-source browser made of chromium that you can use to browse the internet. It was launched in 2008. It is one of the most popular browsers you will find pre-installed on most devices. It is one of the fastest and most efficient browsers. This browser has many features like adding an extension, browsing in incognito mode, and many more. 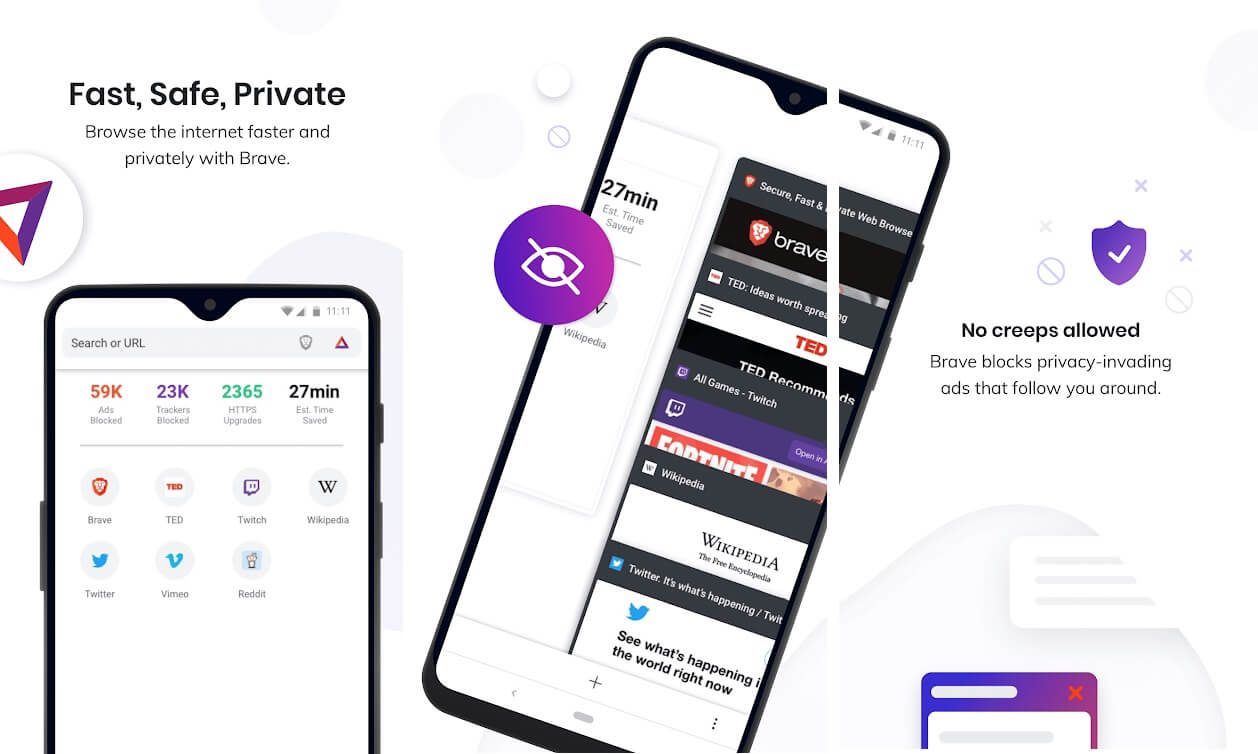 Brave is a web browser developed by the Brave software. Just like the other browsers, it allows users to navigate through websites, use web apps, and upload content. It primarily focuses on securing online privacy. It is claimed to be efficient and faster than the other browsers. It can also be used on both mobile and desktop. You can easily download the browser from the official website and use it for free. Brave is made of Chromium, which is the basis of Chrome. Therefore it looks similar to Chrome. Read further to see if Brave is better than Chrome. Let’s get started with the Brave vs Chrome similarities.

The similarities between Brave and Chrome browsers are listed below:

As both browsers are built on the same architecture, they look similar. You can find the same menu options. However, there are differences here and there, like the size of the address bar. The address bar of Chrome is bigger than the address bar of Brave. You can also find how options like a bookmark, home, and others have been aligned. Besides that, on the homepage Brave browser displays data regarding the blocked ads, data, time saved, and Brave reward. If such details bother you, you can use Chrome. If not, you can also consider other factors like Brave vs Chrome privacy and Brave vs Chrome RAM usage. This was all about the user interface of Brave vs Chrome. Next, we will see how they differ in terms of privacy.

There is no point in the comparison, as we already know that the primary focus of the Brave browser is to ensure the users’ online privacy. Therefore, the browser uses the popular Tor Browser as a built-in privacy window. It hides your IP address from the ISP, which does not work with the incognito mode of Chrome. It also provides you with an in-built ad blocker that prevents pop-up ads. Brave works well with getting rid of third-party cookies and trackers. It also consists of an automatic tracking feature similar to the Firefox and Edge feature, called the Brave Shields.

On the other hand, Chrome works like a decoy on all devices by collecting all possible data and using it to advertise ads in the best ways possible.

As mentioned earlier, Brave is based on Chromium; therefore, it consumes RAM but not as much as Chrome. Chrome is popularly known for its huge consumption of RAM. To put it right, it can be said that Brave uses RAM three times less than Chrome. No matter, brave uses less RAM, but it uses more CPU. You can overcome this drawback of Brave by manipulating the shield settings on the browser. Even though both browsers are based on the same architecture, their RAM usage differs as they do not function similarly. To be precise, Google, other than providing browsing space, also does much more, like tracking all data inputs and outputs. With Brave, the scenario is entirely different; no such functions are going on behind the scenes. As a result, you, Brave, utilize less RAM the Chrome. Thus this was all about Brave vs Chrome RAM usage. Let’s move further to see Brave vs Chrome faster.

Brave is claimed to open quickly and restore the previous tabs much faster than Chrome. It is because of the extension feature provided by Chrome. Let’s take into consideration privacy itself. As you have read earlier, chrome works with incognito mode for privacy, but Brave consists of an inbuilt private window. Therefore, Brave works faster in comparison to Chrome. Besides that, Brave also has ad blockers that allow webpages to load quickly, whereas Chrome consumes a little more time by loading the ads. These are the reasons why you should choose Brave over Chrome in terms of speed.

Also Read: How to disable cache in Chrome developer tools

While considering ads, there are two different features that play a vital role. Both of these features are listed below. Further in the article, you will also see whether is Brave safer than Chrome.

While Chrome uses ads to generate income, Brave completely blocks off third-party ads and ad trackers with an in-built ad blocker. They instead use the ads in the unique way possible. This feature is called the Brave rewards, which can be earned by watching Brave ads. Brave also enables users to customize ad tracking settings. However, there are no such features and options in Chrome. They only tend to use ad trackers to retrieve the users’ personal information for their database.

One of the best features of Brave is the ad blocker. With this feature, browsing with Brave is a time-saving experience as you will not have to wait for the ad to get over to start watching your favorite videos on YouTube or any other site. It also reduces the chaotic look of the website by blocking all sorts of ads. But with Chrome, there is no such feature as an ad blocker. Though you can use an extension for blocking ads.

Why Should You Choose Chrome over Brave?

Listed below are the following reasons why you should consider using Chrome in the war of Brave vs Chrome:

Why Should You Choose Brave over Chrome?

Listed below are the following reasons why you should consider using Brave in the war of Brave vs Chrome:

Difference Between Brave and Chrome Browser

Let’s have look at the differences between Brave and Chrome.

Is Brave Safer than Chrome?

Yes, Both Brave and Chrome are safe browsers that you can use to browse the internet. It consists of the best features to keep your browsing history private and helps you gain more control over your data. As listed above, the inbuilt Tor private window and HTTPS enforcer are a few of the features of Brave that you cannot find in Chrome. You will have to download and install extensions, for that matter. Therefore, you can choose the required browser based on the multiple categories listed above.

This article was all about the performance of Brave and Chrome web browsers. We hope this guide was helpful and you could learn about Brave vs Chrome. Let us know if you liked the article and got answer to your query on is Brave safer than Chrome. If you have any queries or suggestions, then feel free to drop them in the comments section below.