Sports fanatics are always enthusiastic about exciting and skillful games. Poeltl is one such game that is inspired by Wordle. Also, the game is influenced by National Basketball Association (NBA). Developed by California-based web developer Gabriel Danon, Poeltl gives the blueprint of the players and also inspires the players. Poeltl is also commonly known as NFL Wordle. If you are someone who loves to play games, especially the ones based on sports, then Poeltl game is a perfect choice for you. In our today’s guide, you will get to know everything about all-time Poeltl game. Moreover, we will also discover how to play Poeltl game NFL and what makes it different from other puzzle games. So, let us get started with this NBL players-inspired game right away. 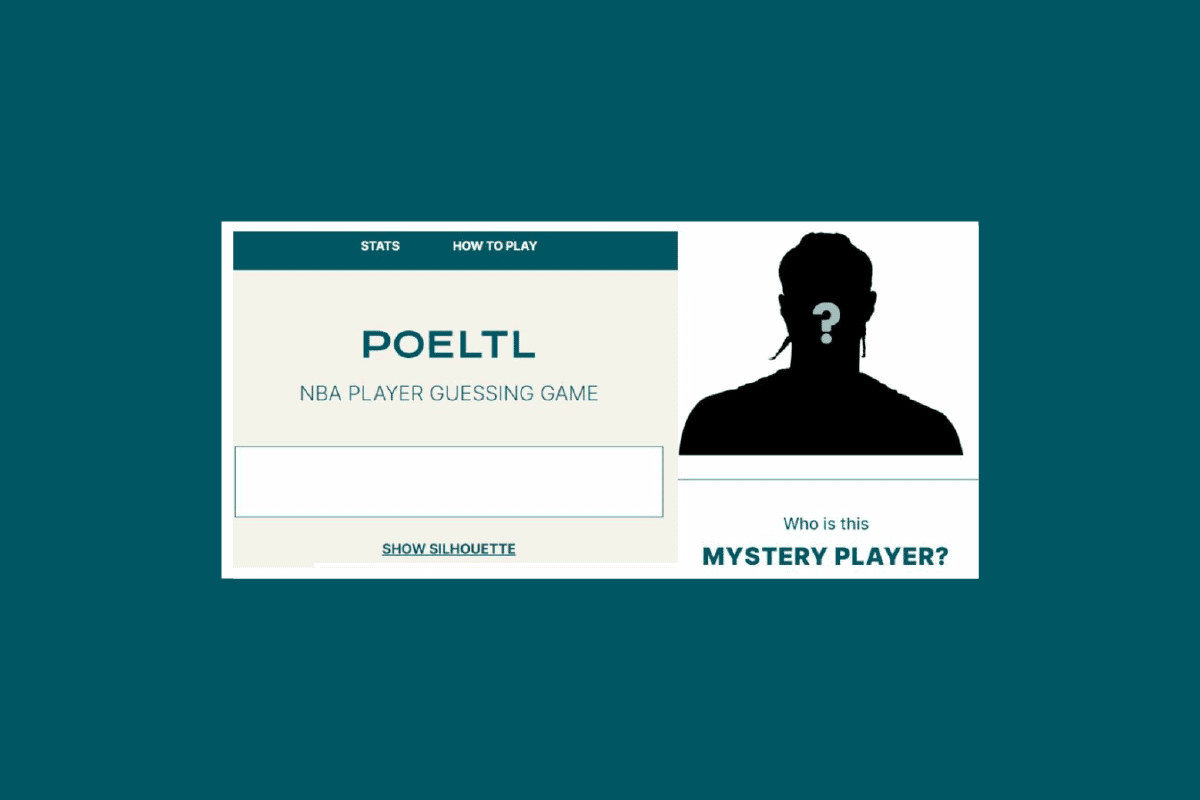 In this article we have explained about Poeltl game, tips & tricks and how to play the game in detail.

What is Poeltl Game?

Poeltl is a web-based free-to-play puzzle game that revolves around NBA players. Also, you can play this quiz game with NFL players too. There are NFL Poeltl games as well as NBA ones. It is a daily guessing game in which you have to guess the players from NBA or NFL. It is just like Wordle which is also based on daily guessing. Here are a few more points to know regarding this game.

Tips and Tricks in All Time Poeltl Game

Before you start with the game, you should know about different tips and tricks that can help you play Poeltl in a better way.

Hence, these were the tips & tricks to play all time Poeltl game.

Also Read: How to Play Swiftle

How to Play Poeltl Game

Now that you are aware of all the important features of Poeltl and tricks you can use in it, it is time to know how you can play it.

1. First, go to the official page of Poeltl. 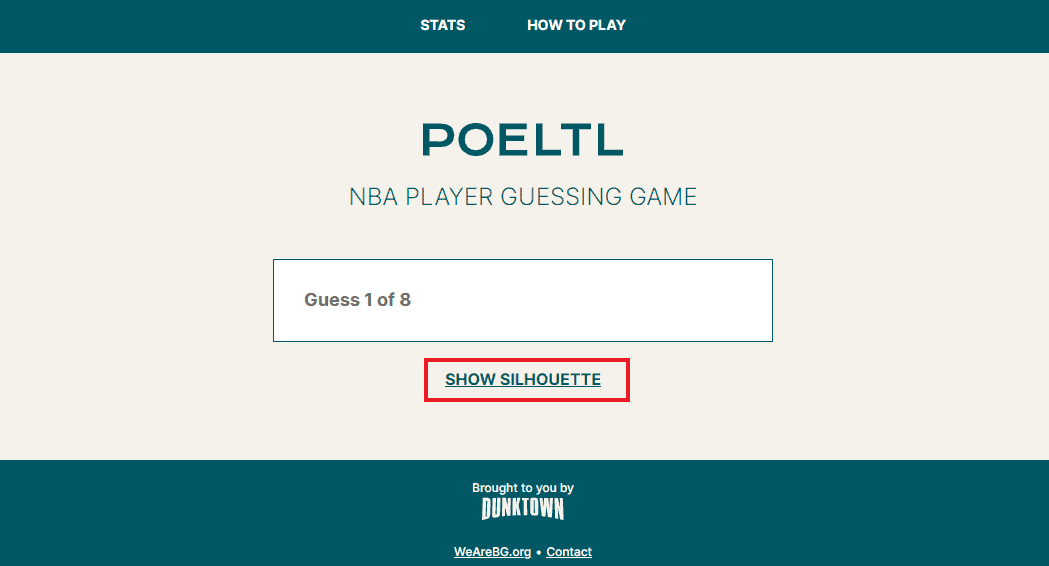 3. Once you have seen the silhouette of the player, enter their name in the box. 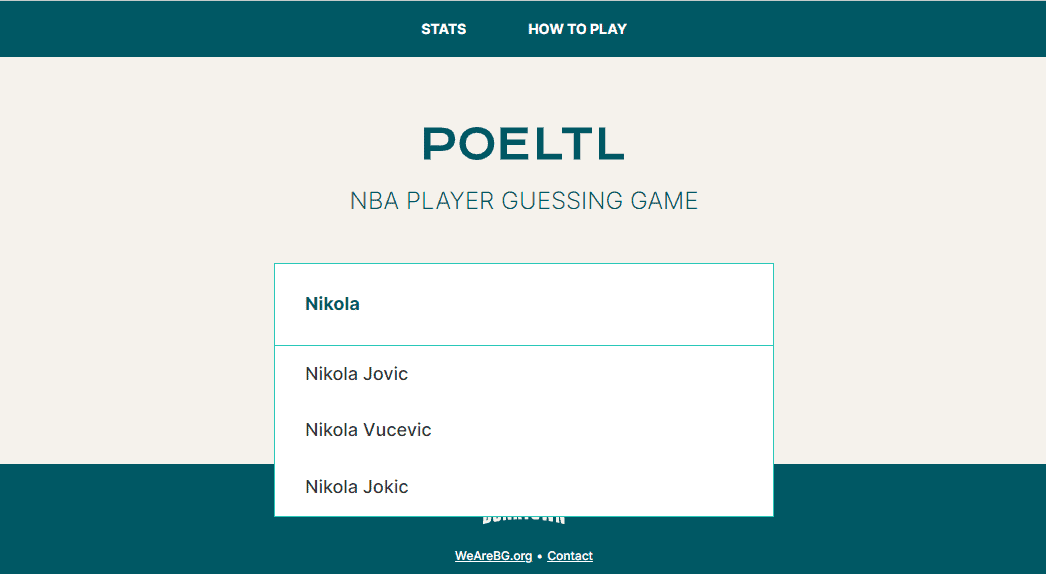 4. If any of the columns turn into green color, it indicates the correct answer to the game match.

5. If your guess is not right, you can see the details about the player including their team, conference, position, division, players’ age, height, and number. 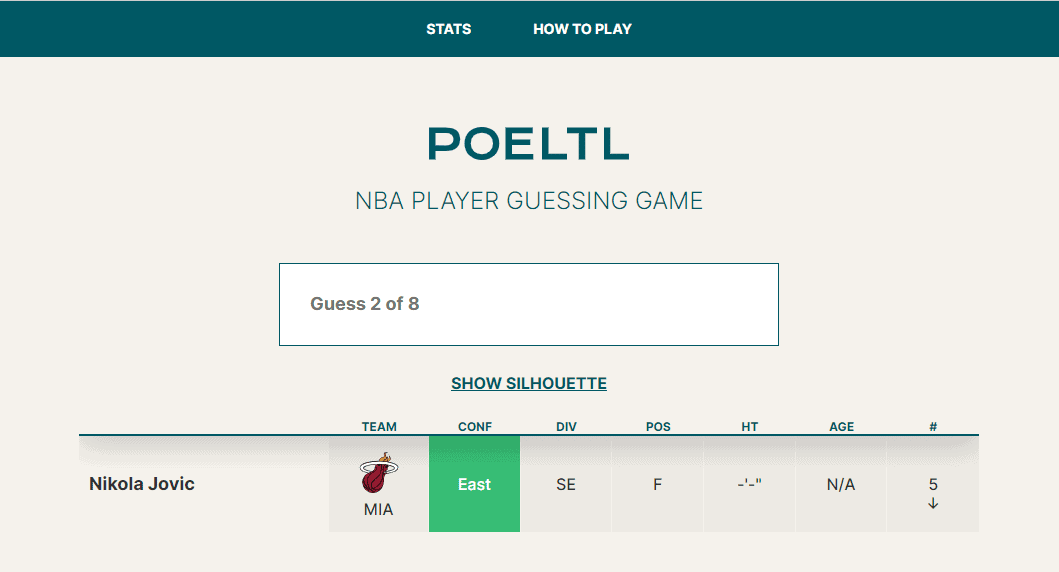 6. Now, you can take the hint and pick up the clues from the highlighted and non-highlighted player details.

7. One of the highlighted colors in Poeltl game NFL includes yellow which highlights the team for which the player has played in the past.

8. The position represents different positions that the player has played like guard, forward, and center.

9. Other columns include plus or minus two in terms of height, age, and jersey number. 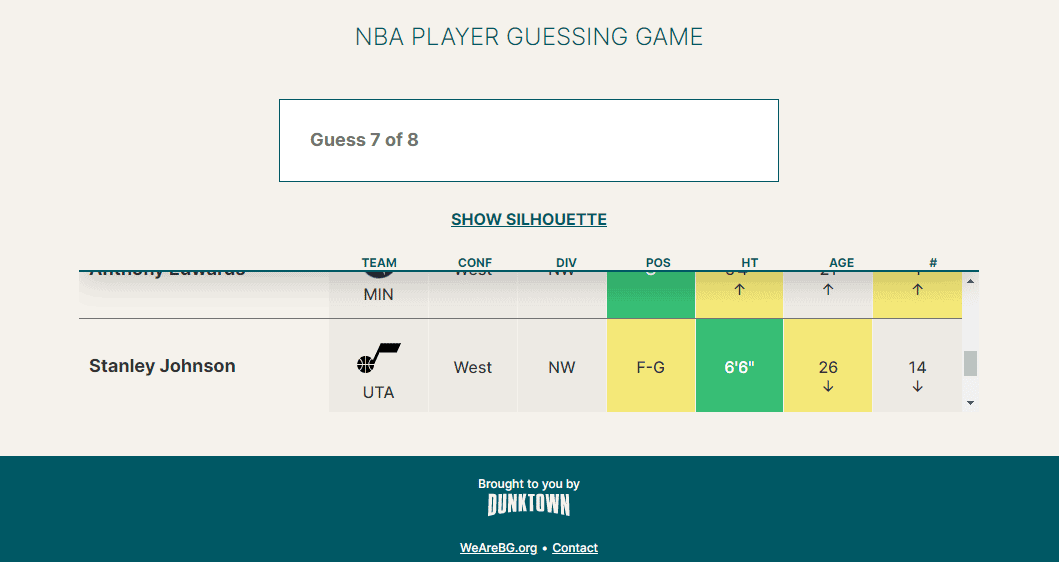 Q1. Can I play Poeltl more than once a day?

Ans. Even though you can only play Poeltl once a day there are some ways that you can try to play it more than once a day which includes playing Poeltl in incognito mode.

Q2. What does yellow in Poeltl means?

Ans. The yellow color in Poeltl indicates that the mystery player you are trying to guess has played for the team at one point but does not currently play for it.

Q3. How many total players can there be in an NBA team?

Ans. A total of 15 players can play in active roaster with replacements for injuries or poor performances in a team.

Ans. To play old the game in Poeltl, you can use a Wayback machine which keeps archives of almost all websites on the internet.

Q5. What do colors mean in Poeltl?

Ans. Colors in Poeltl indicate different scenarios. The categories of colors include green, yellow, or no color. If the displayed color is green, it means that your answer is right, yellow indicates the answer is close, and if there is no color, it indicates that the answer is completely off.

We hope that our doc on how to play Poeltl game was successful in teaching you all about the game. Let us know what part of the guide helped you the most in playing this all time Poeltl quiz game. If you have more suggestions or queries then drop them in the comments section below.