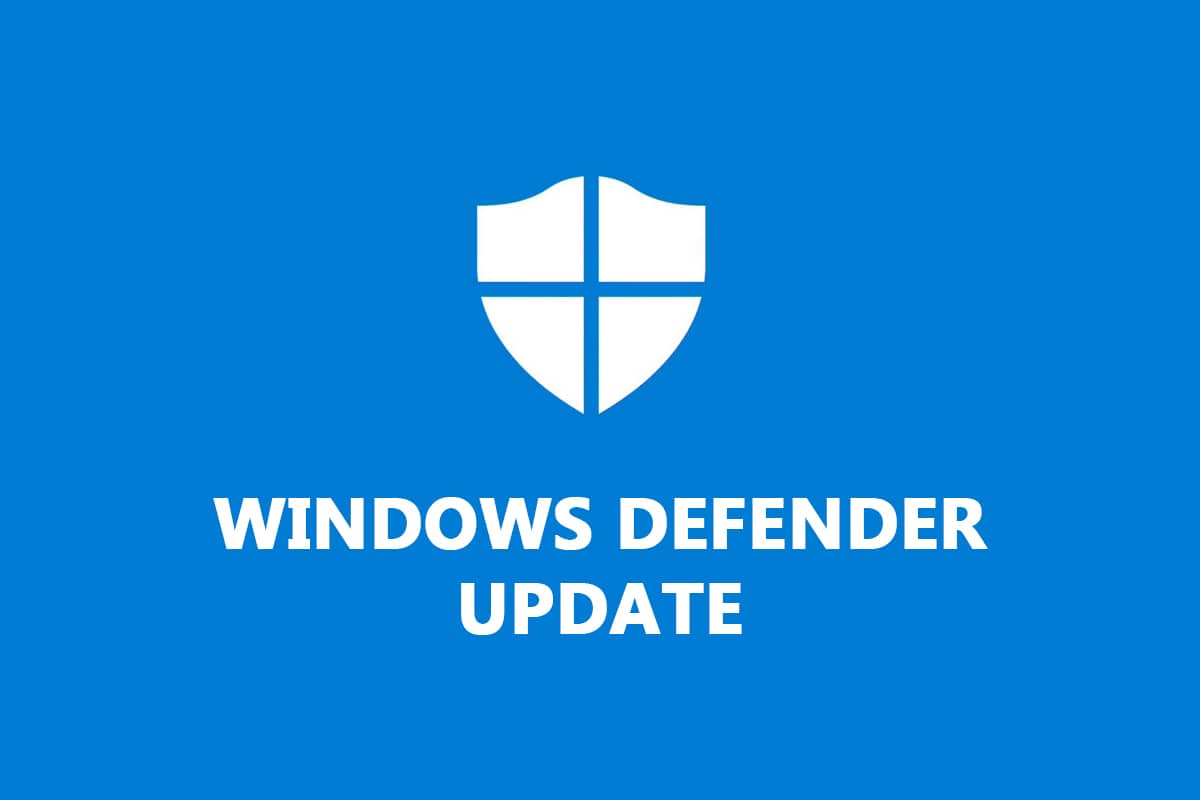 We will begin with a simple windows update as it can result in windows defender definition update and after that we will move to other methods.

Automatic updates are a convenient and quick method to keep Windows Security up to date. By default, this operation gets the most recent version and instals it on the Windows Defender Security software. To Manually Update Windows Defender, follow the steps below: 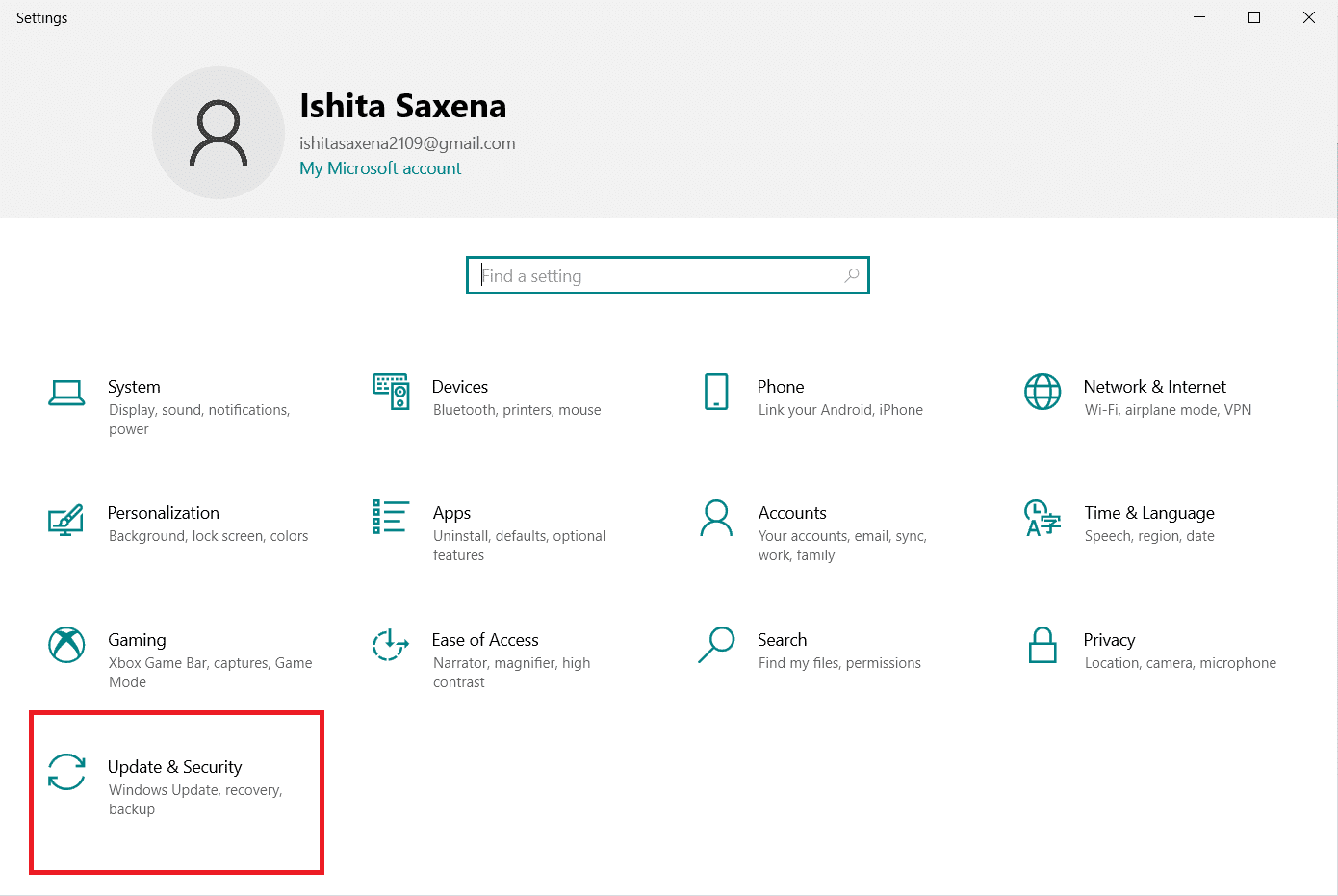 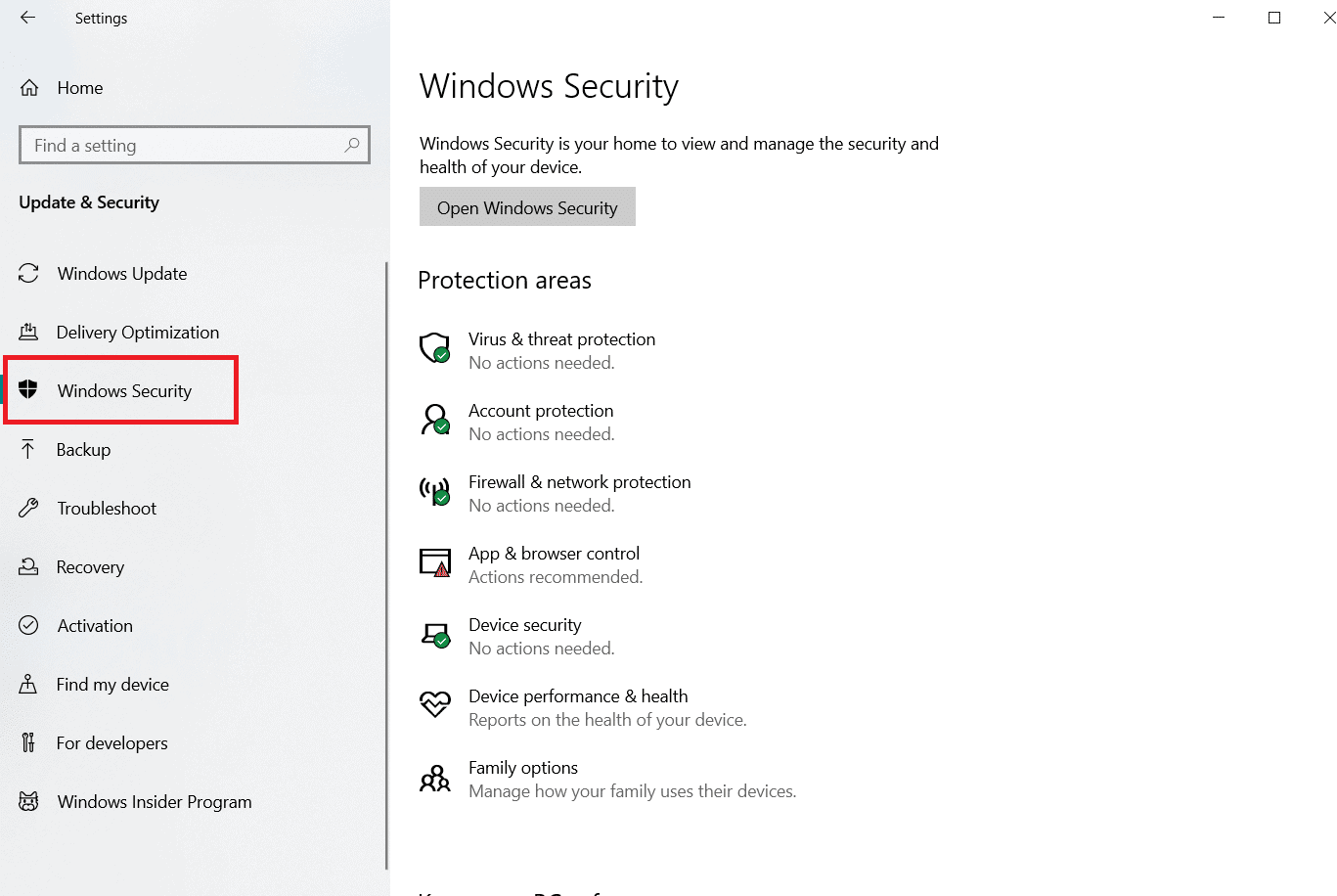 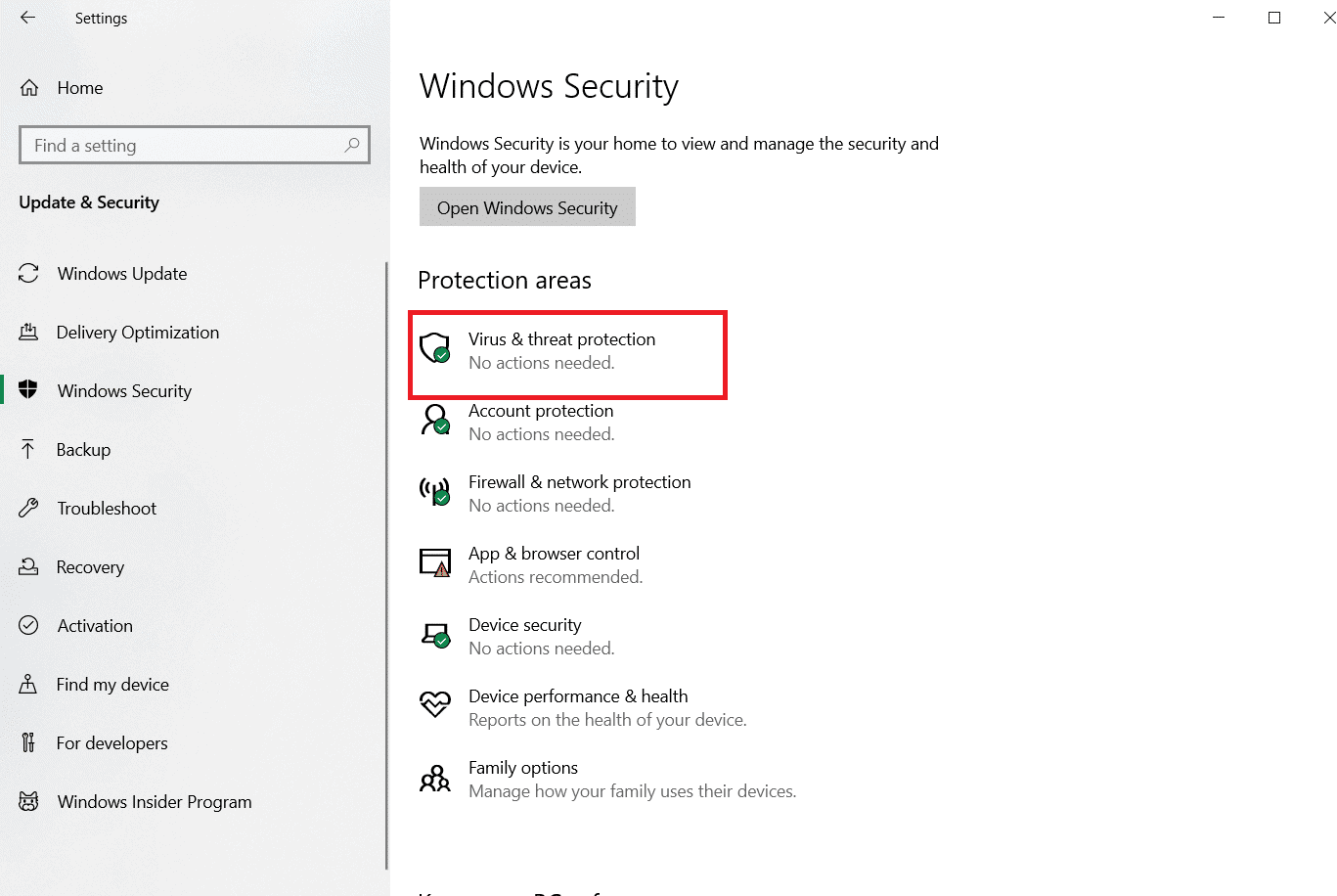 5. If you have the updated drivers you will see the message You’re up to date and if you don’t it will say Updates Available.

6. The updates will start downloading automatically if they are available.

7. You may need to restart your PC when the upgrades are completed.

You can perform Windows Defender definition update by using Command Prompt and a few lines of code. Follow the steps below.

1. Press the Windows key, type Command Prompt and click on Run as Administrator. 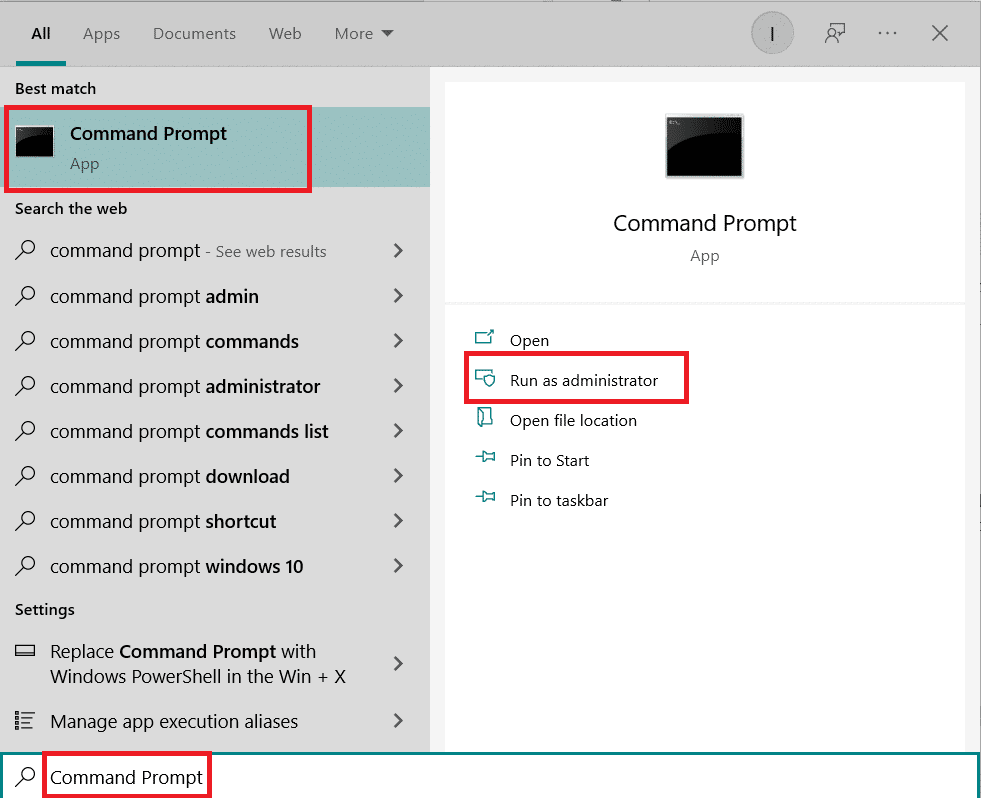 2. Type the following command and hit Enter key. It is used to clear cache data.

3. After that, type the following command and hit Enter key. This is the update command which will update defender definitions.

Wait for the commands to finish processing and after that windows defender definition update would be done.

Also Read: How to Block or Unblock Programs In Windows Defender Firewall

Similar to Command Prompt, you can run some codes in PowerShell to make windows defender definition update. Follow the steps below to do the same.

1. Hit the Windows key, type Windows PowerShell, and click on Run as Administrator. 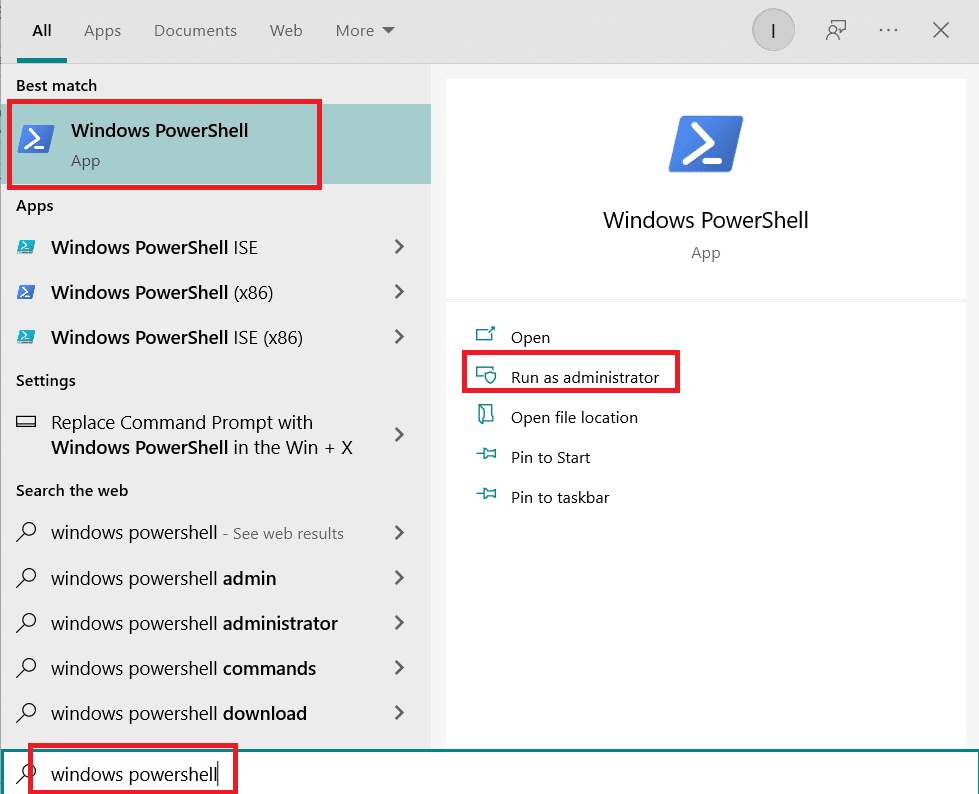 Note: Sometimes this command gives an error but it won’t stop the updates. Continue with next command in any case.

3. After that, type the given command and press Enter key.

Note: Wait for >> to appear on the screen after entering the first command. Only after that enter this command.

This method may not work always as Windows 10 keeps changing the update commands but you can give it try to update windows defender definition.

You can manually download Windows Defender definition update from Microsoft Security Intelligence download page by following the steps below.

2. Under Manually download the update section, navigate to Microsoft Defender Antivirus for Windows 10 and Windows 8.1. 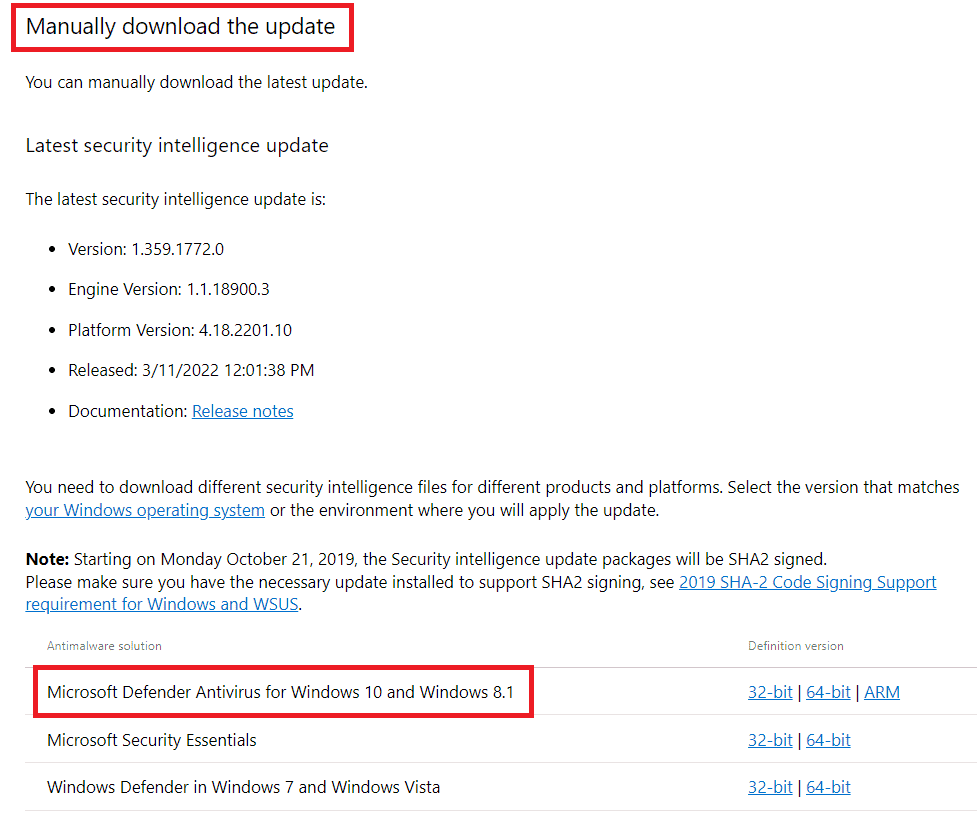 3. Now select 32-bit or 64-bit whichever option is compatible with your system.

4. A file named mpam-fe.exe will be downloaded.

5. Right-click on it and Run as Administrator.

6. Wait for a few seconds and the updates will be done.

Note: No screen or pop-up window will open after running mpam-fe.exe but rest assured the updates will begin processing.

Q1. Is Windows Defender up to the task?

Q2. What is the best cyber defense system?

Ans: One of the most effective cyber defenses for your device and network is the real-time protection. It examines any possible threats to a database of known malware, such as viruses and Trojans, and prevents them from inflicting harm before they have a chance to do so.

Q3. Is Microsoft Windows Defender available at no cost?

We hope that this guide was helpful and you were able to make Windows Defender definition update, we also covered how to do windows defender definition download. Let us know which method worked for you the best. If you have any queries or suggestions then feel free to drop them in the comments section.