In the recent digital and tech advancements and spontaneity, the issue of data storage hasn’t eloped our minds. Cloud computing and availing more and more storage for enormous data mounts, especially in the recent pandemic years has made so many organizations and individuals utilize a variety of NAS software to use online cloud servers to store and use data. Growing startups and small businesses often run into scalability issues when they cross the line between being too big to use public cloud storage services and too small to afford corporate storage options like Amazon Web Services. However, as more data is stored, public cloud storage services may rise from their initial low cost to an unaffordable price and hence the utility of NAS software will uprise in the future. About that, today’s article will provide you with some of the best free NAS software but before moving to the list, let’s understand a bit about how some of these NAS software work. 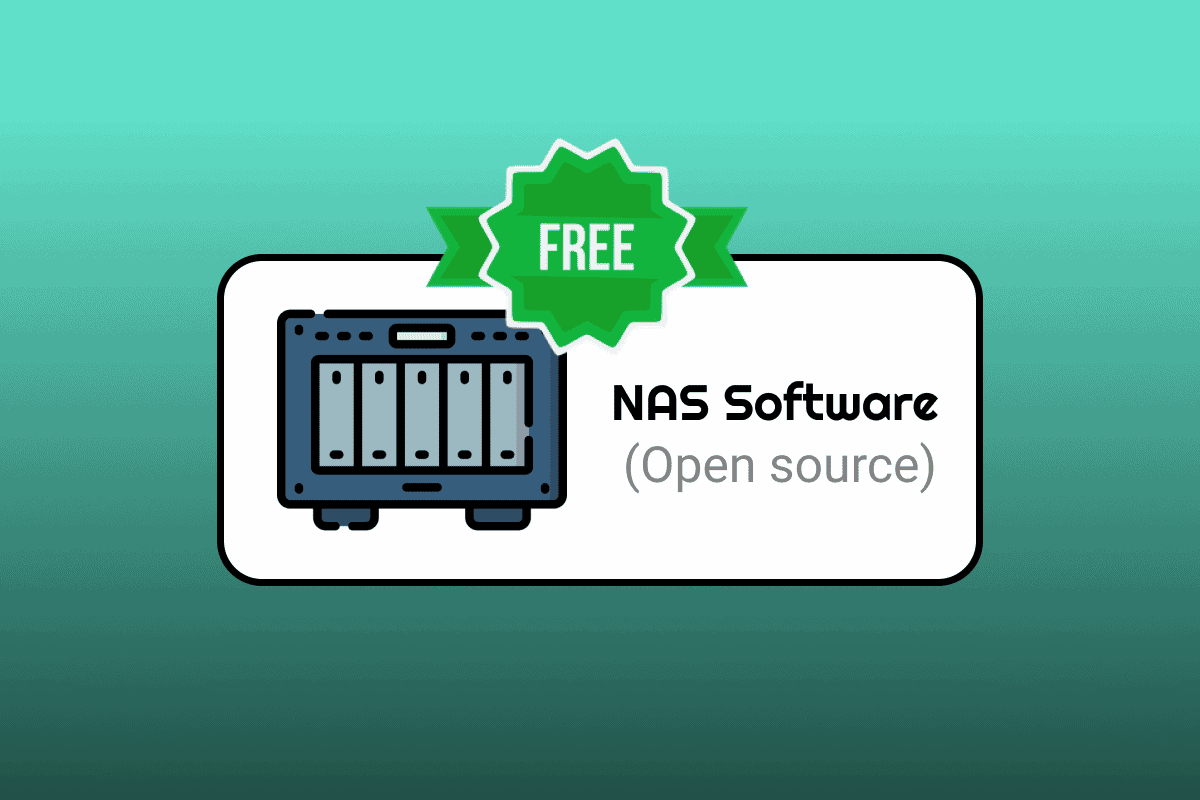 A centralized location for your data is provided by network attached storage, or NAS, devices, which may be utilized to solve space and storage problems. Through this network, people may access and share their data here round the clock. As a result of this, many businesses on the market provide software and hardware boxes that are ready-to-use solutions, including two seasoned suppliers like Synology and Qnap. It’s time we shoot towards the list of these NAS software.

Storage administrators now have a strong tool to handle the growing demand for storage thanks to Openfiler, which transforms an x86 64 architecture system that is widely used into a full-featured NAS/SAN appliance or IP storage gateway. When assigning and managing storage in a multi-platform network, Openfiler makes sure that storage managers may take full use of system performance and storage capacity resources.

For managing NAS (Network-Attached Storage) storage, we bring you another tiny FreeBSD-based distribution kit called FreeNAS, or TrueNAS as it is called by the new name. The system can be recorded on a CD card, flash drive, or any other storage device in addition to a hard drive. A web interface built on the M0n0wall project’s advancements is utilized for control. The supported file systems ZFS, UFS, FAT32, and NTFS are accessible by CIFS (Samba), FTP, or NFS. FreeNAS hence turns out to be a good choice to go for.

Amahi is a free NAS software project that was created from the ground up to serve as a user’s home server for sourcing and powering in. Your PC will allegedly be transformed into a fully functional Linux server. Support for hard drive monitoring, Outlook and iCal interfaces, calendar views, integrated search, personal wikis, calendar integration with Vista, plug-in support, dynamic DNS support, backup capabilities, and first-rate networking are just a few of this home server software’s standout features.

Pre-building a Turnkey solution would be an alternative to consider if you only want a basic server, such as basic network-connected storage. The file transfer protocols SFTP, SMB, NFS, WebDAV, and resync are all supported and compatible with this system. Using its file server, users may manage both private and public storage on Samba and SambaDAV. It also has a very user-friendly online graphical user interface and is counted in for the best NAS software.

The NAS solution of the future, Openmediavault, runs on Debian Linux. It includes services like SSH, (S)FTP, SMB/CIFS, DAAP media server, RSync, BitTorrent client, and many more. The framework may be improved with plugins because of its modular architecture. Although not exclusively, Openmediavault is largely intended for usage in home offices and small offices. Everyone will be able to install and manage a Network Attached Storage using this straightforward, user-friendly out-of-the-box solution which can a good choice in case of free NAS software.

A relatively affordable method of storing a backup of your critical data is the Rockstor NAS software. For data backup, it is compatible with both iSCSI and Fibre Channel, which are both extremely helpful. Numerous different operating systems support the program, which may be used to back up any type of data. It has sophisticated features including SMART check (for monitoring the health of your NAS), COW (non-volatile) disc, Jumbo Frames, encryption, built-in scheduler, Auto Reconfigure, and over 10Gbps uplinks.

In addition to being a file system, OpenDedupe is an open-source cloud storage gateway. It was created using the filesystem SDFS and the Datish NAS device and has been available since 2010. It might be a good idea to check out this inline deduplication file system, which is based on the NAS operating system and can be used for both local and cloud storage reasons.

It’s advised to have XigmaNAS software installed when an organization has a sizable number of networked devices, including servers and workstations. In on-site and off-site data centers, it is the perfect choice for data storage, analysis, management, and sharing. For mission-critical applications, the software has been created. It has been specially designed to function with a variety of file systems and network setups. Administrators may use a single central interface to centrally manage several NAS systems thanks to the software. To regulate the processor temperature, it’s also advised that you utilize one of the finest CPU monitoring programs which will prove how this tool made up with the best NAS software used on a vast scale.

Based on the great SCST project, Enterprise Storage OS is a kind of Linux distribution that aims to connect SCSI targets to compatible SANs (Fibre Channel, InfiniBand, iSCSI, FCoE). Briefly said, ESOS® can quickly transform a server equipped with the right hardware into a disc array that connects to your business Storage Area Network (SAN) and offers shareable block-level storage volumes. It is another one of best free NAS Software.

An all-in-one media player and home theatre PC program, Kodi was once known as XBMC. Despite not being specifically made to stream video, the well-known open source program is accessible across a variety of devices and can easily do a wide range of media-related tasks owing to a robust infrastructure of plugins. Most distributions’ repositories contain Kodi, which offers a wide range of configuration choices despite having good default settings out of the box and just actually needing to be aimed at your media library.

A Scale-Out SAN system with enormous scalability and performance is available as an open source called PetaSAN. By simply adding more nodes, the storage cluster may be expanded at any moment and in a way that is genuinely non-disruptive thanks to PetaSAN, which employs contemporary cloud-based technology to give this flexibility. Providing highly available clustered iSCSI SSDs is the only purpose for which PetaSAN was created. A PetaSAN iSCSI disc may have many access pathways, each of which is designated by a virtual IP address, and several storage nodes host these IP addresses in a cluster.

The EasyNAS distribution, as its name implies, removes the difficulties by making several assumptions on the part of the user, effectively streamlining the entire procedure. The distribution is based on OpenSUSE and, like the other two choices, includes a web-based administrative interface. Like Rockstor, EasyNAS solely employs the Btrfs filesystem. But keep in mind that EasyNAS lacks numerous configuration choices and deployment flexibility compared to other solutions because it is intended for novice NAS users.

Nexenta is also one of free NAS Software community edition of a commercial storage system. The fact that the free edition can accommodate approximately 18TB of storage is its finest feature. It is built on open Solaris called Illumos and includes ZFS support. It is merely a stripped-down version of a commercial product, so don’t bother about stability, support, or updates. This is highly helpful for small enterprises and home users, although it has few features. You should use business Nexenta if you’re searching for a large enterprise grasp function.

Also Read: How to Hide Recent Files and Folders on Windows 11 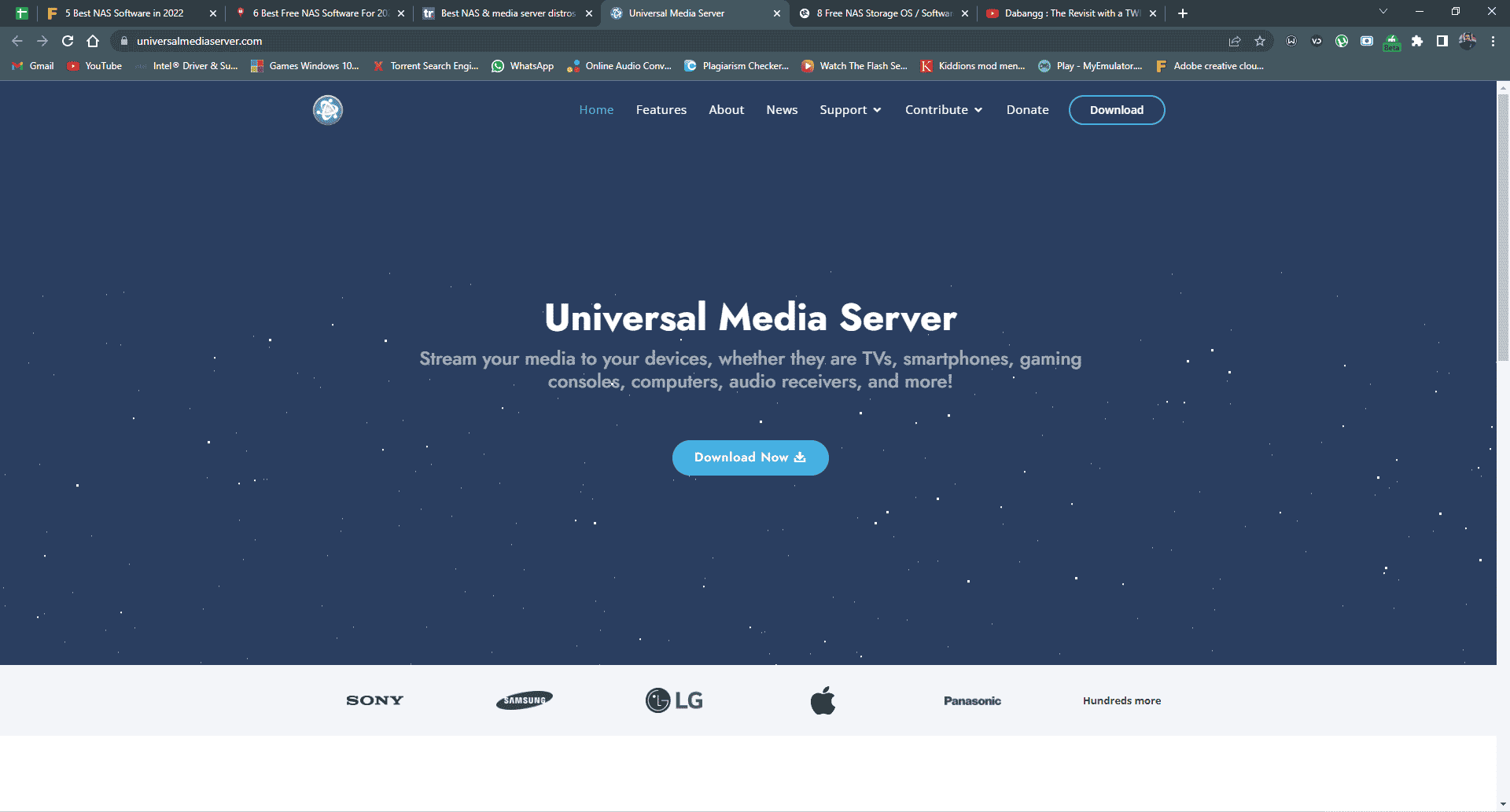 The Universal Media Server (UMS), another popular DLNA-compliant server, was originally cloned from the PS3 Media Server project to expand its mission with a plethora of additional console-independent functionality. The Java-based GPL-licensed server runs on Linux, Mac OS X, and Windows. It is created under the GPL license. UMS has an administrative panel that includes many adjustable options and useful tooltips to aid novice users even though it may be used right away after installation. UMS may stream video, audio, or images to any DLNA-compatible device, including consoles, several TVs, Blu-ray players, and more. DLNA streaming capabilities for the iPhone and Android are also available through the download of applications. As a last option, streaming media also has a web interface.

This is the list of the best amongst the sea of free NAS software. If you liked the article, do share your feedback in the comment section below and also mention any NAS software which we might have missed here, until then, don’t forget to check out other relevant topics on the website and we’ll see you in the next one! 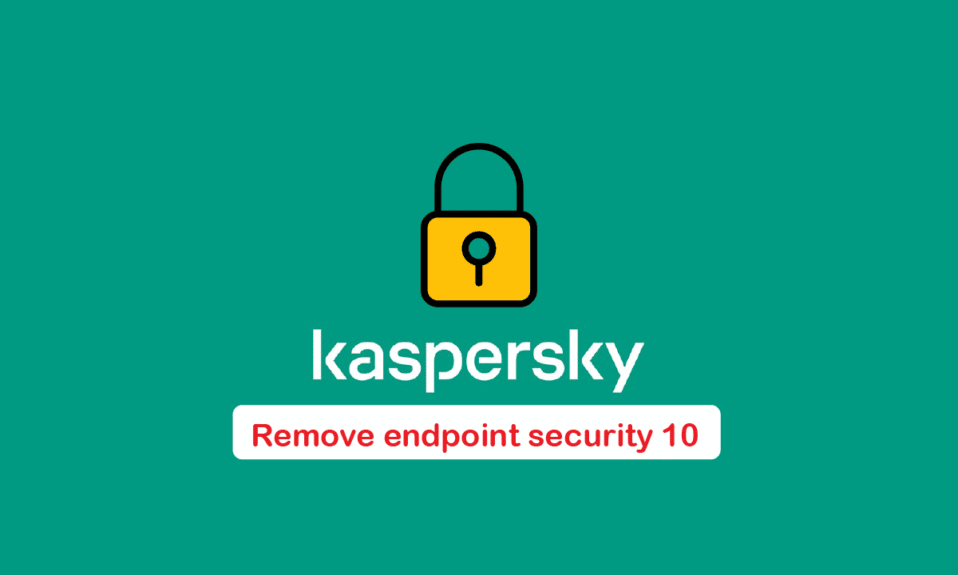 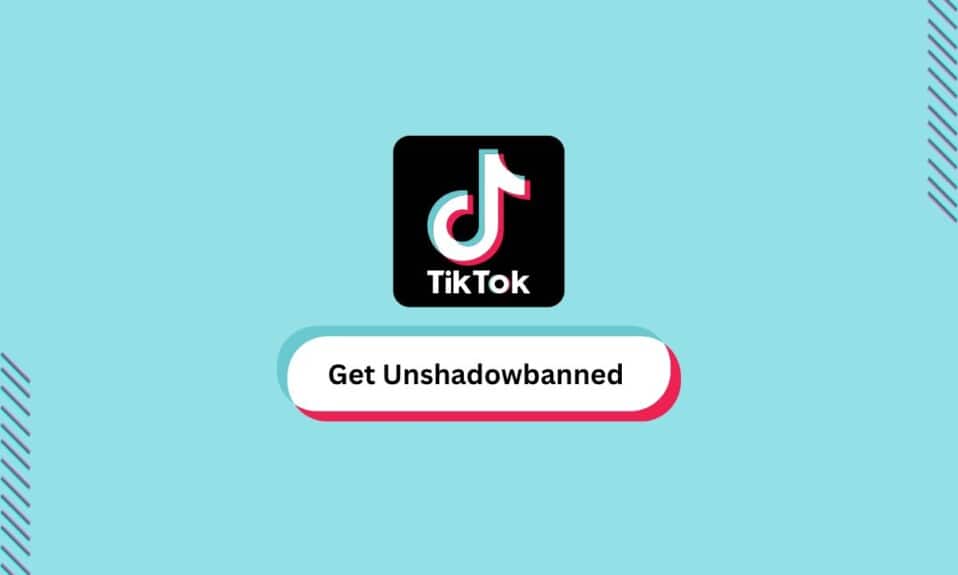 What is Shadow Ban on TikTok? 5 Ways to Get Unshadowbanned