We have all heard about Excel, and most of us have used it at some point in time. Excel, though gets easy to use once you get used to it, but it can be a little confusing for beginners. Do you want to know what is the difference between Xlookup and Vlookup? Or are you wondering when to use Vlookup instead of Xlookup? If yes, then you are in the right place, and in this article, we are going to resolve every doubt of yours. Hang onto this page to find out. 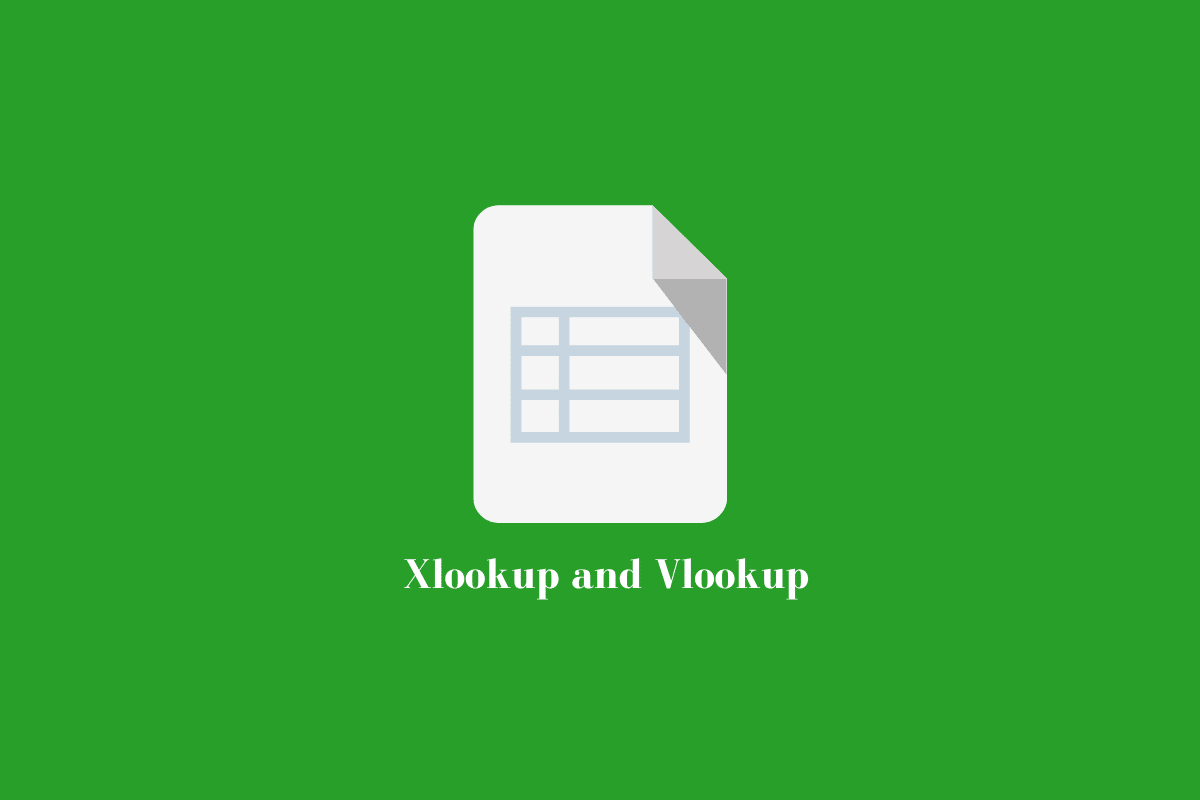 What is the Difference Between XLOOKUP and VLOOKUP?

The lookup functions are one of the most popular formulas in Excel, and they are used to search for one value in a column and return the corresponding value from another column. This function is one of the most used functions in Excel and has hence become one of the most frequently used formulas. Keep reading to find out what is the difference between XLOOKUP and VLOOKUP.

Before diving into the polarity of both functions, let’s first understand what XLOOKUP and VLOOKUP exactly are. XLOOKUP function to search things in a table or range by rows. To look up something you want to search for, you can look in one column for a search term and return a result from the same row in another column, regardless of which side the return column is on. VLOOKUP is the function that finds things in a table or a range by row.

Over the years, VLOOKUP has been one of the most used formulas, but Microsoft Excel has introduced a new Lookup function that is nothing but XLOOKUP for its latest Office 2019 as well as Office 365 versions. XLOOKUP is an improved version of VLOOKUP, which is why XLOOKUP has been so popular. Users have the same expectations of XLOOKUP as well. So, let us first understand XLOOKUP vs VLOOKUP. 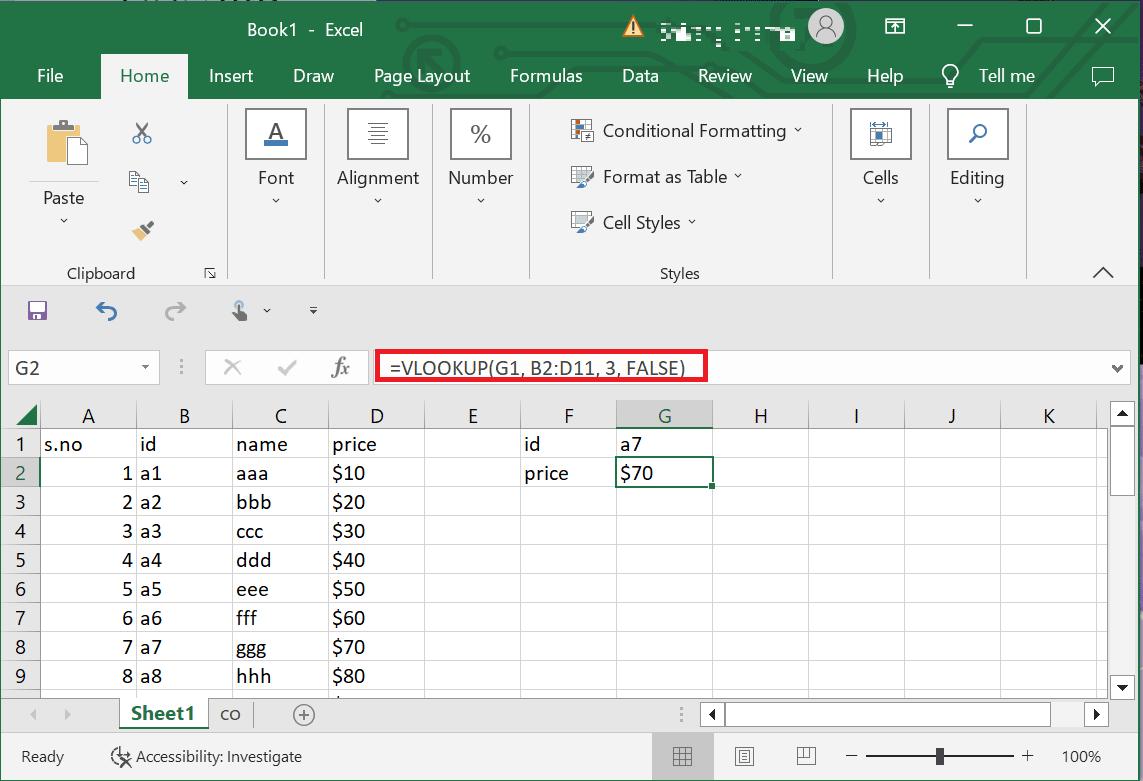 XLOOKUP, which is a dynamic function that gets away with the column index number argument. This means that you don’t need to stress about counting how many columns are in a table. All you need to do is specify the lookup and search columns. This way you will save a lot of time.

XLOOKUP is convenient to use as it allows you to input a customer error message in the if not found text that shows up if the lookup value is not found.

Although things are not the same with VLOOKUP. It does not offer similar functionality, and you might need to use other functions like IFERROR as a workaround in cases where accurate matches are not found.

With VLOOKUP, when you add or move the columns then you will have to do the extra work of doing the entire formula again. This can be quite annoying once you are done establishing your model and want to make changes.

Whereas, XLOOKUP is a more flexible and robust functionality that allows you as the user to add or remove columns without stressing about errors. You need to just make sure that you do not insert a column or row outside the lookup array because, in this case, the function will return an error.

Difference Between XLOOKUP and VLOOKUP

We have already discussed the key differences between XLOOKUP and VLOOKUP but it isn’t the end. We have listed out further differences that will help you understand the difference between both of them.

Is XLOOKUP Faster than VLOOKUP?

No, after experimenting and comparing XLOOKUP and VLOOKUP, we confirm that XLOOKUP is comparatively slower than VLOOKUP. Though almost every Excel formula is fast and so is XLOOKUP. XLOOKUP is a better version of VLOOKUP, yes, and it gives you more accuracy in results than its predecessor, but when it comes to XLOOKUP vs VLOOKUP speed, it is slightly behind.

When to Use VLOOKUP Instead of XLOOKUP?

If you have an idea of what VLOOKUP and XLOOKUP are, you probably want to know when to use them. Let us first understand why people tend to use VLOOKUP instead of XLOOKUP.

1. The very first reason has to do with compatibility, as XLOOKUP is easily available on Microsoft 365 and Excel 2021. Due to this reason, if you have the Excel 2019 version or earlier, XLOOKUP wouldn’t even work. Since XLOOKUP is not backward compatible, once you send a file, the receivers would not be able to use it. Though initially, they will be able to see the results of the XLOOKUP formula in the file, but any recalculation or modification of the formula will result in a #NAME error.

2. Even though we are aware that XLOOKUP is better than its predecessor but often times many people are not aware of this XLOOKUP function. This is the reason why you may want to use VLOOKUP as many are not even aware of it.

Also Read: Difference Between Rows and Columns in Excel

Yes, XLOOKUP function can check multiple columns at once. To check the statement, you can try inputting the range of consecutive columns in the return array and it will return all the columns.

Q1. How many rows can XLOOKUP handle?

Q2. Can XLOOKUP return all matches?

Ans. No, currently you cannot return multiple lookup results with this function.

Q3. Is there something better than VLOOKUP?

Ans. Yes, there is obviously something out there better than VLOOKUP and it is the LOOKUP function. It is less restrictive compared to VLOOKUP and is comparatively new as it was only introduced in 2016.

When it is  XLOOKUP vs VLOOKUP, without a doubt, both functions are useful in their own field but XLOOKUP offers more features which makes it better than VLOOKUP. We hope that this article helped you understand what is the difference between XLOOKUP and VLOOKUP. Feel free to ask your doubts and share your suggestions in the comment section below. We would love to hear from you.