Home » How to Hack the Chrome Dinosaur Game

How to Hack the Chrome Dinosaur Game

The ‘No internet’ indication on any platform is viewed as a dreaded message. Without internet connectivity, users are forced to stare into the blank void of their screens, often followed by a tantalizing wait. But for users of chrome, the ‘no internet’ message has always had a different meaning. The dino game that pops up when there is no internet is increasingly becoming a fan favorite. Users have spent countless hours trying to master the game and even participated in competitions. If you have come across the game and want to impress your friends by posting an incredibly high score, here’s a guide on how to hack the Chrome Dinosaur game. 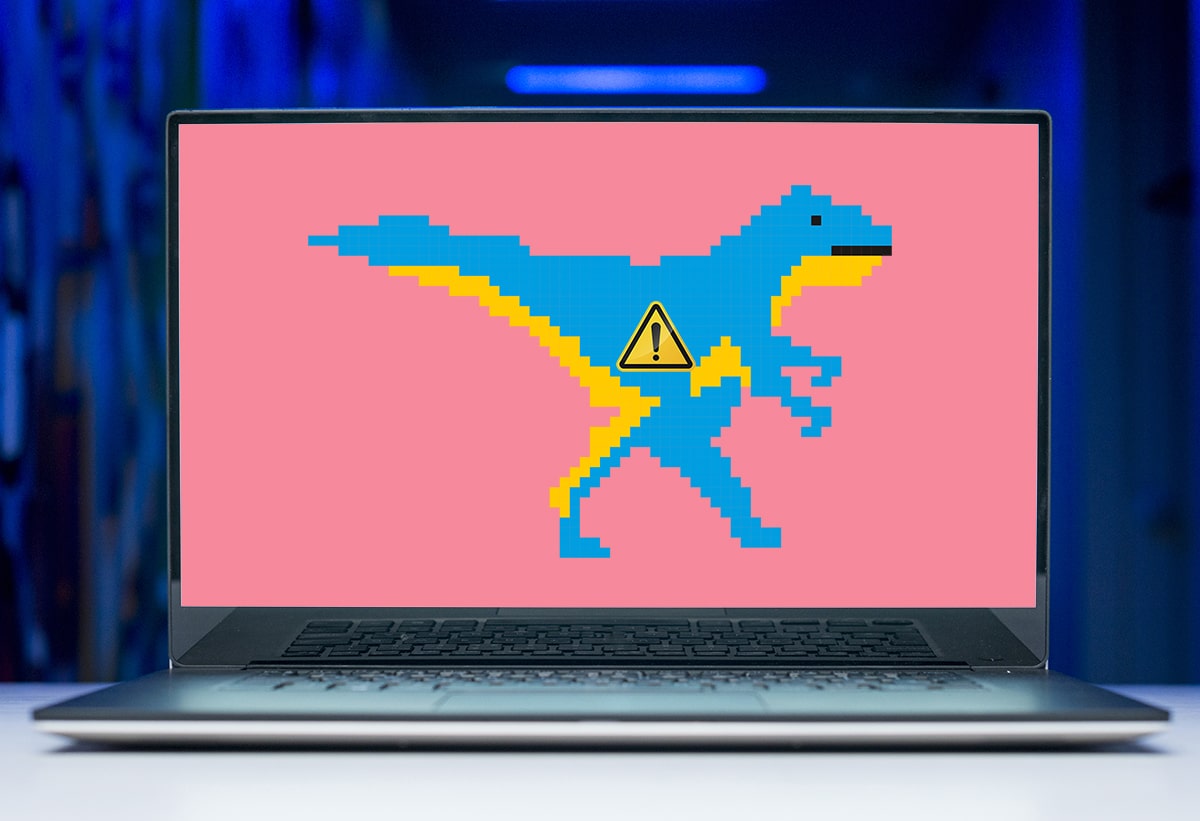 How to Hack the Chrome Dinosaur Game

What is the Chrome Dinosaur Game?

The Dino game of the T-Rex game in Chrome is an innovative way of keeping users occupied while waiting for their internet connectivity to resume. The game involves a two-dimensional 8-bit T-Rex running across the desert. Throughout its journey, the dinosaur has encounters with cactuses and flying dinosaurs. The objective of the game is to avoid all obstacles by pressing the space button and jumping or by using the arrow key to jump or duck. Filled with cool little day and night animations along with an annoying sound effect, the game is becoming more realistic and fun every time. While the game’s original intention was to provide a simple pastime, it has cultivated a hard-core gaming fanbase with over 270 million games played in a month.

Accessing the dinosaur game in Chrome is perhaps the easiest thing ever. You need to disconnect your internet service and head onto Chrome, and voila, the game is ready. Alternatively, you can open Chrome and type the following code in the URL bar: chrome://dino. You will be redirected to the game with your internet intact. Once you have managed to access it, here’s how you can go about hacking the Chrome dino game.

How to Hack the Hidden Google Chrome Dinosaur Game

Hacking the hidden Chrome dino game allows you to boast in front of your friends and find out what happens in the game’s later stages. The process involves a little bit of coding, but that shouldn’t be a cause for concern as the codes are really simple and can be copy-pasted from this article.

1. Open the Chrome dinosaur game and right-click on the screen. 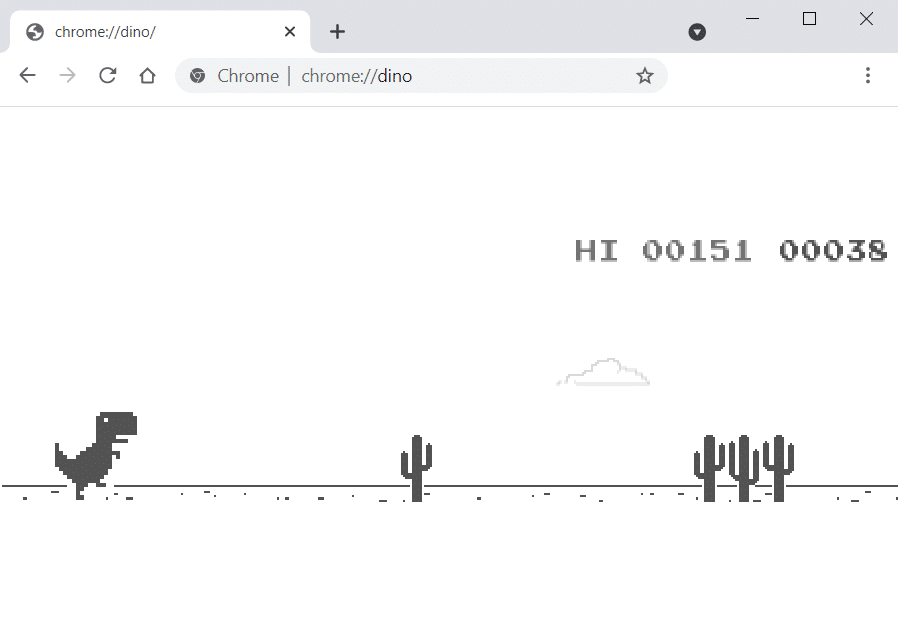 3. A bunch of codes will appear on the right side of your screen. On the panel above the inspection page, click on ‘Console.’

4. In the console area, first enter this code: var original = Runner.prototype.gameover. This code stores the original game in a static function. In simpler terms, we are defining the code that makes the game run.

5. Hit ‘Enter’. You will see a message that says ‘undefined’. Ignore the message and proceed.

6. Then type in this code: prototype.gameOver = function (){}and hit enter again. This code gives value to the function we defined earlier. Notice how the brackets are blank; this means that the ‘Game Over’ function is empty, implying that the game can never end.

7. And that’s it; you can try playing the game endlessly until the end of time, without losing.

How to Increase the Speed of the Game

The dino game, while entertaining, takes time to speed up and become really interesting. If you want to quicken the process by giving the beloved T-Rex an extra jolt of speed, read ahead:

1. Right-click on the screen to open the ‘Inspect’ window. Alternatively, you can press Ctrl + Shift + I to complete the same procedure.

2. Once again, click on the option titled ‘Console’ from the panels above.

4. Your T-Rex should be zooming at an incredible pace now. To make things even crazier, you can add a few more zeroes in the code bracket.

How to End the Game

If you feel like you have a score decent enough to baffle your friends, you can end the game and boast an incredibly high score to your game. Here’s how you can end dino’s immortality and conclude the game.

1. Using the steps mentioned above, open the inspect window and navigate to the ‘Console’ panel.

2. In the given window, enter the following code prototype.gameOver=original.

3. This will instantly end dino’s immortality and run and restore the original properties of the game.

With that, you have managed to hack the dino game and make T-Rex invincible. You can play until you have a desirable score and then share it with your friends.

We hope that this guide was helpful and you were able to hack the Chrome Dinosaur game. If you still have any queries regarding this article, then feel free to ask them in the comments section.