What is hkcmd? Why is this process always active in Task Manager? Is hkcmd.exe a security threat? Is it safe to close it since its consuming CPU resources? hkcmd module: should I remove it or not? Answers to all these questions will be found here. Many users reported that the hkcmd.exe process auto-starts itself during every login. But, they may have confused it with hkcmd executable. So, continue reading to find out more about it. 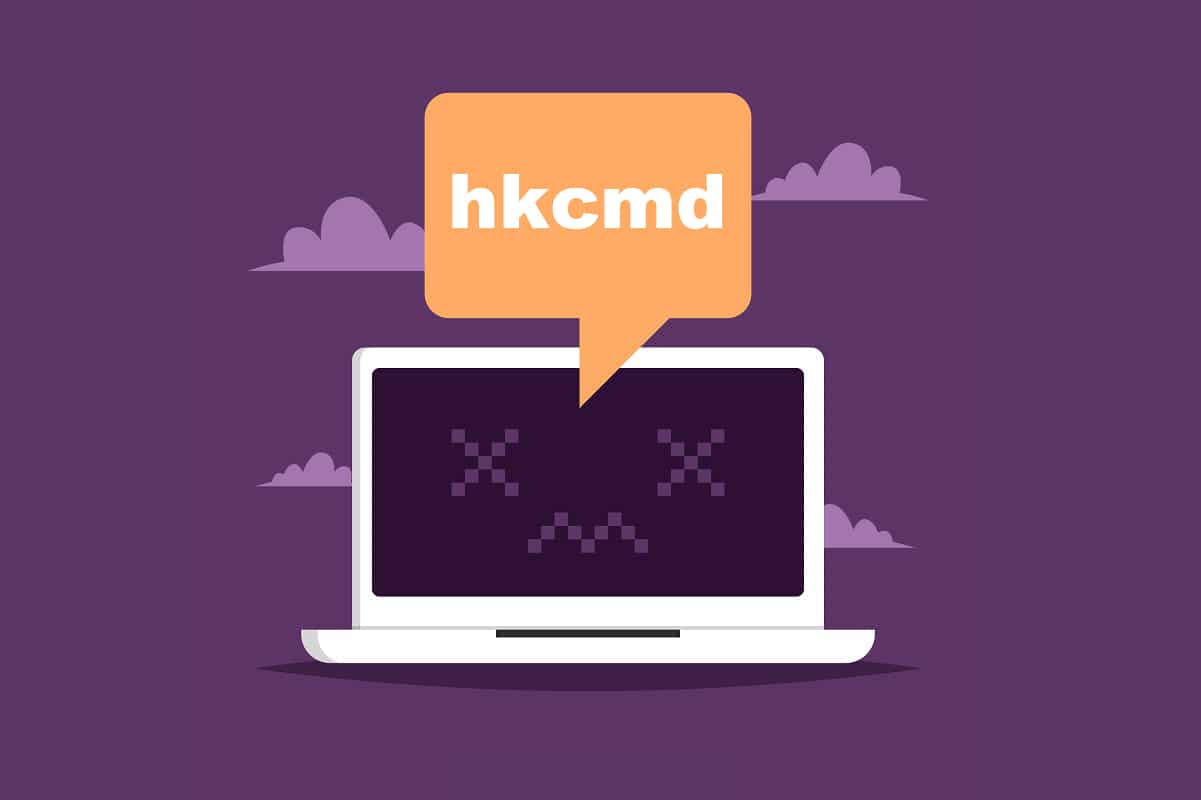 The hkcmd executable is essentially a hotkey interpreter belonging to Intel. Hotkey Command is abbreviated as HKCMD. It is generally, found in Intel 810 and 815 driver chipsets. Many users believe that the hkcmd.exe file belongs to the Windows operating system files. But that is not true! This file usually, runs every time during system startup through an invisible window. The hkcmd.exe files are not necessary for Windows, and you may delete them, if necessary. They are stored in C:\Windows\System32 folder. The file size may vary from 77,824 bytes to 173592 bytes which is quite large and lead to excessive CPU usage.

You can use various customized properties of Intel graphics cards by means of the hkcmd.exe file. For instance, if you have hkcmd.exe file enabled on your system, press Ctrl+Alt+F12 keys together, you will be navigated to the Intel Graphics and Media Control Panel of your graphics card. You need not scroll through the series of clicks to reach this option, as shown below. 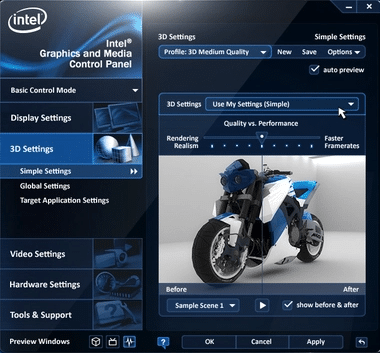 Also Read: How to Rotate Your Computer Screen

Is hkcmd.exe a Security Threat?

Basically, hkcmd.exe files are technically verified by Intel and are genuine files. However, the threat rating is still 30%. The threat level of the hkcmd.exe file depends on the location where it is placed inside the system, as explained in the table below:

Since it runs in the background and starts up every time you log into the system, it may be infected with malware or a virus. This may harm your system and will lead to data interruption. Some malware may camouflage as hkcmd.exe file to hide in the said folders in given formats:

If you face a security threat like virus infection, start inspecting the system by verifying whether the hkcmd.exe file can execute hotkey combinations in Intel Graphical Processing Unit or not. Perform an antivirus scan or a malware scan, if you begin to face troubles with the functioning of the system.

What are hkcmd.exe Errors on Windows PC?

You may face various errors related to the hkcmd.exe file which may affect the graphical performance of your Windows PC. The most common issues being:

hkcmd Module: Should I Remove it?

It is not necessary to remove hkcmd files in your system. They are integrated components of Intel, and removing them might result in system instability issues. So, remove the hkcmd module from your device only if your antivirus spots it as a malicious file. If you choose to remove the hkcmd.exe file, then you need to uninstall Intel(R) Graphics Media Accelerator from your system.

Note 1: You are not advised to delete the hkcmd.exe file manually since it may collapse Intel Common User Interface.

Note 2: If the hkcmd.exe file is deleted or absent in your system, you cannot access its shortcuts either.

Follow the given steps to stop hkcmd.exe startup through the Intel Extreme Graphics interface: 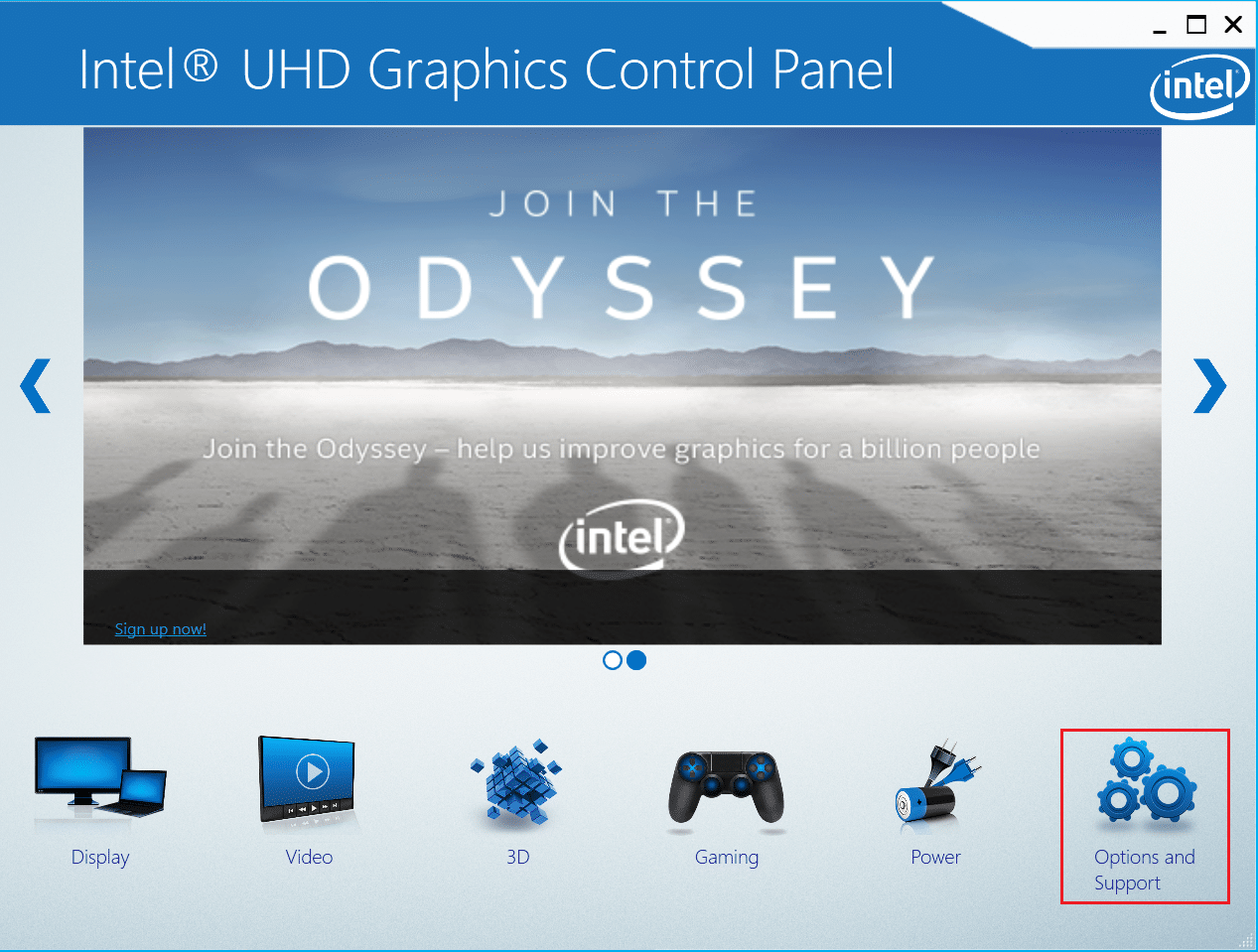 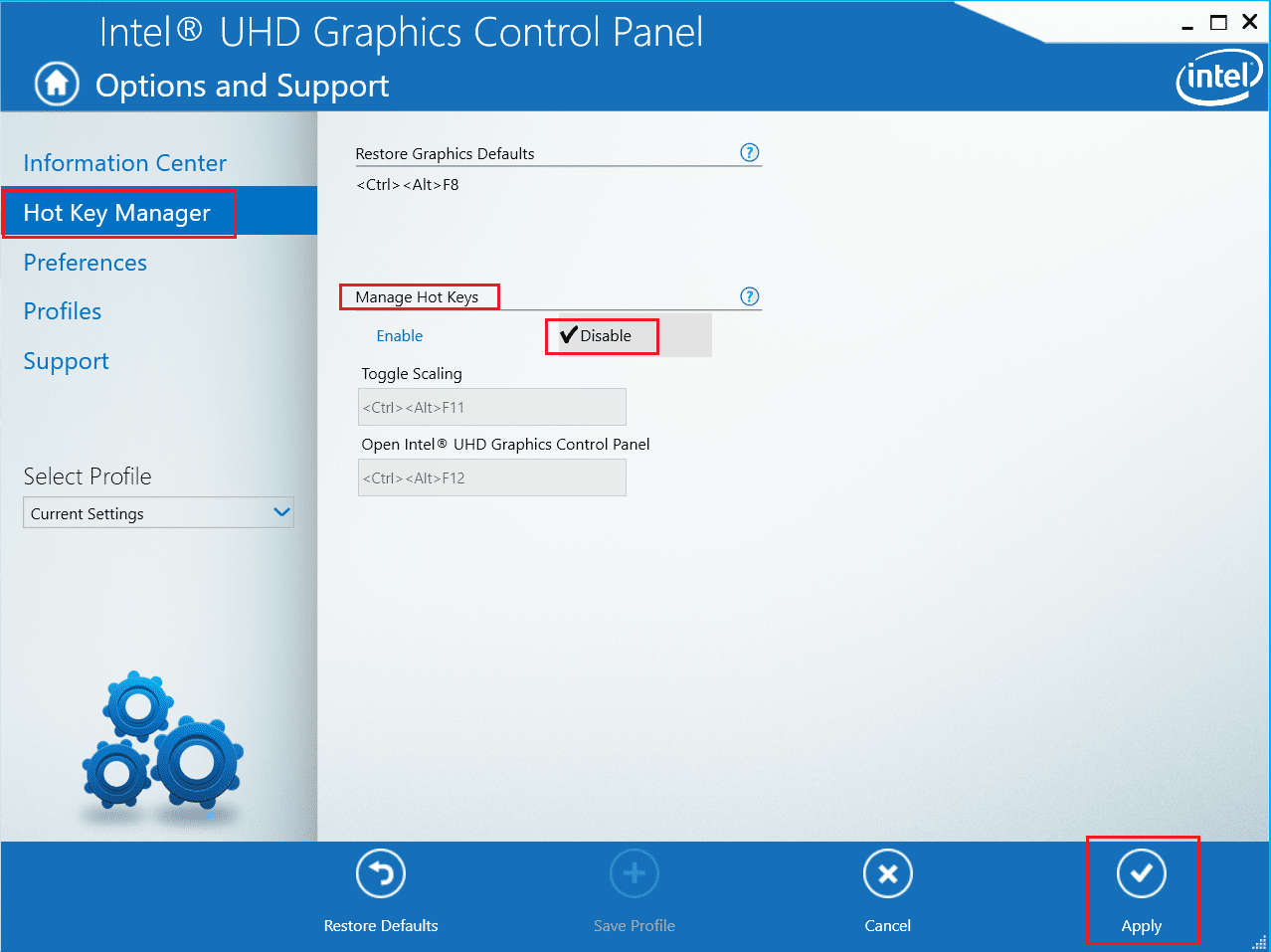 4. Finally, click on the Apply button to save these changes.

Also Read: How to Enable or Disable Adaptive Brightness in Windows 10

If you want to learn how to remove hkcmd.exe files from your system permanently, keep reading. Any common glitches associated with a software program can be resolved when you uninstall the application entirely from your system and reinstall it again.

Note: Make sure to log into the system as an administrator to make the desired changes.

Method 1: Uninstall from Programs and Features

Here is how to implement the same using Control Panel:

1. Launch Control Panel from the Windows search bar, as shown. 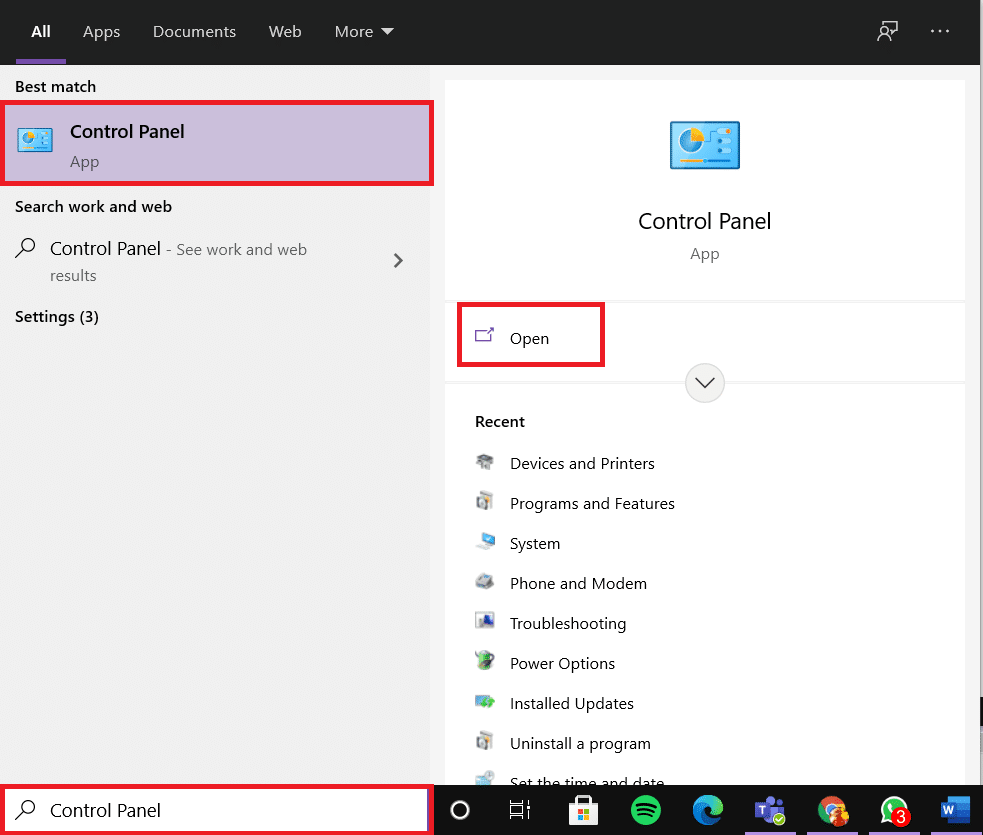 2. Set View by > Small icons and click on Programs and Features, as depicted. 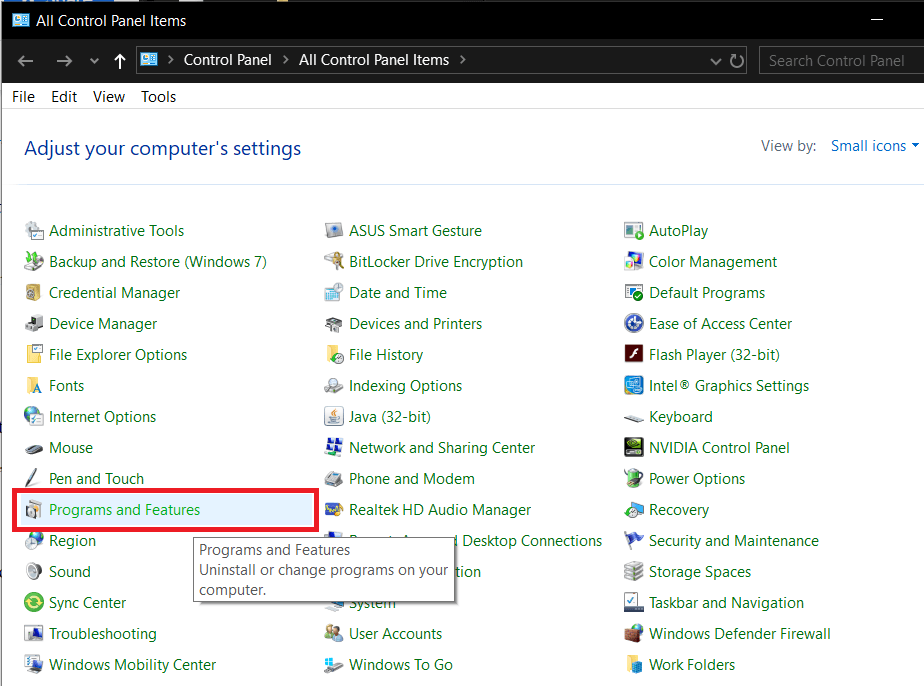 3. In the Uninstall or change a program window that appears, right-click on hkcmd.exe and select Uninstall. 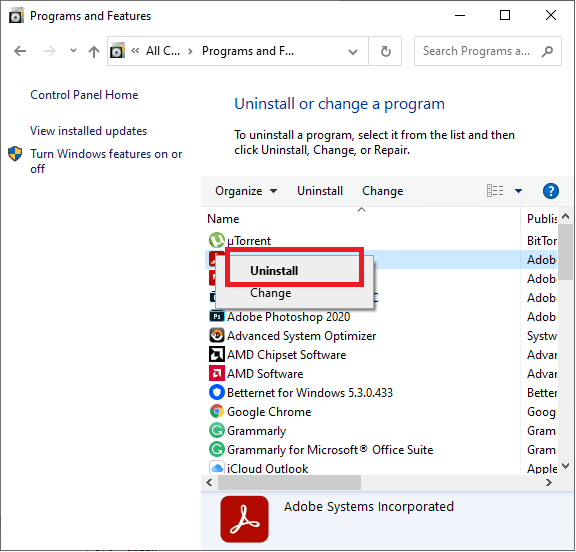 1. Go to the Start menu and type Apps. 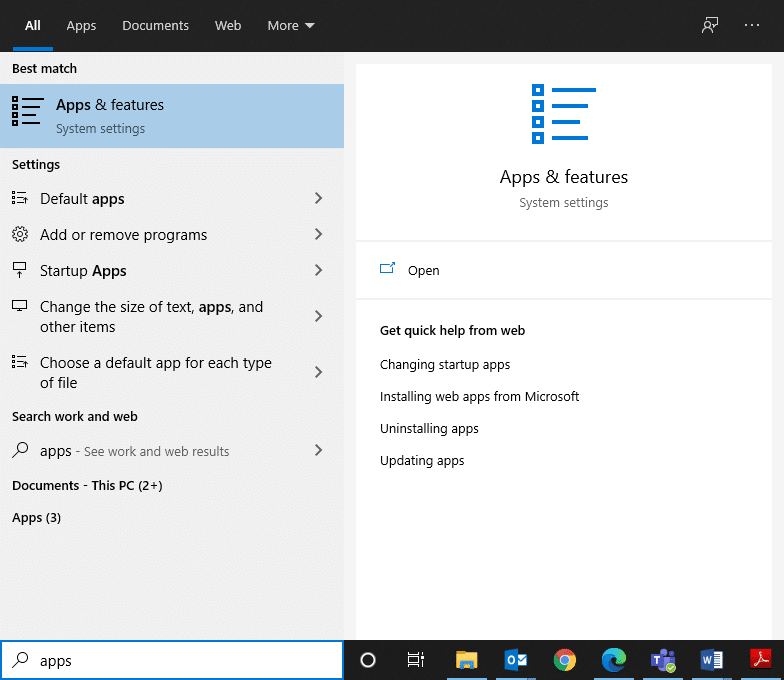 3. Type hkcmd in the Search this list field and select it.

6. If the programs have been deleted from the system, you can confirm by searching it again. You will receive a message: We couldn’t find anything to show here. Double-check your search criteria, as shown below. 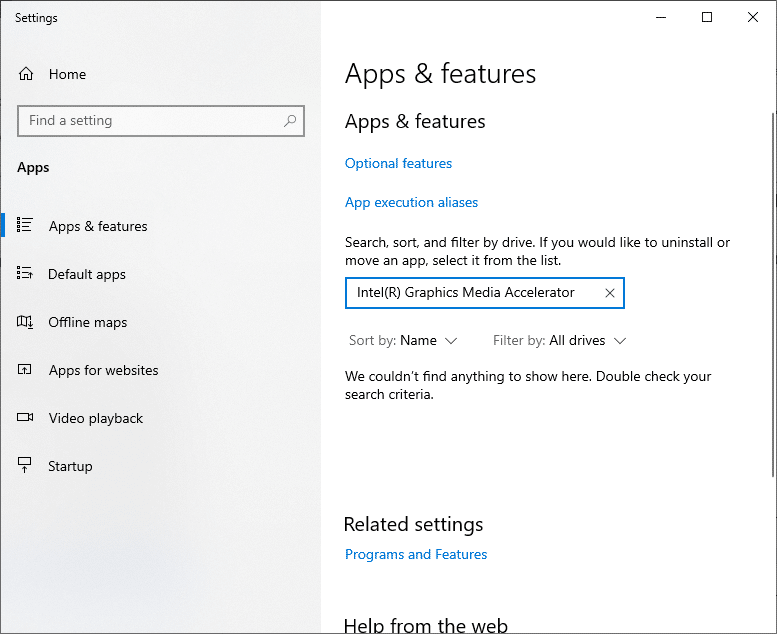 We hope that this guide helped you got answers to all your queries like: what is hkcmd, is hkcmd.exe a security threat, and hkcmd module: should I remove it. If you have any queries or suggestions, then feel free to drop them in the comments section. 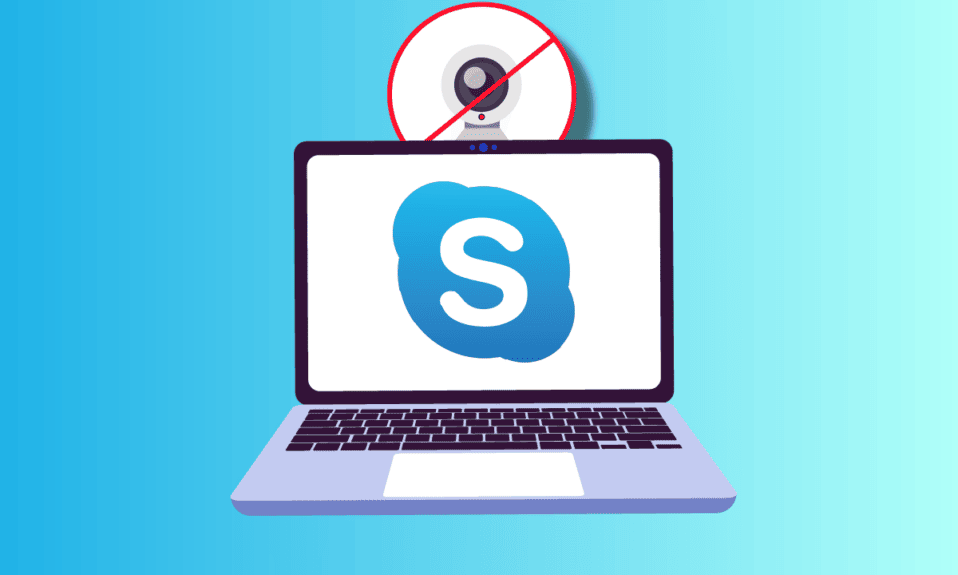 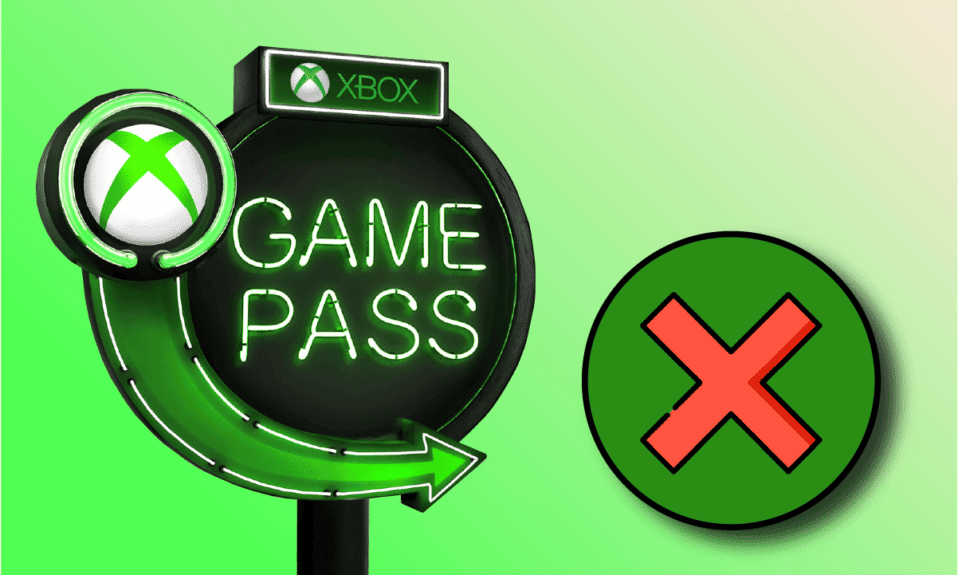 How to Cancel Xbox Game Pass on PC 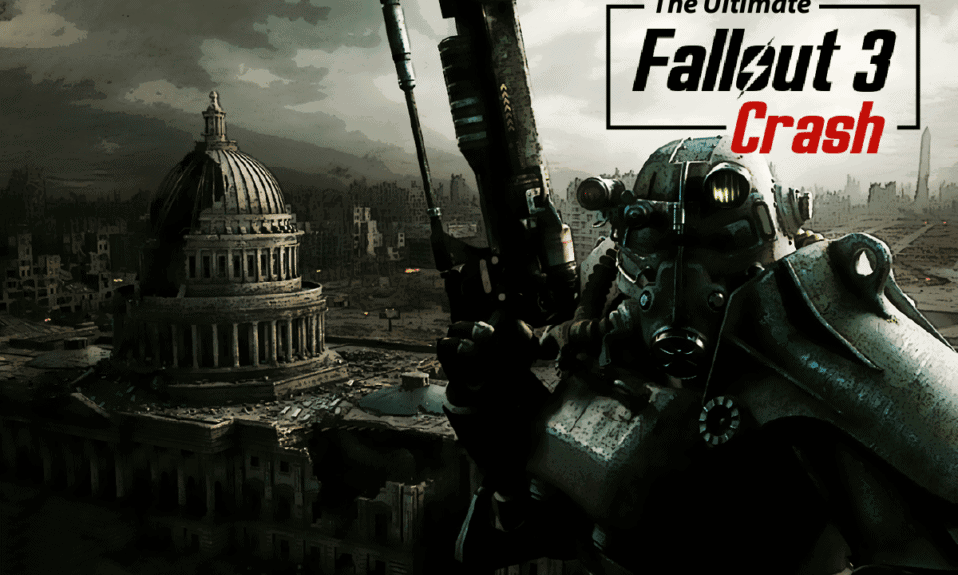 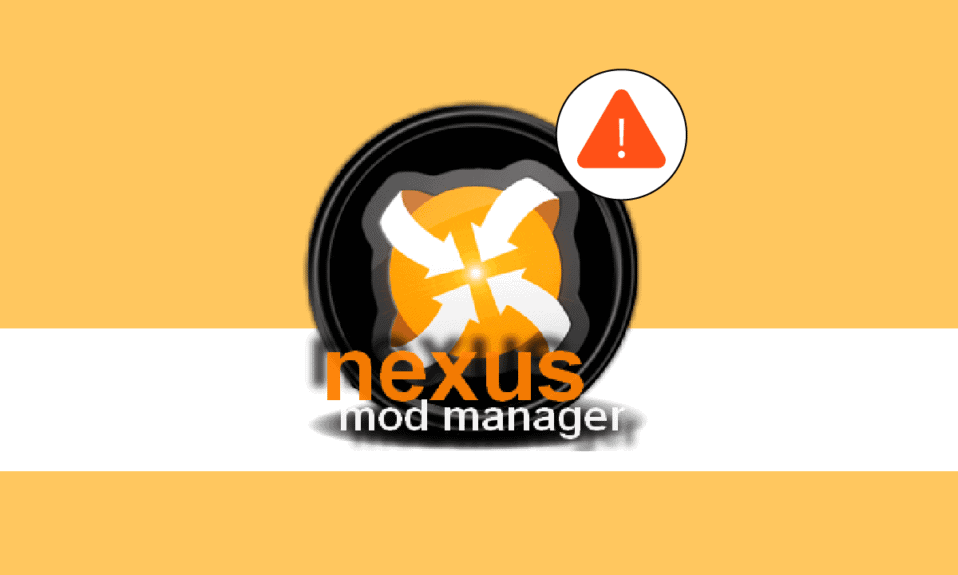